Digital payments on a steady rise in the Philippines, boosted primarily by greater acceptance and use of retail payments 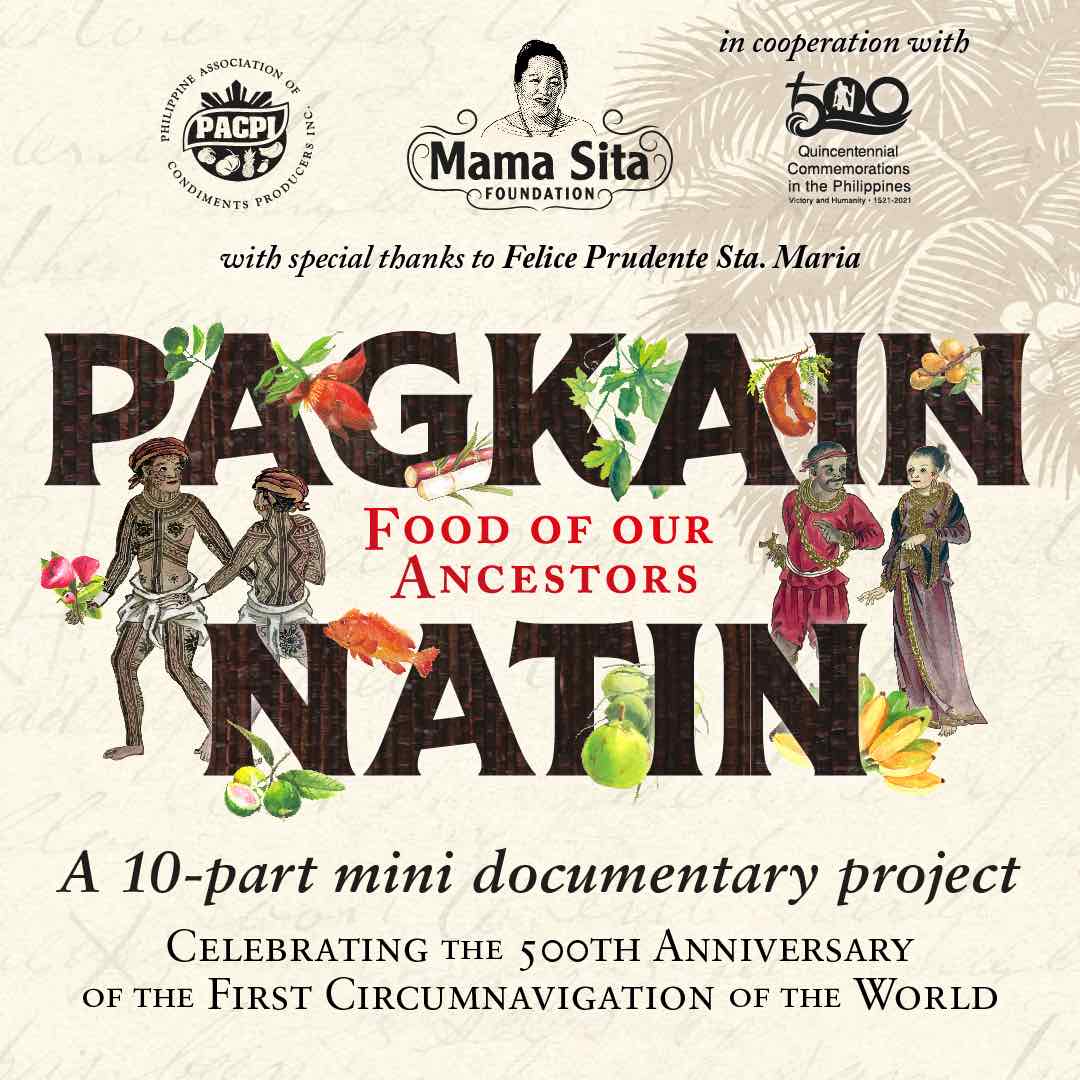 The aim of the series, episodes of which are set to be released throughout the year, is to celebrate the rich Filipino food culture, from cuisine to customs, as it was found by the circumnavigators when they landed in Eastern Visayas 500 years ago.

Present at the launch on March 18, 2021 through Facebook Live were Philippine culinary historian Felice Prudente-Sta. Maria, Samar historian Rosario Nabong-Carbado, Philippine culinary advocate and founder of Via Mare Glenda Rosales-Barretto and President of the Mama Sita Foundation Clara Reyes-Lapus. Together with their host Ian Alfonso of the National Historical Commission of the Philippines, they talked about the first episode, “The Welcome,” which focused on food as a gift for receiving others and the cultural aspect of sharing a meal as a sign of friendship.

Learnings
“Our culture makes us want to feed people. We become happy if we can feed people, and that’s part of being Filipino,” says Sta. Maria, relating the story of the reception received by the crew of Magellan after having crossed the Pacific Ocean from South America. True enough, accounts of the first meeting are about sharing a meal of fish, coconut wine, coconut, rice and rice cakes.

The food of our ancestors was all about freshness: it boasted of the richness of the resources of the islands. Fish in broth, meat in broth, kinilaw (vinegar cooked fish) & other vinegar dishes, tuba, rice, kakanin (sweet rice desserts) and porridge…not to mention whole foods that came aplenty like ginger, coconut, batuan (souring agent found only in certain places) as well as banana. The conversation went from what Pigafetta found and chronicled, to what could be discovered of our food culture by gleaning through the earliest dictionaries published, to discovering how the early Filipinos used the spices (like cinnamon bark) in cooking (surprise! it was used for firewood).

With candor, the guest speakers opened a conversation on Philippine cuisine to piece together a picture of how our ancestors cooked and ate, how they grew, caught and regarded their food as well as how they lived. Looking at history, indeed, gives insight on how the culture of our ancestors very much permeates the culture we inherit today.

Other Episodes
Future episodes of the series are set to show throughout the year: “The Coconut,” “Tuba,” “Vinegar,” “Fish,” “Chicken,” “Rice,” “Leaf-wrapped Food,” “Roasting,” and one entitled “1521 to 2021.” They are going to be accessible through the “Mga Kuwentong Pagkain” Facebook Page and will be available to the general public as a resource.

The Mama Sita Foundation, with its work with agriculturalists and food producers, is happy to promote Philippine cuisine through the production of this documentary series. “It can be said that the Mama Sita Foundation was destined to bring the good news about the food of our ancestors to successor generations in the Philippines and overseas. That to this day, the very same produce that Pigafetta noted in his account of Magellan’s visit—the coconut, the rice, the vinegar, the tuba, the fowl and the seafood—remain staples of our daily diet,” says President Clara Reyes-Lapus. “The Mama Sita Foundation is ever more determined to support national efforts at food security at home and Philippine food promotion worldwide.”

She continues, “It is our hope that the message of the celebration of the first circumnavigation and the production of the series ‘Pagkain Natin: Food of Our Ancestors’ will not end as a mere commemoration. We believe that its dissemination in the mass and social media will serve to underscore our resolve to ensure that ‘Pagkain Natin: Food of Our Ancestors’ remains a valuable resource for continuous improvement and a lucrative opportunity for income generation for the benefit of generations to come.”

Watch out for the next episodes of the 10-part series, “Pagkain Natin: Food of Our Ancestors,” in the coming months. For more information about the Mama Sita Foundation, visit the website at www.mamasitafoundation.com.