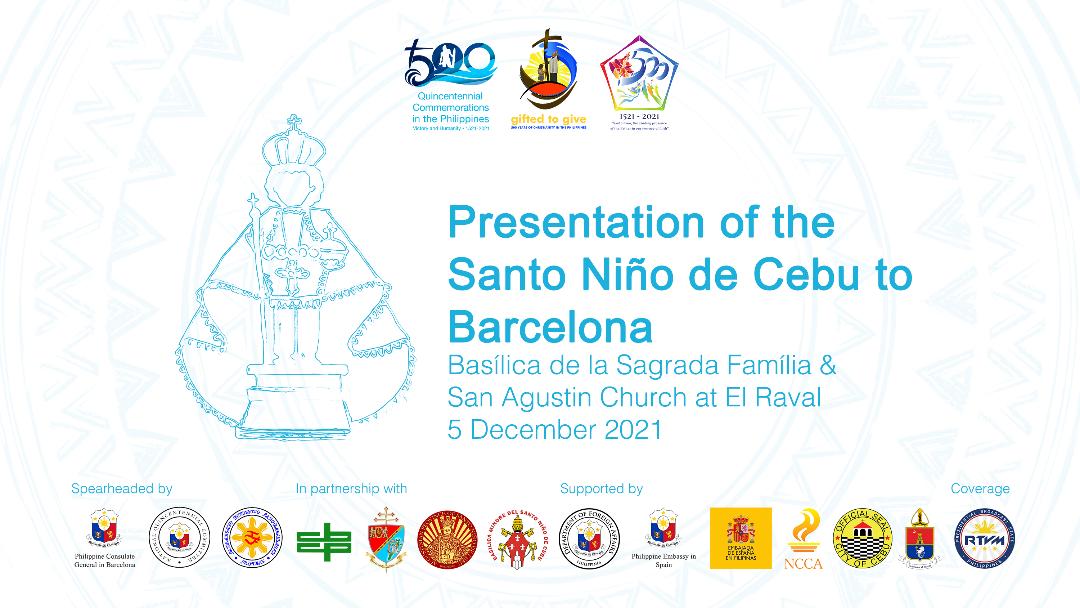 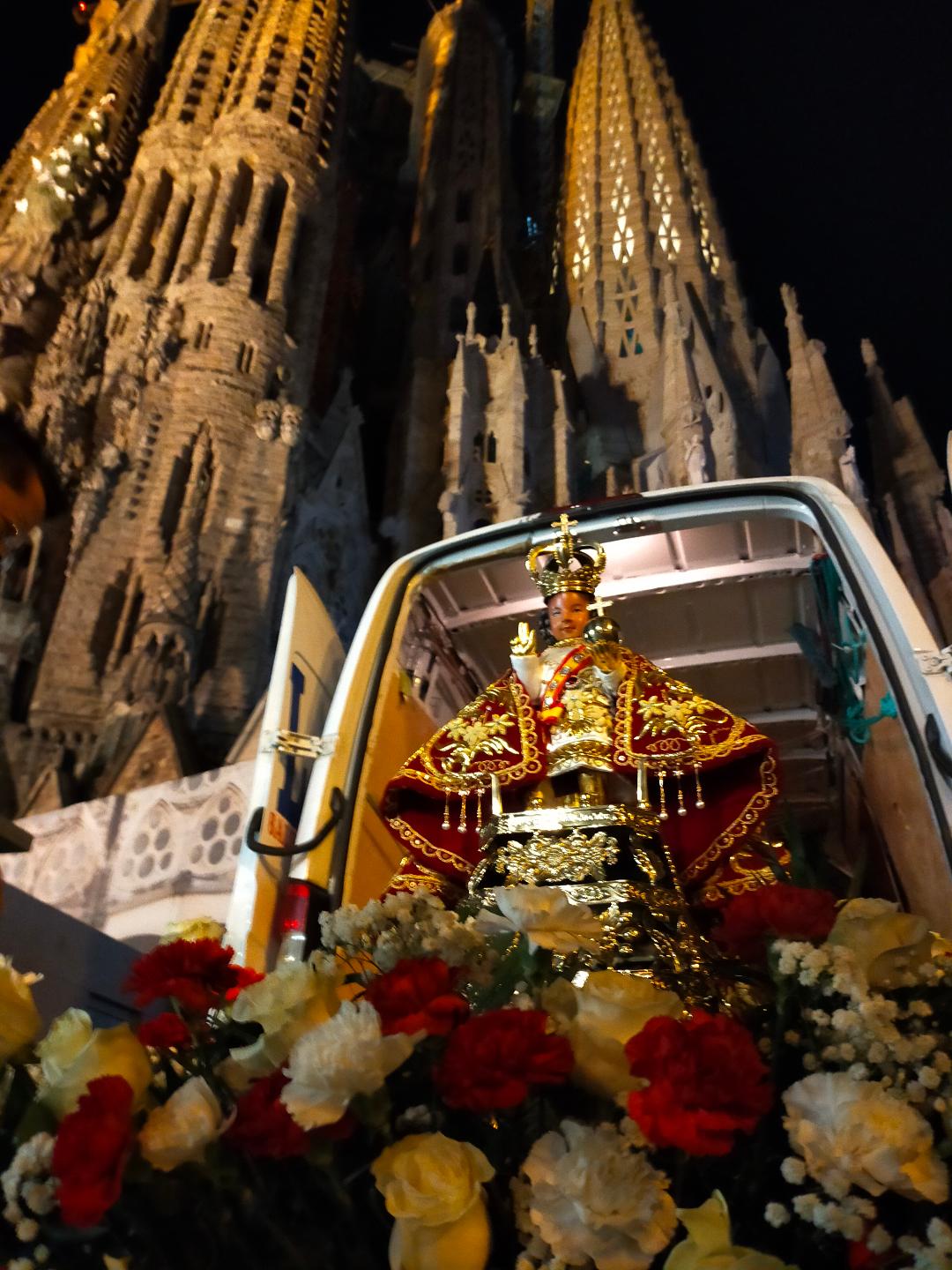 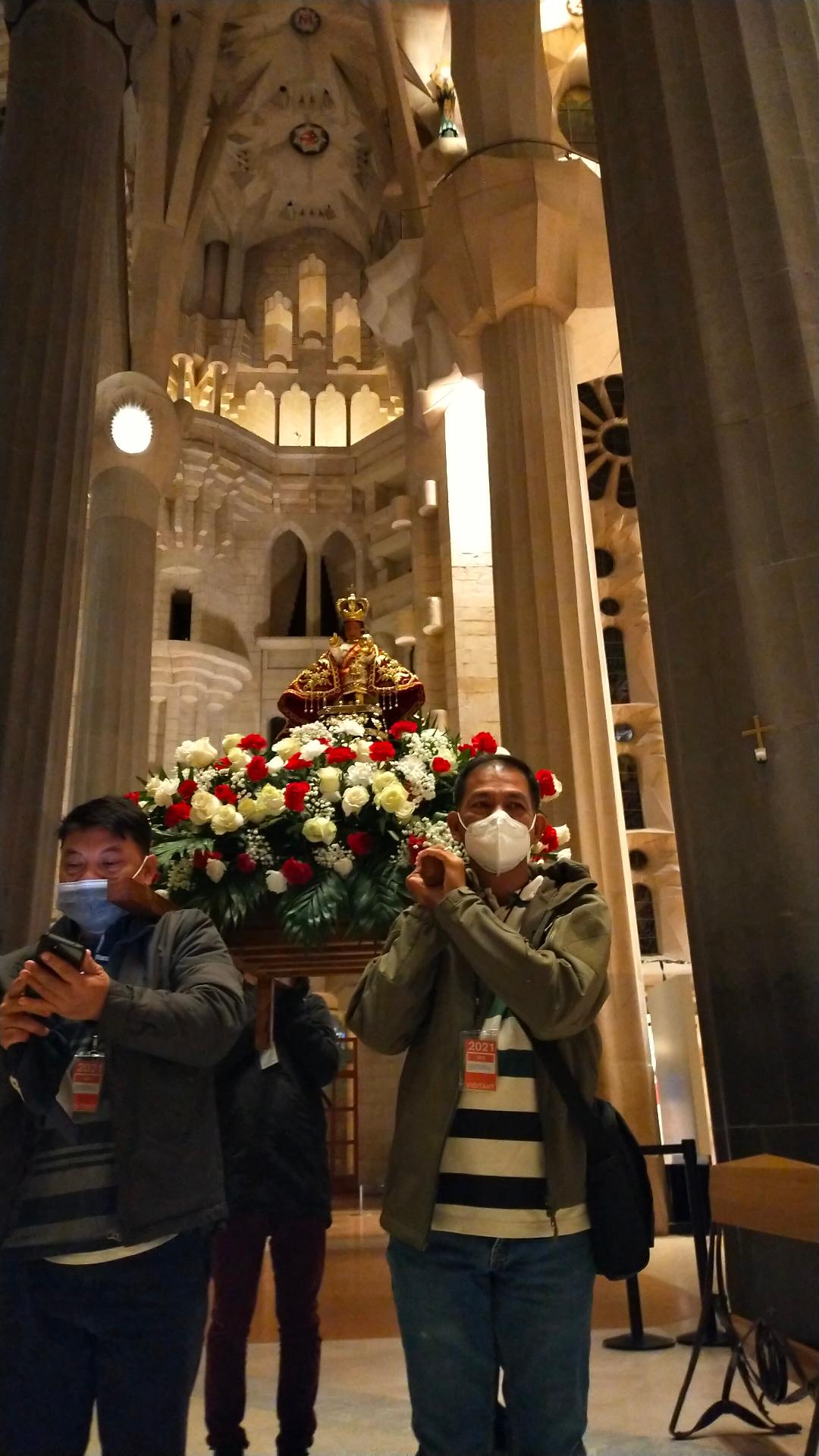 At 4pm (Barcelona Time; 11pm, Philippine Time), a welcome mass for the Santo Niño de Cebu is organized by the Filipino Community at the San Agustin Church, Barcelona. Twenty minutes prior to the mass is a Sinulog. The celebration will be streamed by the Radio-Television Malacañang to various government Facebook pages, primarily the National Quincentennial Committee, as well as on Basilica Minore del Santo Niño de Cebu, the Roman Catholic Archdiocese of Cebu, and the Roman Catholic Archdiocese of Manila. 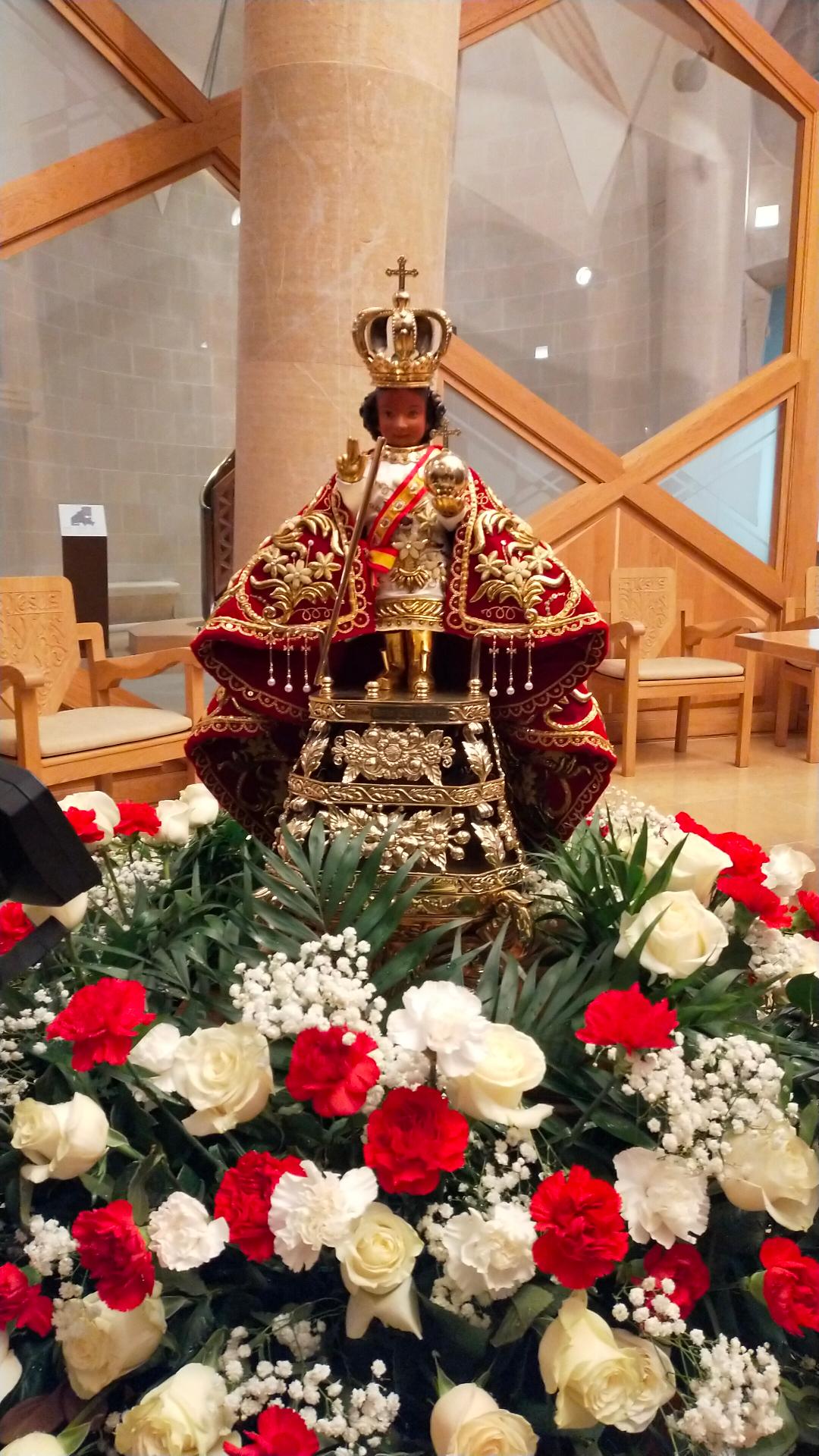 The choir for both masses will be the Coro Kudyapi, a group of second and third generations of Filipino kids in Barcelona.

The Philippine delegation is headed by National Historical Commission of the Philippines Chair and National Quincentennial Committee Executive Director Rene Escalante. He is joined by another NQC Board Member, Department of National Defense Undersecretary Reynaldo Mapagu. Two other NQC members sent their representatives: National Commission for Culture and the Arts will be represented by Aaron James Veloso and the Department of Tourism by Usec. Berna Buensuceso. Cebu City Government is represented by Cebu Tourism Council and incoming Cebu City Councilor Joy Pesquera.

Philippine Consulate General in Barcelona Re-Opens to the Public