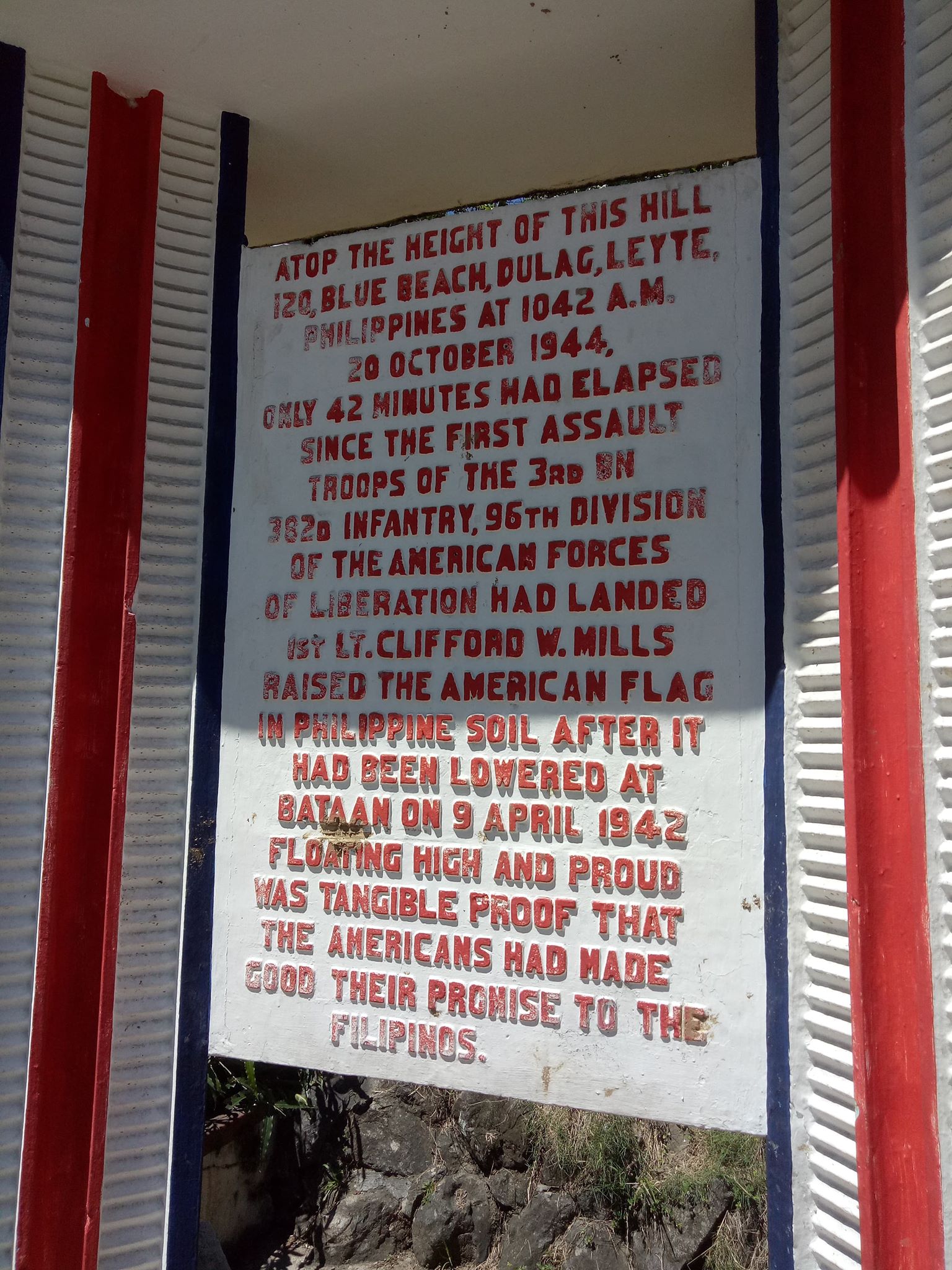 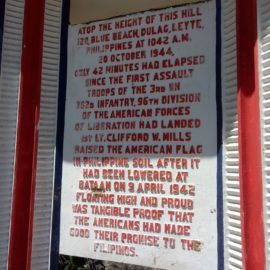 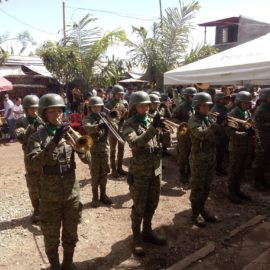 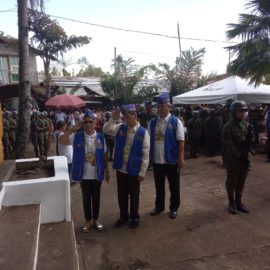 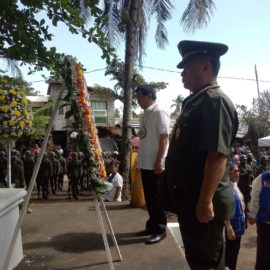 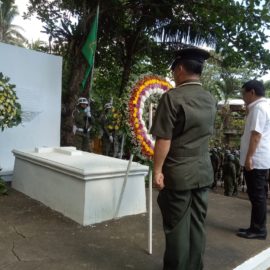 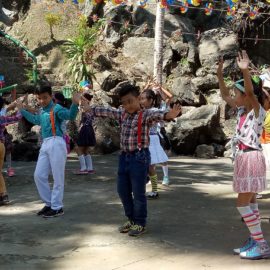 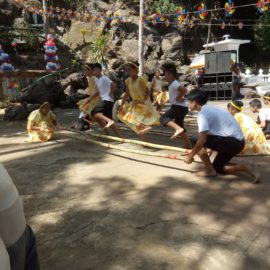 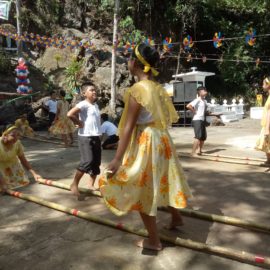 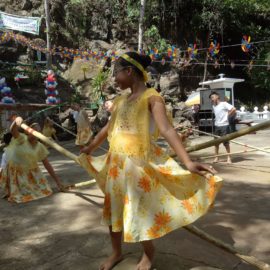 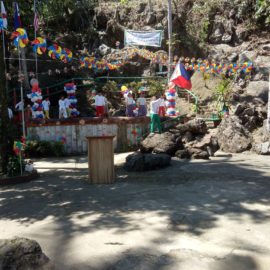 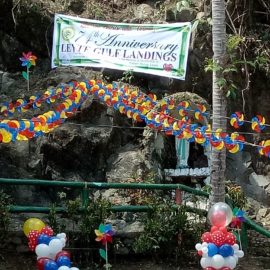 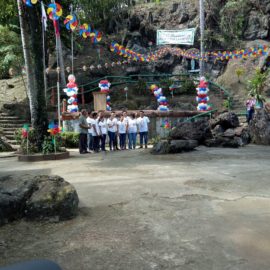 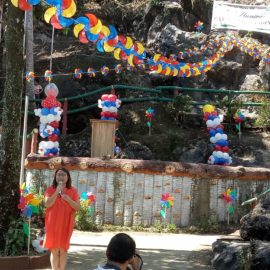 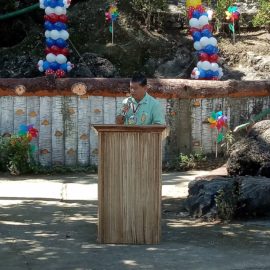 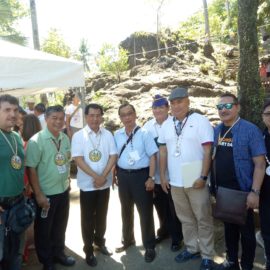 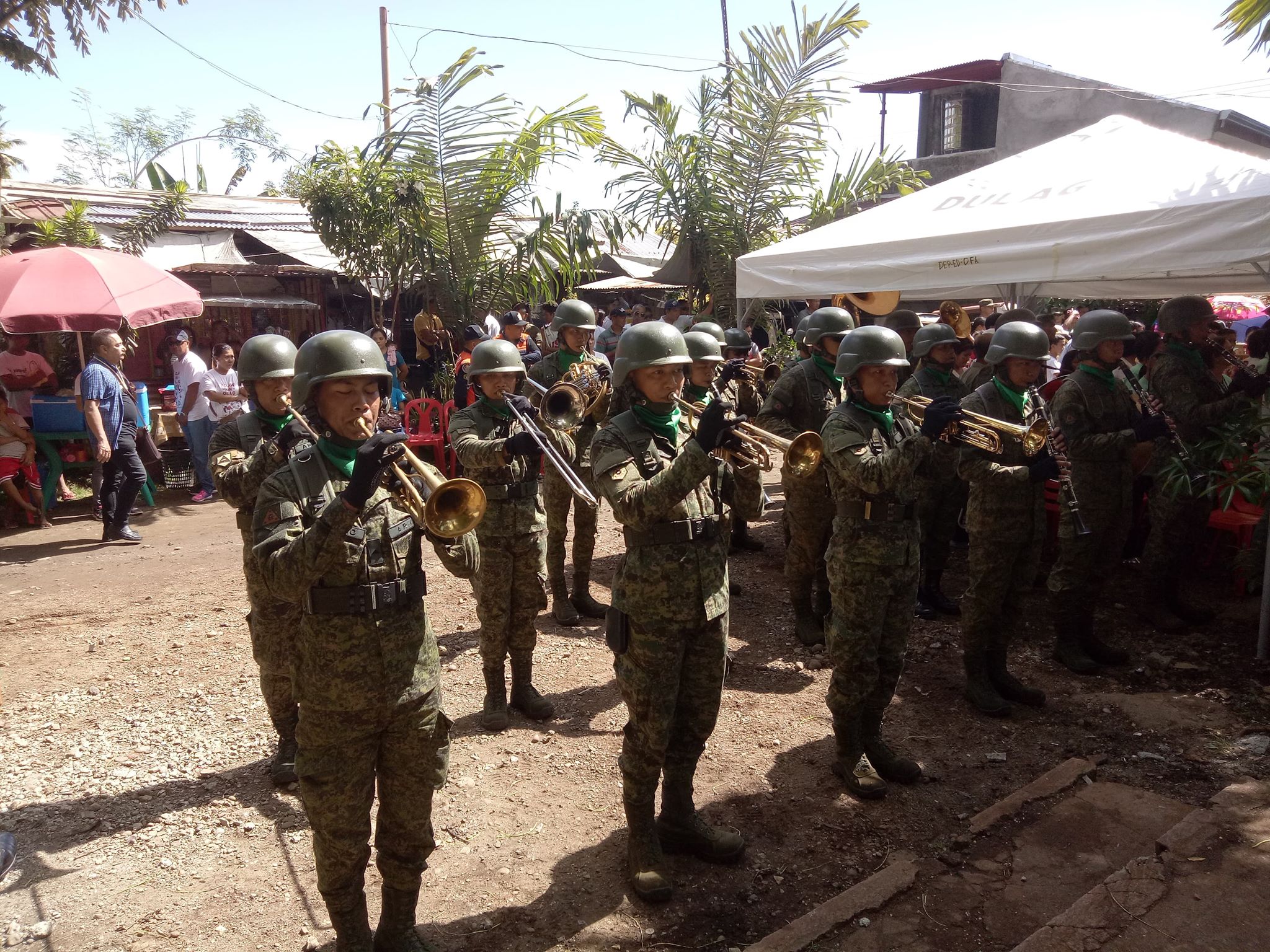 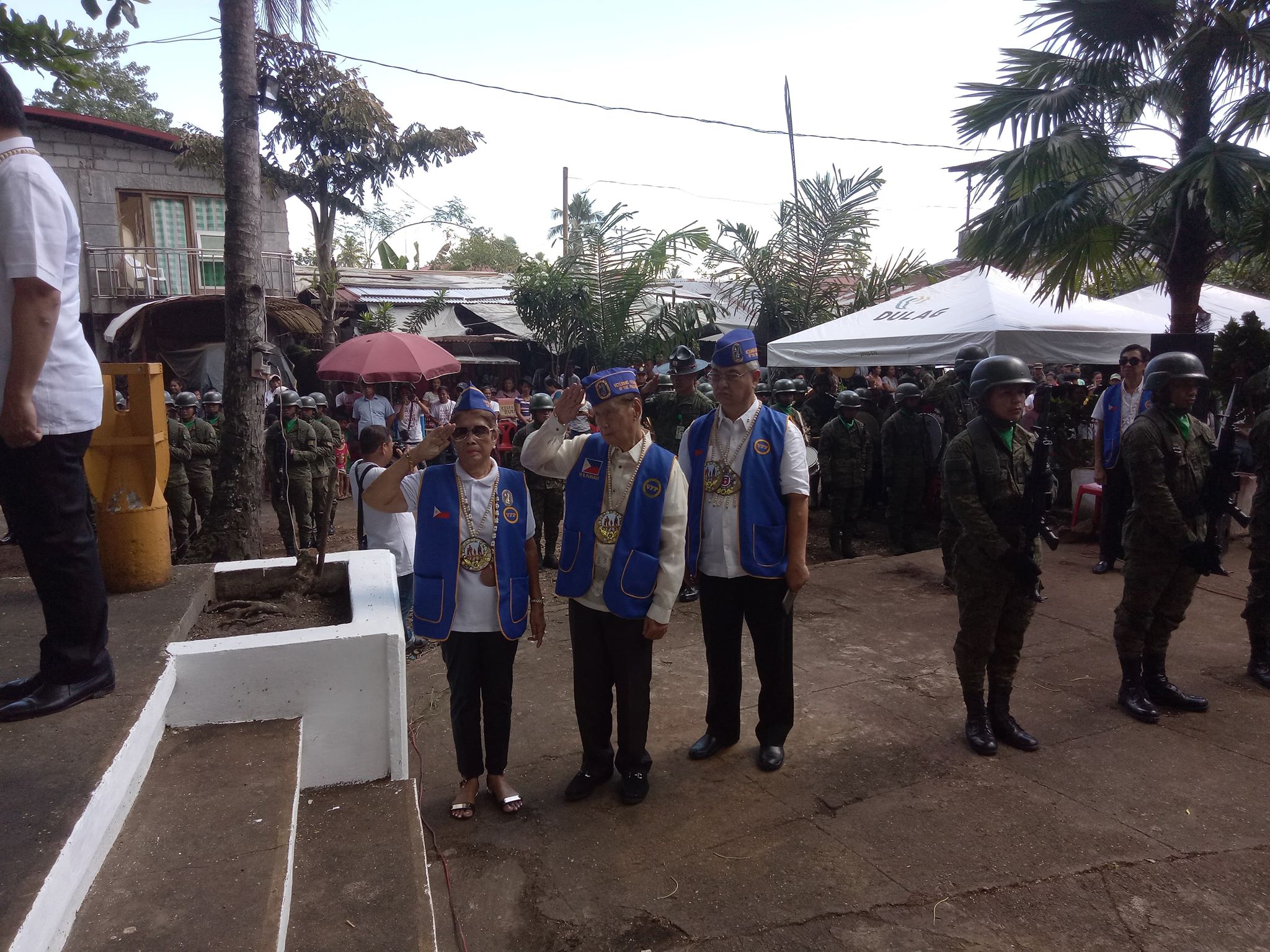 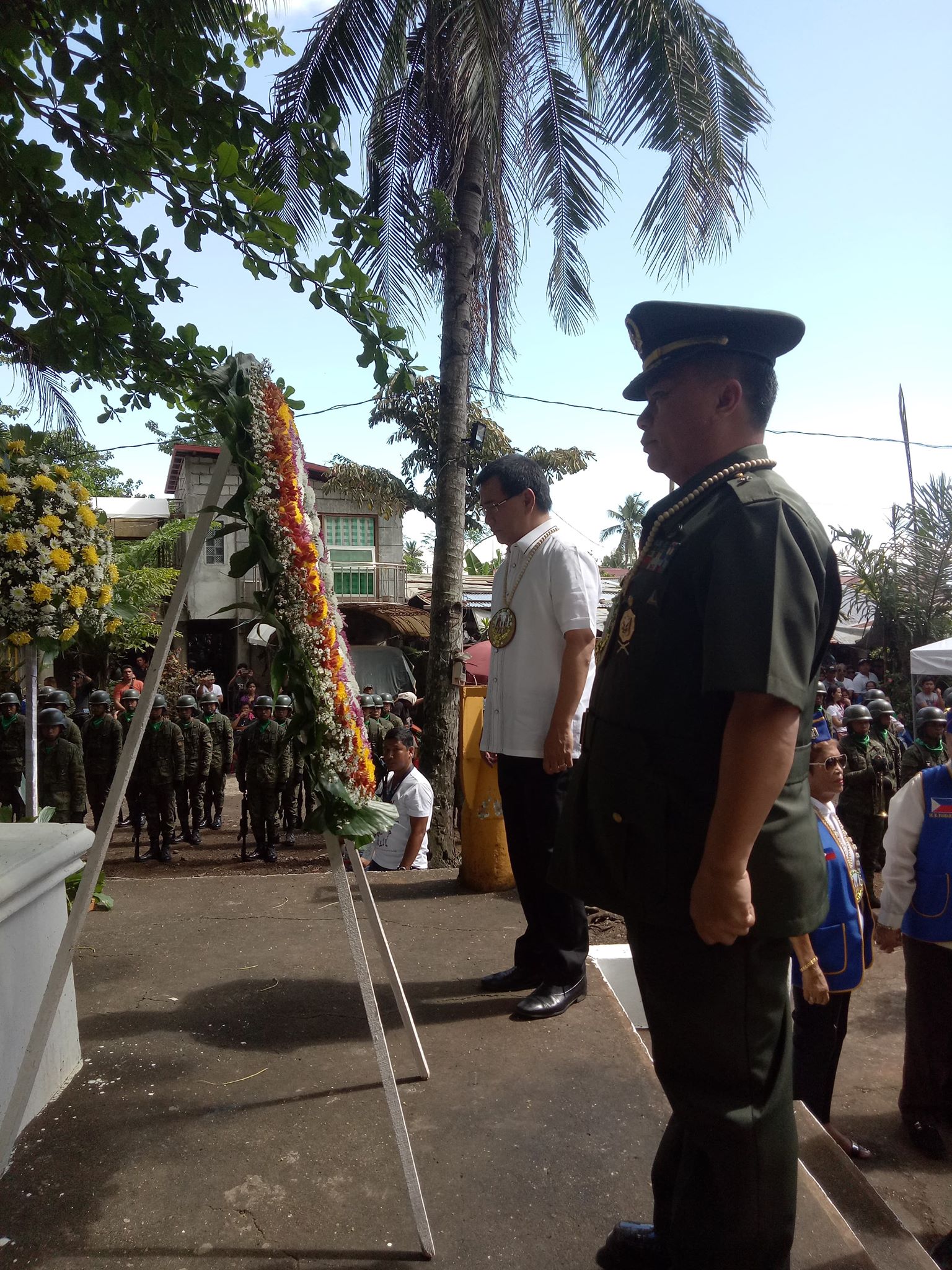 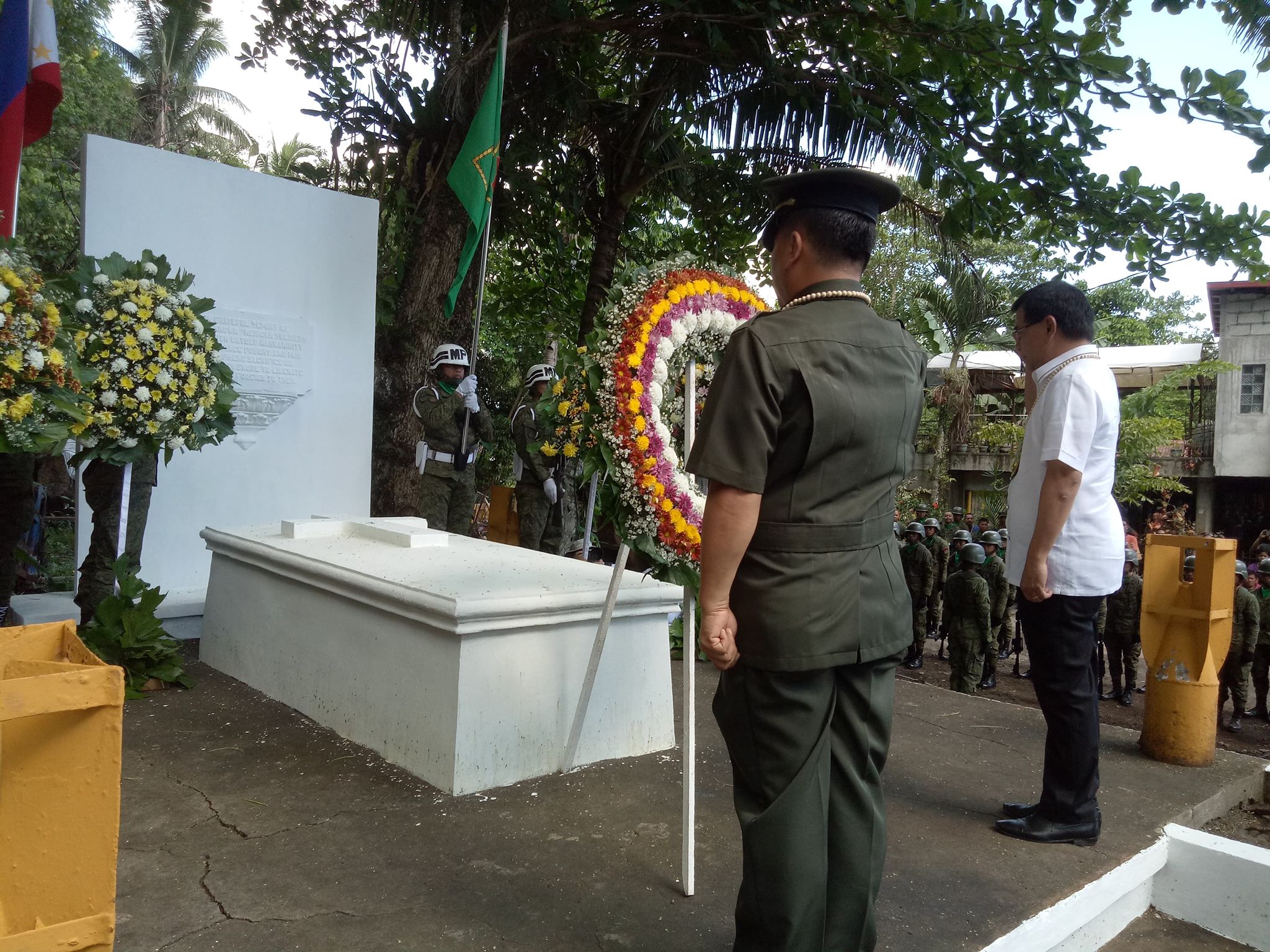 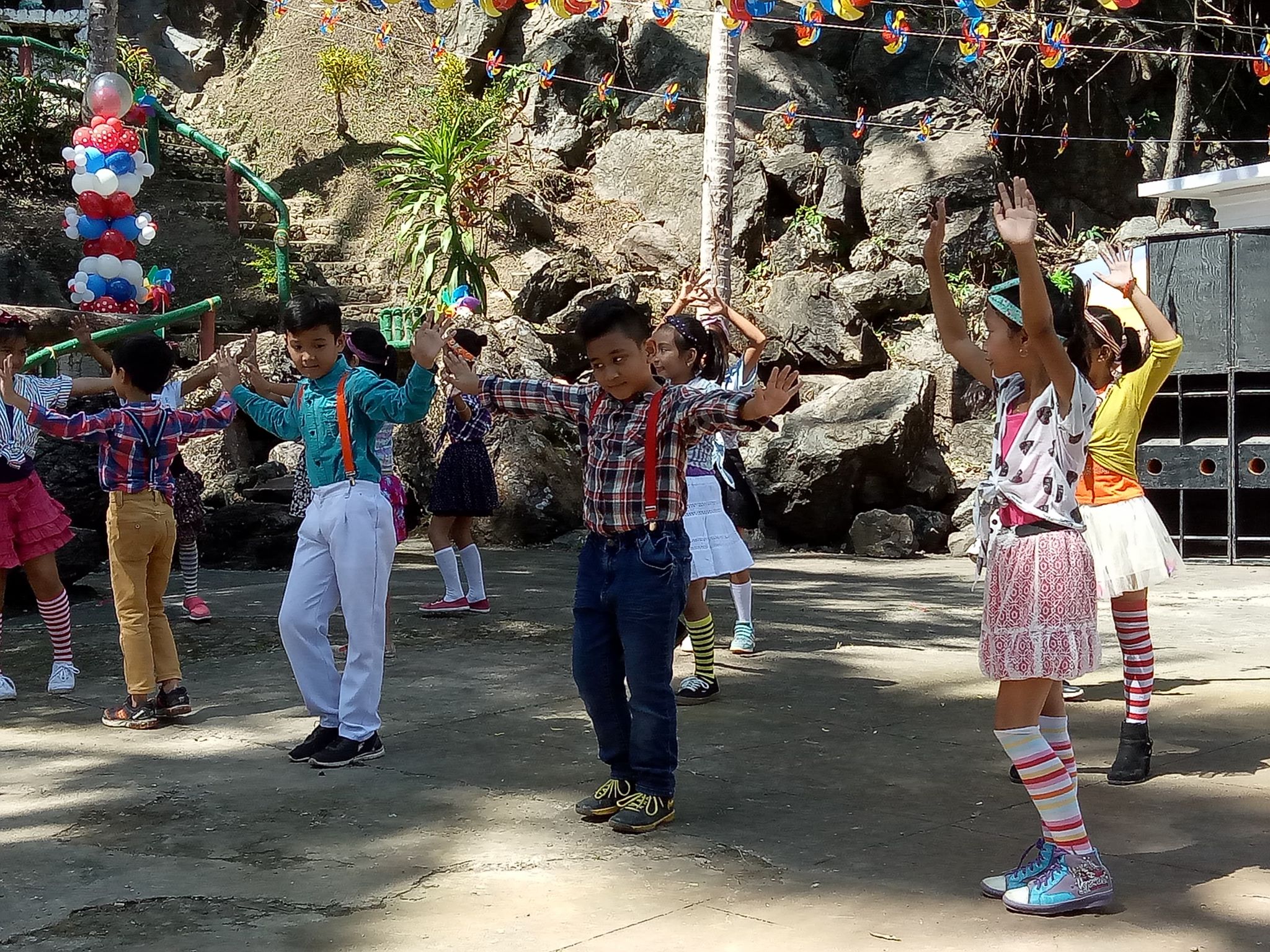 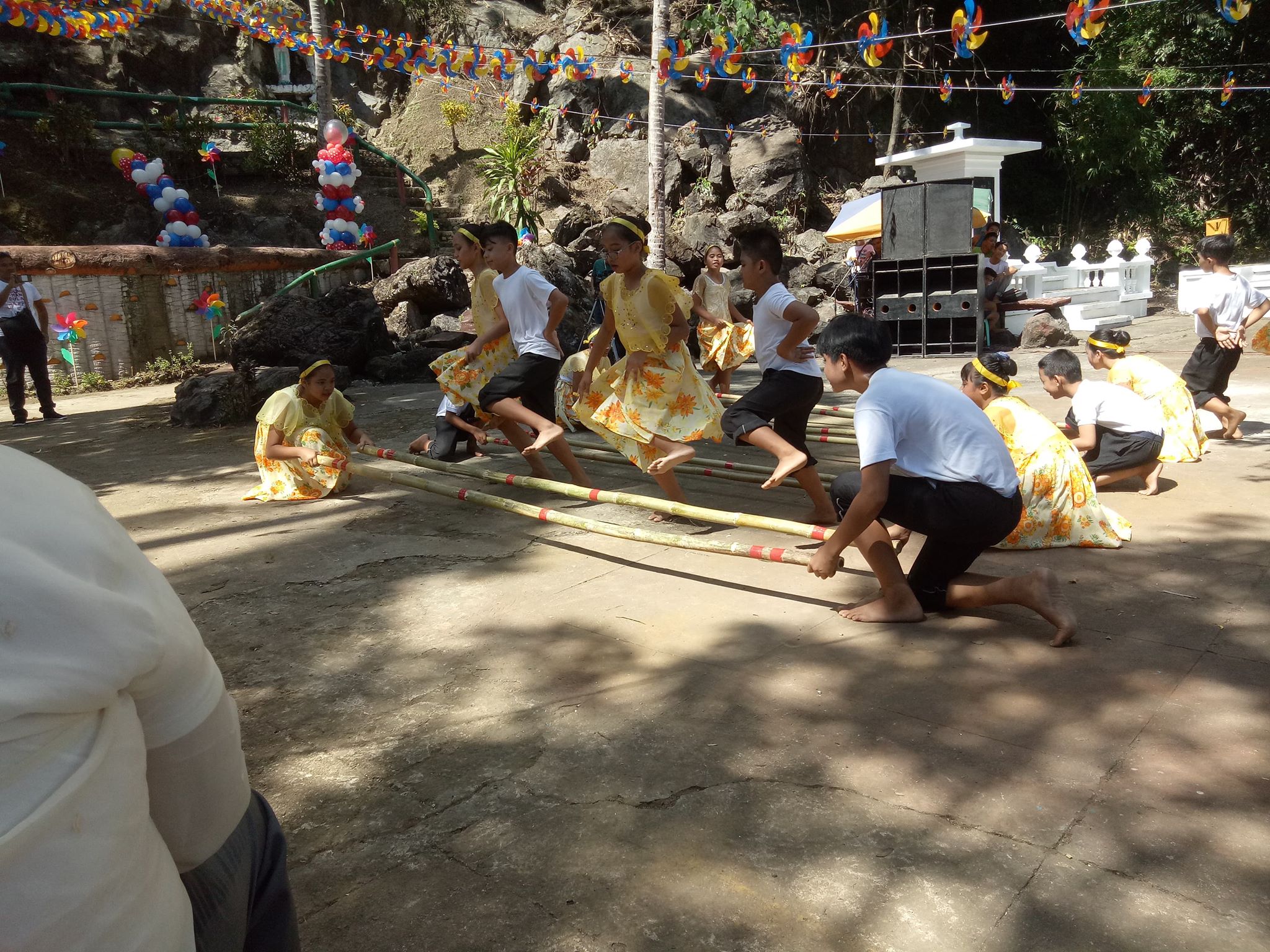 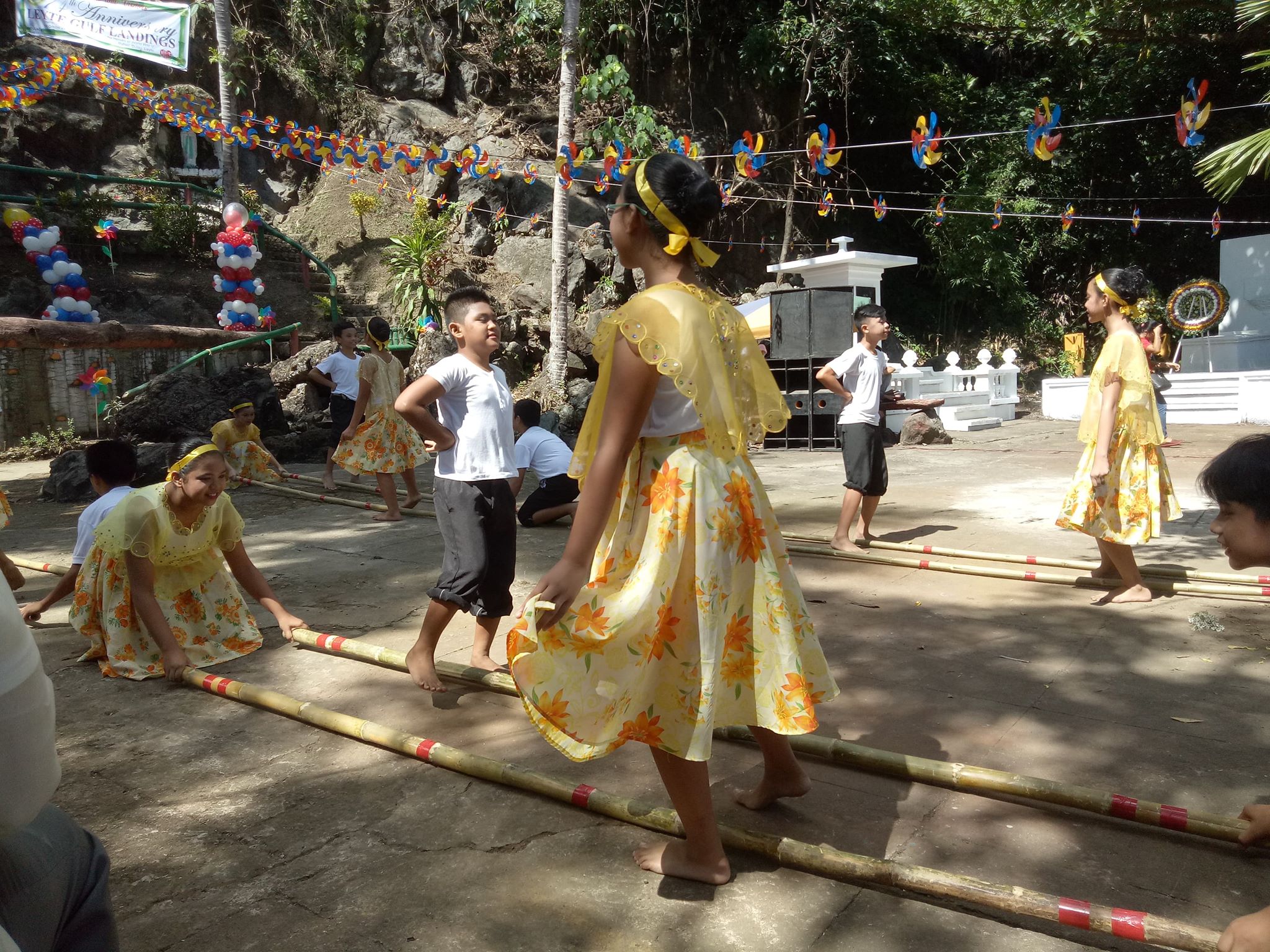 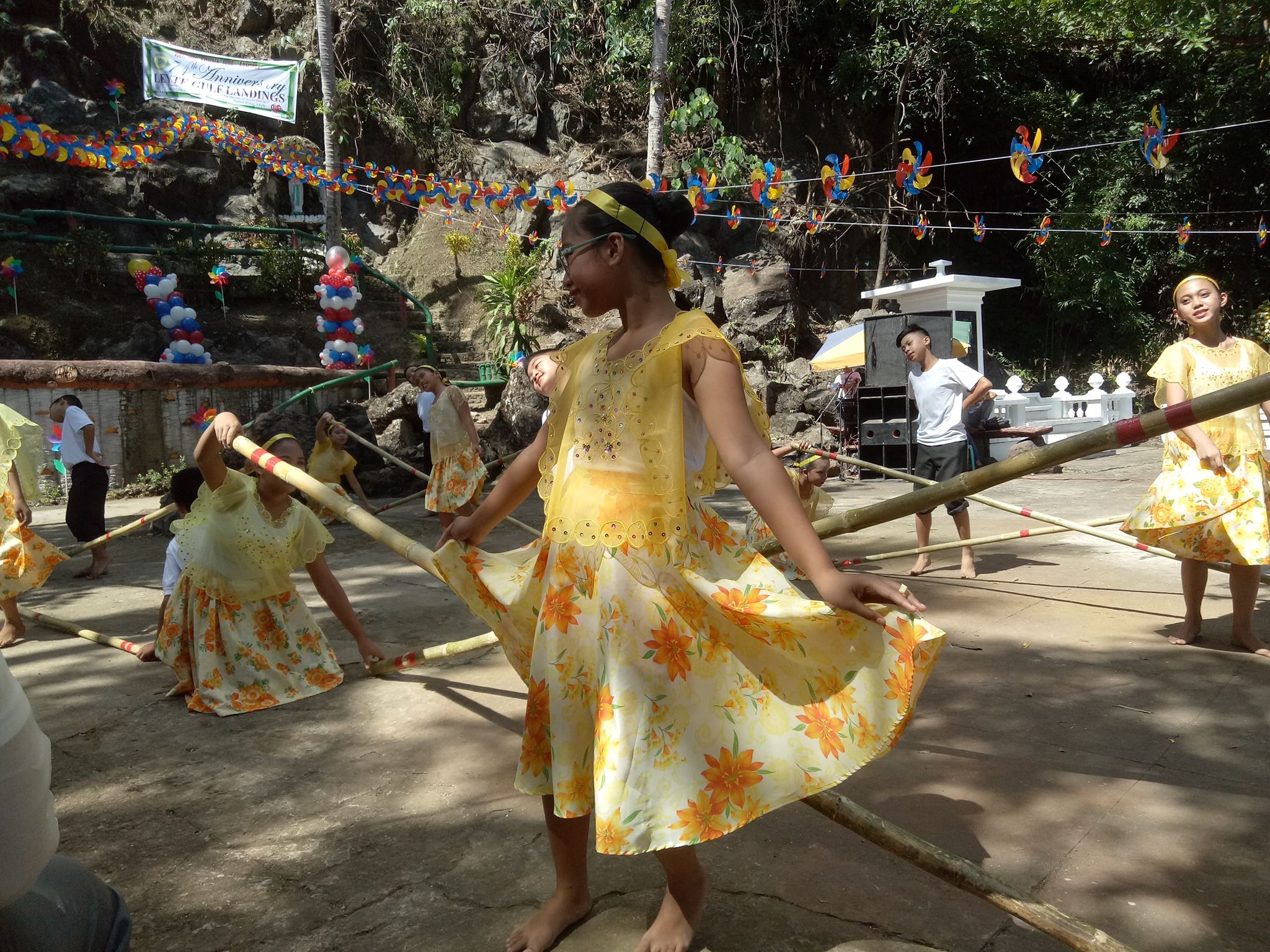 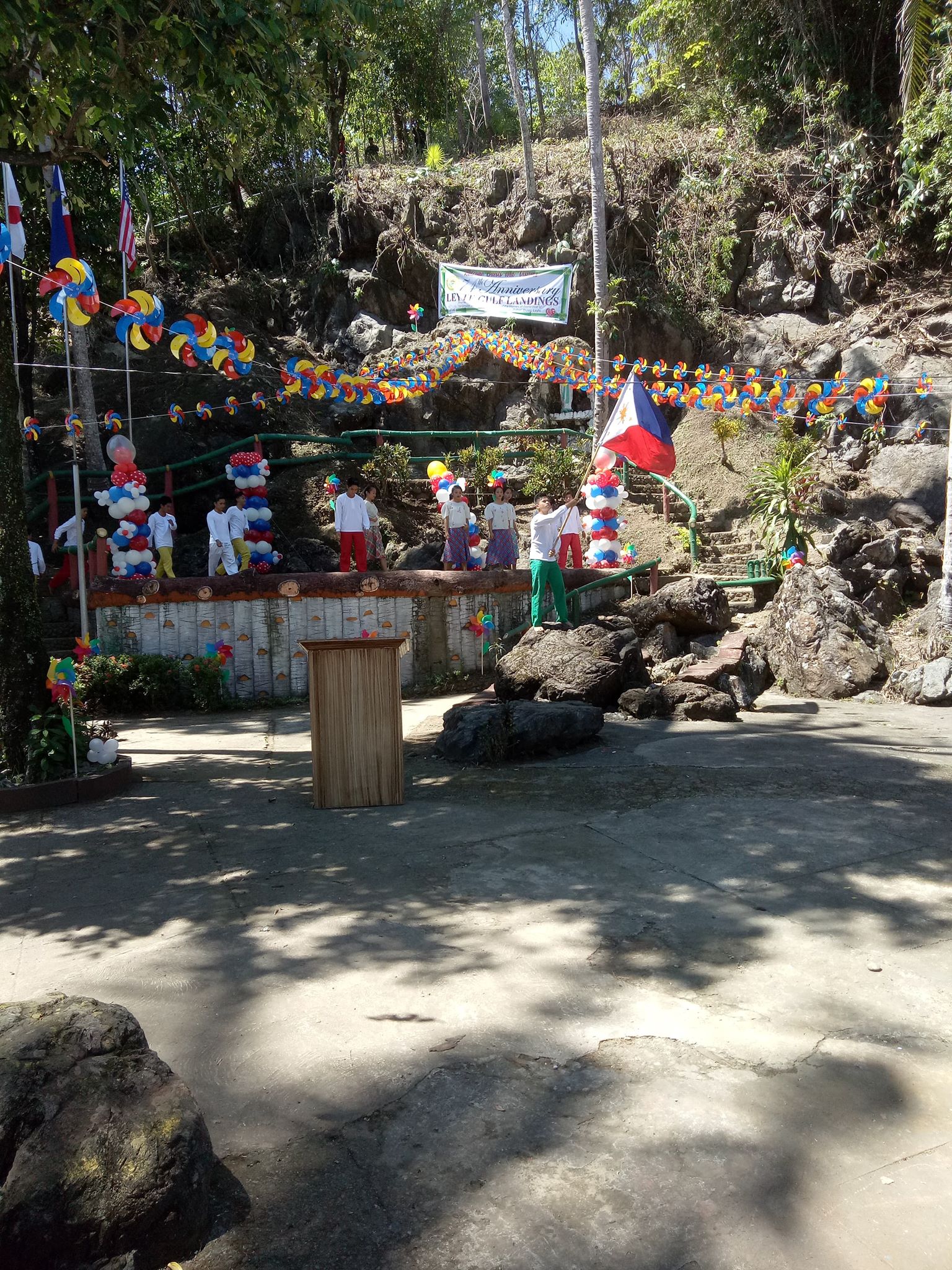 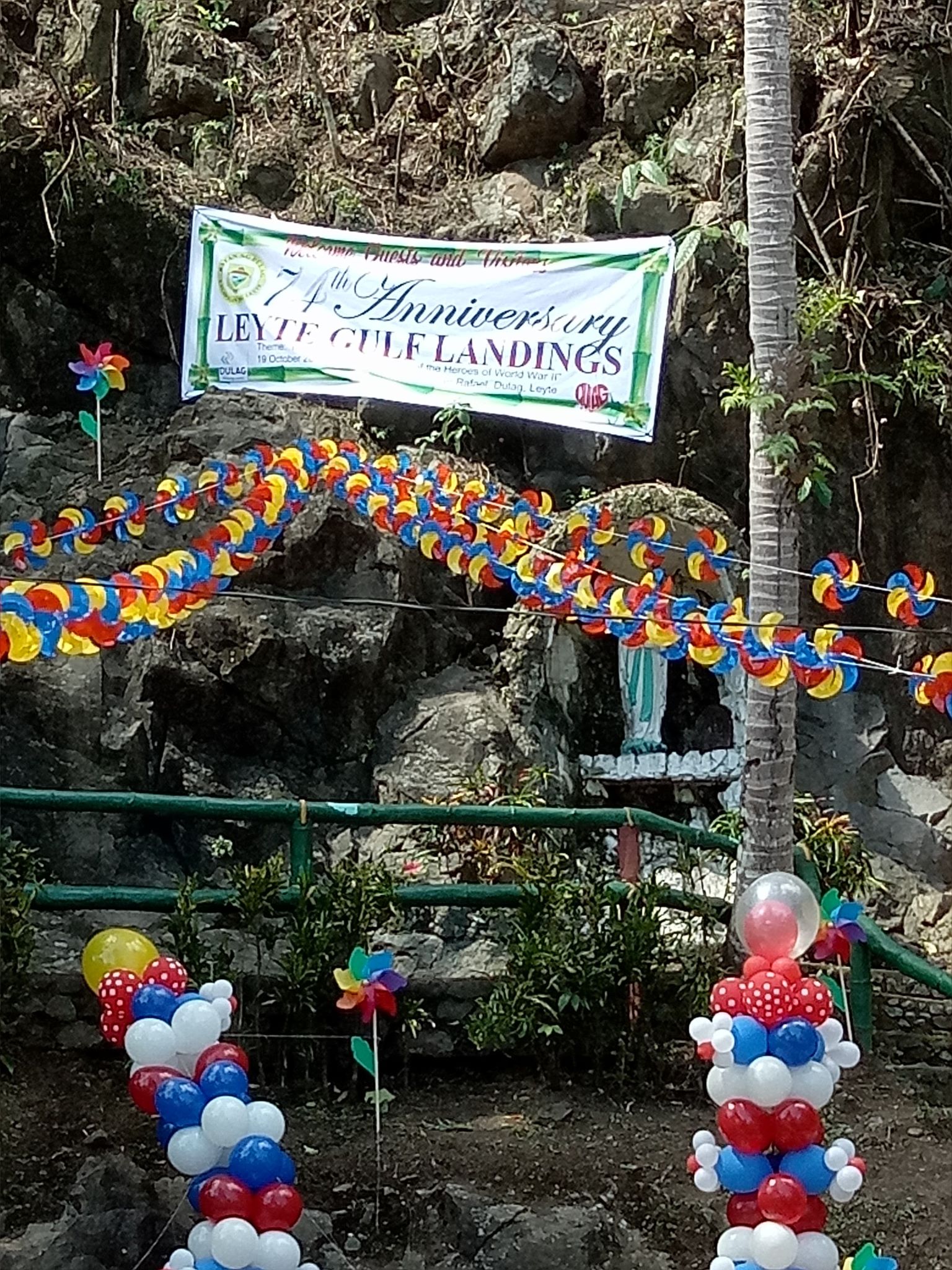 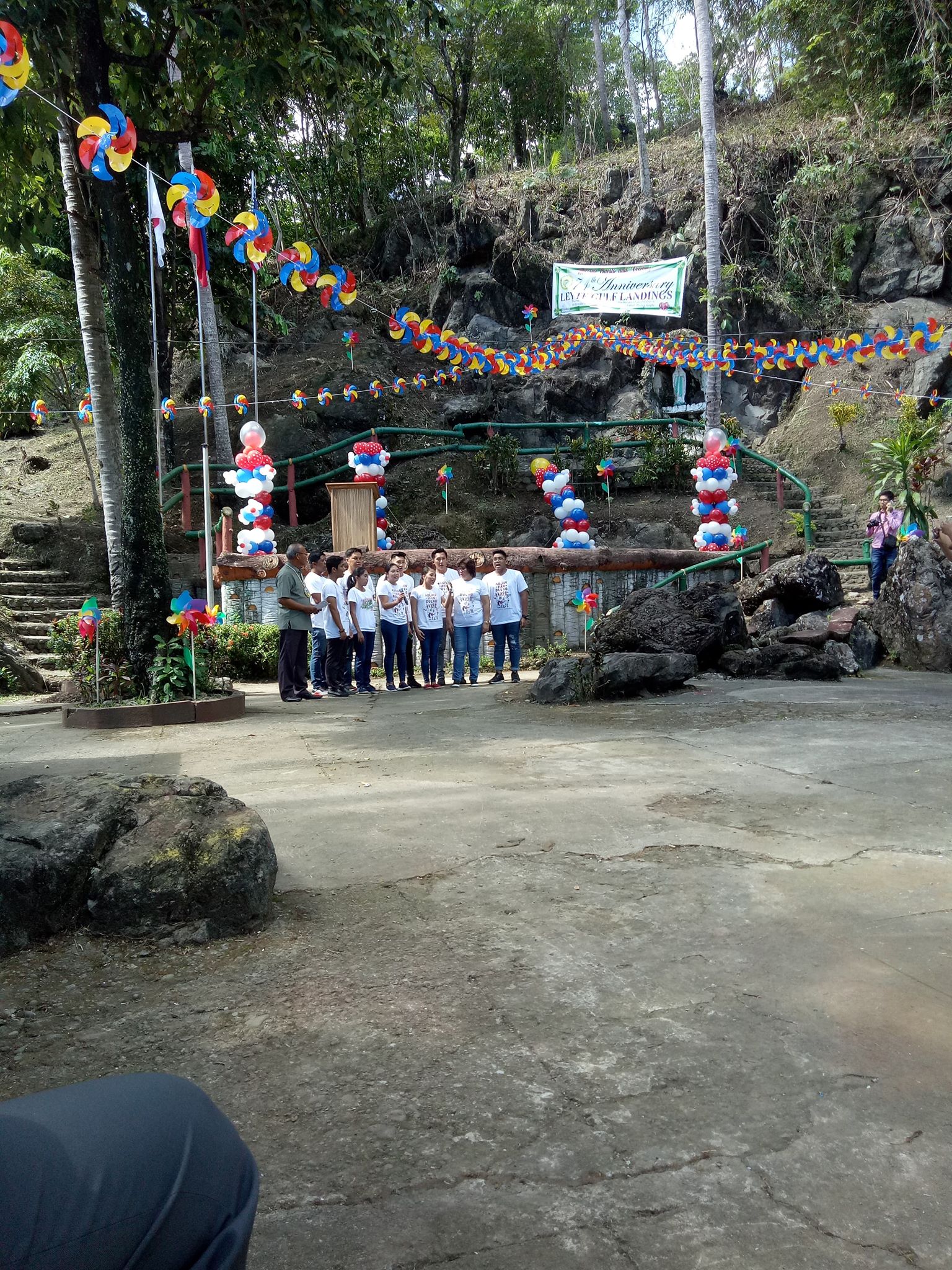 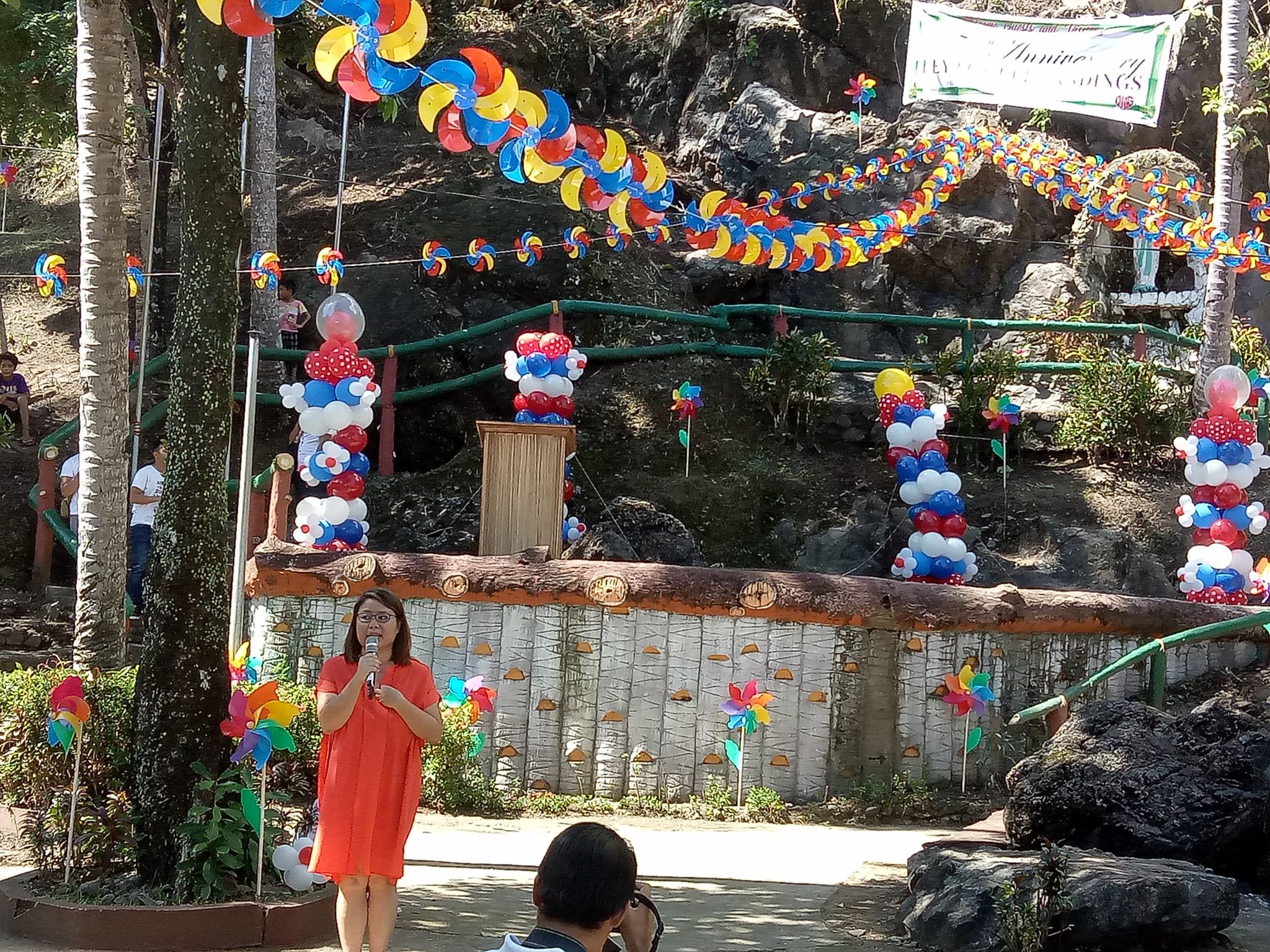 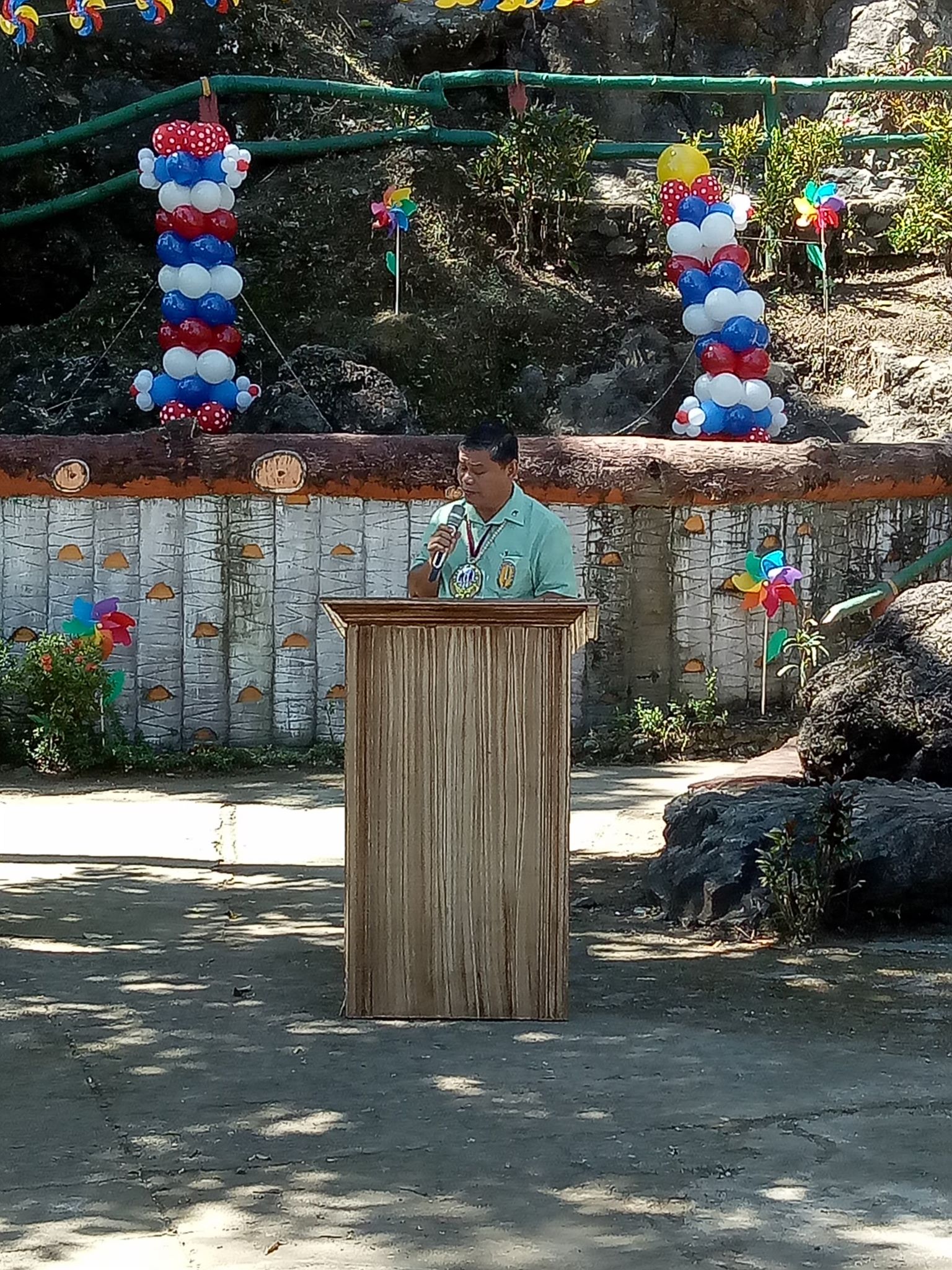 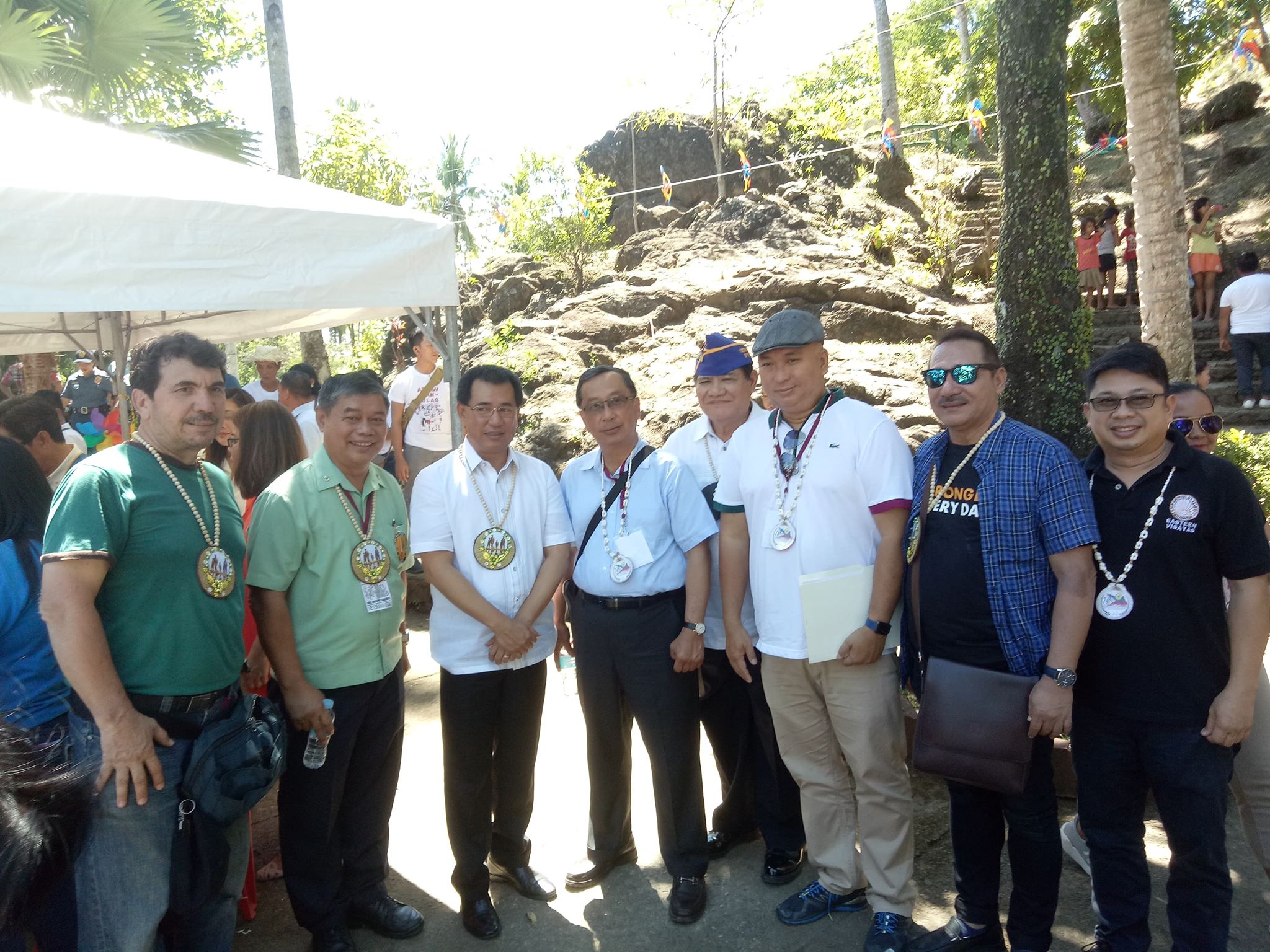 On the eve of the 75th year commemoration of two of the world’s most important historical events, the Leyte landings (October 17 to 20, 1944) and the Battle of Leyte Gulf (October 23 to 26, 1944), the Philippine government is set to celebrate and commemorate these two events in a grand manner. The incumbent Governor of Leyte, Leopoldo Dominico L. Petilla, together USEC Ernesto G. Carolina, Administrator, Philippine Veterans Affairs Office (PVAO) representing His Excellency, President Rodrigo R. Duterte, confirmed this during the gala dinner tendered by the Province on October 19. 2018, with Her Excellency, Amanda Gorely, Ambassador, Embassy of Australia in the Philippines, Justice Manuel R. Pamaran (97) Chairman, Veterans World War II Board of Trustees and President of Veterans Federation of the Philippines (VFP); Minister Takehiro Kano, Deputy Chief of Mission, Embassy of Japan in the Philippines and Major David Bauman, US Marine Attache’, Embassy of the United States of America in the Philippines, in attendance.

The Leyte landings
What we are commemorating are three important events that happened in October, 1944 that defined the outcome of the Leyte landings: The Signal Day that happened on October 18, 1944, the capture of Hill 120 and the actual Leyte Landings from the Red Beach of Palo, to the Black Beach in Dulag, Leyte.

Signal Day, October 18, 1944
On October 18, 1944, two days before the main landing of the massive US and Allied naval forces on the shores of Palo, Tanauan, Tolosa and Dulag, Leyte, three brave former members of the Boy Scouts of the Philippines came out to an open spot along the beach of what is now Barangay Telegrafo, Municipality of Tolosa, Leyte to warn and stop the US warships against bombarding the shores of Tolosa.

Scout Valeriano I. Abello fashioned two white semaphore flags out of cotton diaper linens and began sending this message to ship No. 467:

“Don’t Bomb the beaches. There are civilians. If possible, let me direct the shelling.”

With these three short sentences, Scout Abello, with the help of Scouts Antero Justin, Sr., and Scout Vicente Tiston saved thousands of lives in Tolosa that fateful day when the pre-landing bombardment of the beaches of Palo, Tanauan, Dulag and Tolosa started.

Hill 120 (Catmon Hill) October 20, 1944
Hill 120, commonly called Catmon Hill in Dulag Leyte was where the first American flag was again raised, two and a half years after it was brought down by the Japanese when Bataan fell on April 9, 1942. The hill was captured on October 20, 1944 by the American and Allied forces after a fierce battle, shortly after the American forces successfully landed on the shores of Dulag, Leyte. Rising about 120 feet above sea level, the top of the hill gives a panoramic view of the Leyte Gulf and the surrounding areas in Dulag and Tolosa.

Leyte Landing at Red Beach
On October 20, 1944 by 13:30 hours, Gen. Douglas MacArthur made a dramatic entrance  through the surf onto Red Beach and announced to the Philippine populace the beginning of their liberation:

“People of the Philippines, I have returned! By the grace of Almighty God, our forces stand again on Philippine soil.”

By the end of the day, the Americans successfully completed their amphibious landing in Leyte that marked the beginning of the end of Japanese military rule in the Philippines, leading to the final defeat and surrender of the Japan to end the Second World War in the Pacific. The American flag majestically flew again on Catmon Hill (Hill 120) as it fell to the advancing American rangers.

1. Impact on History and Final Outcome of the Second World War
The outcome of the naval battle that happened on October 23 to 26, 1944 off the Gulf of Leyte, Philippines resulted in the final destruction of the mighty Imperial Japanese navy, paved the way for the invasion of Japan and its surrender in September 1945, ending the Pacific theatre of the Second World War. The Battle of Leyte Gulf raged from October 23 through 25, 1944. It was the largest naval battle ever fought — ending in the reign of the Imperial Japanese Navy (IJN) in the Pacific and its last sortie as a naval force to contend with. Leyte Gulf also was the scene of the first organized use of Kamikaze (suicide) aircraft by the Japanese. But it almost never happened.

The Japanese Imperial Navy implemented Shō-Gō 1 which calls for the attack of the American forces at the Leyte landings. It called for Vice Admiral Jisaburō Ozawa’s ships—known as the “Northern Force”—to lure the main American naval forces away from Leyte (the US Third Fleet under the Command of Admiral William F. Halsey, Jr.). The Northern Force, the decoy, would have several aircraft carriers, but these would have very few aircraft or trained aircrew. The carriers would serve as the main bait. As the U.S. Third Fleet were lured away, two other surface forces would advance on Leyte from the west. The “Southern Force” under Vice Admirals Shoji Nishimura and Kiyohide Shima would strike at the landing area via the Surigao Strait. The “Center Force” under Vice Admiral Takeo Kurita—by far the most powerful of the attacking forces—would pass through the San Bernardino Strait into the Philippine Sea, turn southwards, and then also, attack the landing area. Admiral Halsey took the bait and his fleet, which is supposed to guard and cover the American landings in Leyte left the eight kilometer-long beaches open for attack. By some stroke of luck, the “Southern Force” under Vice Admirals Shoji Nishimura and Kiyohide Shima stopped and made a U-turn from the Sibuyan channel, instead of proceeding to Samar and Leyte where the landings lay sitting-ducks. It was hard to believe that the sniping of small PT Boats and much smaller American warships stopped the mighty Japanese armada. The ferocity with which the tiny American warships stood their ground led them to believe that this was part of the big US Third Fleet who are waiting for them in ambush. Similarly the “Center Force” under Vice Admiral Takeo Kurita whose fleet included the battle ship “Mushashi”,  twin of the mighty  battle ship “Yamato”, for some reasons that up to now could not be explained, turned back and made a U-turn from the San Bernardino Strait. Call it luck but the Japanese thought that a big ambush was awaiting them and did not believe that the Americans would leave the hapless landings at the coast line of Leyte unprotected. They instead wanted to save their remaining naval forces for the defense of Japan. But they could have destroyed the American forces that landed in Leyte, if they proceeded. Had they succeeded in this, the liberation of the Philippines would have been doubtful or at best, at risk.

Declassified accounts of what happened confirmed that Admiral Halsey took the bait, hook, line and sinker from Vice Admiral Jisaburō Ozawa’s Northern Force and left the Leyte landings open for attack. Unknown to the Japanese, Halsey was too far up north in pursuit of Ozawa, to be able to return and cover the landings in time, had the Japanese Center and Southern forces continued to Samar and Leyte to attack the landings. Both the Center and Southern forces had to operate in complete radio silence.  Poor communications and the resulting confusion among the Japanese fleets saved the day for the Americans.

2. Extent and Geographic Size of Battle
The battle of Leyte Gulf involved thousands of square miles of the Pacific Ocean, from as far down as the Surigao Straight on the south, Guam on the East and the Formosa islands on the North.

3. Units and Strength of the Naval Forces Involved
The battle involved about 370 ships from both sides (Japan/Australia 300 versus Japan 67+) and more than 1,800 planes (US 1500, Japan 300+). It took the US Navy several months to report what happened at the Battle of the Leyte Gulf because the battle “had been too large, involved too many U.S. military personnel, and had resulted in too much loss of life just to ignore”. It involved the last of the only 2 “battleship-to-battleship” shooting engagement during World War II (the first one involving the battle at Guadalcanal).

Captain Isao Yamazoe, An Officer and a Gentleman
Standing in front of the Dulag municipal government is a three-meter high memorial in honor of a beloved Japanese military officer, Captain Isao Yamazoe, or “Captain Yamasoy” to the Dulagenos. At a time when Japanese atrocities and cruelties are commonly heard from the “Little Tokyo” of San Jose Del Monte, Bulacan and from almost everywhere else in occupied Philippines, we hear of a totally different story from the “Little Tokyo” of Dulag, Letye. Captain Yamazoe was a young Japanese officer assigned to the Dulag, Leyte garrison in 1943. According to Jovito Bautista, who was about 13 when Captain “Yamasoy” arrived at the Dulag garrison, “he was a good leader, a smiling captain and a friend to everyone”. He became so popular that the people supported him and earned respect and endearment from the people of Dulag. He showed care and concern for the people that when confronted by guerillas, he offered to fight them outside the town limits in order to spare the lives of the civilian population of Dulag. On his way to the supposed battle, Captain Yamasoy was ambushed and killed at Barangay Curva (now Barangay Del Pilar). The news of his death was received with sadness among the Dulag population. It was said that the church bells were tolled and the people of Dulag mourned his passing. The memorial in the center of the town is a testament to this young officer’s kindness and civility to the people of Dulag. Nowhere else in the Philippines could anyone find a similar memorial in honor of a former enemy, an officer and a gentleman – Captain Isao Yamazoe.

Every year since the end of the war, groups of Japanese pilgrims visit the town, as well as the other sites in Capoocan, Leyte, where the Japanese suffered their largest casualties of the war, in a single engagement, the battles at Breakneck and Kilay Ridges. This was where the “Yamashita line” was drawn, an euphemism to the last stand made by the retreating Japanese soldiers to buy time for General Yamashita to evacuate via Ormoc Bay. Greatly outnumbered and out-gunned, the Japanese fought with equal ferocity and bravery against the advancing American forces and paid with about 60,000 Japanese lives. In 2004, third-generation relatives of Captain Yamazoe led a delegation of Japanese Rotarians to visit Dulag to pay their respect to the beloved Japanese Captain. They brought with them a gift, a US$50,000.00 donation for the construction of a library for the town of Dulag.

National Flag Days 2020 commemorated by the Philippine Embassy in Rome