On 16 March 2021, the country commemorates the 500th anniversary of the first circumnavigation of the world, beginning in Guiuan, Eastern Samar and closing on 28 October in Sarangani Island, town of Sarangani, Davao Occidental. These milestone events are collectively known as the 2021 Quincentennial Commemorations in the Philippines. 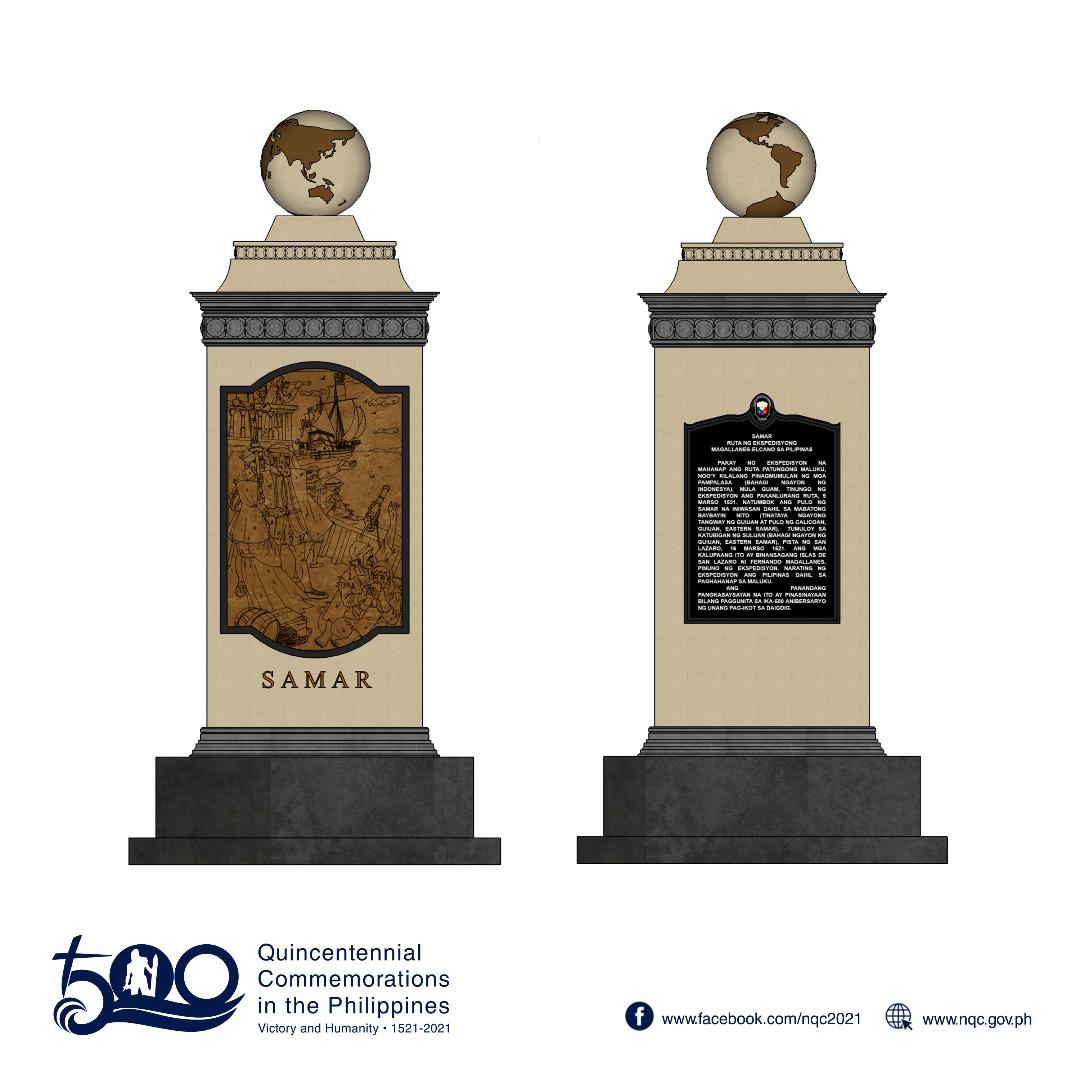 Thirty-four (34) historical markers are to be unveiled within this celebratory period. These were made by the National Historical Commission of the Philippines, with the support of the National Quincentennial Committee. The coordination of the historical markers was made by the Department of the Interior and Local Government, with transportation assistance courtesy of the Armed Forces of the Philippines. 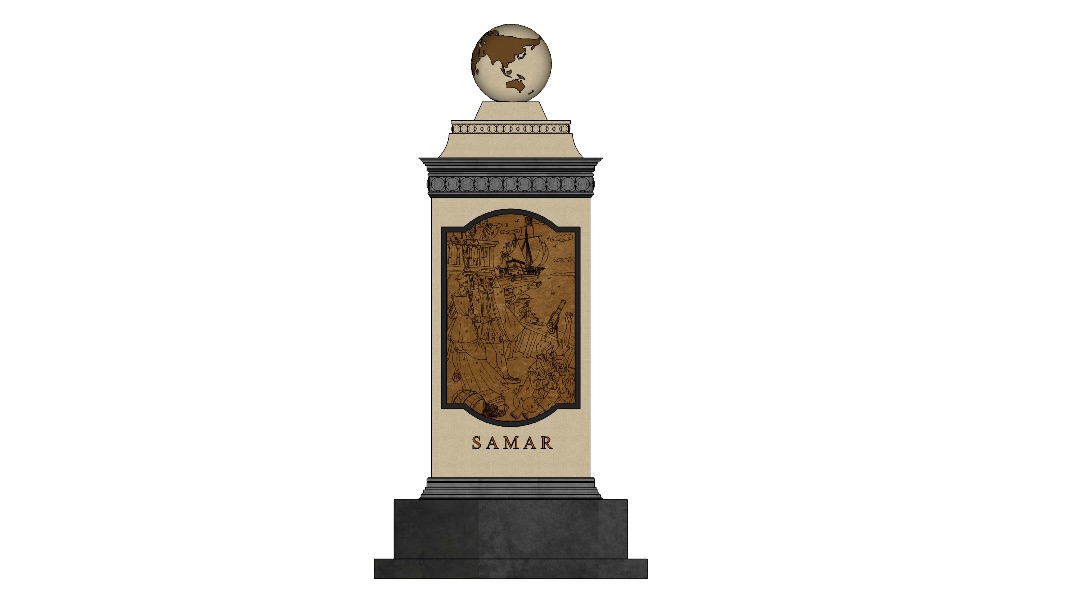 Dubbed as the quincentennial historical markers, each comes with a special pedestal constructed by the National Quincentennial Committee. It features a globe as a finial to symbolize the first voyage around the world of humankind through the Magellan-Elcano expedition which further confirmed that the Earth was indeed round. The axial tilt of our home planet’s representation was confirmed by the Philippine Space Agency. Also, the pedestal has a relief depicting the episode of the expedition in a particular site, based on the sketches of muralist Derrick Macutay and executed in dust marble relief by sculptors Jonas Roces and Francis Apiles. The NHCP ensured that the depictions are far from the typical orientalist approach by the foreign artists which imagined our ancestors as savages. The marker texts and the artworks blended together to exude “our” point of view of the events. 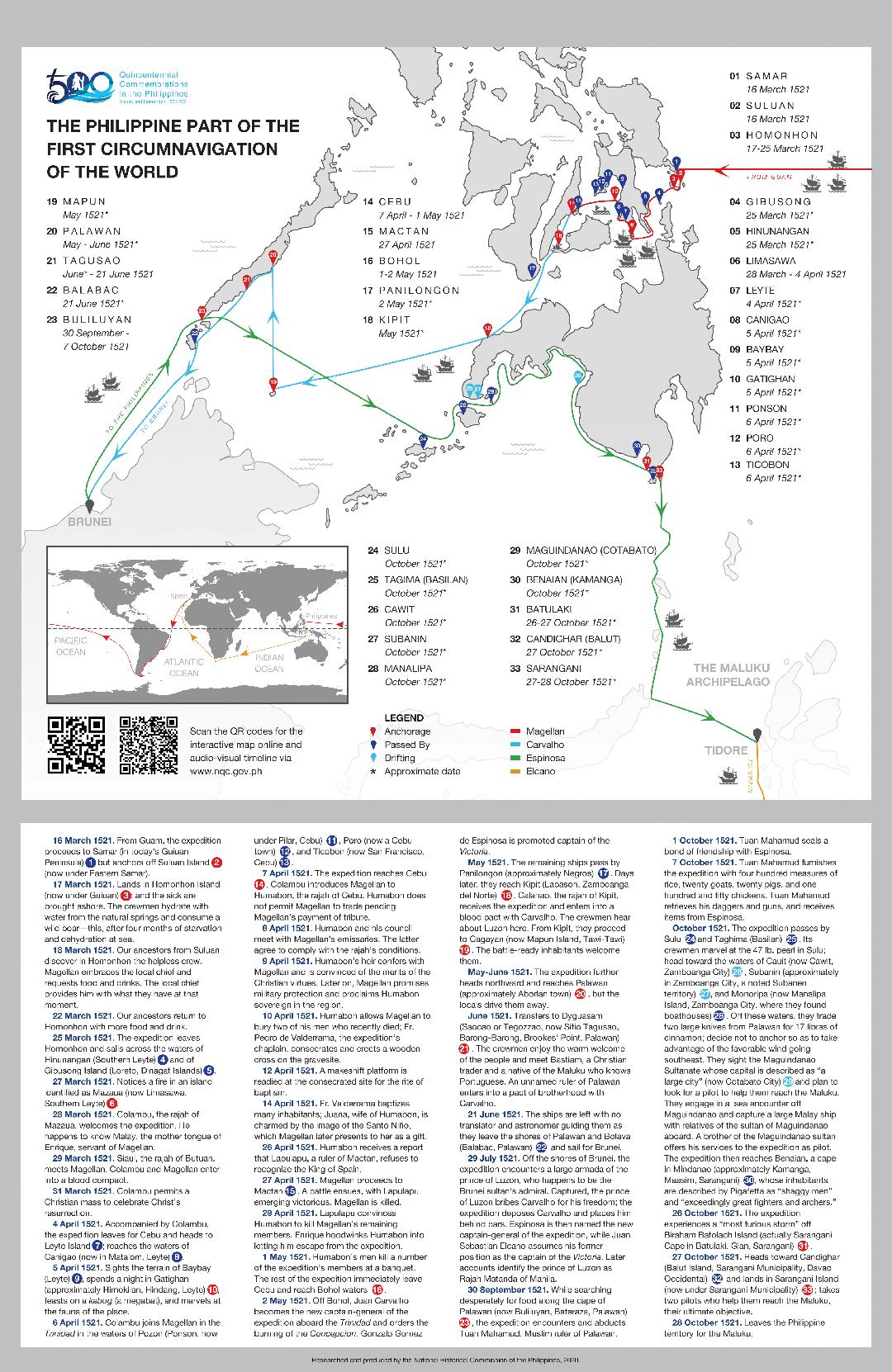 In 1522, the Victoria, the lone carrack (Spanish merchant ship) of the Magellan-Elcano expedition, successfully returned to the port city of Seville, where she was launched in August 1519. From the 245 original crew members, only 18 men finished the journey that circled the globe for the very first time. Headed by Spanish captain Juan Sebastian Elcano, the surviving crew, most especially the chronicler Antonio Pigafetta, lived to tell his tale of this unprecedented feat of humankind.

A significant part of this first circumnavigation of the world happened in the territory, which later became the Philippines, between 16 March and 28 October 1521. Some of these events that occurred during this part of the expedition in the Philippines, underscored the compassion of our ancestors toward the starving and undernourished crew on meeting them in Guiuan, Eastern Samar; the blood compact between the expedition’s captain-general Ferdinand Magellan and Rajah Colambu, as well as the celebration of Christ’s Resurrection in Limasawa, Southern Leyte; the Christian baptism in Cebu; and the Battle of Mactan. 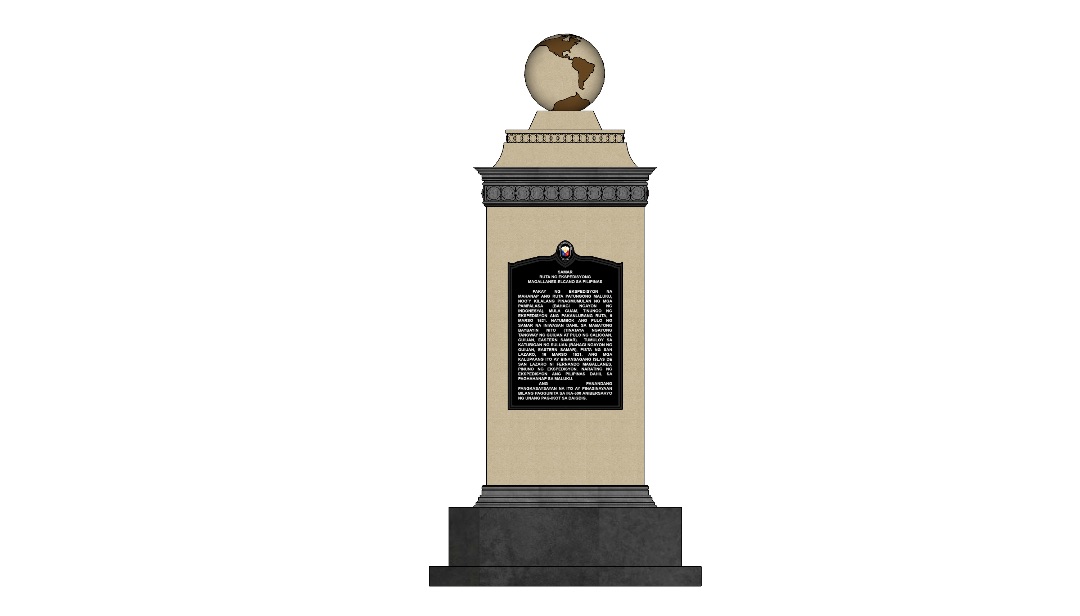 After Magellan’s untimely death in Mactan, there were three men who were seen as successors to his captaincy of the expedition while in Philippine waters. First was Duarte Barbosa, who was among those killed in Cebu. Next was Juan Carvalho, who ordered the destruction of the Concepcion (one of three ships of the expedition that reached the Philippines) off Bohol, and was removed from the captaincy after accepting a bribe from the Prince of Luzon (evidently, Rajah Matanda of Manila) while in Brunei. Gonzalo Gomez de Espinosa was the third to succeed in the captaincy. In Tidore, a community in the Maluku, south of Mindanao, Espinosa, who was concurrently the captain of the flagship Trinidad, and Elcano parted ways. Espinosa was determined to retrace the Pacific route going to the Americas, while Elcano sailed back to Spain via the Portuguese waters. The Trinidad was captured by the Portuguese, while the Victoria evaded them, and on 6 September 1522, they finally reached Spain.

Spanish Ship Elcano to Join the Quincentennial in Samar