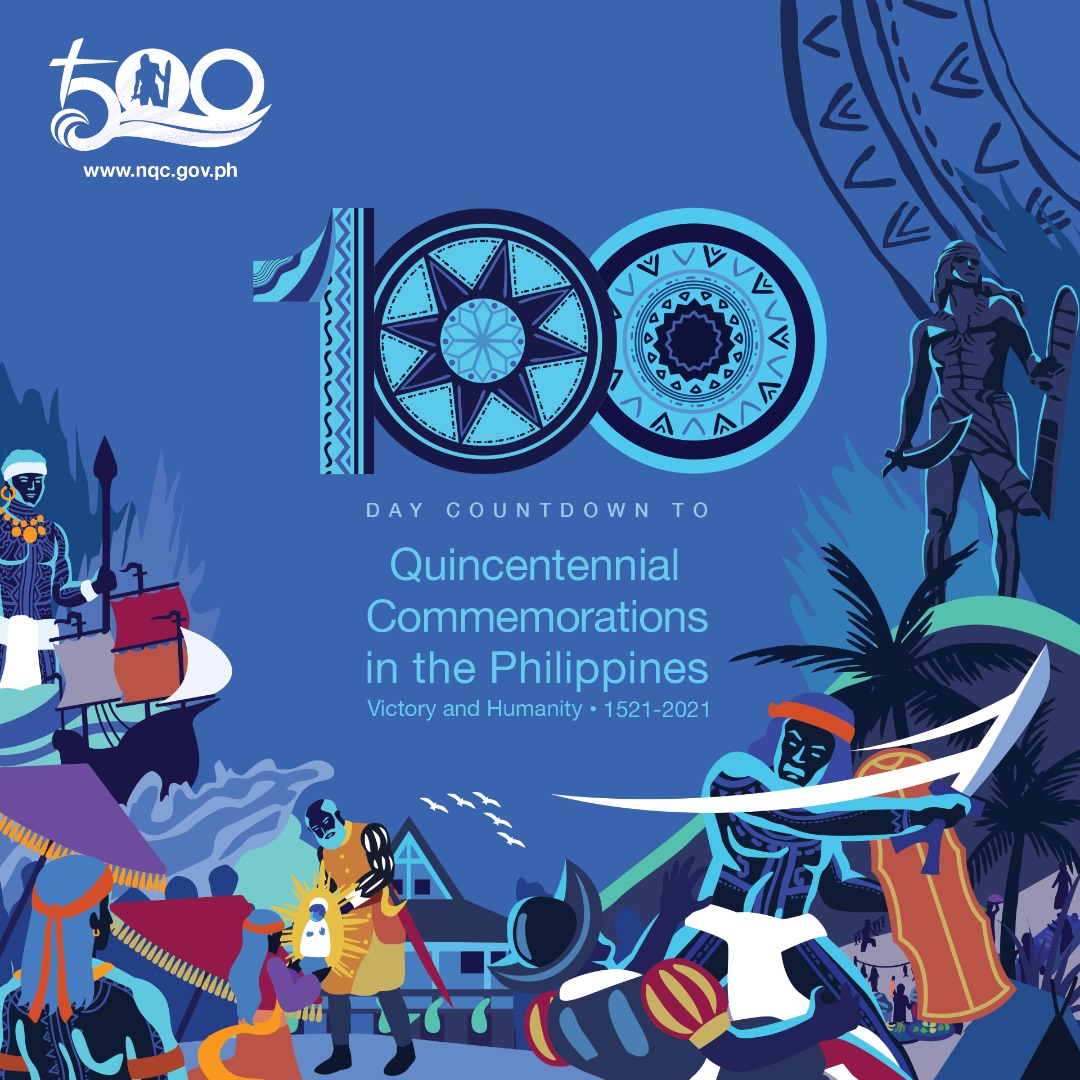 On 17 January 2021, Sunday, the Filipino nation will begin its 100-day countdown to the 2021 Quincentennial Commemorations in the Philippines (2021 QCP). Central in these commemorations is the 500th anniversary of the Victory at Mactan on 27 April 2021 (the reckoning date of the countdown). 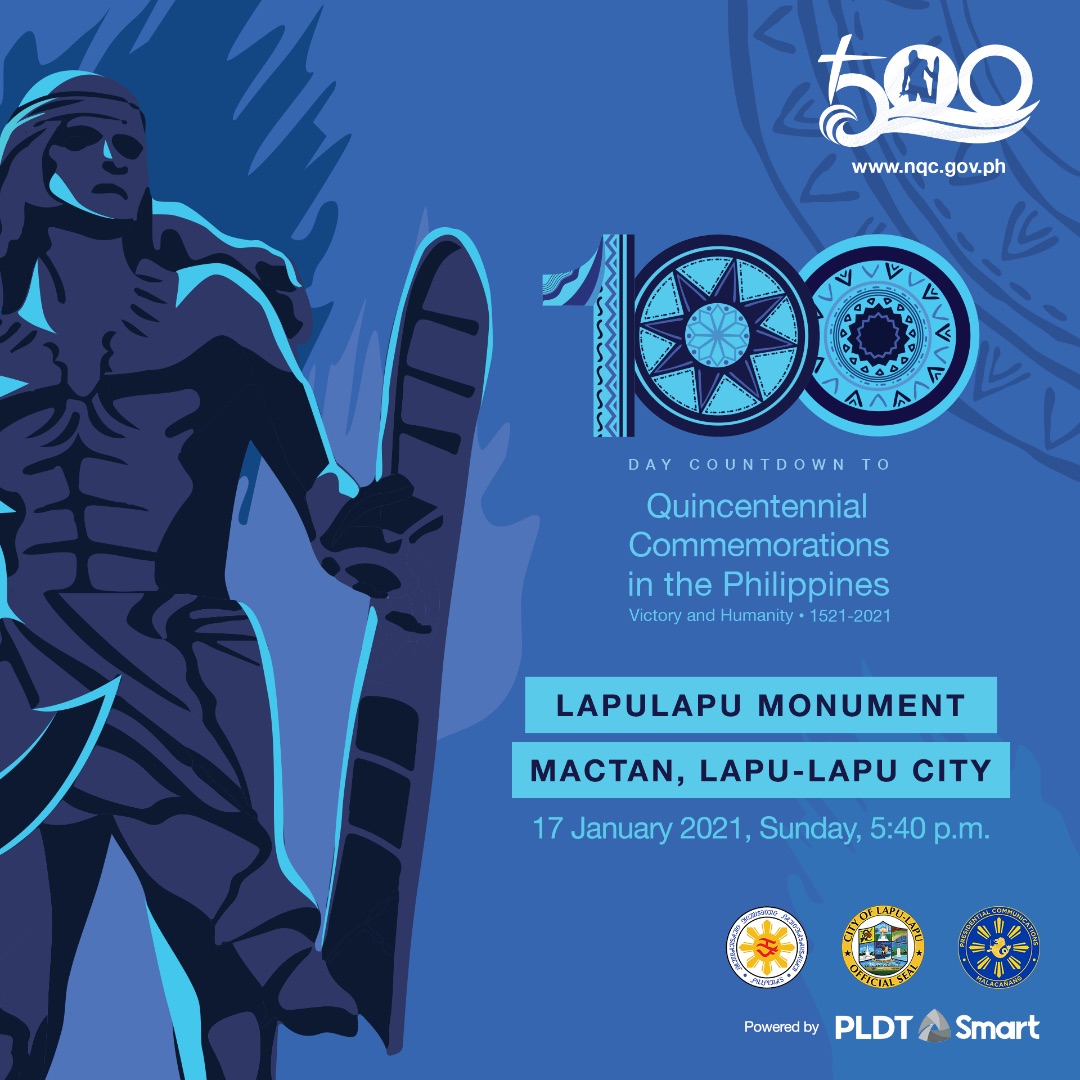 The Lapu-Lapu City Government will kick-off the countdown at 5:40 p.m. at the Lapulapu Monument, Liberty Shrine, Mactan, Lapu-Lapu City. Highlight of the event is the declaration of the shrine as a site of the permanent display of the Philippine flag through the NHCP Board Resolution No. 10, s. 2020. Confirmed guests are Office of the Presidential Adviser in the Visayas Secretary Michael Lloyd Dino, Philippine Information Agency Director-General Ramon Cualoping III, Lapu-Lapu City Lone District Representative Paz Radaza, Cebu Governor Gwendolyn Garcia, and Lapu-Lapu City Mayor Junard Chan.

It will be followed by a wreath laying at the Sentinel of Freedom (Lapu-Lapu Monument), Rizal Park, Manila (7:00 p.m.). It will be led by NHCP Chairperson and National Quincentennial Committee (NQC) Executive Director Rene R. Escalante. Spectacle of the event is the unveiling of the quincentennial emblem at the Rizal Park—the fourth of the five solar light-powered projects (i.e., Philippine flag, Rizal profile, Holy Rosary, Lapulapu). It is a project of A Liter of Light Foundation. 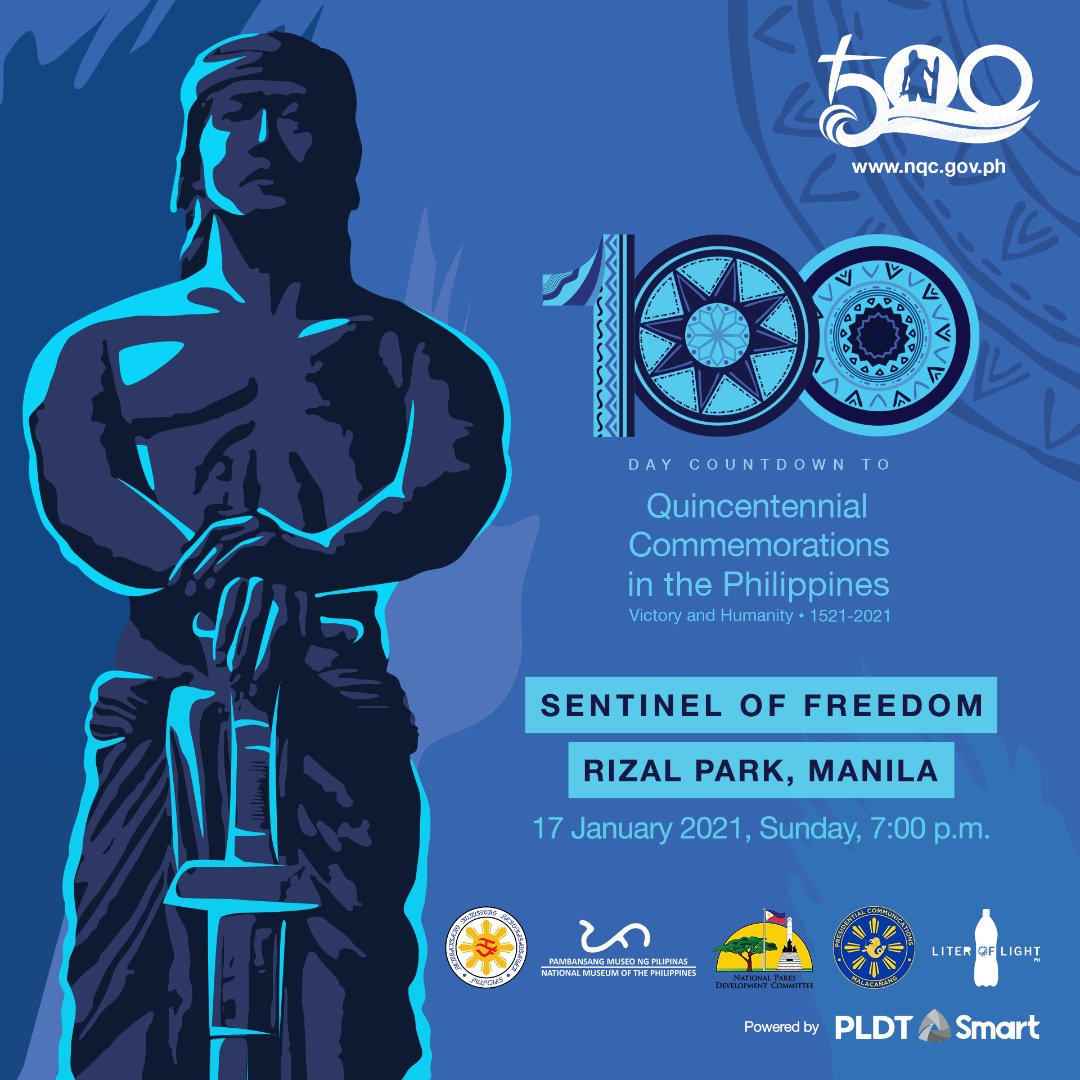 All events of the NQC are closed to general public owing to the pandemic. NQC Chairperson Salvador Medialdea instructed the NHCP and the Presidential Communications Operations Office, through the latter’s attached agencies Radio Television Malacañang, Philippine Information Agency, PTV, and other government media, to stream all the events live. The events are powered by PLDT and Smart Communications, Inc.

It was earlier announced by the NQC and NHCP that on April 27, there will be commemorative rites at the Liberty Shrine, to be followed by an evening show in the newly-restored Metropolitan Theater in Manila.

—
Know more about the event here: 👇