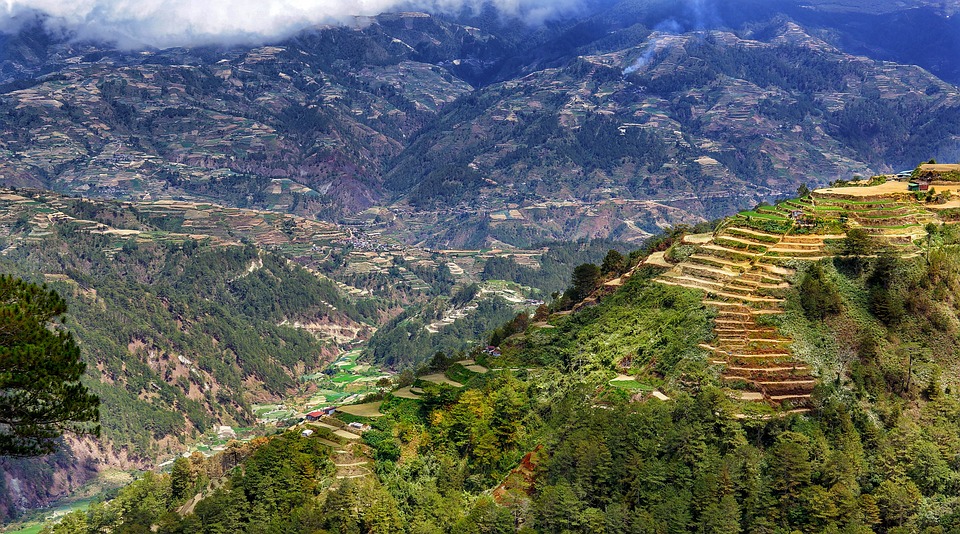 The Department of Tourism recently announced its plan to rehabilitate the famous Banaue Rice Terraces. The effort is set to start at the end of 2018 or early next year.

The Banaue Rice Terraces Restoration project is DOT’s biggest infrastructure project yet, supported by the Congress with an allocation of at least PHP80 million. DOT Secretary Bernadette Romulo-Puyat, on July 27, visited Ifugao to discuss the project with local government.

According to Tourism Infrastructure and Enterprise Zone Authority (TIEZA) Chief Operating Officer Pocholo Paragas, the restoration project will be split into two parts — the rehabilitation of TIEZA-operated Banaue Hotel and the stonewalling of the rice terraces that deteriorated over time.

“In the stonewalling, I think we’re already at the final stage of designation because it’s very critical in that site that you cannot just bring any contractor, it should be by them. Because it’s a heritage piece, you can’t use ordinary cement but stones (found in the area),” Paragas said.

Built by the Ifugaos by hand some 2,000 years ago, the Banaue Rice Terraces is among Philippines’ national cultural treasures and is listed as a UNESCO (United Nations Educational, Scientific, and Cultural Organization) World Heritage Site. Among the famous terraces found in Banaue include the Batad Rice Terraces and the Bangaan Rice Terraces.

Unfortunately, more than 500 hectares or 33.6 percent of the Banaue Rice Terraces have been damaged, eroded or abandoned, as reported by the Municipality of Banaue.

The Banaue International Music Composition Competition (BIMCC), which concluded on July 25, was launched to bring back the grandeur of the rice terraces through music.

Leon Firšt from Slovenia won the grand prize with his composition “The Story of Ifugao” played by an orchestra at the Tanghalang Nicanor Abelardo in CCP.

Two runners-up named were Alessandra Salvati from Italy with her composition “Hudhud”, and Jem Robert Taraloc of the Philippines with his piece “Kabunyan”.

Tourism chief Romulo-Puyat lauded the iniative, saying: “I am sure that these musical masterpieces would make for a powerful invitation for tourists all over the world to rediscover the majesty of the Banaue Rice Terraces.”

The BIMCC was launched by Milagros How, United Harvester, Inc. president and the municipal government of Banaue.

Hotels in GCQ, MGCQ may now be allowed to operate at full capacity

Batangas, home to some of the Philippines’ best dive sites now open to divers