Fame is inherent as far as young Sofia’s family is concerned. It would tend to follow if your family name is Gonzalez-Romualdez. But showbiz and political pedigree aside, it is time for Sofia to step into the spotlight. 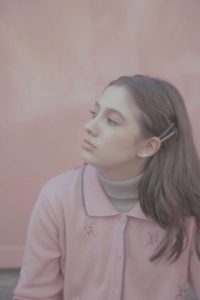 Sofia has been quietly building a music career since she released a confident sounding debut single entitled “Pikit Mata,” with Viva Records two years ago. The song figured prominently in the movie “FanGirl FanBoy” (which starred Julian Trono and Ella Cruz) which prompted young movie goers to wonder, ‘whose voice was that who sang that song?’ Well ask no more, as Sofia returns with a modern sounding new tune in “Thinkin’ Of U.”

Passionate about music since she was little, Sofia said, “music was always in me, there was never really a time where it wasn’t my passion. I never really saw myself doing anything else besides music growing up.”

And Sofia has always been into writing. While she had not had the chance to write her own debut, with “Thinkin’ Of U,” she’s not letting the chance go past. 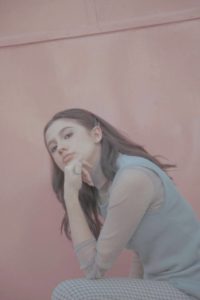 Seeming to mature as a songwriter in a short span of time she’s been with working with Viva, she has now crafted a very stylish, very modern R&B tinged pop piece. She has likewise been more comfortable in the recording studio and it shows in the new single, or rather, one can hear it her vocal performance on tape.

Sofia is all about being herself. She shared, “I dont really write to sell, it defeats the purpose of being an artist. Being yourself is key, it’s better to sound weird than to sound like every other “artist” in the market. We shouldn’t be afraid to express ourselves, that’s the point of being an artist after all.”

A gem among other “artists” in the field of Pinoy pop, Sofia is unique in a way that she does what she wants and records the music that she loves. She’s definitely a new breed that her generation would want to listen to.

And this is just the start.

Thinkin’ Of U
Spotify  I  Apple Music