As Enchanted Kingdom celebrates its 21st anniversary this coming October 15, 2016, it redefines its position as the only world-class themed amusement park destination in the country.  It signals the start of EK’s vision of differentiating itself further with one-of-a-kind unique rides and attractions, world-class entertainment and performances and superlative guest service.

Enchanted Kingdom is coming off a banner year last year and its popularity here and abroad continues to grow, with Trip Advisor recognizing this and including EK in its list of Asia’s Top 25 Amusement Parks. As Enchanted Kingdom embarks on its expansion and redevelopment plan, this regional popularity will definitely increase much further starting with the arrival this year of Agila: The EKsperience, its grandest and most innovative ride attraction in 21 years!  Agila will truly be a must-see attraction not only for foreign visitors but most especially for all Filipinos, young and old alike.

Big surprises are in store for all guests during Enchanted Kingdom’s 21st anniversary celebration starting this October and continuing on until the end of the year, from our ground-breaking new rides and attractions, to our totally new entertainment, food and merchandise offerings. 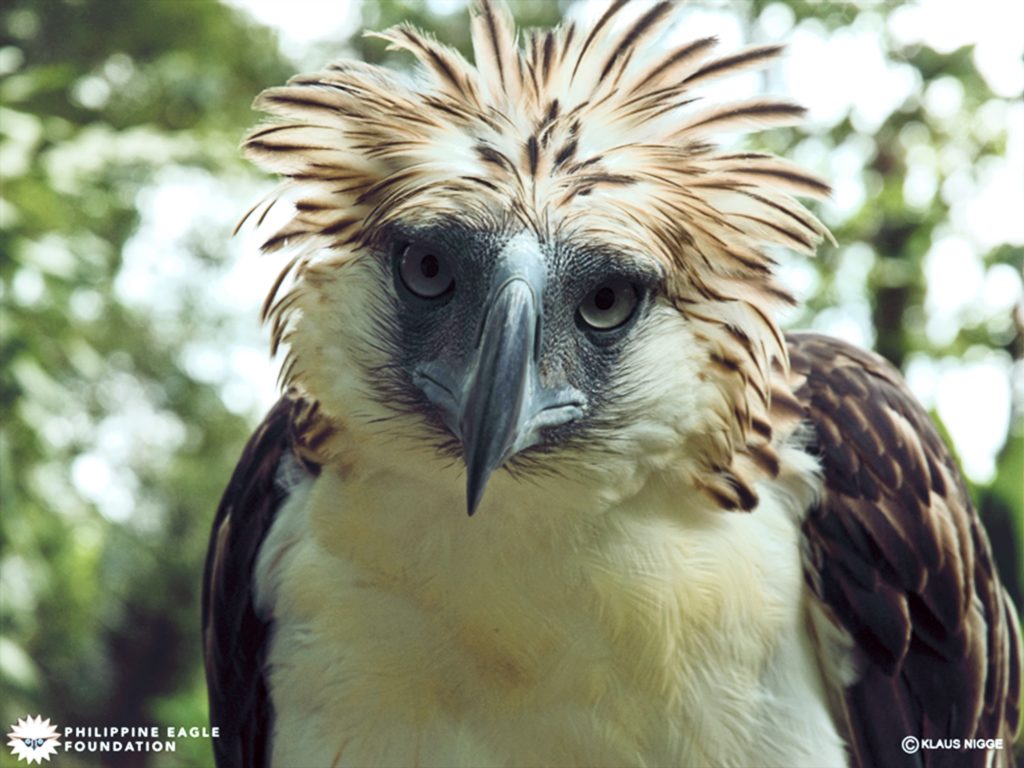 This unique attraction is named Agila as a tribute to the magnificent Philippine eagle, the largest bird of prey of its kind in the world.  It not only signifies Enchanted Kingdom’s commitment to promote and support the Philippine eagle’s conservation efforts; Agila also stands as a symbol of the Filipino’s indomitable spirit to soar above all the challenges of life.

Agila: The Experience will feature pioneering and patented motion theater technology simulating the flight of an eagle.  It will showcase some twenty of the country’s stunning destinations within a six-minute feature film, all captured through aerial videography in vividly clear 6K resolution by an Emmy award winning cinematographer known for some astonishing aerial videography in the award winning reality television series “Survivor”, and blockbuster movie hit “Titanic”.

Agila: The Experience will be unrivaled in bringing guests the very best of the Philippines through a spectacular flying adventure! 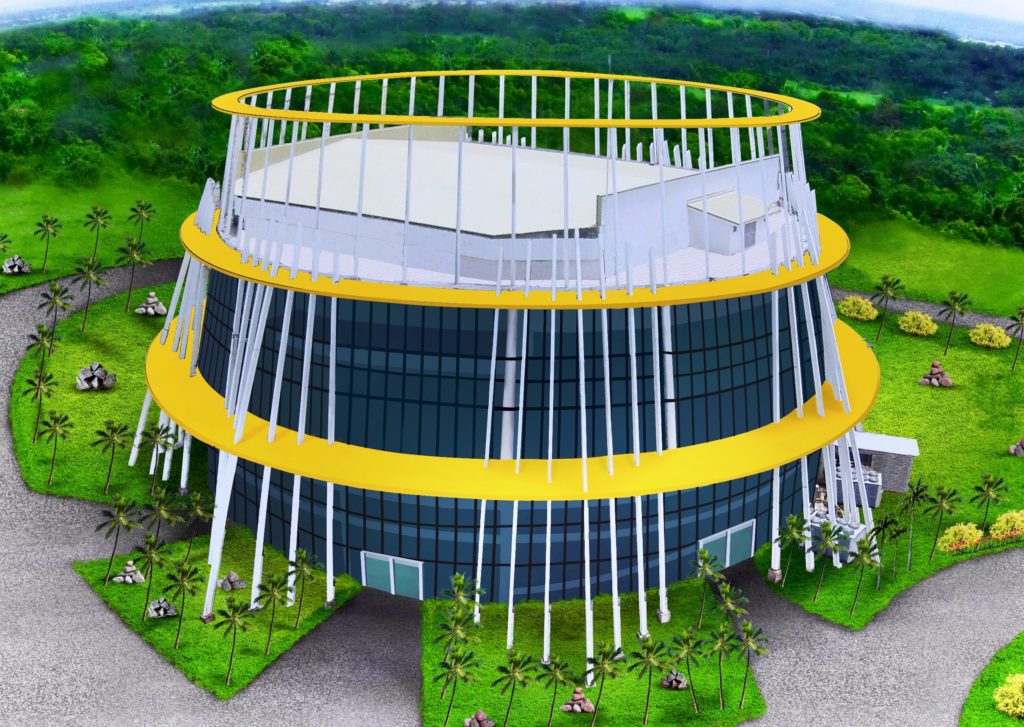 An Iconic Landmark Rises
The Agila Flying Theater is the largest of its kind in the world in terms of seating capacity – accommodating 105 guests at any one time every ride cycle.  Housed in an iconic circular building symbolizing the sun in the Philippine flag, this 10-storey high structure will be EK’s largest single attraction to-date by the time it opens, with a footprint of over 6,000 square meters.

The high-ceilinged interior of the theater houses three-tiers of motion-base seating with special effects designed to provide an uninterrupted panoramic view of a massive curved screen ensuring a fully immersive and interactive viewing experience.

The Agila Flying Theater was designed and engineered by Simex-Iwerks of Toronto, Canada, a global leader in special effects driven motion simulator theater attractions and films, and Rhetroactive of Los Angeles, California, an internationally renowned attraction integrator and designer of engaging entertainment experiences.  Their collaboration will deliver a thrilling and entertaining experience with various special effects to the riders.  The iconic building itself was designed by an innovative local architectural firm, DQA Design & Planning, Inc.

Agila: The Experience will definitely be an unforgettable ride attraction at Enchanted Kingdom when it finally opens in 2016 and beyond. 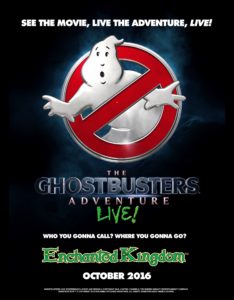 After the howling success of its locally produced horror walk-through attractions in tie ups with the producers of the local movies Pagpag and Kubot, Enchanted Kingdom proudly brings in the official franchise of the global blockbuster hit Ghostbusters for its latest world-class attraction, to be launched just in time for Halloween.

Ghostbusters Live! is based on the global blockbuster hit series including the latest version which was just released this July 2016, and features state-of-the-art scare effects that will surely offer a thrilling fun experience for the whole family. It is a unique concept made possible with a partnership with the licensee of Ghostbusters – Sudden Impact! Entertainment Company of New York, USA.

To ramp up the excitement with the launching of the new attraction, in-park activities will be held and supernatural ghoulish sightings are sure to abound around the premiere theme park’s sprawling grounds. Park guests need not be afraid, though, because they know “who they’re gonna call!” 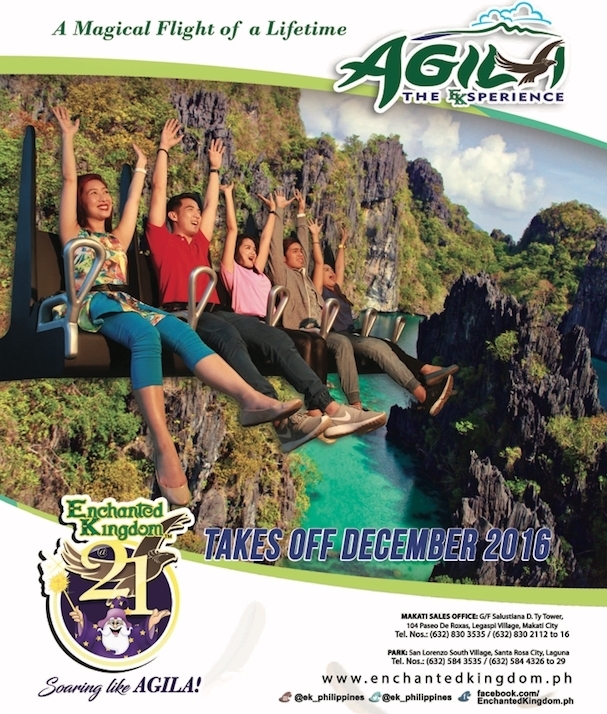 EK @ 21
According to Mr. Mamon, quoting some words from his virtual mentor Walter Elias Disney, “If you think that we are through with our plans because we are celebrating our 21st year, let me just say this. We are just starting and you ain’t seen nothing yet!”  He continues, “There’s a lot more magic coming over the horizon as we envision Enchanted Kingdom to be an integrated attractions destination catering to wholesome family leisure &entertainment, transforming and enhancing the EK experience beyond a single stand-alone themed amusement park. The arrival of Agila: The Eksperience heralds the start of this transformation for a bigger and more magical place for bonding and creating memorable moments for all ages.

There will be a lot more exciting reasons to visit Enchanted Kingdom and experience the magic that sets it apart from anything else.

The Light At The Tunnel

Be a hero, make a change!

A Day in the Life of a Princess at Enchanted Kingdom

Spend your break at Enchanted Kingdom!

The 45-minute EKsperience that lasts a lifetime