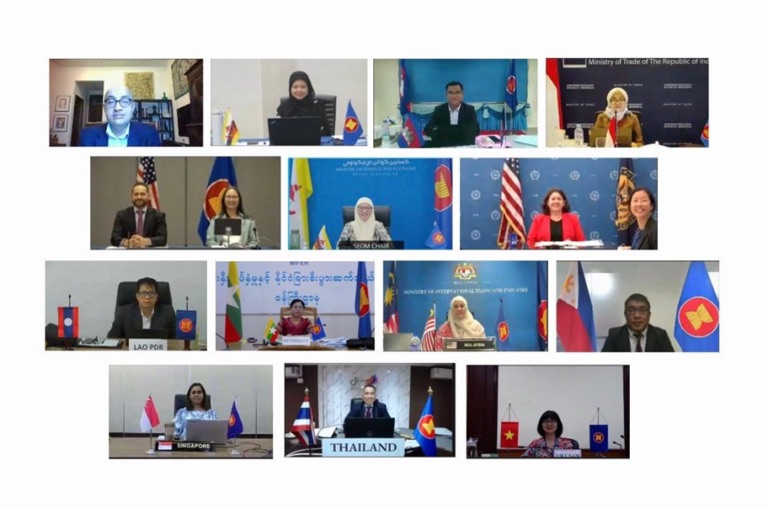 Association of Southeast Asian Nations’ (ASEAN) Senior Economic Officials (SEOM) met with Deputy Assistant US Trade Representative (AUSTR) for Southeast Asia and the Pacific Marta Prado for the 34th SEOM-AUSTR Dialogue Partner Consultations on 14 August 2021 via videoconference. The Philippines was represented by Department of Trade and Industry (DTI) Assistant Secretary Allan B. Gepty.

At the SEOM-AUSTR consultations, officials finalized the 2021-2022 ASEAN-U.S. Trade and Investment Framework Arrangement (TIFA) and Expanded Economic Engagement (E3) Work Plan which will facilitate implementation of cooperation initiatives to support the region’s post-pandemic economic recovery efforts, including in the areas of digital economy, micro, small and medium enterprises (MSMEs), sustainable development, trade facilitation, labor and environment, among others.

“The Philippines welcomes the continued engagement and developments of initiatives between ASEAN and US particularly in the areas of Digital Trade, Transparency and Good Regulatory Practices, MSME Development, Trade Facilitation, and the ASEAN Single Window. These are important areas of cooperation especially in the post pandemic period.” Gepty said.

During the SEOM-AUSTR consultations, Assistant Secretary Gepty also emphasized that with the current challenges and the evolving business environment, cooperation activities and trade rules must keep abreast with recent developments, and must remain relevant.

The ASEAN-US trade and economic relations is guided by the TIFA concluded in August 2006, which serves as a mechanism to strengthen ASEAN-US trade and economic ties. The finalized 2021-2022 Work Plan will be submitted to Economic Ministers at the ASEAN Economic Ministers-United States Trade Representative (AEM-USTR) Consultations in September 2021 for endorsement and subsequent implementation.

Philippines and Singapore to explore digitalization opportunities for MSME development

The Philippines and Honduras Mark 75 Years of Bilateral Relations

Philippines sees stronger economic cooperation with US in post-pandemic recovery