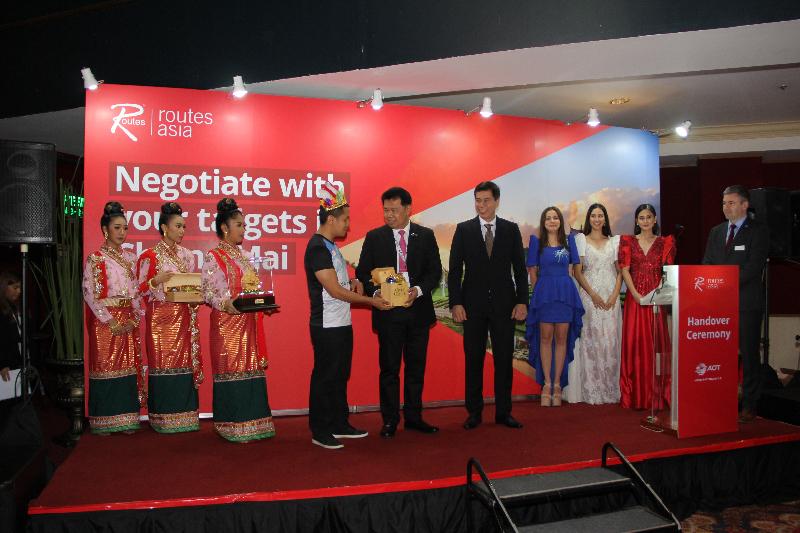 CEBU – The Department of Tourism (DOT) and Mactan-Cebu International Airport Authority (MCIAA) passed on the Routes Asia hosting duties to Chiang Mai, Thailand after a successful three-day stint of the premiere aviation development event in Cebu.

“We extend our warmest gratitude to the organizers, delegates, and guests of the Routes Asia 2019. I am confident that in the past three days you were able to experience the Filipino warmth, hospitality, and Cebuano culture as we connect Cebu to Asia and to the rest of the world through this event. The fun we started here in the Philippines will continue in Chiang Mai, Thailand for next year’s Routes Asia,” DOT Secretary Bernadette Romulo-Puyat said.
DOT Undersecretary for Tourism Development Benito Bengzon Jr. and MCIAA General Manager Steve Dicdican exchanged tokens of appreciation with Airports of Thailand Senior Executive Vice President Wichai Bunyu in a ceremonial turn-over. 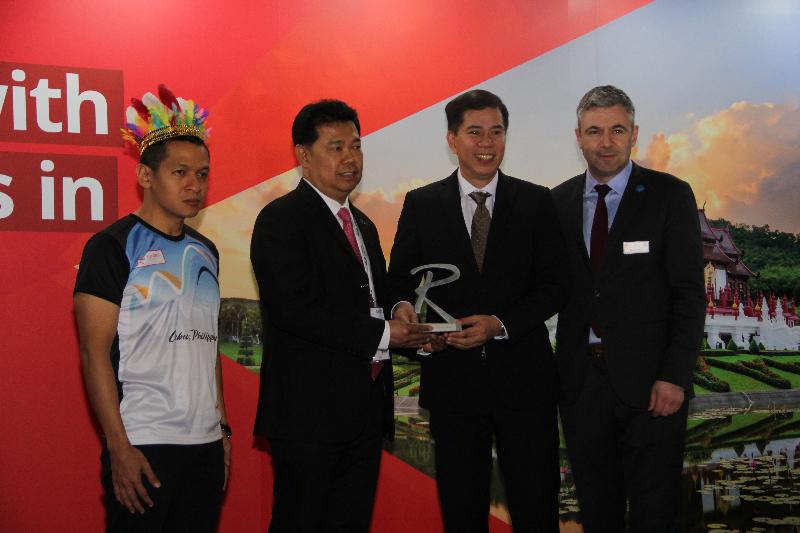 “Before we handover to next year’s hosts, I’d like to thank the Philippine Department of Tourism and their partner Mactan Cebu International Airport. It’s been a real pleasure to work with their teams and I’m sure that you’ll agree that their hospitality has made this an unforgettable Routes Asia,” Routes Asia Brand Manager Steve Small shared during the handover.
Routes Asia 2019 gathered the biggest airline attendance in the region’s event history with over a hundred airlines participating.

“We had our biggest airline attendance this year and that shows real interest. The hosts have been impeccable: the energy and the positivity, the number of meetings that’s been going on, the response with positivity around the social receptions and the hospitality which they’ve experienced. We have nothing but positive remarks from all our customer segments so that’s been fantastic for us,” Small added.

Cebu is the second host in the country of the route development forum for Asia following an equally outstanding hosting in Manila last 2016.
“I believe it was a very successful hosting of the event, we did things that were never done before in a Routes event. we were able to showcase Cebuano culture, the famous Cebuano trait of hospitality, and fun. It is not yet over, we still have post-event tours and I’m sure that our guests will enjoy Cebu more,” MCIAA General Manager Dicdican said.
Delegates are treated to additional post-event tours of the Cebu Safari Adventure Park, canyoneering at Kawasan Falls, and Oslob whale watching.
“We are open to hosting Routes Asia again and even World Routes in the future. Hosting the World Routes would be perfect because now our market is only Asia we want to reach out to other continents and hosting of a world event will be the step towards that,” MCIAA General Manager Dicdican said.
Routes Asia will return to Thailand after it was hosted in Pattaya in 2006.