Technology
May 5, 2022
by Balikbayan Media Center
0

Department of Trade and Industry (DTI) Secretary Ramon M. Lopez reaffirmed the Philippine government’s support for the establishment of SpaceX in the country. SpaceX is setting up a business entity that will provide internet service through low earth orbit (LEO) satellites and is targeting to launch the first gateway for their satellites before the end of the term of President Duterte.

In a meeting with SpaceX Government Affairs Senior Manager Rebecca Hunter on 20 April 2022, Secretary Lopez narrated the reforms and other measures undertaken by the Duterte Administration to entice more foreign investors in industries that have been liberalized, allowing more foreign players in the country. Secretary Lopez discussed more details on the Public Service Act (PSA), which paved the way for the company’s registration as a 100% foreign-owned business, and expressed DTI’s assistance in following up its pending applications.

On the part of SpaceX, Ms. Hunter provided updates on the progress of their investment that will make the Philippines the first location of SpaceX in Southeast Asia. Asia. According to her, the company has started the process of registration and securing permits from the respective government agencies. Further, SpaceX recognized the government’s “phenomenal” assistance throughout the process of its establishment and conveyed its plans to continuously grow while ensuring alignment with government priorities, not just commercial priorities.

During the meeting, BOI Managing Head and DTI Undersecretary Ceferino Rodolfo provided information on the incentives under Corporate Recovery and Tax Incentives for Enterprises (CREATE), including information on the benefits of BOI registration. They were also joined by (NEDA) Undersecretary Rosemarie Edillon, PTIC-WDC Commercial Counselor Kenneth Yap, and PTIC-NY Commercial Consul Benedict Uy to address the concerns of SpaceX and assure them of the continuity of government support to investors and political stability despite the forthcoming election. SpaceX first met with the Philippine government in April 2021 to discuss its investment plans and has since been in close coordination with the Board of Investments (BOI), Philippine Trade and Investment Center (PTIC)-New York, and other government agencies to facilitate the issuance of the necessary permits and certificates.

–
Stay updated with news and information from the Department of Trade and Industry by visiting their website at dti.gov.ph. 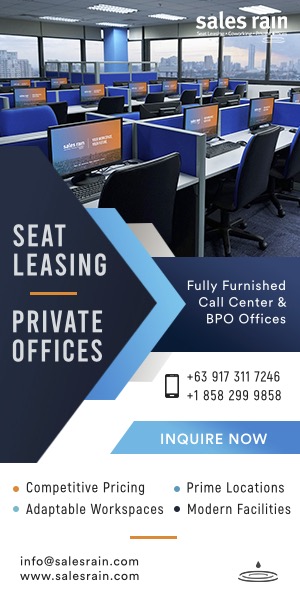