Do you miss going to the Cultural Center of the Philippines and watching their world-class shows? The CCP online is showing archival recordings in high-definition that celebrate Filipino artistry and talents.

The show was last presented on October 10 at the CCP Tanghalang Aurelio Tolentino. 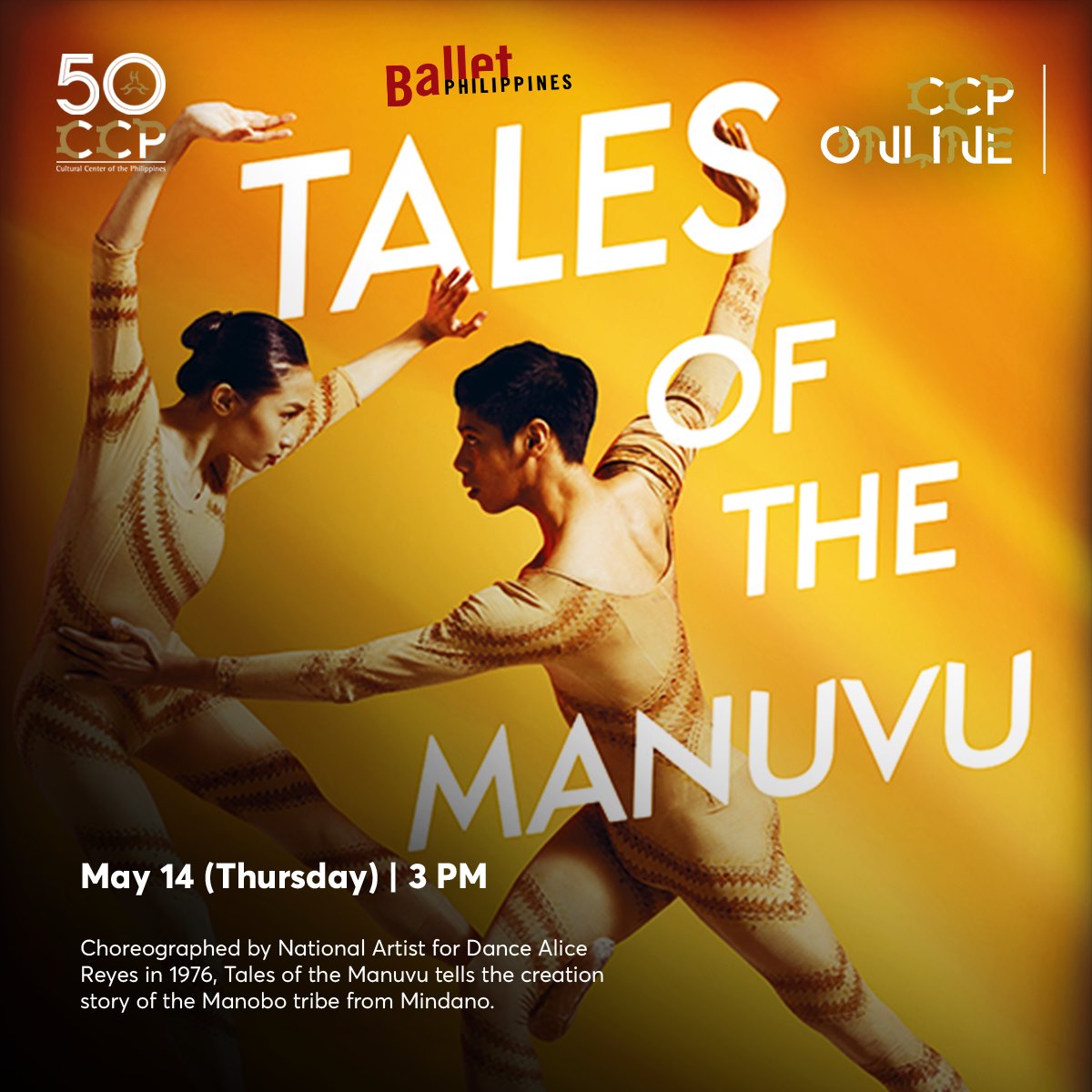 Ballet Philippines’ Romeo and Juliet will be shown on May 21 with music by Sergei Prokofiev and choreography by National Artist for Dance Alice Reyes, the Shakespeare’s classic romance tale of star-crossed lovers offer audiences a captivating feast for the senses.

On May 23 is sarsuwela night with Tanghalang Pilipino’s Walang Sugat which was written by Severino Reyes who is regarded as the father of the Tagalog sarsuwela. This is the story of Tenyong who outwits the people trying to separate him from his love interest Julia.  The literary masterpiece speaks against imperialism, revealing scenes that depicted the cruelty of the Spanish friars and how patriotic Filipinos died in their hands.

Fashion and ballet come together on May 26 with the Michael Cinco x Ballet Philippines Autumn-Fall 2020.  Produced to celebrate the golden anniversary of BP, the one-night gala features Swan Lake-inspired dance choreography by Alden Lugnasin and the couture fashion collection by designer Michael Cinco.

Agnes Locsin’s neo-ethnic masterpiece, Ballet Philippines’ Encantada, premieres on the virtual stage on May 28. Presented as the opening salvo for BP’s 42nd dance season, it centers around the sovereign spirit of the mountain. The show featured guest artist Georgette Sanchez and BP principal dancer Candice Adea as the Encantada, Jean Marc Cordero as Estranjero and Katherine Trofeo and Carissa Adea as the Babaylan.

The hit superhero musical, Zsazsa Zaturnnah Ze Muzikal, saves the day on May 30.  Based on graphic novel of the same title by Carlo Vergara and performed by Tanghalang Pilipino actors, it follows the adventure of a gay beauty salon owner who transforms into a voluptuous superhero who saves her town from marauding zombies, power-tripping fashion forward aliens and a giant dancing frog.

Catch these shows at CCP’s YouTube channels. Watch as much as you can all for free. The shows will be shown live for a week.  Subscribe to their YouTube channel at bit.ly/CCPOnlineYT! #CCPOnline #50CCP

United States and Philippines partner to support fisherfolk during COVID-19

17 full-length films to compete in Cinemalaya 17