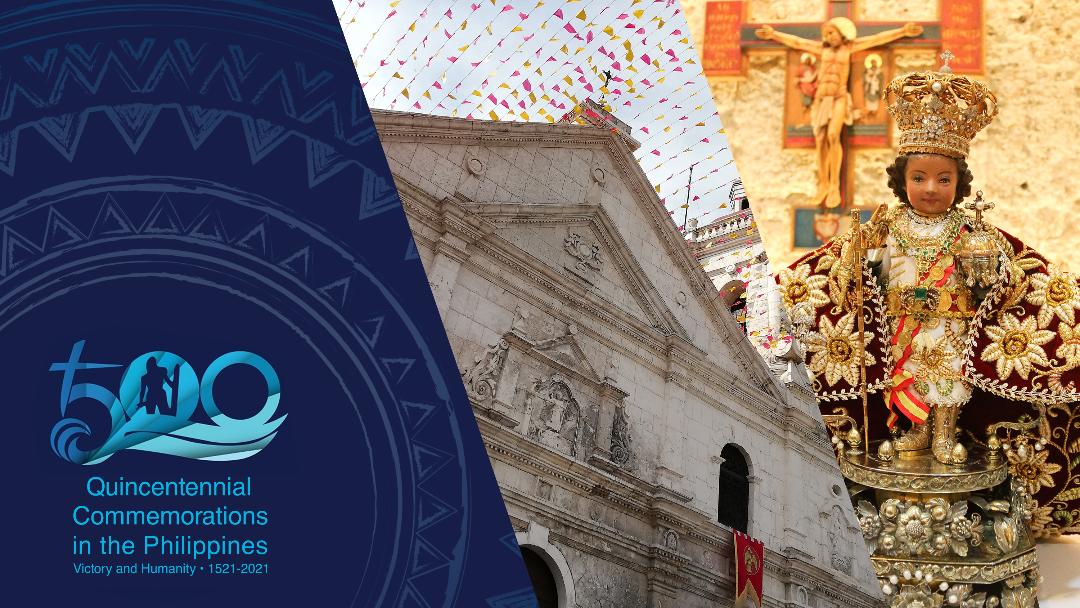 National Historical Commission of the Philippines Chairperson Rene R. Escalante announced the declaration of the Basilica Minore del Santo Niño de Cebu and the image of the Santo Niño de Cebu as National Cultural Treasure by the National Museum of the Philippines. The concurrent Executive Director of the National Quincentennial Committee (NQC) added that this is scheduled on 14 April 2021, the D-Day of the Catholic Church’s celebration to the 500th anniversary of the introduction of Christianity in the Philippines. Also known as the 500 Years of Christianity to the church sector, the said milestone is one of the 34 major milestones of the 2021 Quincentennial Commemorations in the Philippines (2021 QCP).

Escalante updated the public during the launching of the three-part webinar “Bound By History: Magellan, Santo Niño and the Beginning of the Augustinian Evangelization,” organized by the Augustinian Provincial Committee on the 500th anniversary of the arrival of the image of the Santo Niño de Cebu on 30 January 2020.

He also shared that the “NQC admits that a lot of people confuse the 500 Years of Christianity as the main event of the [National Quincentennial Committee.” “A major factor to this is the fact that majority of the Filipino population is Roman Catholic,” he added. “This is a clear manifestation how well entrenched the Christian faith in the consciousness of our countrymen, especially the Filipino Catholic faithful.” The government-led 2021 QCP reckons as its D-Day the 500th anniversary of the Victory at Mactan on 27 April 2021.

“Nevertheless, the NQC supports the academic, cultural, and historical aspects of the 500 Years of Christianity as an integral part of the 2021 Quincentennial Commemorations in the Philippines, which is our branding for all the quincentennials happening this 2021 in the Visayas, Palawan, and Mindanao,” Escalante furthered.

The NHCP Chair outlined in his message the government-church collaboration in the 500 Years of Christianity. Among these are the exhibit and documentary being produced by the NHCP and the Philippine Embassy in Lisbon highlighting the role of the Santo Niño in Philippine history and culture.