For the month of September (with September 23 to 30 based on overnight data), GMA posted an average total day people audience share of 41.1 percent in the National Urban Television Audience Measurement (NUTAM), beating ABS-CBN’s 37.1 percent.

The Kapuso Network emerged as the viewers’ top choice as it continued to lead across all day parts. In the morning block, GMA registered 38.2 percent people audience share versus ABS-CBN’s 34.3 percent.

GMA remained undefeated in the afternoon block after tallying 41.2 percent while ABS-CBN only managed to get 37.1 percent.

Likewise in the evening block, GMA again led competition with 42.3 percent as against ABS-CBN’s 38.3 percent.

The Kapuso Network also maintained its dominance in the viewer-rich areas of Urban Luzon and Mega Manila, which respectively account for 72 and 59 percent of all urban viewers in the country.

Similarly in Mega Manila (with official data from September 1 to 22), the Network posted an average total day people audience share of 48.6 percent, which was largely ahead of ABS-CBN’s 27.9 percent. 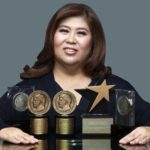 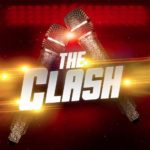 Completing the Network’s list of ratings drivers for September were Inday Will Always Love You, Wowowin, 24 Oras Weekend, Imbestigador, Contessa, Eat Bulaga, Kapuso Movie Night, and Tadhana.
Kapuso programs also dominated the list of top programs in both Urban Luzon and Mega Manila, respectively taking 21 and 24 spots out of the top 30. 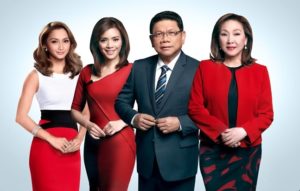 Nielsen data is gathered through a greater number of sampled homes nationwide in comparison to Kantar Media. With approximately 900 more homes surveyed in Total Urban and Rural Philippines compared to Kantar, Nielsen data is statistically considered more representative of the total TV population. 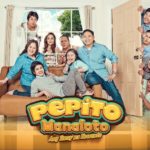