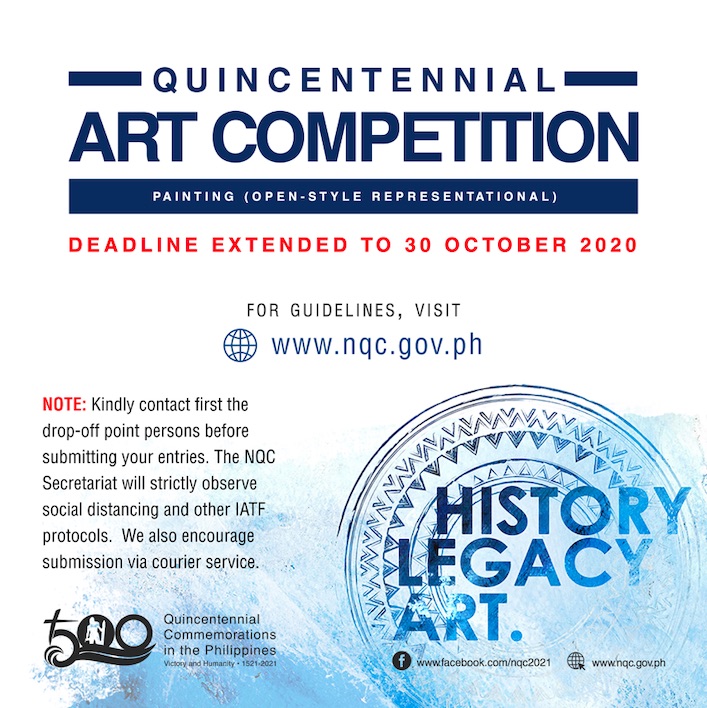 The National Quincentennial Committee (NQC) announced last August that the new deadline for the Quincentennial Art Competition is on October 30, 12 noon. To ease the burden of the artists in shipping their entries, the NQC opened 23 new drop-off points across the country. Contact details, as well as guidelines and forms, can be accessed through https://nqc.gov.ph/en/quincentennial-art-competition.

The competition is among the remaining activities of the NQC resolved to push through amid the COVID-19 pandemic. Over fifty projects in time for the 2021 Quincentennial Commemorations in the Philippines (2021 QCP) were canceled or indefinitely postponed. The National Committee on Art Galleries (NCAG) of the National Commission for Culture and the Arts (NCCA) sits in the technical working group of the competition, together with the National Historical Commission of the Philippines (NHCP).

Twelve artworks shall be determined from four themes: Sovereignty to celebrate the 500th anniversary of the Victory at Mactan; Magnanimity to commemorate the compassion of our ancestors to the first circumnavigators of the world (i.e., Magellan-Elcano expedition) who came to Homonhon, Guiuan, Eastern Samar after traversing the deadly Pacific for almost three months: starving, undernourished, sick; Unity to underscore the contributions of various nationalities in circumnavigating the world for the first time; and Legacy to embody the legacy of the first circumnavigation of the world to our country: the introduction of Christianity. An artist may submit an entry per theme. 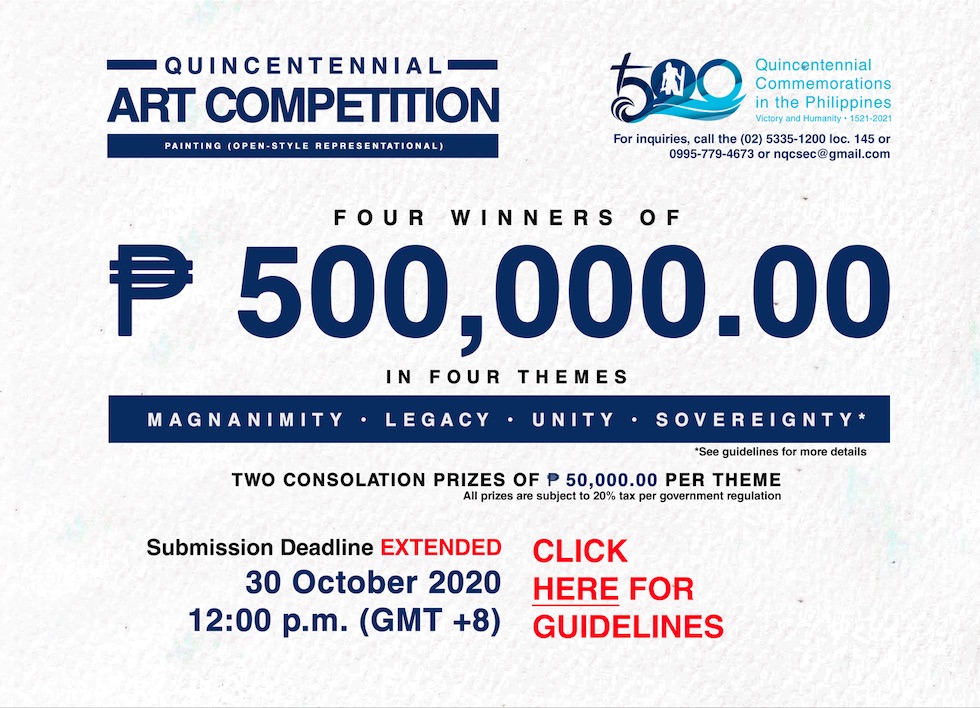 In 2021, the country will commemorate the 500th anniversary of the Victory at Mactan, the Philippine part in the first circumnavigation of the world, and other related events, collectively known as the 2021 Quincentennial Commemorations in the Philippines (2021 QCP). Executive Order No. 55, s. 2018 created the NQC for this purpose.

Lapulapu to Have His Own National Monument