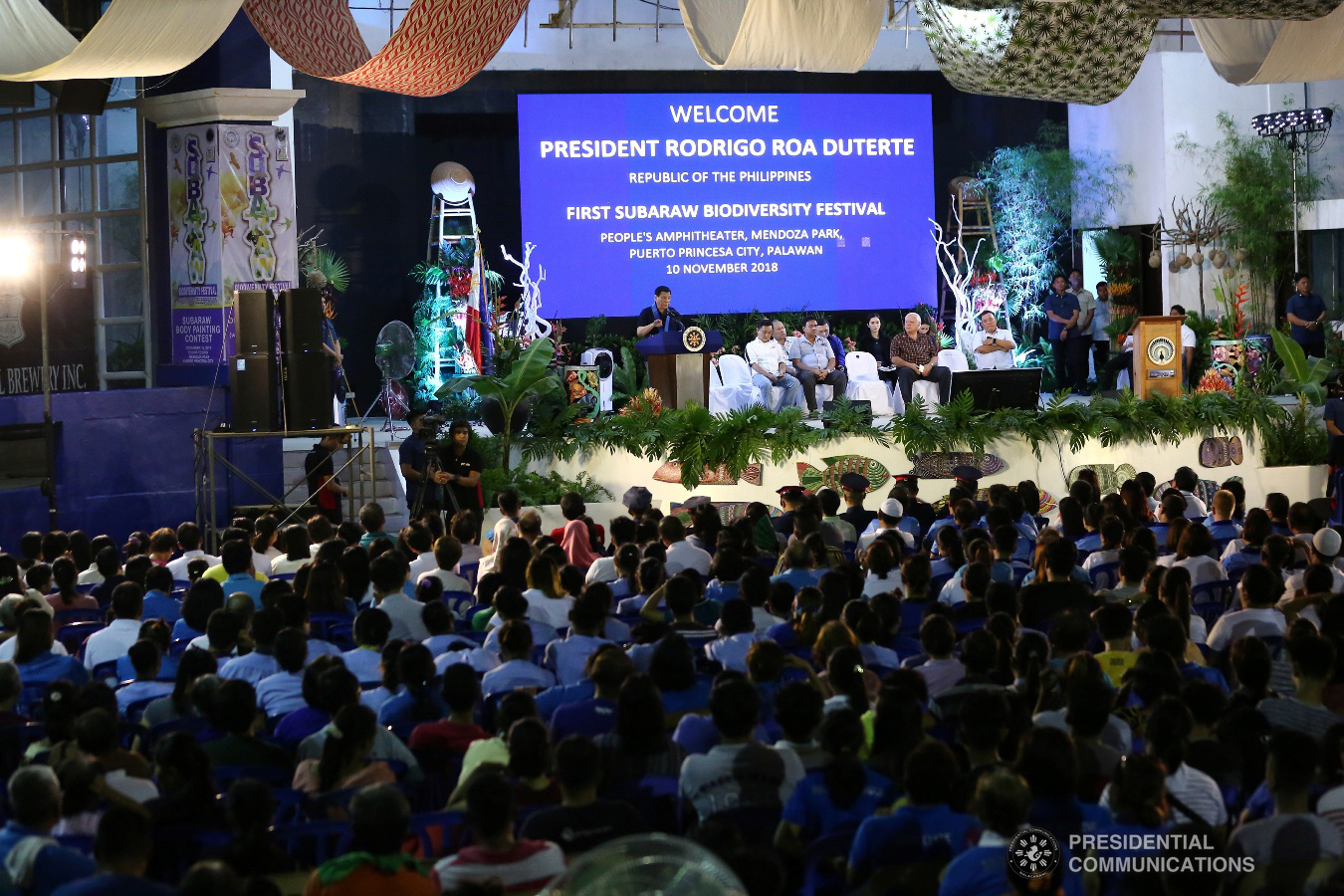 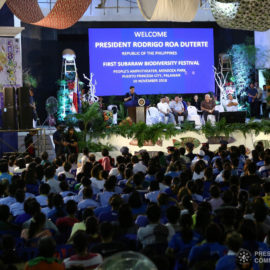 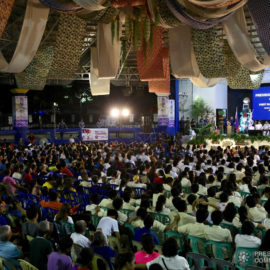 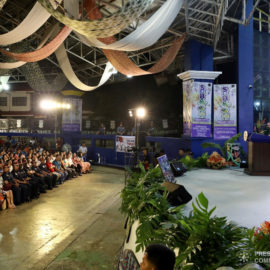 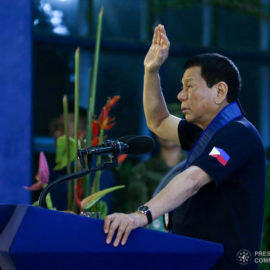 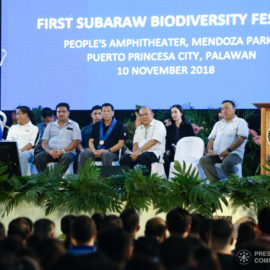 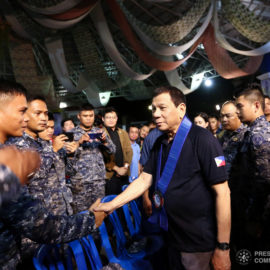 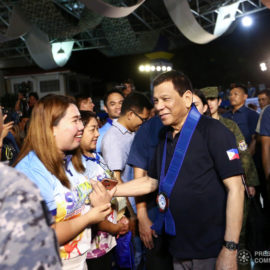 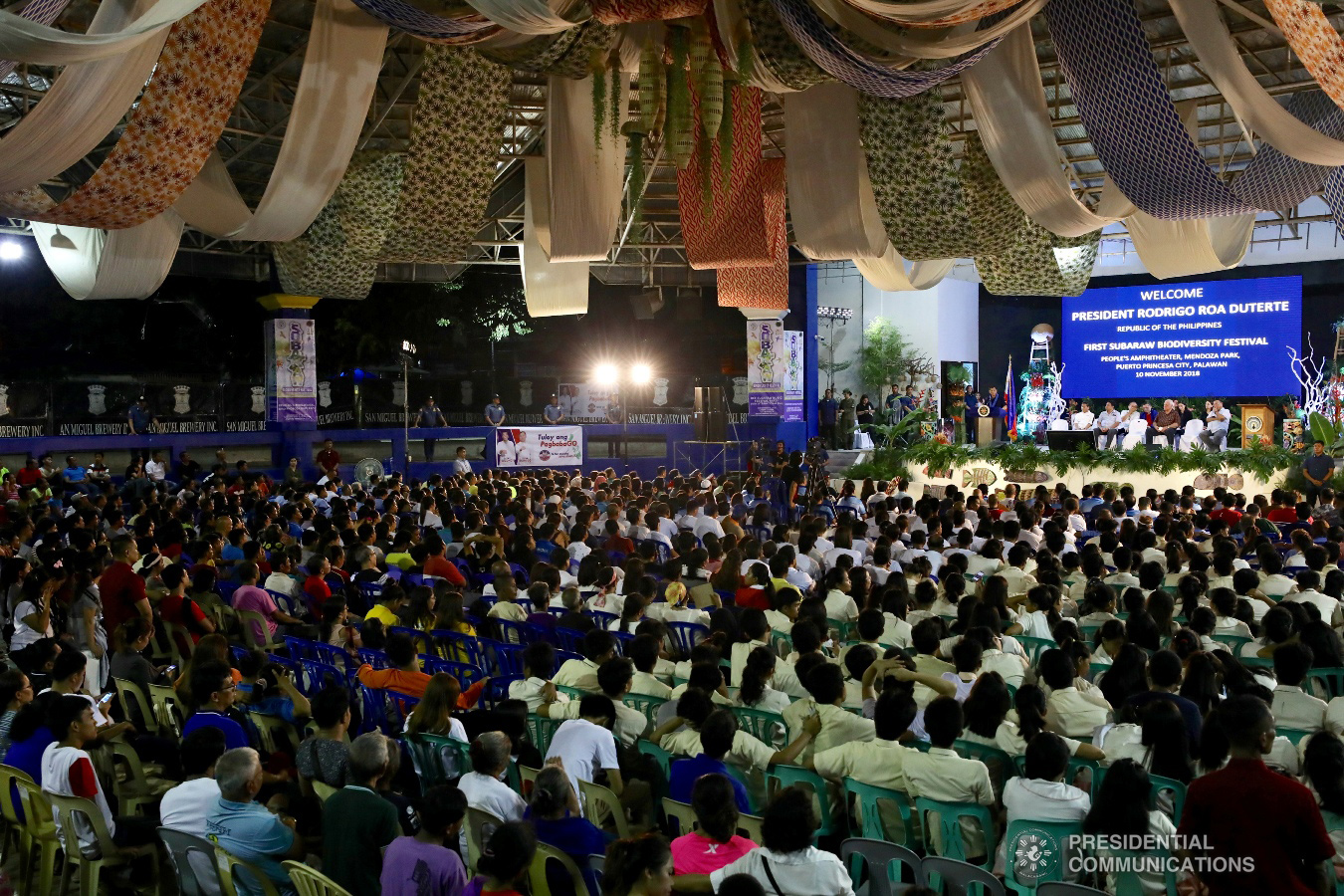 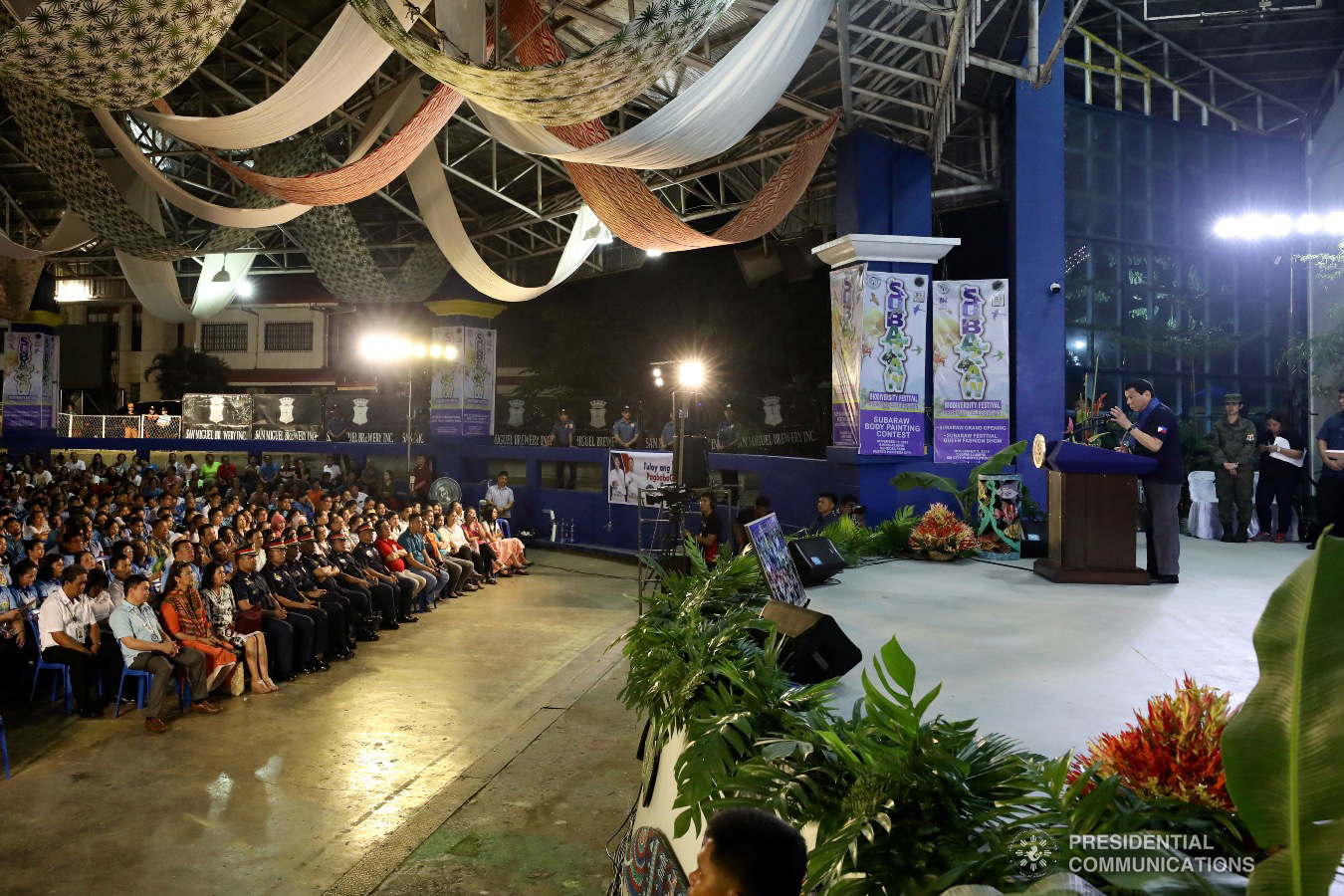 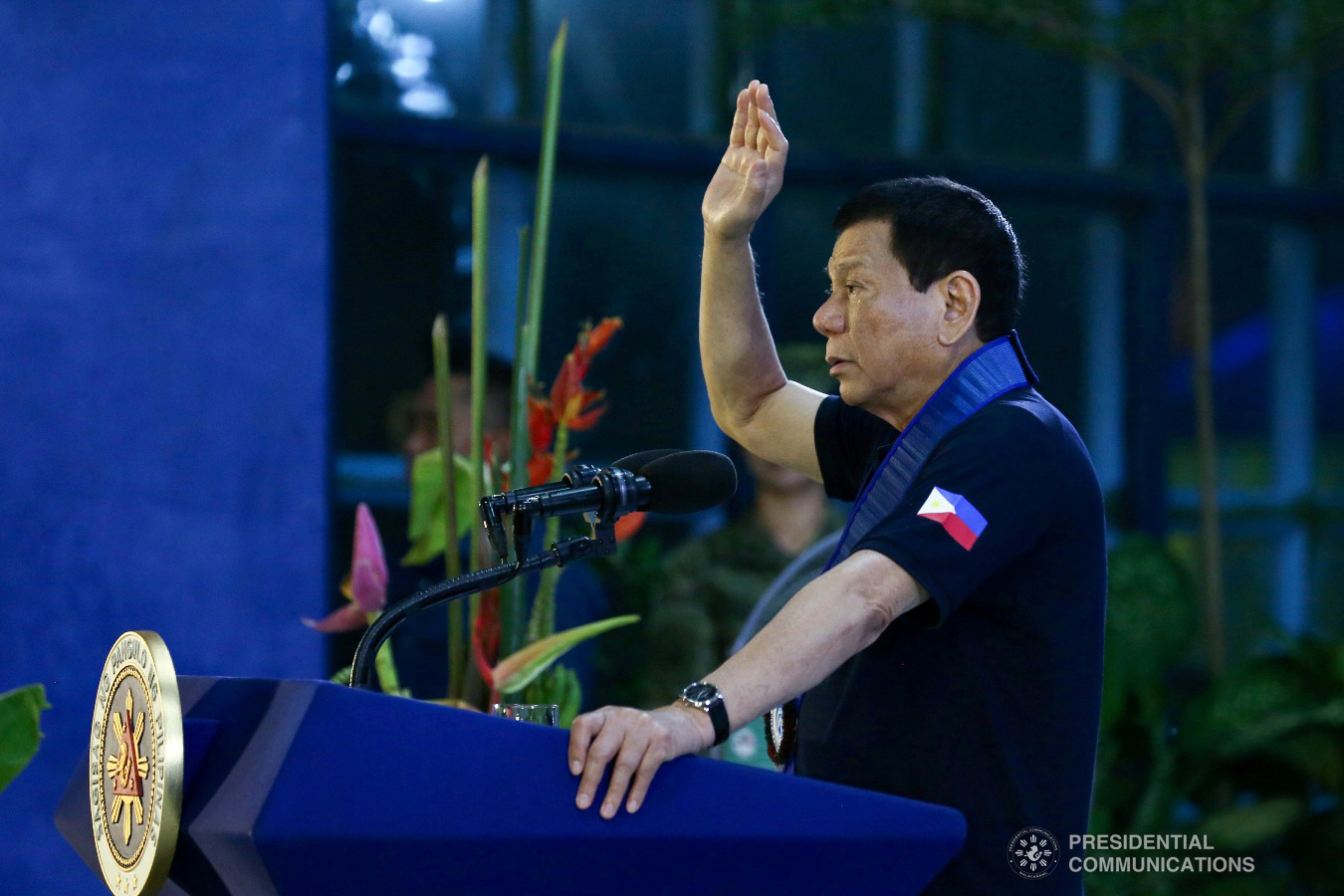 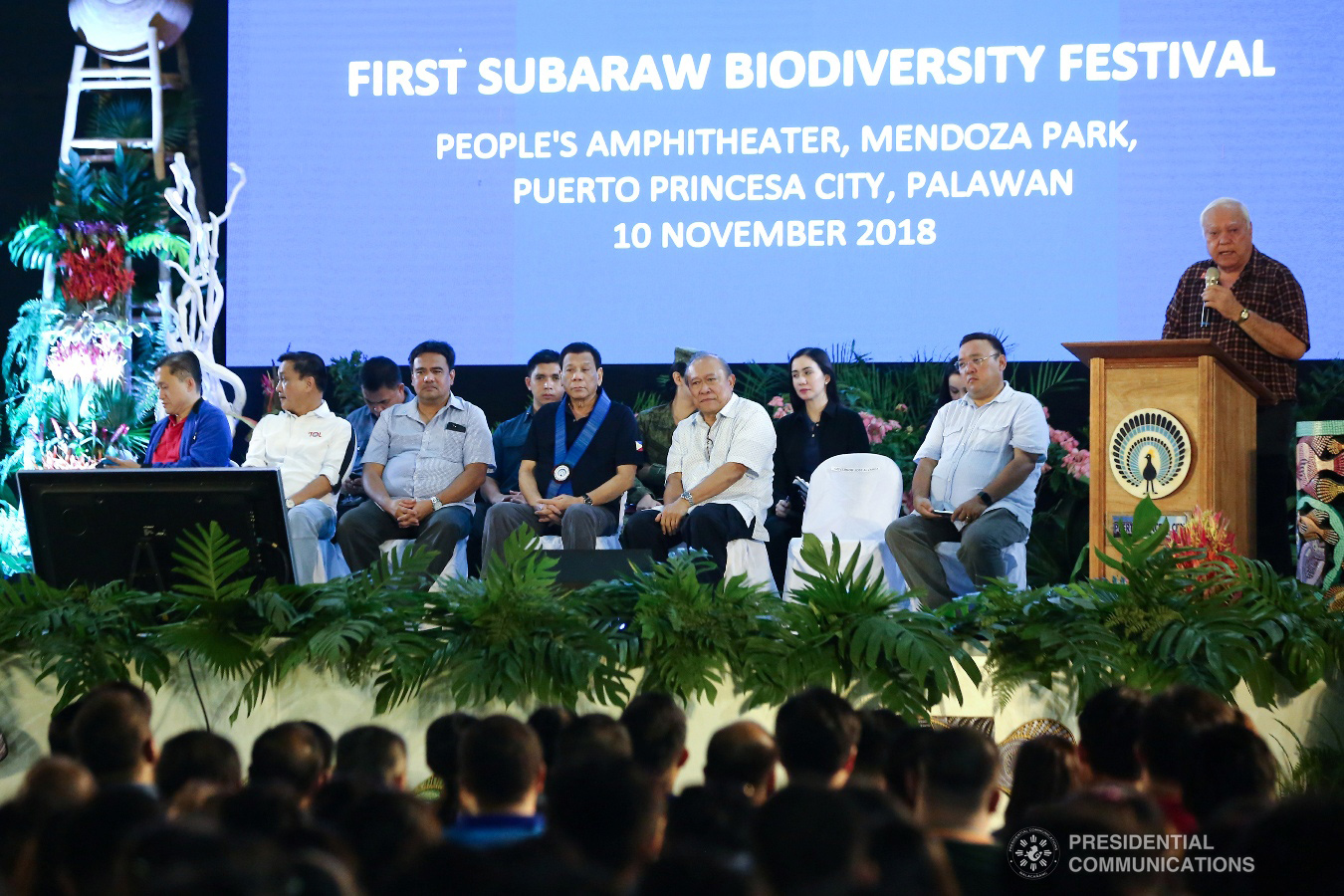 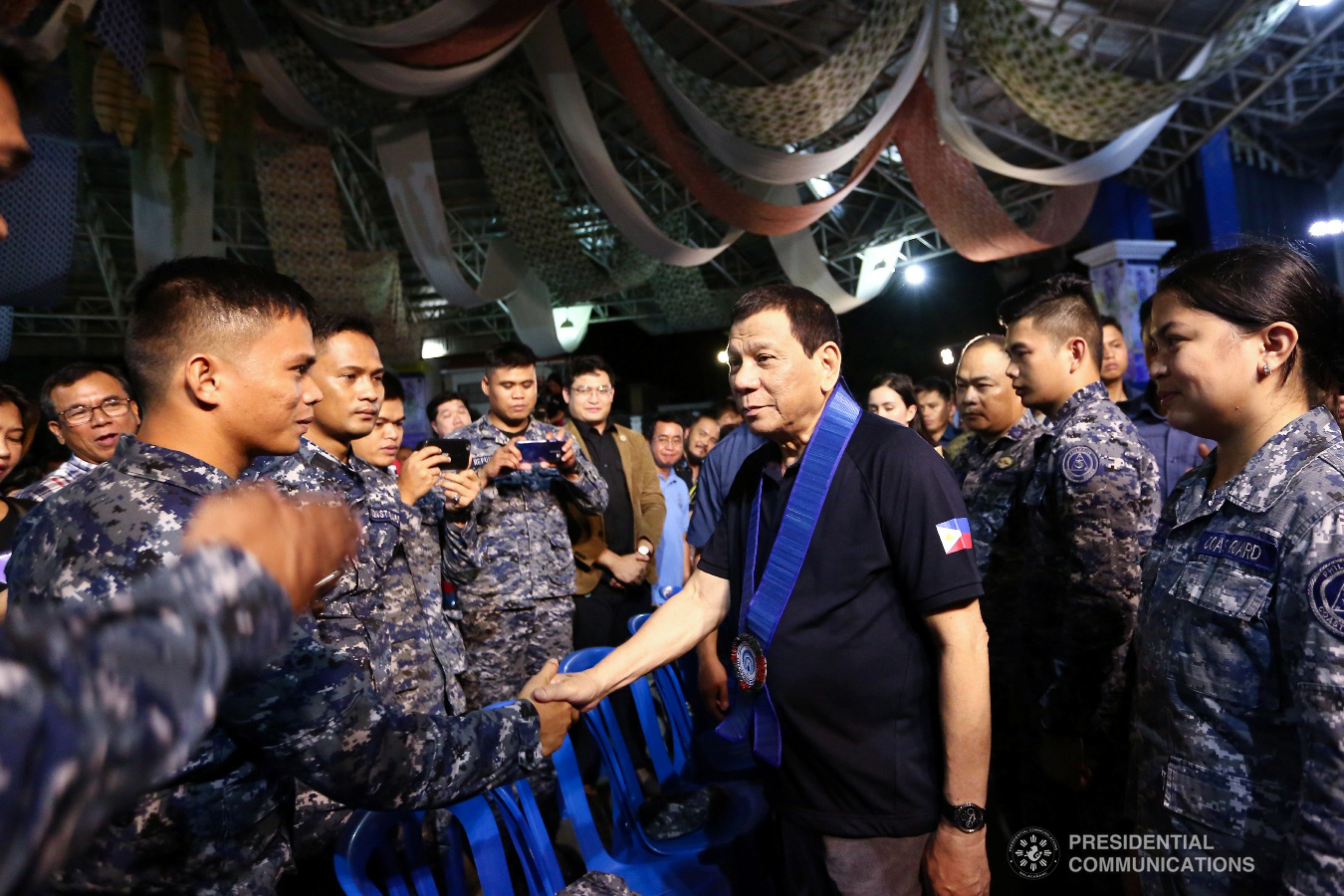 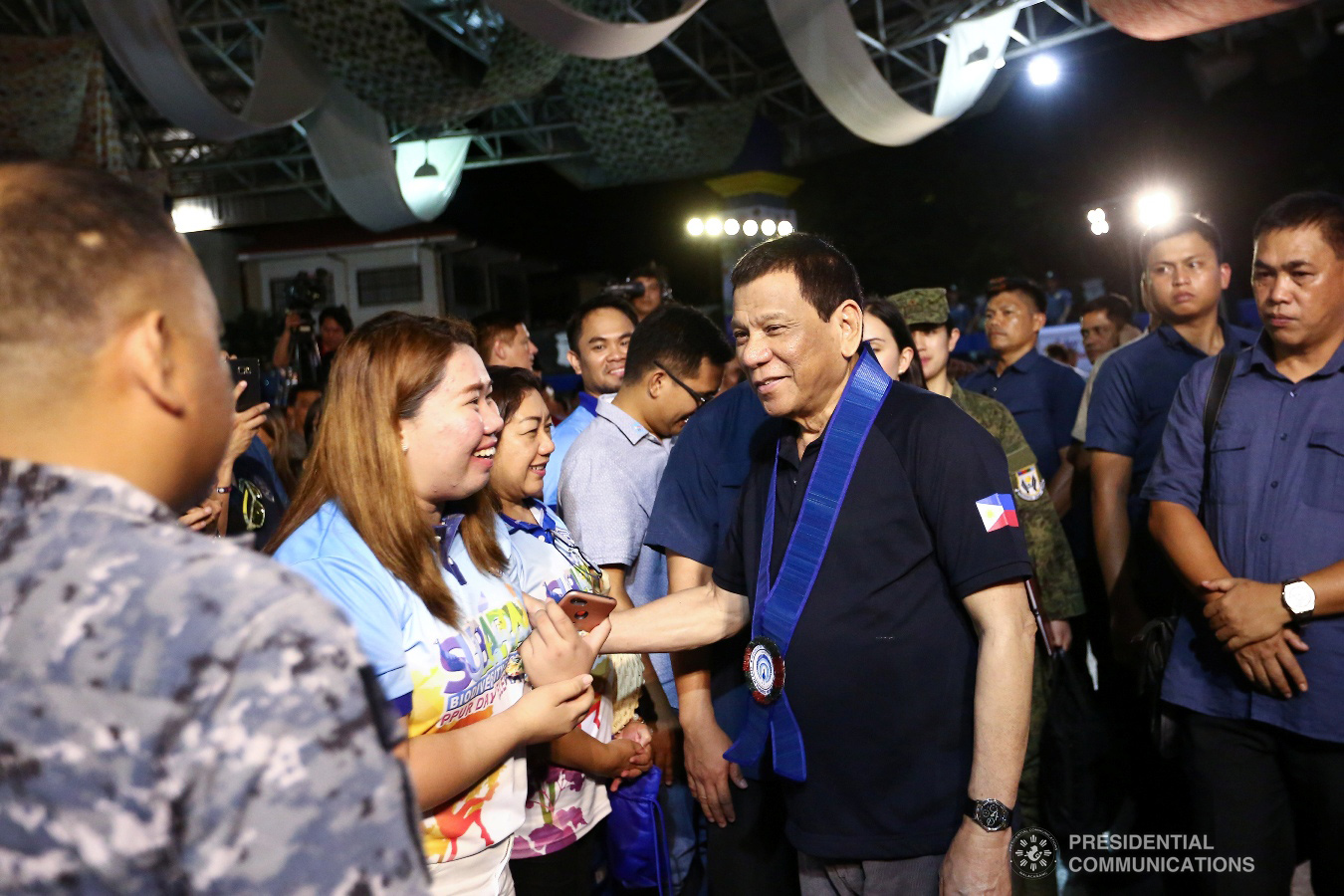 In his remarks, President Duterte wished the Subaraw greater success in the years to come.

The Chief Executive urged the local government and citizens of Puerto Princesa to work with the national government in preserving and protecting the environment.

“May this festival be an occasion to strengthen your solidarity and commitment to uphold the reputation of Palawan as the ‘Best Island in the World,’” President Duterte said.

The Subaraw Biodiversity Festival was previously known as the Puerto Princesa Underground River (PPUR) Festival since its inclusion in the New Seven Wonders of Nature in 2011.

“Another remarkable achievement [is] the development of the community-based sustainable tourism parks such as the Mangrove Paddle, the Hundred Caves, the Isla Filomena Dive and Snorkeling Site, and the Sabang Falls to provide alternative tourist destinations and lessen the impact of tourism-related activities on the underground river,” President Duterte said.

The President then reminded the people of Palawan to “protect your crown jewel,” pertaining to the province’s beautiful tourist destinations.

He then advised the local government to be more cautious in accepting a massive number of tourists to avoid similar incident that led to Boracay’s closure and rehabilitation.

“Huwag ninyong i-overload. Bantay kayo diyan. Boracay is a classic case of overloading. It can carry only so much people,” he said.

“Punuin mo ‘yan with all their waste, babagsak ‘yan. That’s why it’s controlled…lalo na if it’s…underground. You have to control the number. Pahintayin mo sila,” he continued.

President Duterte reiterated that building hotels near the beach can damage the environment, unless the hotels will have proper water treatment for their wastes.

“So I’m giving notice also to all hotels nag-operate diyan sa dagat. Huwag ninyong itapon ‘yung tubo ninyo diretso. If you want to build a hotel, add another so many millions to have a water treatment,” he added.

Apart from environmental preservation, President Duterte also expressed concern about the frequent blackout in Palawan. He then warned the local officials and its cooperative to fix the problem or the national government will handle it, noting that he would get a new electricity operator for the province.

“Ngayon, on the extreme, maybe I will just give you guys…walang personalan ‘to, trabaho lang. I’ll give you about towards the end of the year, a new set-up that would provide energy…enough energy to run a place and so that it can develop and it can operate and it can move,” he noted.

“You better come up with something or I will do something for you” he said.