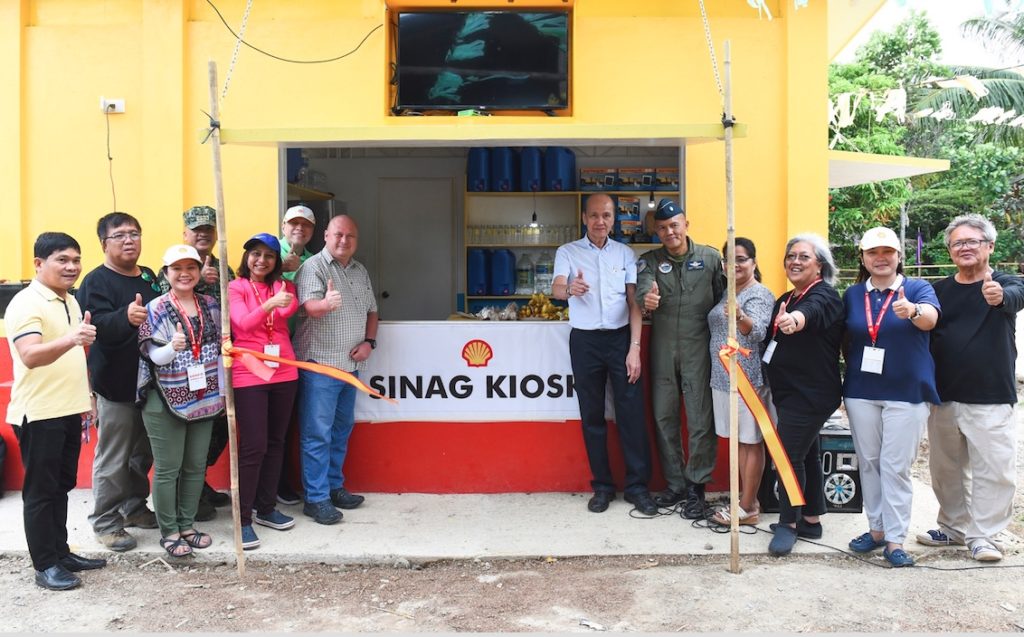 In today’s technologically-advanced world, it’s hard to believe there are still areas where people have no access to bare necessities such as electricity and water. In the Philippines alone, around 16 million Filipinos continue to live in communities that do not have these.

“It was so hard. We did not have electricity or water so we had to make do with what we had,” said Ofelia Serrano, resident and community village association secretary in Sitio Logpan, El Nido.

Until recently, Sitio Logpan was one of the several communities in Palawan where daily conveniences are severely lacking. Residents here had to rely on kerosene lamps for light, firewood for cooking, and endure a four kilometer walk to get water from an open well. However, all that changed when Pilipinas Shell Foundation Inc. (PSFI) came along. 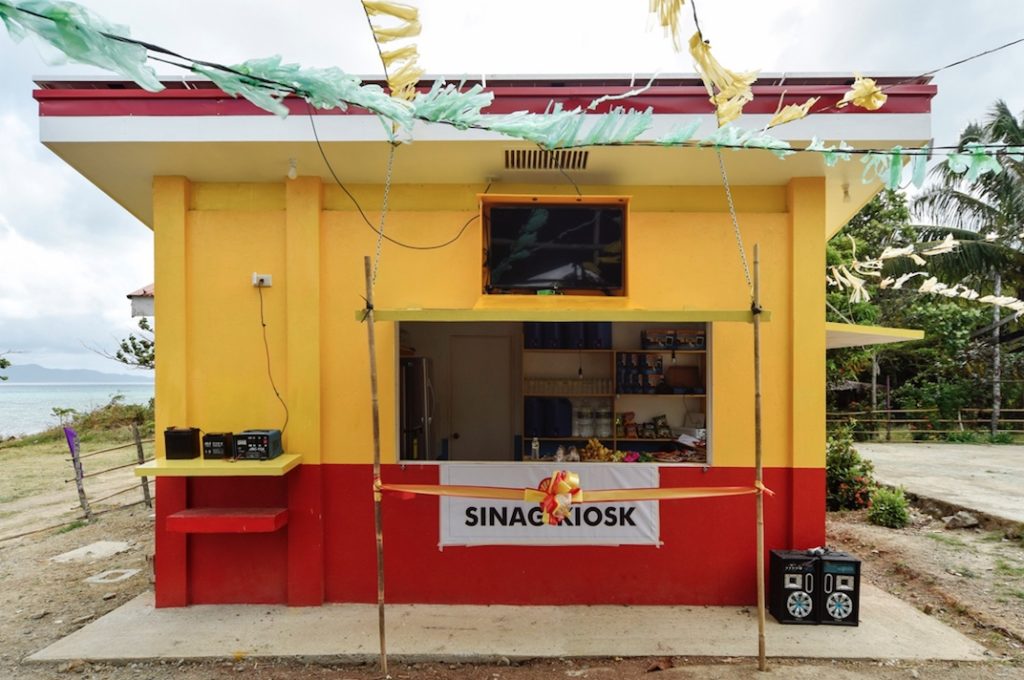 PSFI’s “Sustain, Invest, Nurture Access to Green Energy” or SINAG program has been working to provide green energy to remote areas in Palawan.

Palawan maybe the location of the Malampaya Deep Water Gas-to-Power Project that provides up to 30% of the country’s power needs, but some remote off-grid communities in Northern Palawan continued to suffer from a lack of access to energy as only 60% of households are connected to the main grid.

In July 2014, PSFI launched “Access to Energy” (A2E) — a Global Shell initiative that provides remote communities their own renewable resources of energy.

The project, then, considers areas in Palawan that are unlikely to experience power provided by government or commercial power establishments in the next five to 10 years. 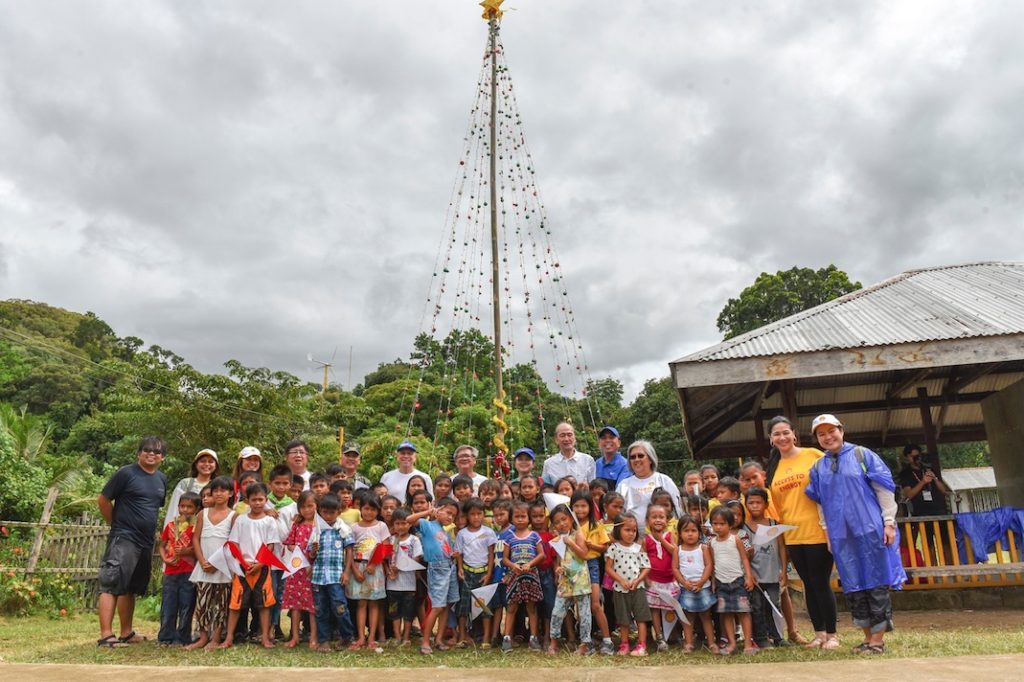 All of these communities are being powered by A2E’s microgrid, which makes use of the combination of solar, hydro, wind, and diesel generator power to provide clean energy.

Sitio Binaluan, home to 509 Tagbanuas, held a ceremony in November 16 wherein the city’s Christmas tree was lit for the very first time. The ceremony marked the first time the community will be celebrating a brighter Christmas. 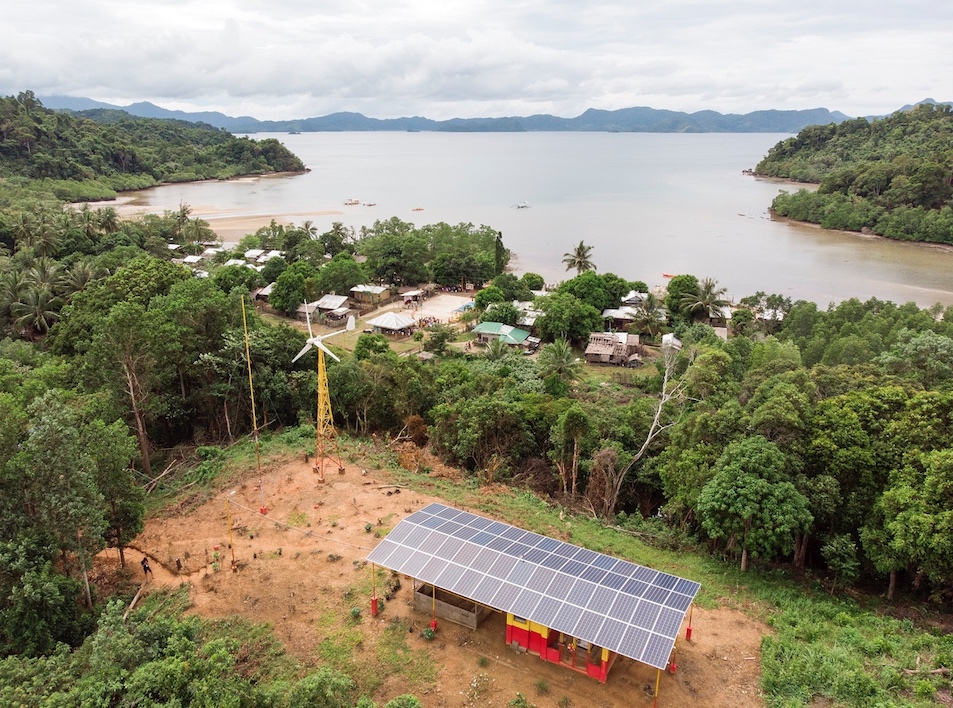 SINAG Kiosk, launched in Sitio Logpan last November 15, is the first solar kiosk in the Philippines with a water chlorination system. The kiosk and the water pumps run on solar panels, maintaining PSFI’s focus on renewables.

“The kiosk is a really huge help. Our lives really changed after having power and water,” Serrano said.

“We are now more inspired to get up everyday because we have water, we have electricity for cooking, and we have a source of livelihood thanks to the kiosk,” she added.

The SINAG kiosk is the first A2E Social Impact Fund Awardee, and is just the first of many more kiosks that the PSFI plans to provide in the future.

This, along with the other A2E projects by PSFI, not only promises brighter homes for communities, but also enriched and improved lives through access to energy

The $26.3 Trillion untapped oil deposits of the Philippines

Merry Christmusts: An overview of Christmas traditions in the Philippines