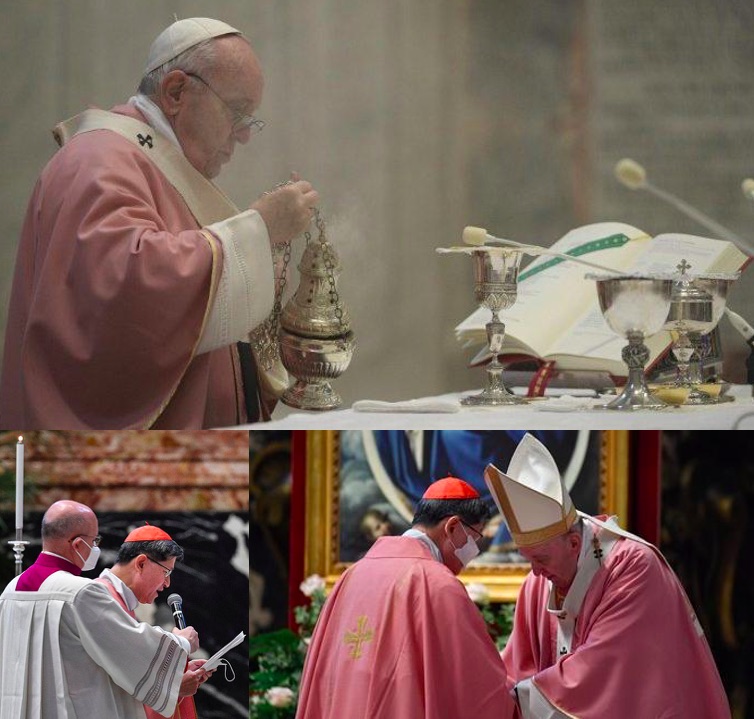 Top photo: Pope Francis during the Homily. Bottom photos: Cardinal Tagle, on behalf of the Filipino faithful, thanks the Pope for celebrating the Holy Mass on the Occasion of the 500 Year Anniversary of Christianity in the Philippines. (Vatican PE photos) 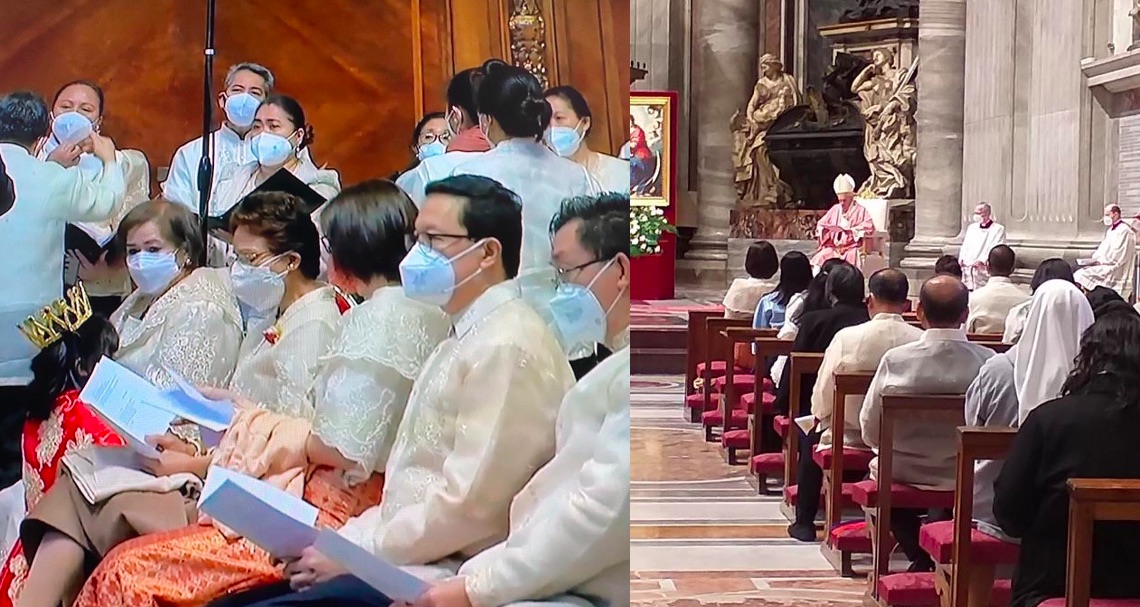 In attendance were officials from the Philippine Embassies in Vatican and in Rome. The Holy Mass was concelebrated with Cardinal Luis Antonio Tagle. (Vatican PE photos) 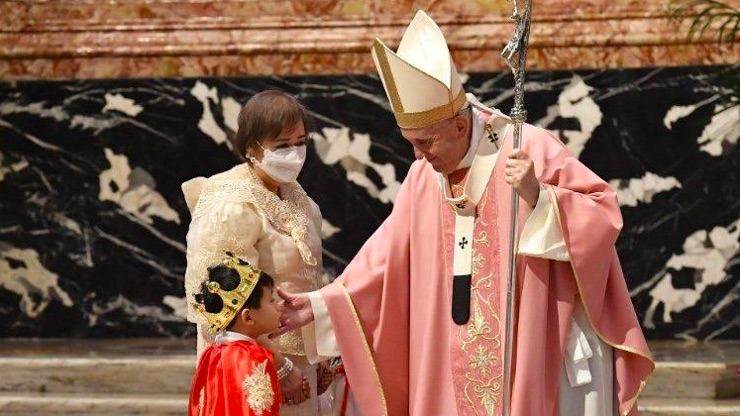 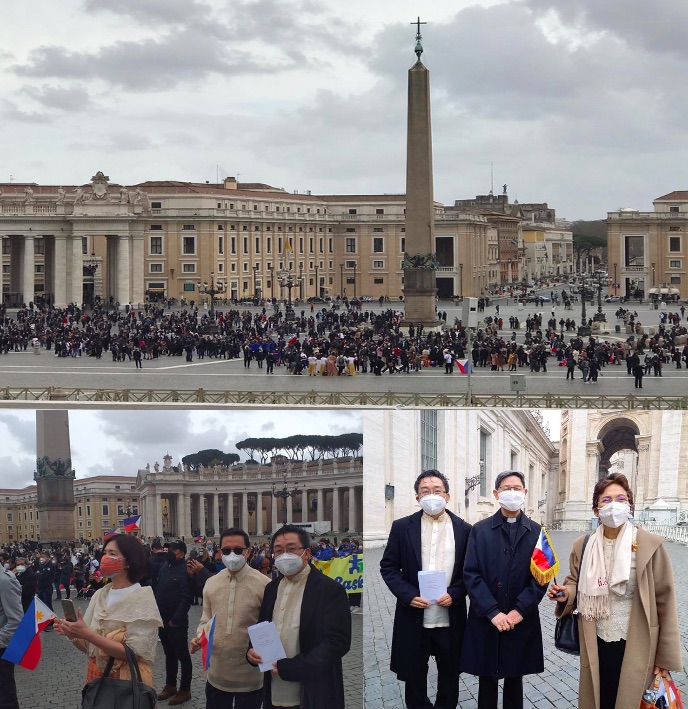 Pope Francis celebrated the 500 Years Anniversary Mass for Christianity in the Philippines before a limited audience of around 100 worshippers inside St. Peter’s Basilica on 14 March 2021. Officials from the Philippine Embassies in Vatican and Rome attended the Holy Mass that was concelebrated with Cardinal Luis Antonio Tagle.

During the Homily, the Pope said Filipinos received the joy of the Gospel half a millennium ago, “and this joy is evident in your people.” “We see it in your eyes, on your faces, in your songs and in your prayers”, the Pope said. “I want to thank you for the joy you bring to the whole world and to our Christian communities,” he added. Recognizing the witness of faith Filipinos offer through their “discreet and hardworking presence”, Pope Francis also urged them to “persevere in the work of evangelization.” The Pope said the Gospel message of God’s closeness must be constantly proclaimed to others, so that none might perish. The Pope urged Filipino Catholics to walk courageously along the path of missionary discipleship. “Never be afraid to proclaim the Gospel, to serve and to love”, he said. “With your joy, you will help people to say of the Church too: ‘she so loved the world!’”

Cardinal Tagle, on behalf of the Filipino faithful, thanked the Pope for celebrating the Holy Mass on the Occasion of the 500 Year Anniversary of Christianity in the Philippines.

Afterwards, Pope Francis greeted the Filipinos in St. Peter’s Square during the Angelus, saying: “I warmly greet you all, dear faithful of Rome and dear pilgrims. And in particular, I greet the many Filipinos, who are celebrating five hundred years since the evangelization of the Philippines. Best wishes to you! And onwards, with the joy of the Gospel!”

P13.19 Billion investments okayed by the PEZA Board in March 2021

Gold of Our Ancestors

Pigafetta Monument Readied for the Quincentennial