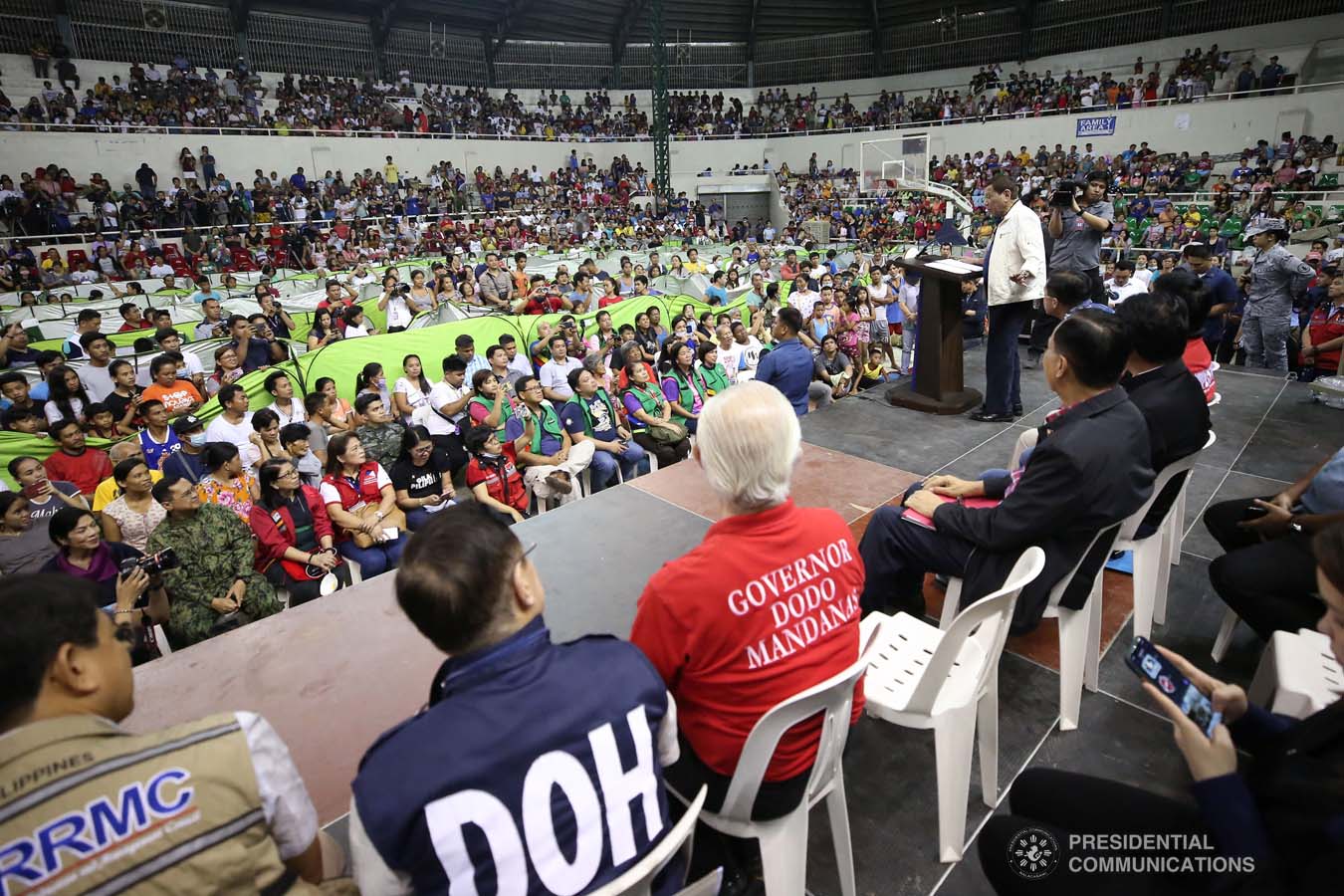 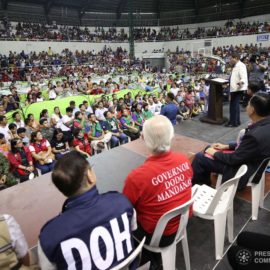 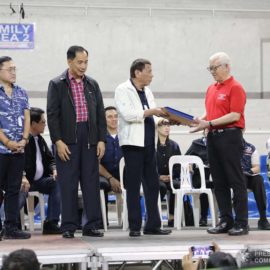 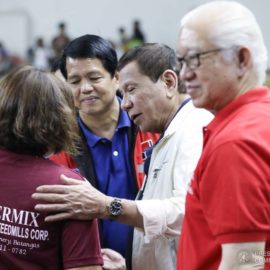 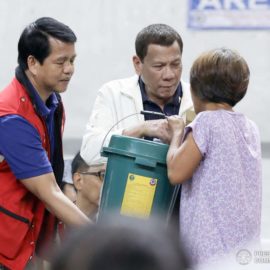 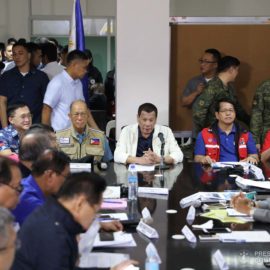 President Rodrigo Roa Duterte delivers a speech during his visit to the families affected by the Taal Volcano eruption at the Batangas City Sports Coliseum on January 14, 2020. ACE MORANDANTE/PRESIDENTIAL PHOTO 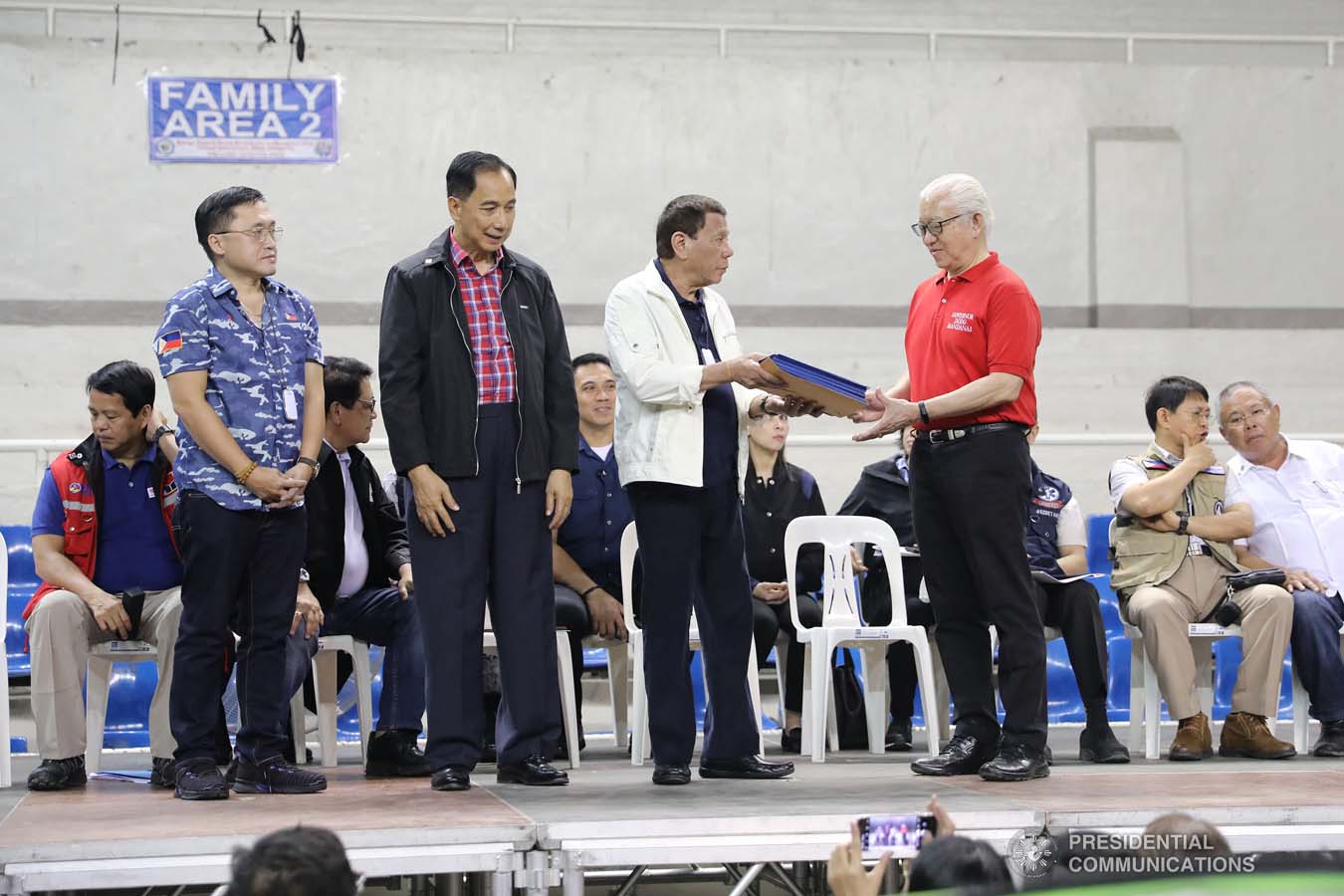 President Rodrigo Roa Duterte hands over the livelihood assistance for the farmers and fisherfolks affected by the Taal Volcano eruption to Batangas Governor Hermilando Mandanas during his visit at the Batangas City Sports Coliseum on January 14, 2020. VALERIE ESCALERA/PRESIDENTIAL PHOTO 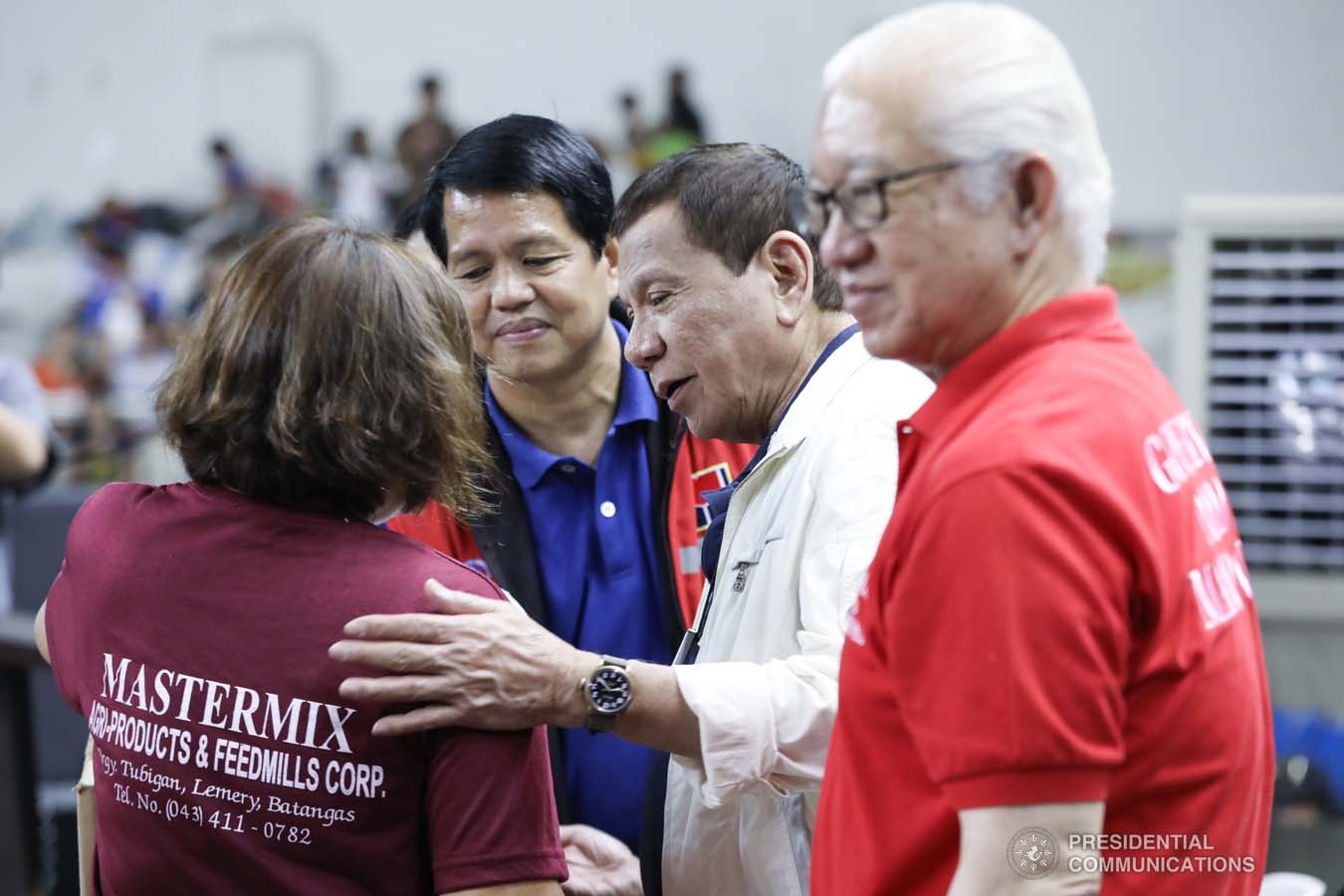 President Rodrigo Roa Duterte comforts one of the victims affected by the Taal Volcano eruption during his visit at the Batangas City Sports Coliseum on January 14, 2020. ACE MORANDANTE/PRESIDENTIAL PHOTO 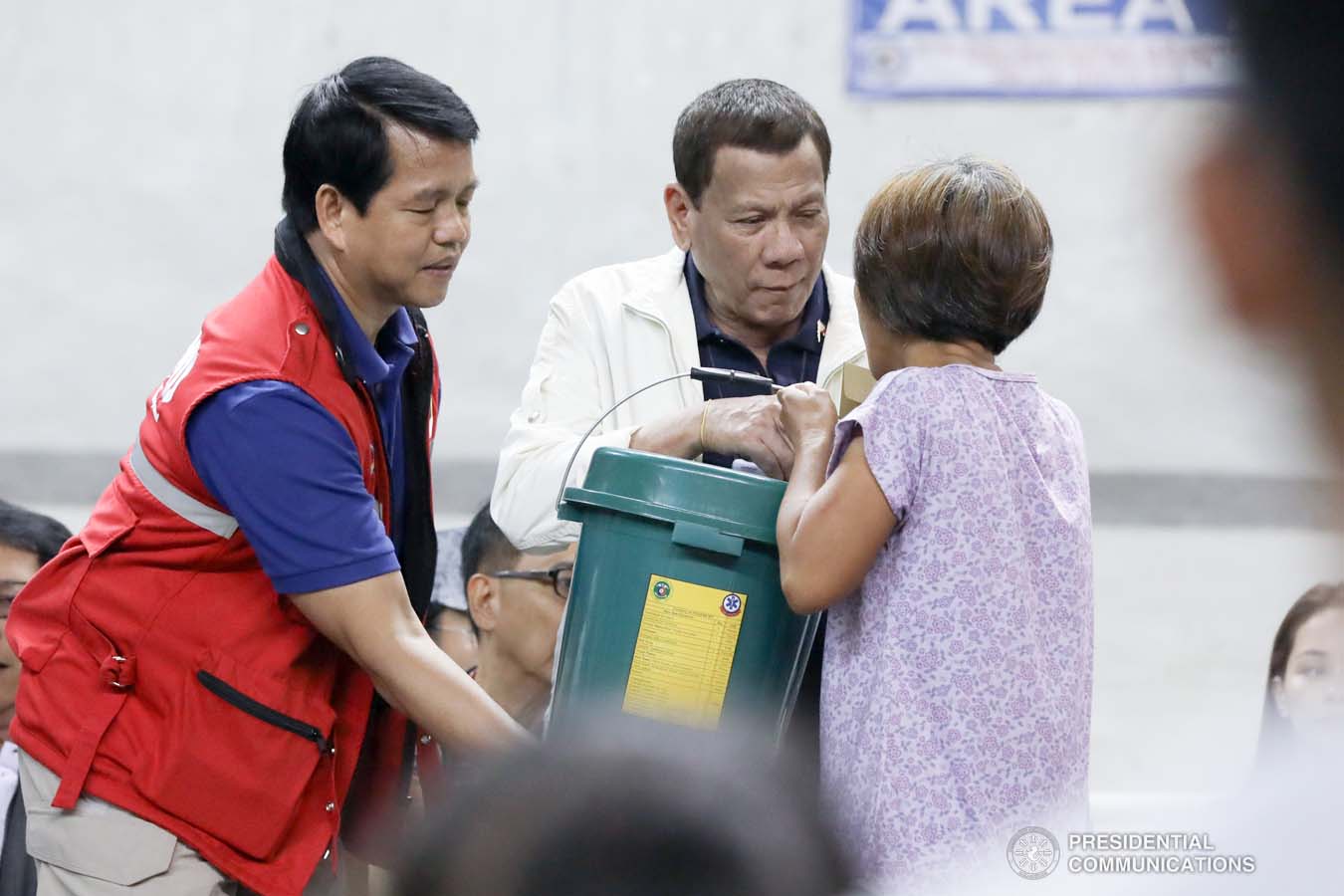 President Rodrigo Roa Duterte leads the distribution of family food packs to the victims affected by the Taal Volcano eruption during his visit at the Batangas City Sports Coliseum on January 14, 2020. TOTO LOZANO/PRESIDENTIAL PHOTO 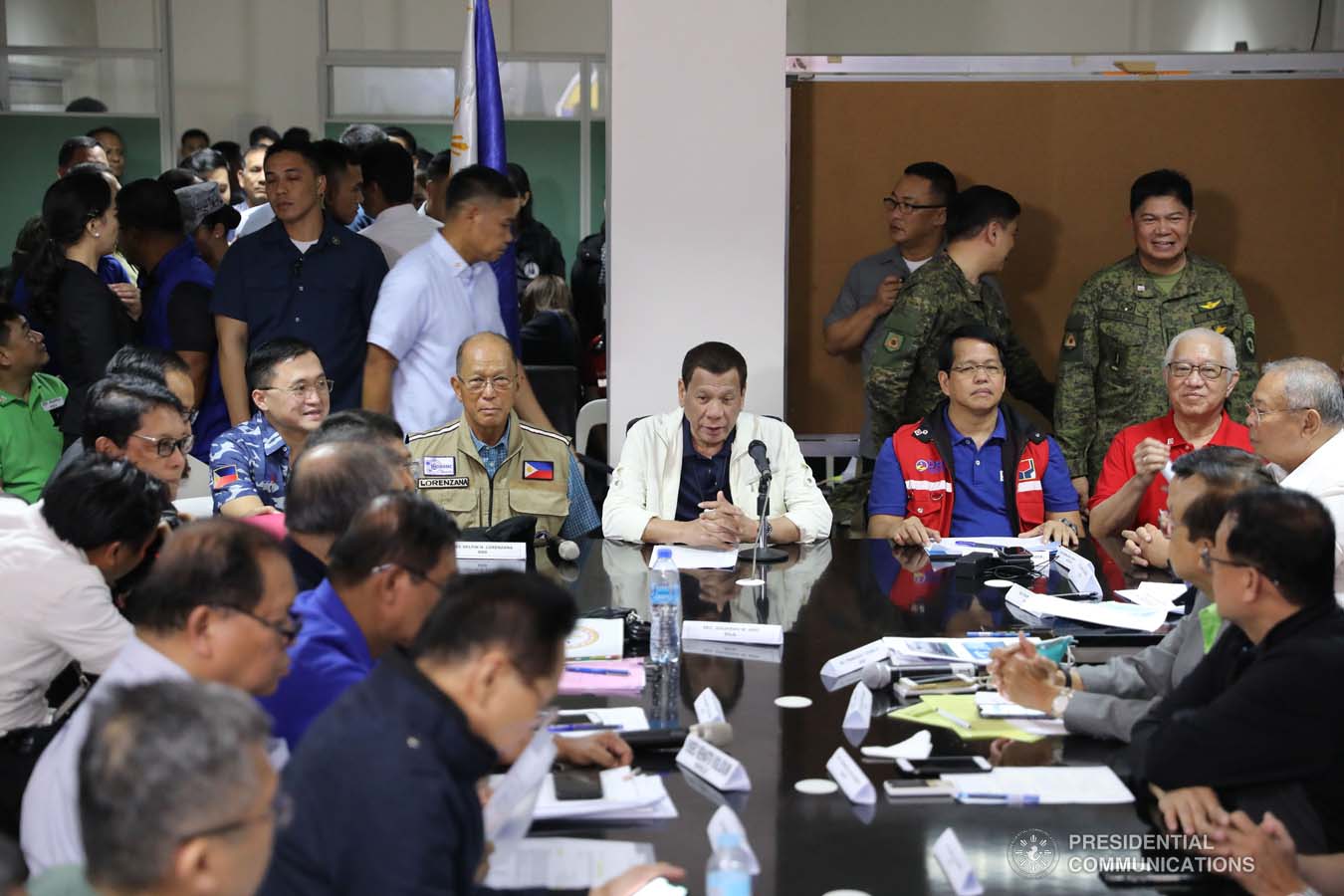 President Rodrigo Roa Duterte presides over a situation briefing on the effects of the Taal Volcano eruption at the Batangas Provincial Sports Complex on January 14, 2020. VALERIE ESCALERA/PRESIDENTIAL PHOTO

During the event held at the Batangas Provincial Sports Complex, President Duterte handed over P7.5-million livelihood assistance to Batangas farmers whose crops were damaged by the volcano’s eruption and another P3.5-million assistance was released to the fisherfolk in the province.

He also turned over a check through a Batangas rural bank to aid farmers in their recovery from the disaster. All the assistance extended by the President came from the Department of Agriculture’s budget.

Aside from handing over cash assistance, the President also led the ceremonial distribution of family food packs to five families affected by the Taal Volcano eruption.

After Taal Volcano’s eruption on Sunday, major government agencies such as the National Disaster Risk Reduction and Management Council (NDRRMC), Department of Public Works and Highways (DPWH) and DSWD rushed to affected areas to provide support, the President said.

The Chief Executive assured that the government has the resources to help those in need until they get back on their feet.

Prior to extending assistance to affected residents, the President attended a situation briefing on the disaster with different government agencies.