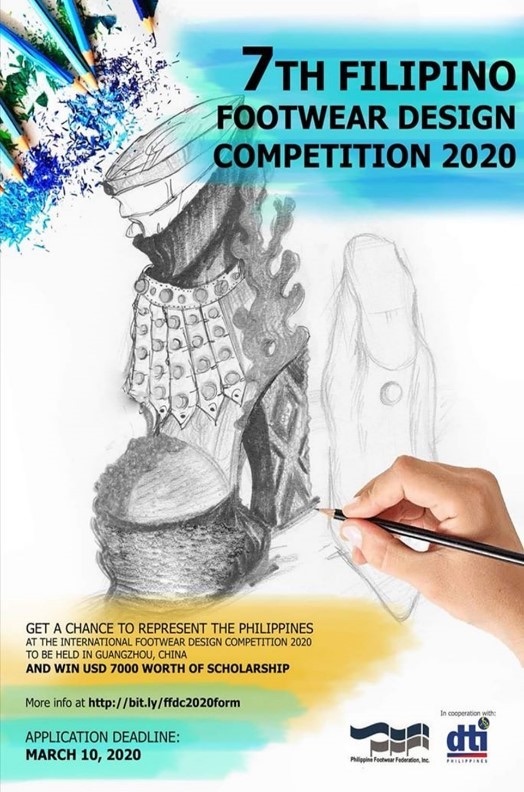 For another year in a row, the Department of Trade and Industry (DTI), in partnership with the Philippine Footwear Federation Inc. (PFFI), will once again hold the Filipino Footwear Design Competition. This is the second involvement of the office in the event since it started participating more than a year ago. Already in its 7th year, the local competition is in preparation for the larger and more prestigious International Design Competition (IFDC) which is slated to be held in China later this year.

According to the organizers, the competition is primarily aimed at encouraging more Filipino talents to pursue footwear design as a profession or business and to showcase to the world the resourcefulness and creativity of Filipino talents. They added that it is also meant to be an avenue for footwear manufacturers to develop unique and intricate designs while fostering collaborations within the industry.

PFFI, the main organization behind the event, is the largest Filipino organization devoted to the promotion of Philippine footwear. The group is headquartered in the city of Marikina which is known as the Footwear Capital of the Philippines.

During its heydays, the City of Marikina is the center of all footwear manufacturing activities in the country. This all, sadly, came to an abrupt end when the country slowly opened up to the rest of the world and was flooded by cheaper alternatives from other countries such as China. Today, the industry still exists albeit just a shadow of its former self.

Through footwear design competition, the organizers hope to jumpstart the interest of the younger generation of Filipinos to the industry. At the same time, they also aim to attract the attention of international footwear organizations and manufacturers to the country and what it can offer. 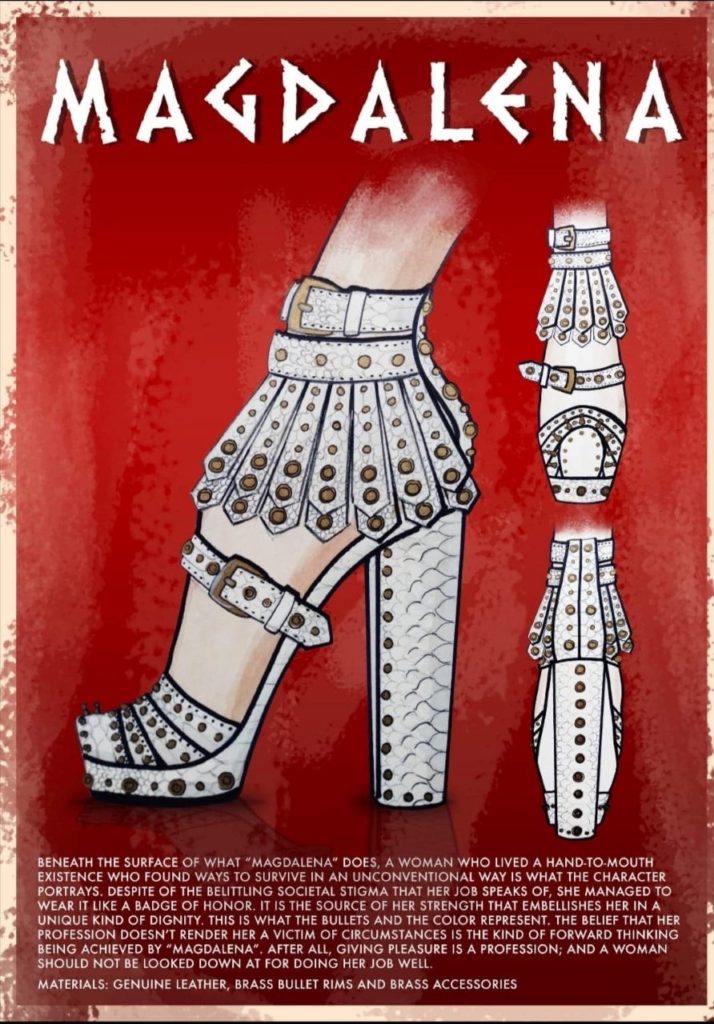 It can be remembered that this objective got a boost during last year’s IFDC in Guangzhou, China when the Philippines’ Jerome Sta. Maria landed the coveted 1st place in the lady’s trendy category with his “Magdalena”.

The competition is open to everyone interested. They will undergo a vetting process and those shortlisted will be given an opportunity to prototype their design ideas. Afterward, they will face a panel of judges who will choose the winners for each design category.

Similar to its international counterpart, the local design competition has six categories: Men’s Shoes, Lady’s Trendy, Lady’s Leisure, Lady’s Boot, Children Shoes, and Sports Shoes. Participants can submit entries for any or all of these categories. The winners in each of these categories have a chance to represent the Philippines in the IFDC 2020 with all expanse paid for by the organizers.

In the IFDC, participants have a chance to win the gold, silver, and bronze scholarship prizes which is respectively worth 7,000 USD, 5,000 USD, and 3,000 USD. This scholarship will be used as a course fee related to shoe manufacturing or design. They, however, have the option to convert the scholarship to cash in which case they will get the prize equivalent in half.

Interested participants may visit the DTI-NCRO and Philippine Footwear Federation Inc. Facebook pages to know more about the competition or through the link http://bit.ly/ffdc2020form. The competition is open until 10 March 2020.

—
Stay updated with news and information from the Department of Trade and Industry by visiting their website at https://www.dti.gov.ph.

Department of Trade and Industry to Champion Loom Weaving Industry

DOST, DICT, DTI to seal collaboration in support of innovative startups in the Philippines

Women entrepreneurs highlighted for importance to economic recovery in the Philippines