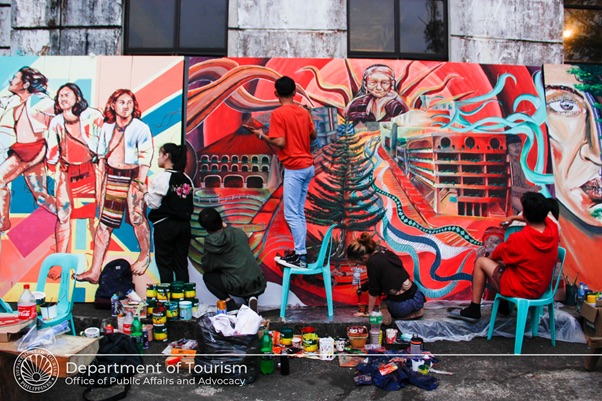 Heritage Hill, Baguio City — Massive murals and a colorful assortment of artwork amazed hundreds of people who trekked to this iconic hilltop destination, the center of the ongoing 2019 iBagiw Festival, as the country’s Summer Capital celebrates the second anniversary of its recognition as a member of the UNESCO Creative Cities Network. 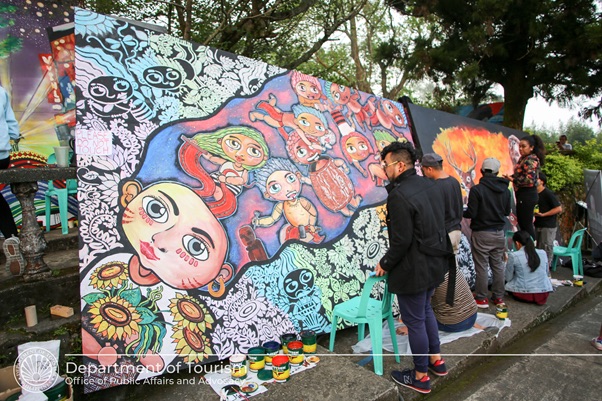 “iBagiw,” which literally means “someone from Baguio” or “something made in Baguio” showcases over 500 creations of local artists and artisans housed in the ruins of the Diplomat Hotel, the circa 1913 Dominican retreat house in the newly-inaugurated Heritage Hill Nature Park with an overview of the City some 5000 ft. above sea level.

Envisioned to establish the City as a major creative arts hub in the Southeast Asian region, Ibagiw was jointly organized by the Baguio City local government, the Department of Tourism-Cordillera Administrative Region Office (DOT-CAR), Tourism Promotions Board (TPB), and the Baguio Arts and Creative Council.

“Baguio City is dramatically living up to its title as the Philippines’ first UNESCO Creative City as collective creativity literally soared to greater heights, turning the Dominican Heritage Hill Nature Park into a meaningful venue of this year’s celebration of the second anniversary of the prestigious recognition,” said OIC Director Jovita Ganongan, of the DOT-CAR. 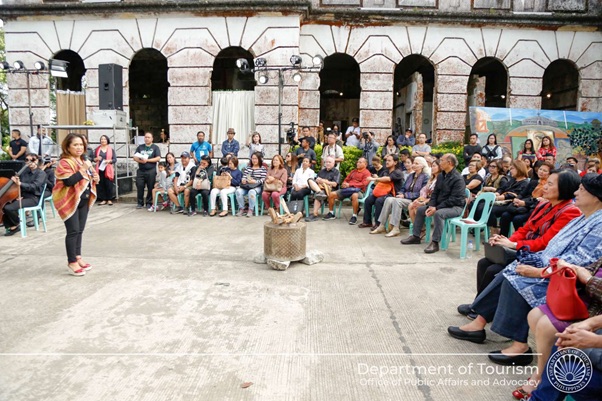 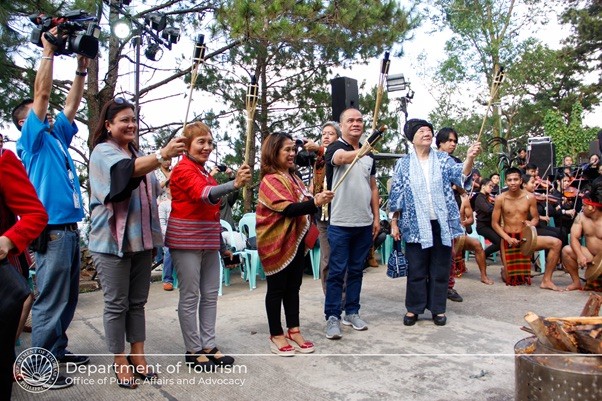 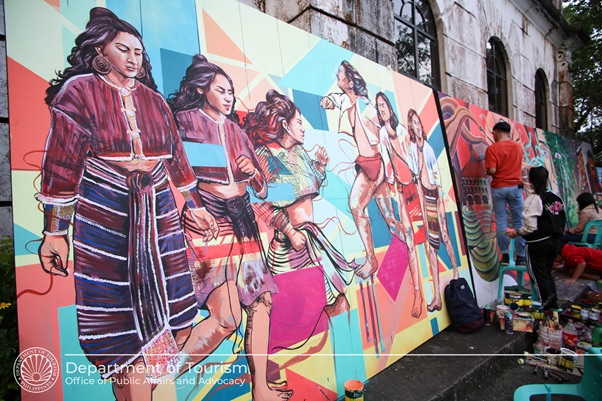 Tourists are also fascinated by the sight of massive murals mounted along Military Cut-off Road and Upper Session Road presented by at least 12 artist groups, including university fine arts students.

The murals depict, among others, scenes of the indigenous culture of the Igorot, rice terraces, weaving and craftmanship.

The artworks, including those of guest artists from Angono, Rizal will be on display and there will also be cultural dance and musical performances till Sunday, November 24.

Baguio City is the first in the country included in the coveted UNESCO recognition for its multicultural diversity with Cebu City making the list this year.

In selecting Baguio City among its Creative Cities in 2017, UNESCO stated, “Baguio City’s artistic culture ranges from crafts and folk art expressions to woodcarving, silver craft, weaving and tattooing. Today, 56 local institutions are directly devoted to the sector, totaling a gross receipt of US$1,113,258 million. Although crafts and folk art represent an essential cornerstone of the city’s local trade and creative tourism economy, Baguio City works towards developing the sector’s sustainability through intergenerational transfer of knowledge and skills.” 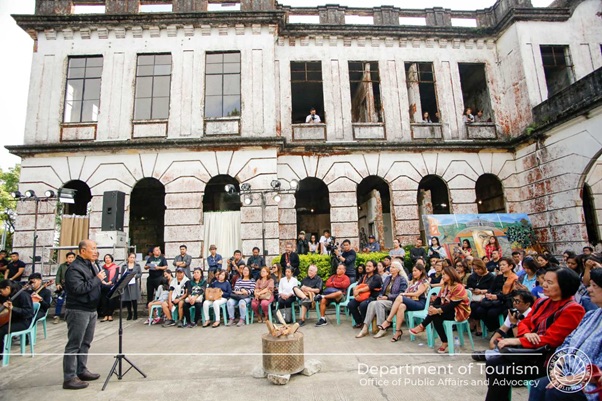 “iBagiw Festival is borne of the artful creativeness and prideful sense of community here in Baguio City in which the sprawling heritage site is put to a most ideal use and the nobler purpose of supporting the arts, as well as boosting local tourism,” said Director Ganongan.

She further disclosed there have been steady increases in domestic and international tourist arrivals over the years in Baguio City, contributing at least 80. 55 percent of the CAR’s total arrivals in 2018, of which 1,724, 469 are domestic and 35,234 are international visitors. 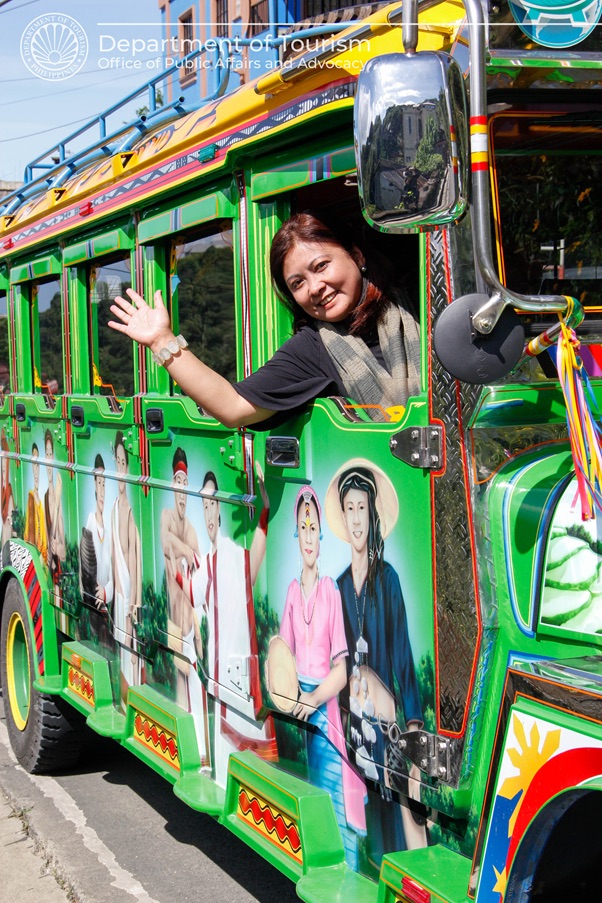 “Our people’s friendliness and warm hospitality like no other defy the cold weather that earned the City its moniker the Summer Capital of the Philippines. It is that which makes Baguio City unique and special in addition to its popular attractions and the annual Panagbenga festival,” Director Ganongan said.

Panagbenga is a month-long flower festival held in February, begun as a tribute to the city’s flowers and as a way to rise up from the devastation of the 1990 Luzon earthquake.

“We can’t wait to establish Baguio City as the Arts Capital in Southeast Asia and we will welcome artists from other countries to participate in iBagiw as guest participants next year,” Mayor Magalong said. 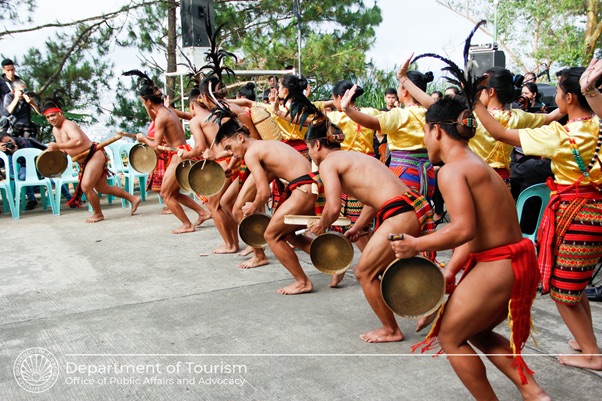 The storied Diplomat Hotel built in 1913-1915 as the Dominican Hill Retreat and Vacation House is now the centerpiece of the Dominican Heritage Hill and Nature Park, originally a 17-hectare property turned over to the local government of the City of Baguio.

Gearing up for Green Businesses