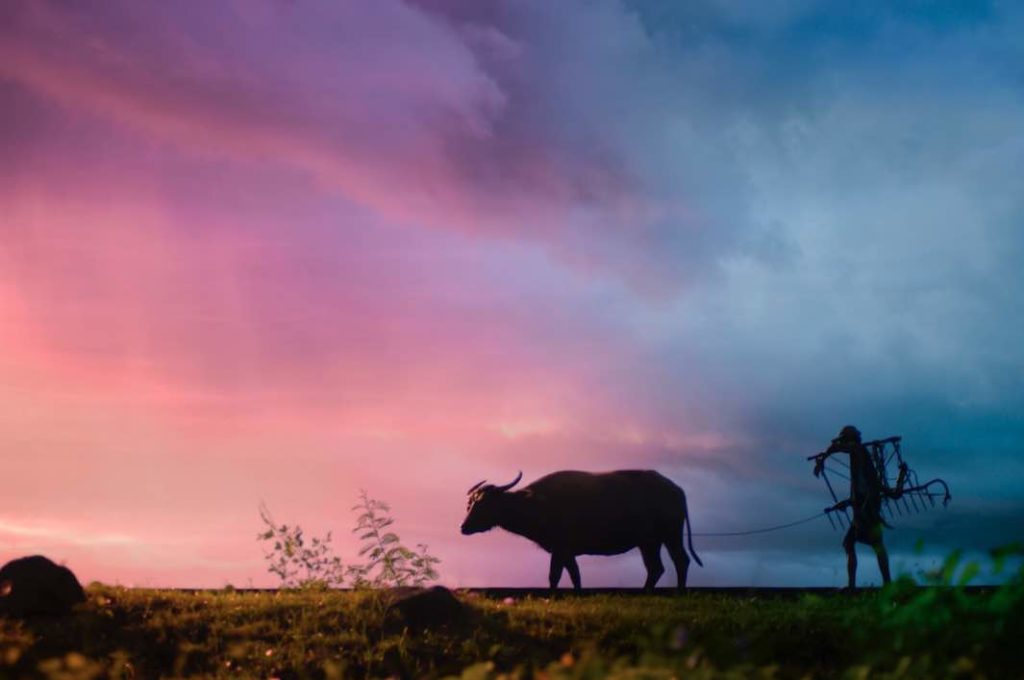 Growing up in the province in, I’ve had my fair share of seeing carabaos plowing in the fields or wallowing in the mud as if enjoying the limited time off from their strenuous work in the fields. Much later in life, I learned that this animal holds a high status in our country being the Philippines’ National Animal. Carabaos are deeply embedded in our history and culture, and plays an important role in strengthening the Philippine agriculture sector, thus contributing to the economy. 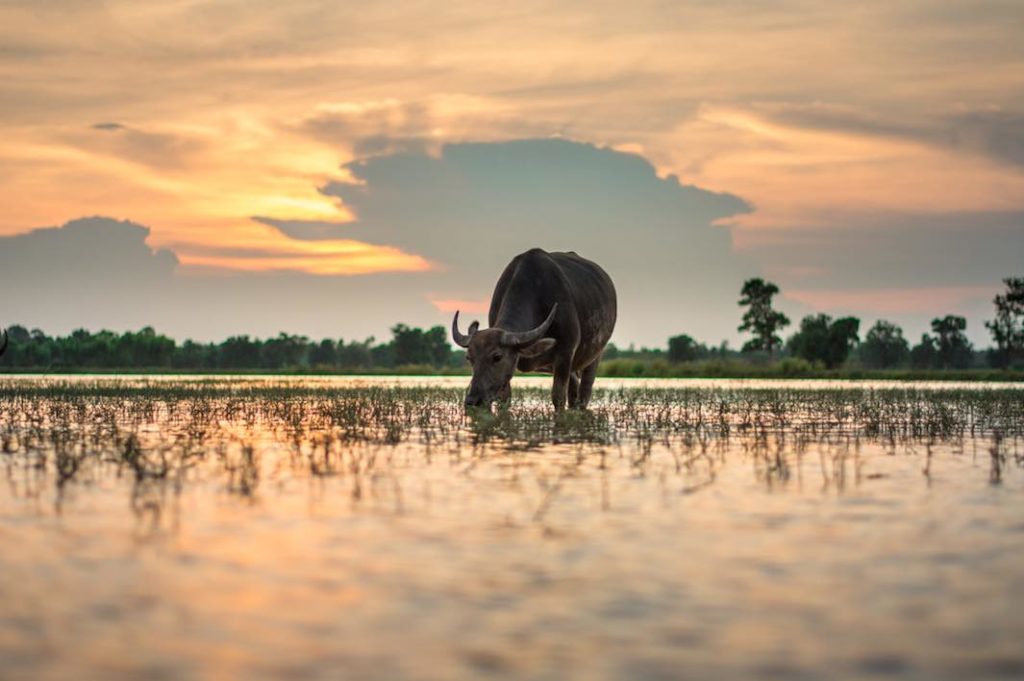 A reliable partner in the fields
The carabao has been a faithful companion to Filipinos. History shows us that these animals have taken an important role in shaping the country’s history. The Filipinos worked on the fields for agricultural produce such as rice, sugar and cash crops for export during the Spanish colonial period.

To get the job done, the farmers would have to rely on their hardworking and patient carabao. The good amount of profit they earned eventually gave way to well-off and educated Filipinos. This caused the envy of the friars who accused carabaos as bestias cargadas de oro (beasts laden with gold).

Until today, most farmers still consider carabaos as the most reliable ally in doingthe heavy works in the field. No wonder carabaos are dubbed as the “beast of burden”.

An article written by Anselmo S. Roque for the Philippine Carabao Center (PCC) in 2015, reveals that the strength of the carabao in the helping farmers contributes to USD1.48 million to the Philippine economy. Aside from work in the field, carabaos are also reliable partners in pulling lumber, and other heavy materials on kariton (carts) and kareta (sleds). 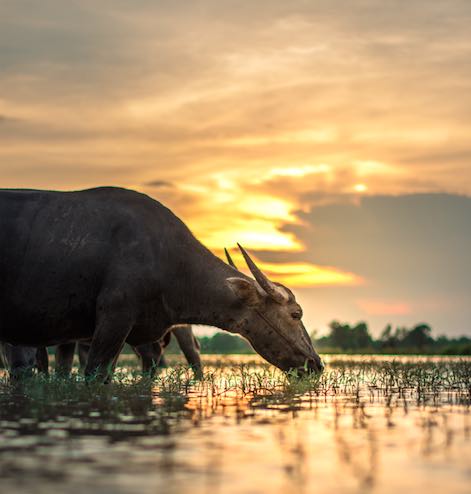 CARABAOS IN OUR VERNACULAR

Carabao English. Filipinos use English as a major form of instruction. It is widely used in our country , from government and business transactions to medium of instruction in pre-schools to post-graduate level. Quite the contrary, there are still Filipinos who are not proficient in the English language, mainly because this is only their second language. For the sake of entertainment, we have evolved how we use English language in popular culture. We make fun of how someone, especially comedians, would translate a Filipino sentence or phrase into English directly. This is what we call “Carabao English”.

Kayod-kalabaw
This phrase is used to describe someone who is hardworking, much like the carabao itself. For most Filipinos, the carabao is the perfect symbol of hard work.

Balat-kalabaw
Attributed to the animal’s thick and sturdy exterior, this phrase is used to describe someone who is thick-skinned, shameless, or insensitive. 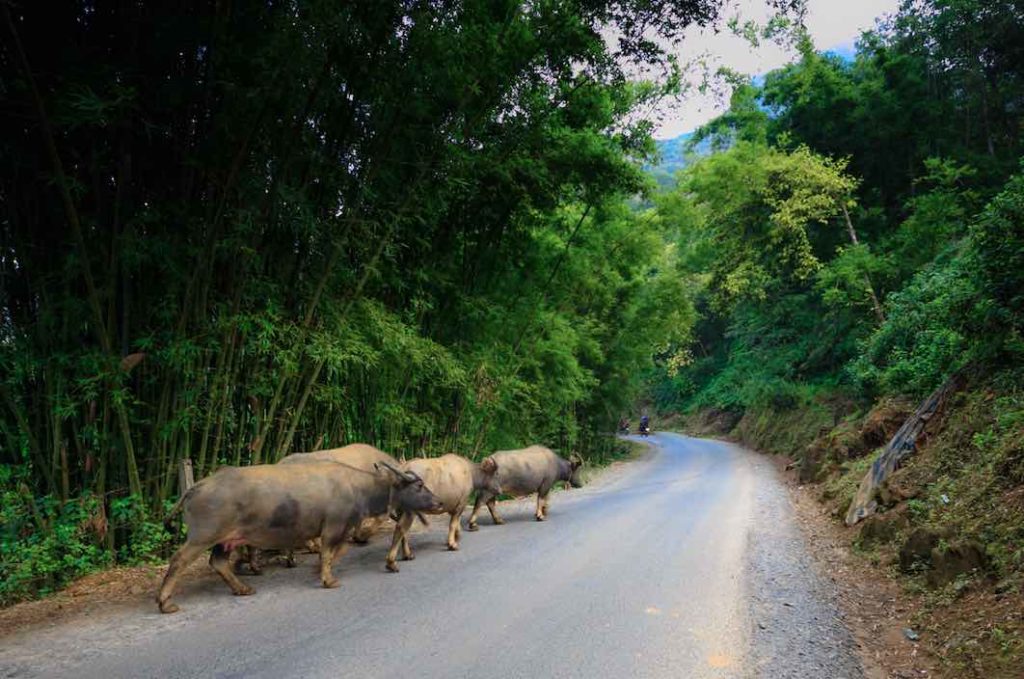 Street dancing competition, the carabao race, and the grand parade are the highlights of the festivity. The grand parade attracts the most attention since this is where the festival gets its name. For the parade, carabaos from different barangays are given a full make-over. Farmers make sure their coat is sleek and shiny. Their carriages or carts are adorned with colorful materials or products from their respective barangays. In the midst of the parade, carabaos would kneel in front of the crowd to give thanks and ask for a bountiful harvest. Carabao races are also held leading up usually the following day.

Indeed, carabaos deserve to be recognized and be given importance. Without them, farmers would have a hard time producing our food on our table. We appreciate the efforts of the government, specifically the PCC, and other civic groups and organizations in promoting better nutrition, higher levels of income and improved general well-being of the rural farming families through the conservation, propagation and promotion of water buffalo as important source of milk and meat, in addition to draft power and hide.

Department of Agriculture lures OFWs for agri-ventures, offers no interest loans up to P15M