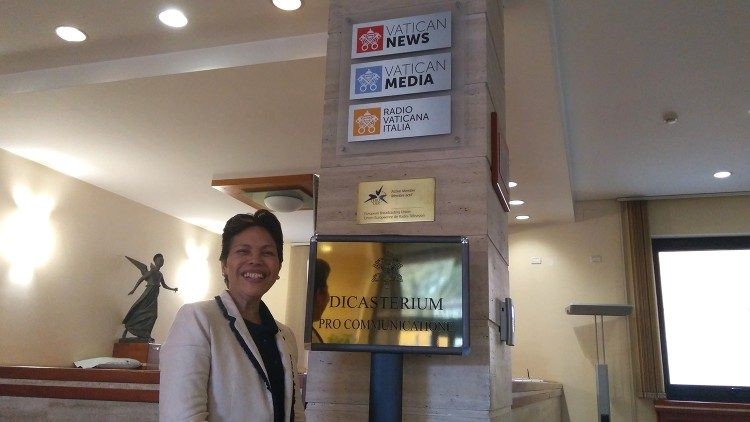 VATICAN CITY 18 January 2019 — Ambassador to the Holy See Grace Relucio Princesa stated that the issues raised by Pope Francis during his New Year’s address are issues that affect Filipinos, such as migration, and appreciated the Pontiff’s emphasis on helping and protecting migrants.

She said these during an interview by Vatican News, the Holy See’s official news publication, on 10 January 2019 on her reaction to the Pope’s New Year address to the Diplomatic Corps on 07 January 2019.

According to Ambassador Relucio-Princesa, what appealed to her most in the Pope’s speech were the issues of migration, the environment and inter-faith dialogue. She appreciated the Pontiff emphasis on.

Ambassador Relucio-Princesa pointed out that the Philippines is home to Asia’s largest Catholic community, and expressed satisfaction that the Pope commended the Global Compact for Migration that was signed in Marrakech, Morocco on 10 to 11 December. She said the diplomats and countries were together in supporting the Compact and felt it was important for her to focus on what the Pope is talking about so they can synergize.

The country’s top envoy said that migrant Christians, Muslims and other faiths should realize their call to spirituality.  She said that in her talks to Filipino Communities she tries to help deepen this knowledge and awareness.  In this, she also tried to involve priests, nuns, religious and the whole migration sector.

The Ambassador said that migrants are exposed to new ideas and additional amounts of money.  She is advising Filipino migrants to build “disaster-resilient” homes with abaca, or Manila hemp—an exceptionally strong natural fiber that is water-resistant and has a variety of uses, for which the Philippines is the top supplier providing 85 percent of the world’s needs. Abaca also symbolizes the best qualities of the Filipino: strong, resilient and exceptional (malakas, matibay at kakaiba).  For this reason, she wears a wristband made of what she describes as the “strongest natural renewable fiber in the world” – symbolizing the resiliency of the Filipino as well as espousing the environmentalism espoused by Pope Francis in “Laudate Si.”

The Ambassador mentioned that when she began her diplomatic mission to the Holy See on 01 September 2018, she told the Holy Father that “migration can lead to development.”  In this regard, she hopes to deepen the 5Fs that she has formulated for Filipino migrants: faith, family, fitness-finance and “Filipinones.”

The interview was also aired on Vatican Radio.

Over 153,000 overseas Filipinos have returned to the Philippines, repatriation efforts to continue