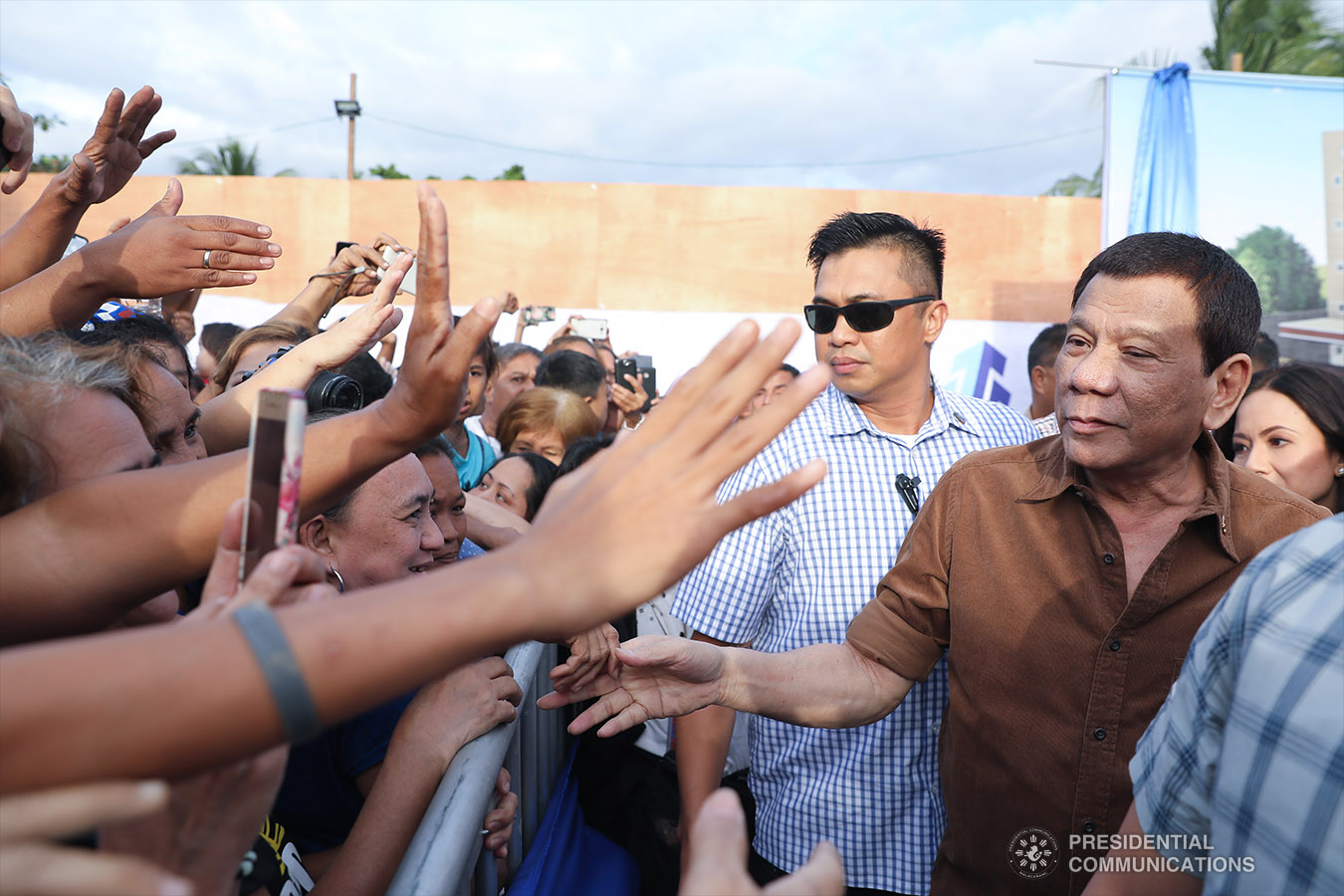 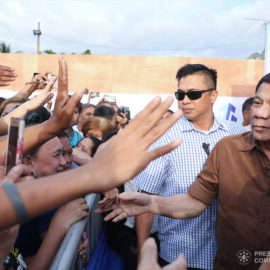 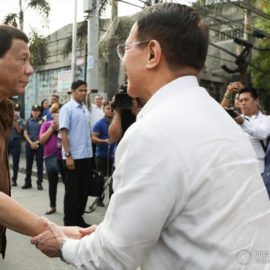 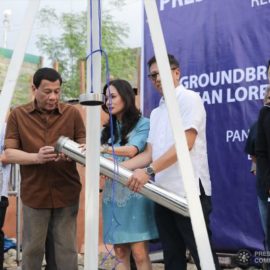 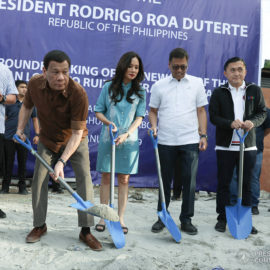 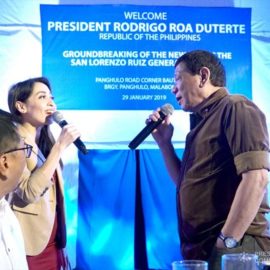 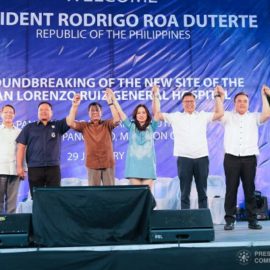 President Rodrigo Roa Duterte interacts with his supporters on the sidelines of the groundbreaking ceremony for the construction of the San Lorenzo Ruiz General Hospital (SLRGH) in Malabon City on January 29, 2019. REY BANIQUET/PRESIDENTIAL PHOTO 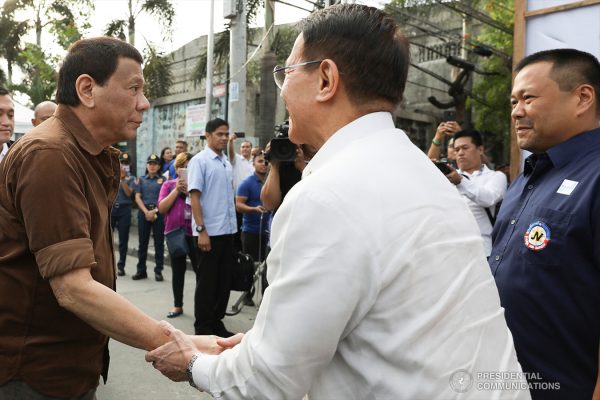 President Rodrigo Roa Duterte is greeted by Health Secretary Francisco Duque III upon his arrival at the construction site of the San Lorenzo Ruiz General Hospital (SLRGH) in Malabon City where he led the groundbreaking ceremony on January 29, 2019. Also in the photo is Senator Joseph Victor Ejercito. TOTO LOZANO/PRESIDENTIAL PHOTO 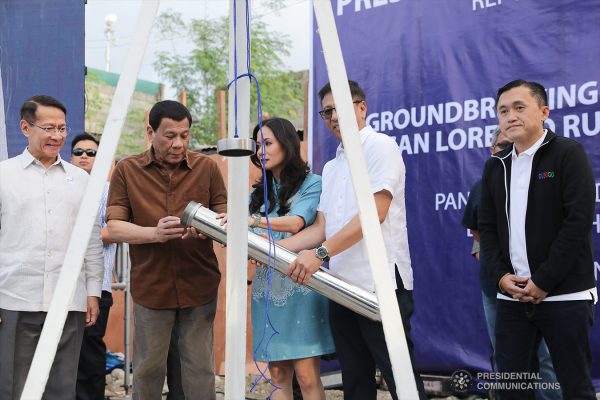 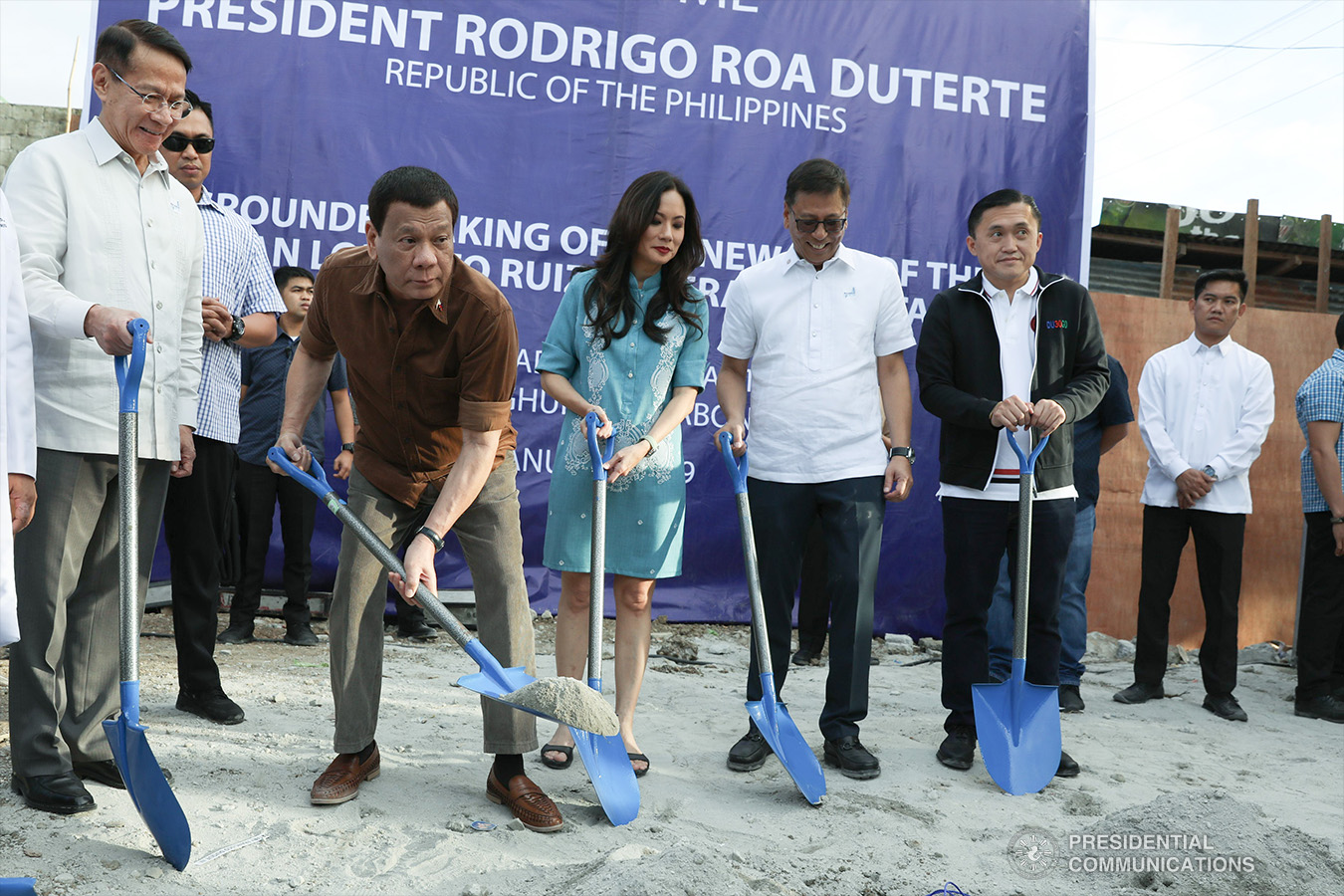 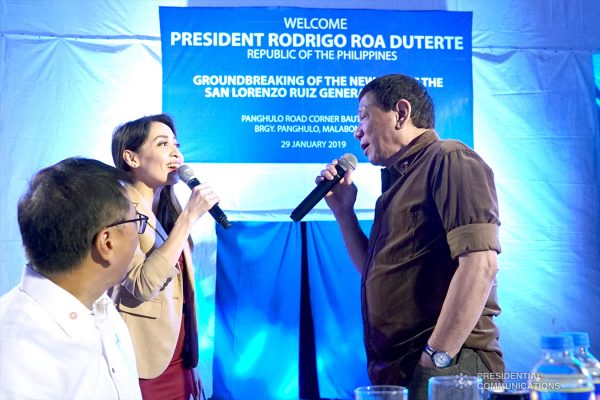 President Rodrigo Roa Duterte sings along with the guest performer on the sidelines of the groundbreaking ceremony for the construction of the San Lorenzo Ruiz General Hospital (SLRGH) in Malabon City on January 29, 2019. RENE LUMAWAG/PRESIDENTIAL PHOTO 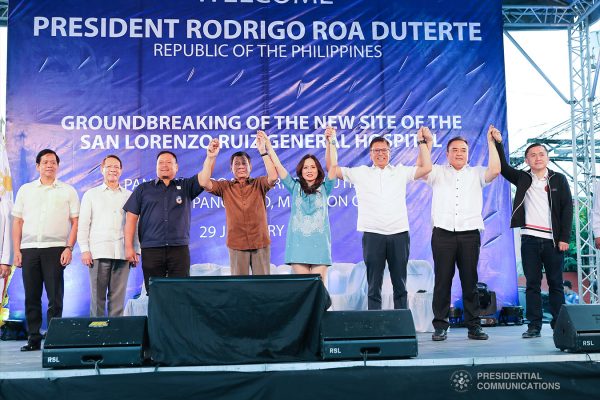 MALABON CITY — President Rodrigo Roa Duterte on Tuesday, January 29, led the groundbreaking ceremony for the new San Lorenzo Ruiz General Hospital that would expand medical services to the people of Malabon City and nearby areas.

“It is my pleasure to be with you today as we lay the groundwork for a project that will soon serve not only the people of Malabon but also patients coming from adjoining areas such as CAMANAVA (Caloocan, Malabon, Navotas, Valenzuela) and Bulacan,” President Duterte said in his speech during the groundbreaking rites.

“I reiterate this administration’s resolute commitment to enhance and strengthen the operational capabilities of government hospitals to cope with the healthcare and medical needs of the Filipinos, especially the poor and the marginalized, ” he added.

The construction of the new hospital in Malabon City will expand the 10-bed capacity of San Lorenzo Ruiz Women’s Hospital, the city’s existing hospital.

The new San Lorenzo Ruiz General Hospital will have a bed capacity of 200, which according to the President, is indeed a promising development.

Recognizing the valuable efforts of the people behind the initiative, the President said it would surely help thousands of Filipinos, particularly those who cannot afford expensive medical bills.

The PAGCOR, he said, has also committed to contributing money, which would be used for health care needs of poor Filipinos.

The President also expressed his confidence that doctors and allied medical professionals would be his administration’s steadfast partners in the mission to provide high-quality healthcare by remaining true to their Hippocratic Oath.

“I also enjoin all health workers to observe the Code of Conduct and Patient’s Rights to the best of your ability. May you continue to provide accurate, responsive, and compassionate medical care for our people,” he said.

At the same time, the President rallied the support of the country’s local leaders to join hands with the national government in ensuring timely delivery of health services to the poor.

“Together, let us make the Philippines a better nation — a country that empowers its citizens and a society that allows them to grow, prosper, and lead healthier and comfortable and productive lives,” he added.

Aside from the construction of a new Malabon City hospital, another government thrust under the Duterte administration is the release of multi-million monthly government subsidy to the Philippine General Hospital and major military hospitals.

Philippines online hiring on a roll with 17% annual growth