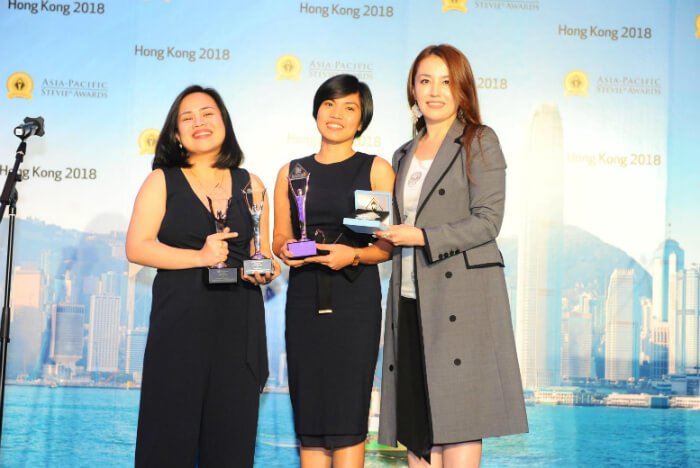 Resorts World Manila (RWM) scored a hat trick in the prestigious 2018 Asia-Pacific Stevie Awards held on June 1 in Hong Kong by winning three awards for its marketing, community relations, and corporate events projects in 2017. The Stevie Awards is the world’s premier business awards that recognize the achievements and positive contributions of organizations and working professionals in the region.

RWM’s 2017 benefit show Kaya Natin ‘To also won a Stevie Award for Innovation in Internal (Corporate) Events. Aiming to boost employee morale after the company faced challenging times midyear last year, RWM collaborated with award-winning Filipino singer-songwriter Noel Cabangon who volunteered to compose the song “Kaya Natin ‘To”. The song was initially intended as an encouragement piece for RWM employees but later reached the public on a nationwide scale via radio, digital, and social media airplay. Soon after, the benefit show gathered over 50 performers from past and present RWM musical productions and concerts and became a testament to the solid ties among RWM employees.

Meanwhile RWM’s annual corporate social responsibility project Run With Me also won the Stevie Award for Innovation in Community Relations or Public Service Communications. In 2017, Run With Me was opened to the public for the first time and gained a wider public interest and raised more funds for beneficiaries. Because of RWM’s public relations efforts in raising awareness for the event, around 5,000 people participated in the race raising a total of Php3 million for the five charity institutions. The race became the most successful employee engagement and charity event organized by RWM by far. Among the selected beneficiaries of the 2017 Run With Me were YesPinoy Foundation, HERO Foundation, EPCALM Foundation, Tzu Chi Foundation, and COR Foundation.

With more world-class entertainment and lifestyle offerings on the calendar, and significant socio-civic initiatives being facilitated this year, RWM aims to bolster its efforts in bigger projects that will promote innovation for its guests and charity to its beneficiaries.

Know more about Resorts World Manila by visiting www.rwmanila.com or by downloading the RWM Mobile App, free at the Google Play Store and the App Store.

Resorts World Manila (RWM) is the first one-stop, nonstop entertainment and tourism destination in the Philippines, with attractions ranging from world-class performances to multi-level recreational facilities, global lodging brands to a slew of exciting lifestyle options.

Guests are welcome to dine in any of around 50 restaurant outlets offering a diverse selection of local and world cuisine, prepared by top Filipino and foreign chefs and paired with a wide selection of the finest wines and popular liquors.