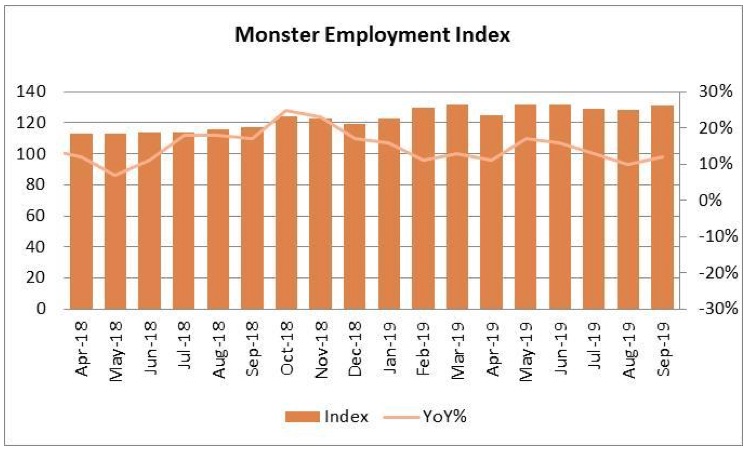 Manila – Economic growth in the Philippines is experiencing a slowdown as the recent World Bank forecast revealed a 5.8% growth rate for 2019, falling below the government’s growth projection of 6–7% for the year, and the effect of the unexpected slump can be seen in the labour economy. This includes e-recruitment sentiment, which experienced a decline in demand growth in Q3, with 13%, 10% and 12% year-on-year growth for July, August and September, respectively – lower than growth numbers in the first half of the year.

Despite the overall slowdown, certain sectors did experience increased growth in online hiring demand during Q3. The most notable was the Advertising & Marketing industry, which consistently witnessed strong growth throughout the quarter, charting 26% year-on-year in both July and September, and 20% in the month of August.

The BPO/ITES sector also experienced an e-recruitment demand in the previous quarter, peaking in August with 21% year-on-year growth, followed by 18% for both July and September. The BFSI, IT/Telecom and Consumer Goods industries also ranked among top growth sectors for online hiring demand in Q3.

Finance & Accounts talent were also in surging demand during the quarter, charting year-on-year growth numbers of 28%, 24% and 23% for the months of July, August and September, respectively. Professionals in Marketing & Communications and Software, Hardware, Telecom roles also witnessed consistently strong demand during Q3, ranking among the top growing occupations for the period.

“Global trade tensions, together with the nation’s political landscape are affecting the Filipino economy and resulting in a weak outlook, with the World Bank and the International Monetary Fund’s predictions that the Philippines will likely not hit its 2019 GDP growth targets. This impacts online recruitment sentiment, too. Although still positive overall, hiring has been slowing, as marked by the declining growth in the latest quarter after months of a strong upward trajectory late last year,” said Krish Seshadri, CEO of Monster.com – APAC and Middle East.

While Filipino businesses and regulators need to step up and start taking active measures to resolve this situation by improving economic openness, employers should focus on staff retention and retraining, so as to build stronger teams in order to weather out any potential rough patch ahead.”

The Monster Employment Index is a monthly gauge of online job posting activity, based on a real-time review of millions of employer job opportunities culled from a large representative selection of career websites and online job listings across the Philippines. The Index does not reflect the trend of any one advertiser or source but is an aggregate measure of the change in job listings across the industry. 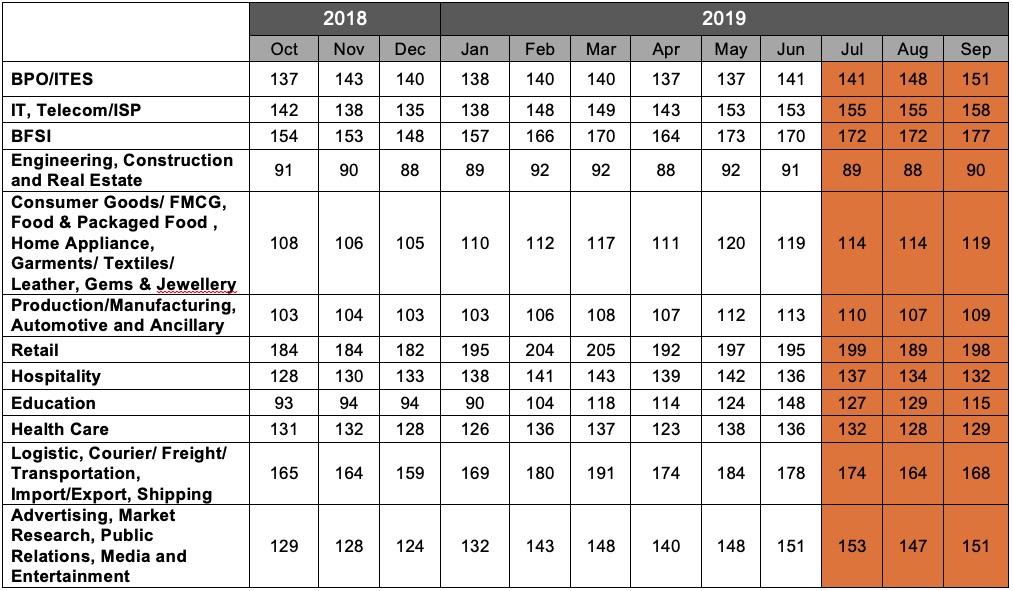 About Monster APAC & Middle East
Monster has been a leading online career and recruitment resource for more than 20 years. With its cutting-edge technology, it provides relevant profiles to employers and relevant jobs to jobseekers across industry verticals, experience levels and geographies. Monster today has more than 200 million people registered on the Monster Worldwide network, and with operations in more than 40 countries, provides the widest and most sophisticated job seeking, career management, recruitment and talent management capabilities.

Monster continues its pioneering work of transforming the recruiting industry with advanced technology using intelligent digital, social and mobile solutions, and a vast array of products and services.

Unemployment rate down, indicating gradual economic recovery for the Philippines

Philippine government focused on bringing jobs back for overseas Filipinos, ready to engage with foreign governments

Polish that resume! Potential job opportunities in the BPO industry for newly arrived overseas Filipinos in the Philippines