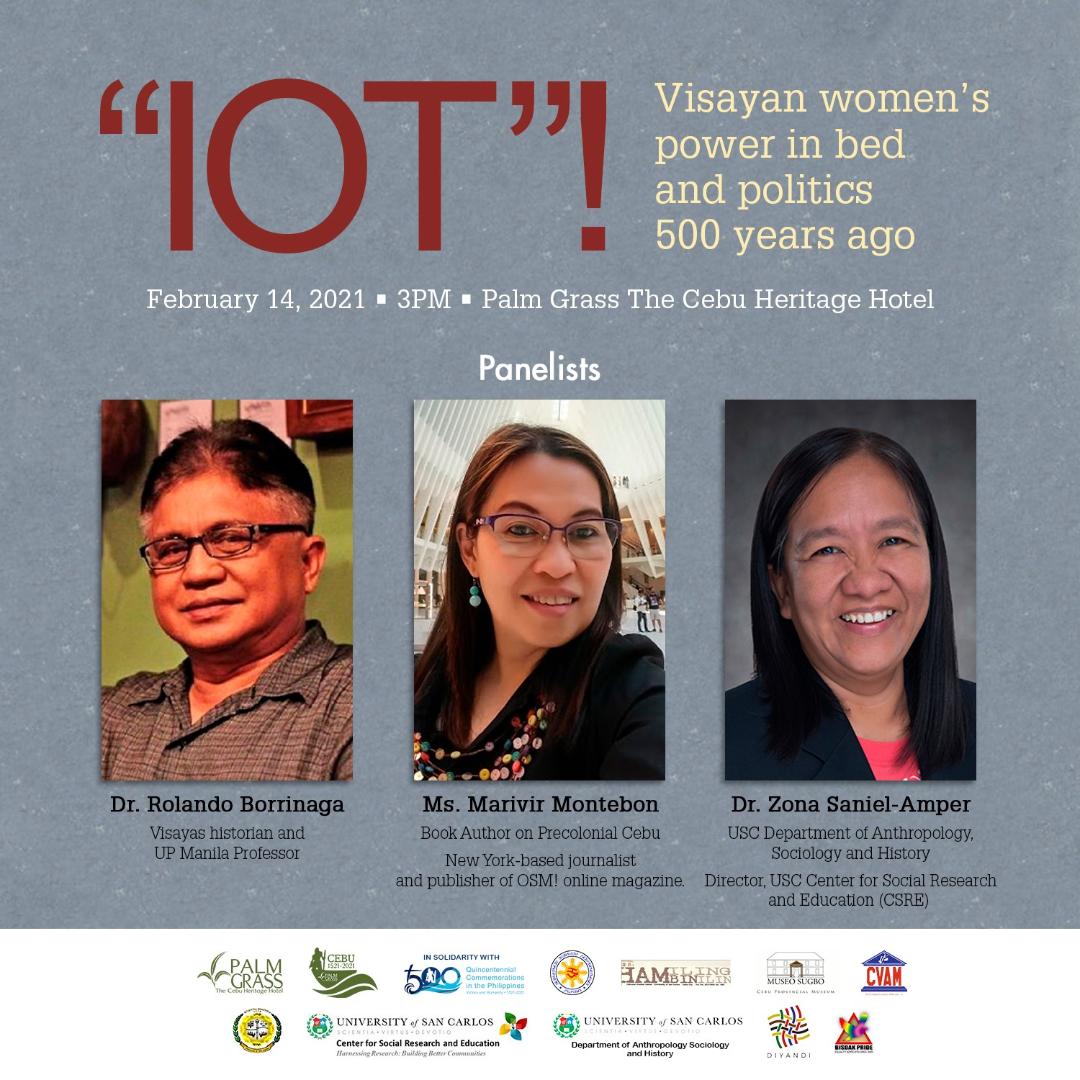 In commemoration of the 500th anniversary of the first circumnavigation of the world in Cebu, Visayan scholars will discuss the dominance of women in religion, culture, politics, and sex in the precolonial Visayas. Titled “IOT! Visayan Women’s Power in Bed and Politics 500 Years Ago,” the limited physical academic event will be held on February 14, 2021, 3pm at Palm Grass: The Cebu Heritage Hotel. It will also be streamed live on the official Facebook pages of Palm Grass, the National Quincentennial Committee, and other partner institutions.

Iot or coitus in Binisaya was documented in Fr. Mateo Sanchez, SJ’s 1616 Vocabulario de la Lengua Bisaya. Dr. Rolando Borrinaga, a Visayas historian and professor of the University of the Philippines Manila – Palo School of Health Science, will talk about ancient Visayan women’s love, sex, and marriage practices. Ms. Marivir Montebon, author of a book on precolonial Cebu and New York-based publisher of OSM! Online Magazine, will share her knowledge on women as spiritual leaders in the precolonial Visayas and the suppression of women by Spanish colonialists. Dr. Zona Saniel-Amper, an anthropology professor of the University of San Carlos (USC) and Director of USC Center for Social Research and Education (CSRE) will tackle the anthropological perspective of gender, marriage, and politics as part of the culture. 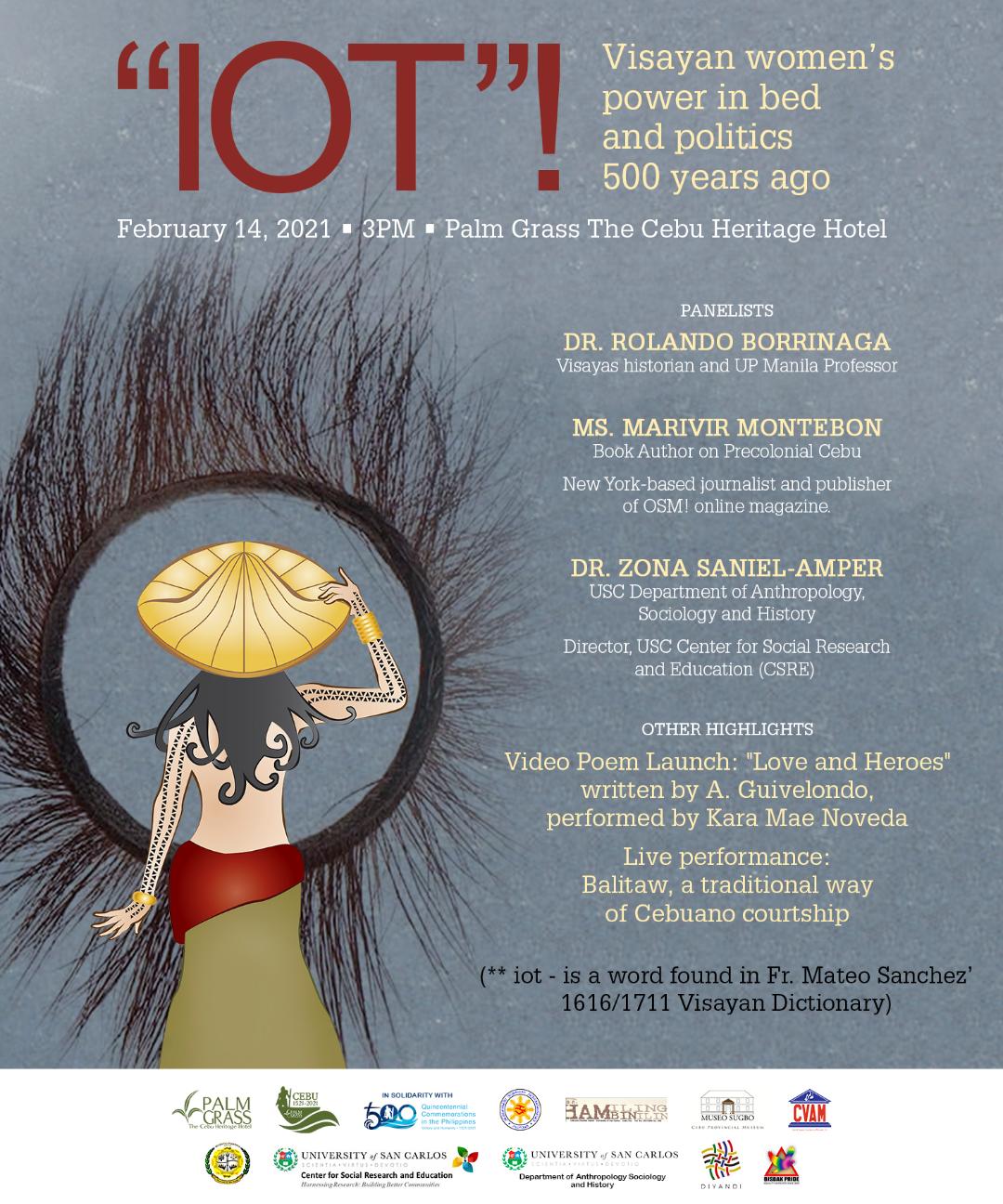 The Valentine cultural event will also launch a video poem “Love and Heroes,” performed by lawyer-journalist Kara Mae Noveda and written by heritage advocate A. Guivelondo. It was shot and produced by Hong Kong-based Social Communications Asia’s Prospero Laput before the pandemic. Balitaw, a traditional Visayan courtship, will be performed live in the event.