It’s definitely more fun in the Philippines, where more than 7,000 islands promise sun, surf, and beach. But there’s more to the Philippines than just island life. And when we say it’s more fun in the Philippines, that’s because there’s so much to discover—heritage, culture, natural re-sources, and man-made landmarks. When you’re planning a great escape and got just a few days to spend, you don’t have to go far. South of the metropolis just a couple of hours or even less is a destination that’s heaped with diverse attractions.

Head on to the Lakeshore District of Batangas that is comprised of two cities and seven towns around the famed Taal Lake—Tanauan, Lipa, Malvar, Balete, Sto. Tomas, Talisay, Mataasnakahoy, and San Nicolas. Its rich natural attractions—with Taal Lake, the Volcano Island, and Taal Volcano at its core—are incomparable. Its culture and heritage—vivid and intense. Its people—warm, friendly, and gracious.

Here’s a serious fun list of things that you can see, do, eat, and experience at the Lakeshore District of rich Batangas the whole year round. Make 2018 your Visit Batangas year.

Your perfect getaway starts at Lima Park Hotel, the first and only 4-star hotel in Batangas and a TripAdvisor Certificate of Excellence awardee for three years in a row as recognized by travelers worldwide.

#2 Wake Up To Beautiful Mornings

Before heading out for your day’s activities, take a few laps in the expansive Horizon Pool, or take a quick dip in its two smaller pools. 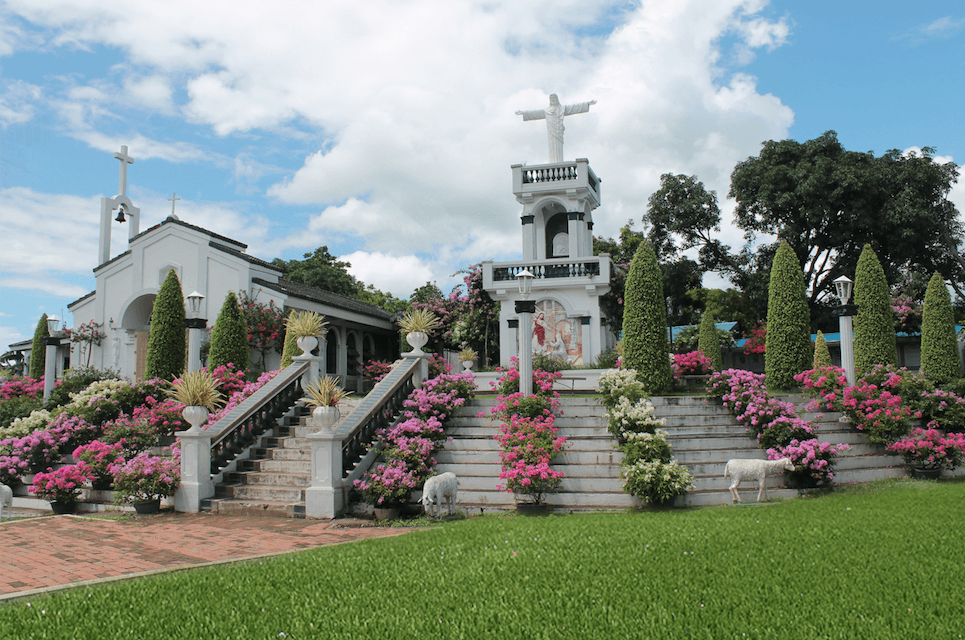 #3 Explore The Little Rome Of The Philippines

A pilgrim’s haven, Lipa City is dubbed the “Little Rome of the Philippines” for its numerous Catholic churches, convents, seminaries, and retreat houses. Take time to visit any one of these religious destinations for a glimpse of Catholic devotion. 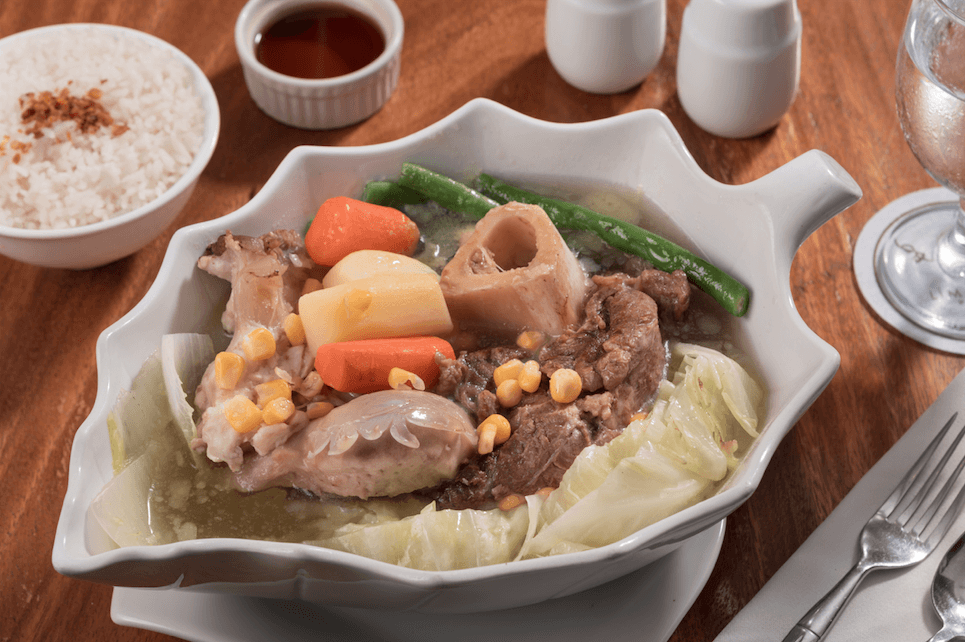 This local noodle dish is a hot soup thickened with cassava flour. Batangas Lomi first became popular in the ‘80s and is served in carinderias that dot the roadsides. Enjoy its warm rich soup made more flavorful with the generous amount of meat cuts and seafood toppings.

#5 Go On A Bisikleta Iglesia

Are you a cycling enthusiast, a devotee, or both? Get on your bike and head out to visit the beautiful churches of the Batangas Lakeshore District for a unique Bisikleta Iglesia. 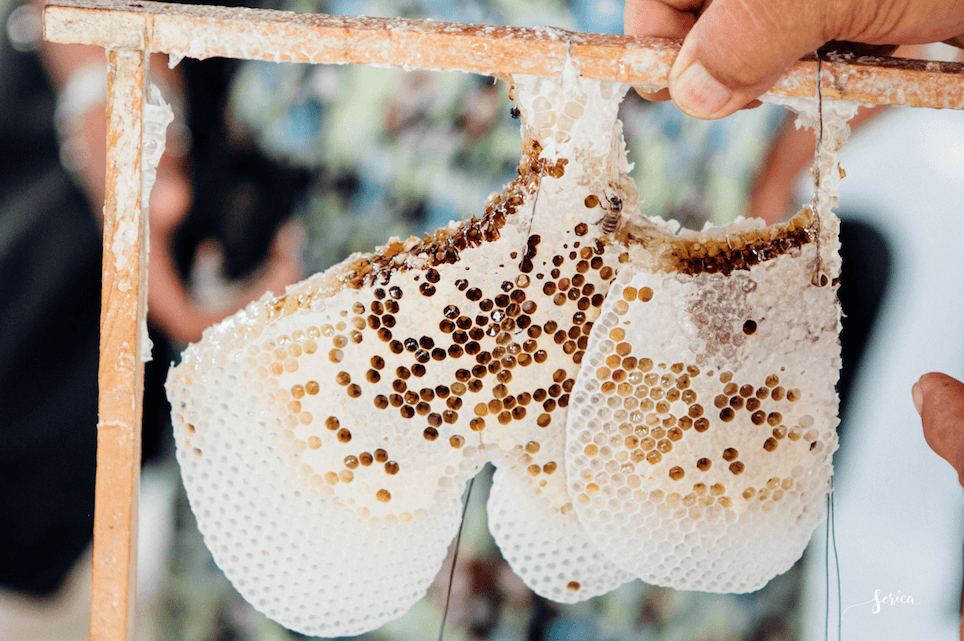 #6 Take With You The Delicious Doodness Of Batangas

You shouldn’t miss sumang magkayakap, a local delicacy made from glutinous rice (kaning malagkit), wrapped in banana leaves, then bundled together. Best served with a special coconut caramel sauce. Yum!

Hop on a Taal Lake Cruise and navigate through Taal Lake to discover the numerous islands and rock formations that dot the lake on board the 30-seater Lady of the Lake catamaran.

The trek along the Lava Walk on Volcano Island in San Nicolas will take you over a terrain covered in black basaltic rocks that are actually hardened volcanic materials spewed by Taal Volcano in past eruptions. Before leaving the island, bring home some dried fish that is a source of income for the small local community on the island. Choose from biya, bangus, red tilapia, even shrimps—all caught from the lake.

Did you know that Taal Volcano has 47 known craters and four maars? Find out things you did not know about Taal’s lake, volcano, and the islands at the Taal Lake Conservation Center (TLCC).

Indulge in perfect perk-me-up artisan coffee from the Brew Company, found at the lobby of Lima Park Hotel. Pair it with a savory bread, a filling sandwich, or a slice of sinfully-delicious cake. 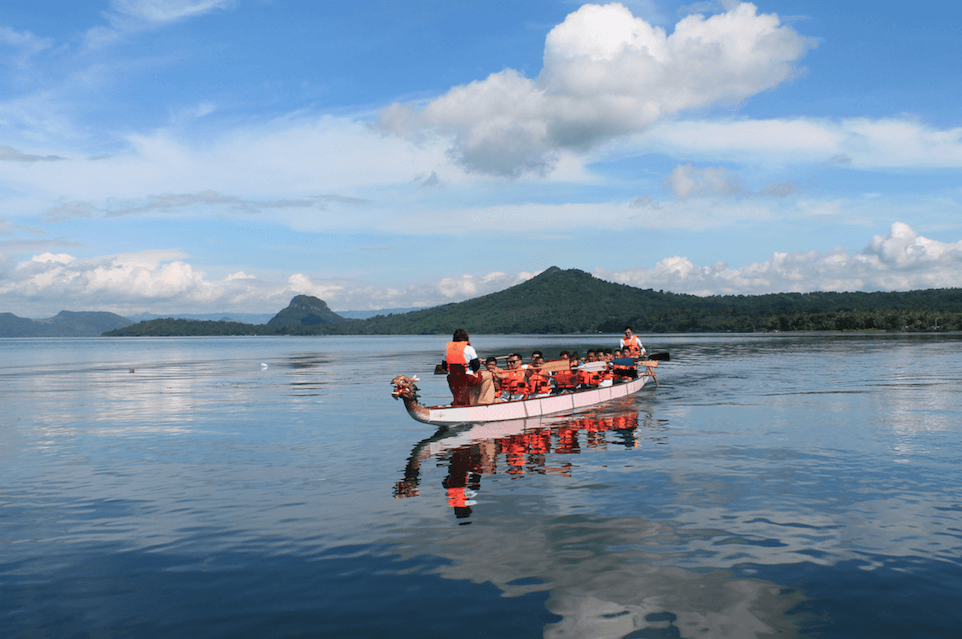 Try your hand at rowing a dragon boat on Lake Taal. Want a twist? Gather the squad and try a unique tug-of-war (or tug-of-oars, if you please) on a dragon boat. On a corporate mission? Promote teamwork, camaraderie, and friendship through this unique team-building on water activity. 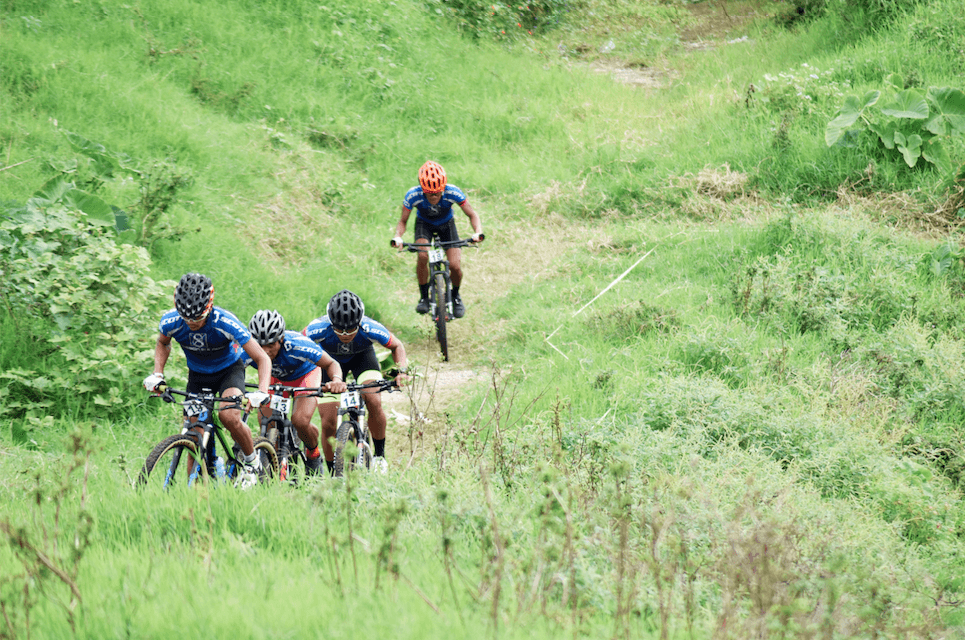 #12 Pedal Through The Extreme Terrain Of Balete

Take a spin on your bike through the winding, picturesque trails of Balete, known as the Biking Capital of Southern Luzon.

After a full day, you can quiet down at Lima Park Hotel’s La Terraza Deck while watching the sky turn from fiery orange to a rich magenta before settling to the deep-set blue of the night. Take a nightcap at the La Terrazza Bar and maybe another dip at the pool. Or simply indulge yourself in a drink while watching the splash and shooting fountain by the pool surrounded by well-manicured gardens. Thursdays and Fridays are acoustics nights, while you can enjoy unlimited beer during happy hours every day of the week.

When you’re ready to call it a night, our turndown service will simply lull you to a good night of blissful sleep. May all your sweet dreams come true.

Have a great stay!
–

Lima Park Hotel is a 4-star hotel located inside the master-planned Lima Technology Center in Malvar, Batangas. It’s a 45 minute-drive from the Makati Business District via the South Luzon Expressway (SLEX) and the STAR Tollway. For room reservations and to book a tour, call +63 43 981.1555. Send an email reservations@limaparkhotel.com. Visit www.limparkhotel.com. Like us on www.Facebook.com/LimaParkHotel.

The Perfect Nature and Wellness Retreat at Club Balai Isabel

5 Reasons Why You Need Travel Insurance