The Departments of Trade and Industry (DTI) and Tourism (DOT) are considering the proposal of the increased operational capacity of hotels, restaurants, and other establishments in the General Community Quarantine (GCQ), provided that businesses adhere to government protocols and health parameters in the country remain stable.

“In such case that GCQ might be extended for much longer, DTI and DOT are also considering to increase the operating capacity of these establishments we are inspecting. This can be done even in GCQ, provided that compliance to the health and safety guidelines remains high and the health statistics in the country remain stable and manageable,” DTI Secretary Ramon Lopez said.

“Given those conditions, we can confidently propose an increase in the working capacity moving forward. The higher operating capacity, the more jobs and sources of income we can provide for our workers,” Sec. Lopez added.

The Trade Secretary issued this statement after DTI and DOT conducted monitoring of selected hotels and restaurants in Ortigas Center on 1 July 2020. They were joined by Pasig Representative Roman Romulo, Mayor Victor Sotto, and Mandaluyong Mayor Carmelita Abalos.

During the inspection, Sec. Lopez expressed satisfaction with the current practices of the inspected hotels and restaurants. He commended the application of technology through cashless payment options, the use of QR codes to access menus and establishment information, and likewise ecouraged the digitalization of the health declaration process to make contact tracing more efficient.

He also cited the high compliance rate of food establishments, ranging from 95% to 100%, which was based on official reports from daily nationwide monitoring efforts conducted by different teams from DTI, DOT, the departments of Labor and Employment (DOLE), Health (DOH), Interior and Local Government (DILG), together with the respective local government units (LGUs).

DOT Secretary Bernadette Romulo-Puyat said that she was encouraged by the efforts taken by businesses to follow minimum health standards issued by the government.

“All of us underwent the standard protocols prescribed in the guidelines, like the filling out of health declaration forms and the temperature checks before entering the establishments. I commend the collective efforts of our stakeholders to abide by the prescribed health and safety guidelines. It is important for us to sustain these efforts as they will influence how we rebuild consumer trust and regain tourist confidence in the Philippines,” she said.

“It was also inspiring to experience how establishments have stepped up to keep our brand of Filipino hospitality—even behind facemasks and physical distancing—while we are still in the midst of this pandemic,” the tourism chief added.

The trade chief explained that the Inter-Agency Task Force for the Management of Emerging Infectious Diseases (IATF-EID) approved the 30% operational capacity of dine-in establishments in the GCQ—ahead of its original reopening schedule under the Modified GCQ—so that workers can return to their jobs and businesses can gradually reopen, get accustomed to the safety protocols, and gauge measures needed to ensure the safe reopening of the economy. 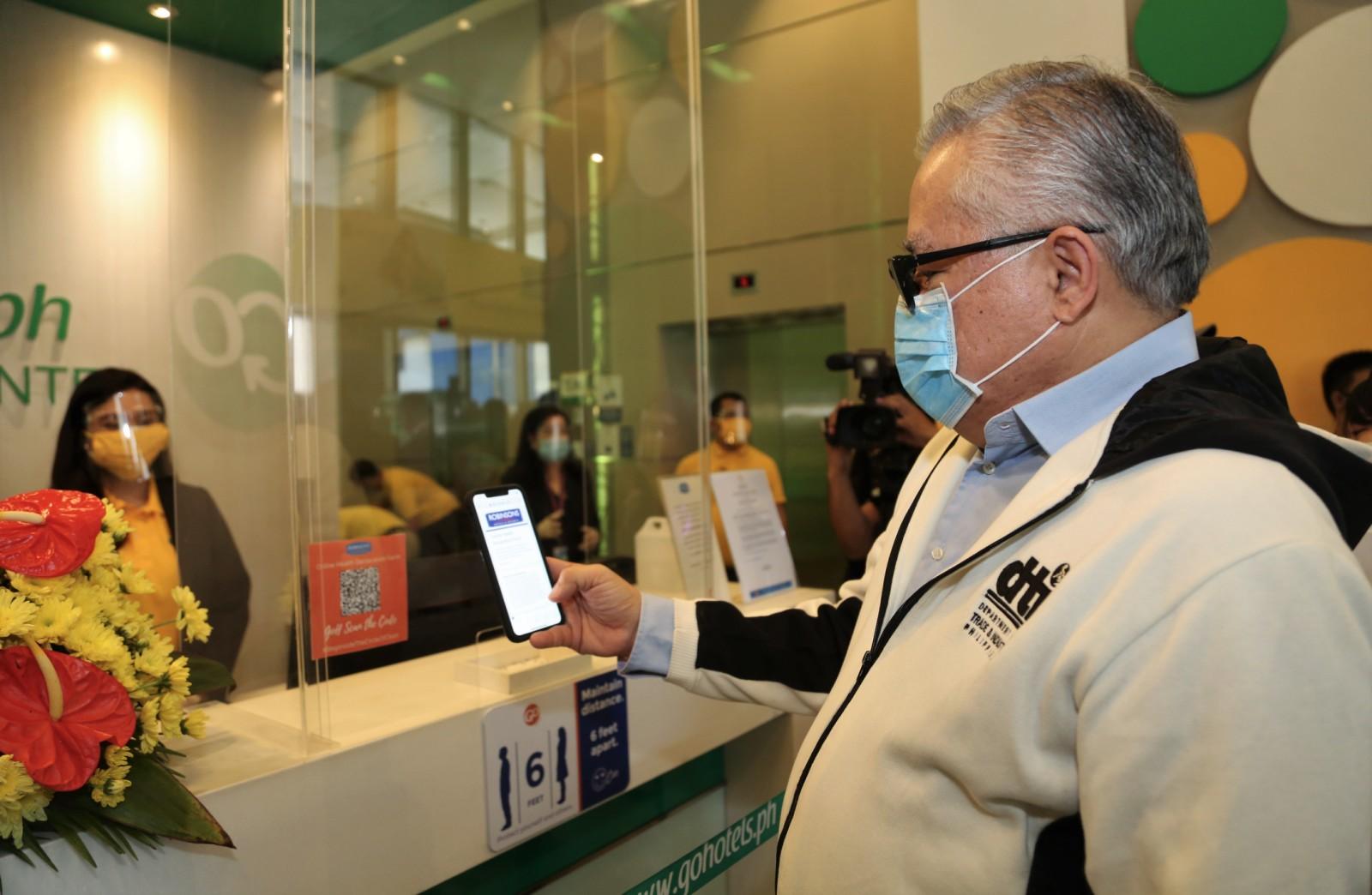 “While we recognize that earnings remain below breakeven with the current arrangements, we are also very grateful for businesses and their sacrifices, which have helped not only restart the generation of jobs, income, and revenue, but also restore consumer confidence,” Sec. Lopez said.

“All of these efforts are aimed towards the balancing of the public health and the reopening of the economy through gradual and carefully considered measures,” he added.

From Batangas to Zamboanga, these 25 cities in the Philippines are primed to become 'Digital Hubs' to fuel economic development