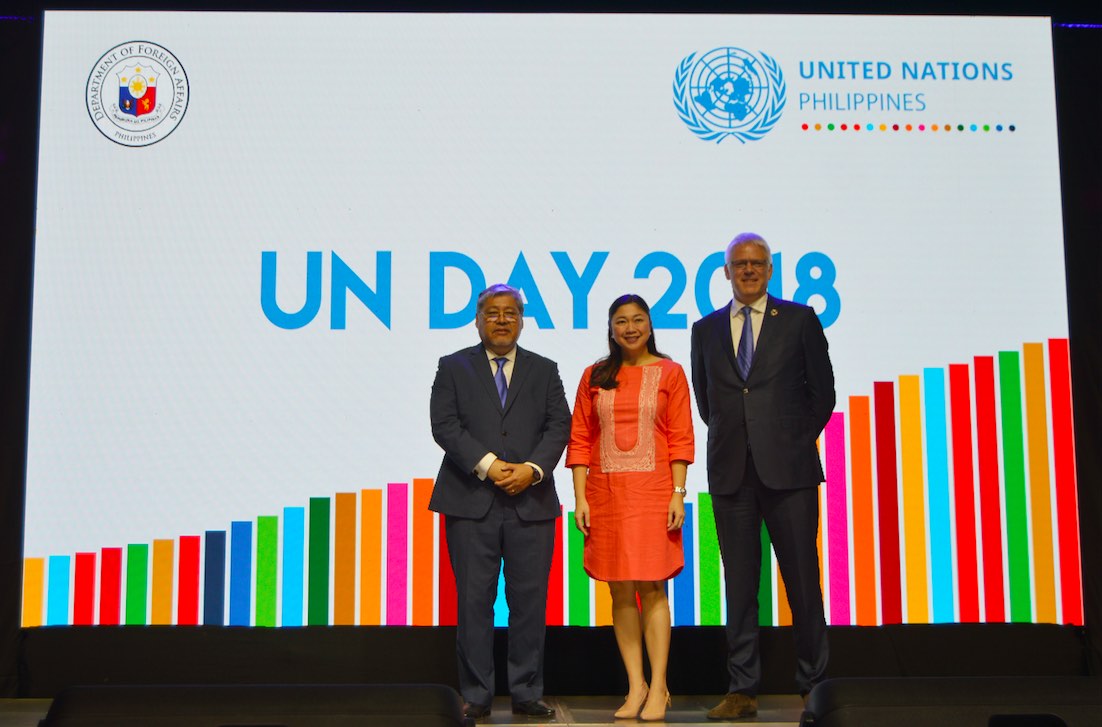 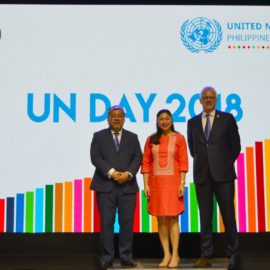 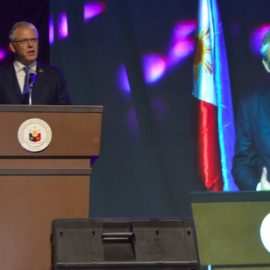 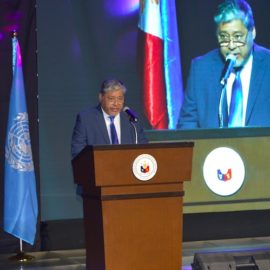 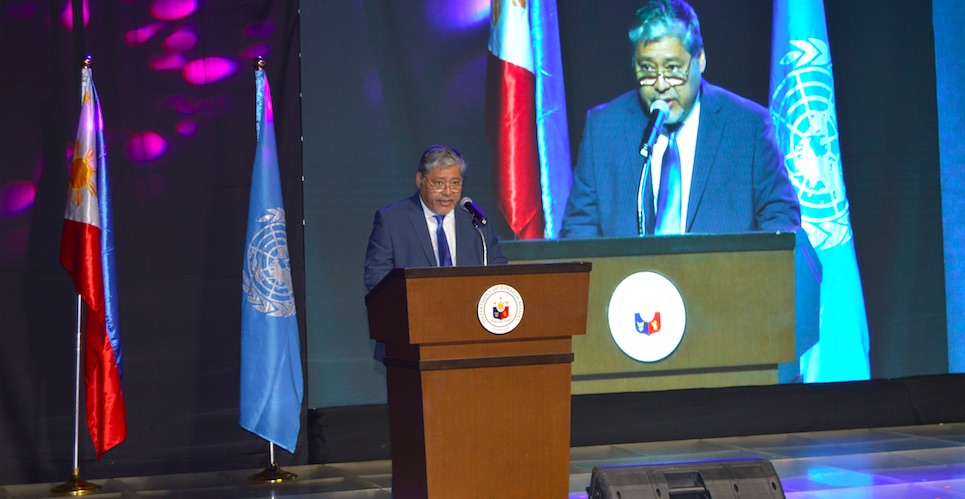 24 October 2018 – The Philippines and the United Nations jointly celebrated the 73rd UN Day on Wednesday by highlighting the strong partnership between the government and the world body in the delivery of the Sustainable Development Goals (SDGs) and the contribution of “changemakers” in achieving these goals.Acting Foreign Affairs Secretary Enrique Manalo and UN Philippines Resident Coordinator Ola Almgren led top government officials, UN agency heads, and members of the diplomatic corps at a cultural program and reception at the SM Aura in Taguig.

The Philippines deposited on 11 October 1945 its instrument of ratification of the UN Charter, which came to force on 24 October 1945.

“While the story of our country joining the UN may appear to be a simple story, but for the Filipino nation, it speaks of a defining moment in our national consciousness when we stood up alongside other countries to share its great faith in nations working together, united in purpose and principles, to shape and secure a better future for the peoples of the world,” Acting Foreign Affairs Secretary Manalo said in his keynote message.

“Today, the Philippines stands proud as one of the founding members of the United Nations,” he added.

Undersecretary Manalo highlighted the Philippines’ major contributions in the work of the UN in the areas of migration, SDGs, climate change, human rights, and peacekeeping.

For his part, Almgren paid tribute to the contributions of the Philippines to the organization and looks forward to future partnerships.

“Today’s celebration of UN Day is a manifestation of that partnership and the joint commitment to leaving no one behind, as the Philippines continues to advance in its development and prosperity,” he added.

The Philippines is a strong advocate for the achievement of the 17 SDGs of the 2030 Agenda, together with all other UN Member States, and has embedded it in its national plans and programs through the Philippine Development Plan.

The SDGs are a set of 17 aspirational goals that seek to end poverty, protect the planet and ensure that all people enjoy peace and prosperity. These SDGs build on the Millennium Development Goals and seek to address the economic, social and environmental aspects of development.

Over 100,000 overseas Filipinos repatriated by the Department of Foreign Affairs