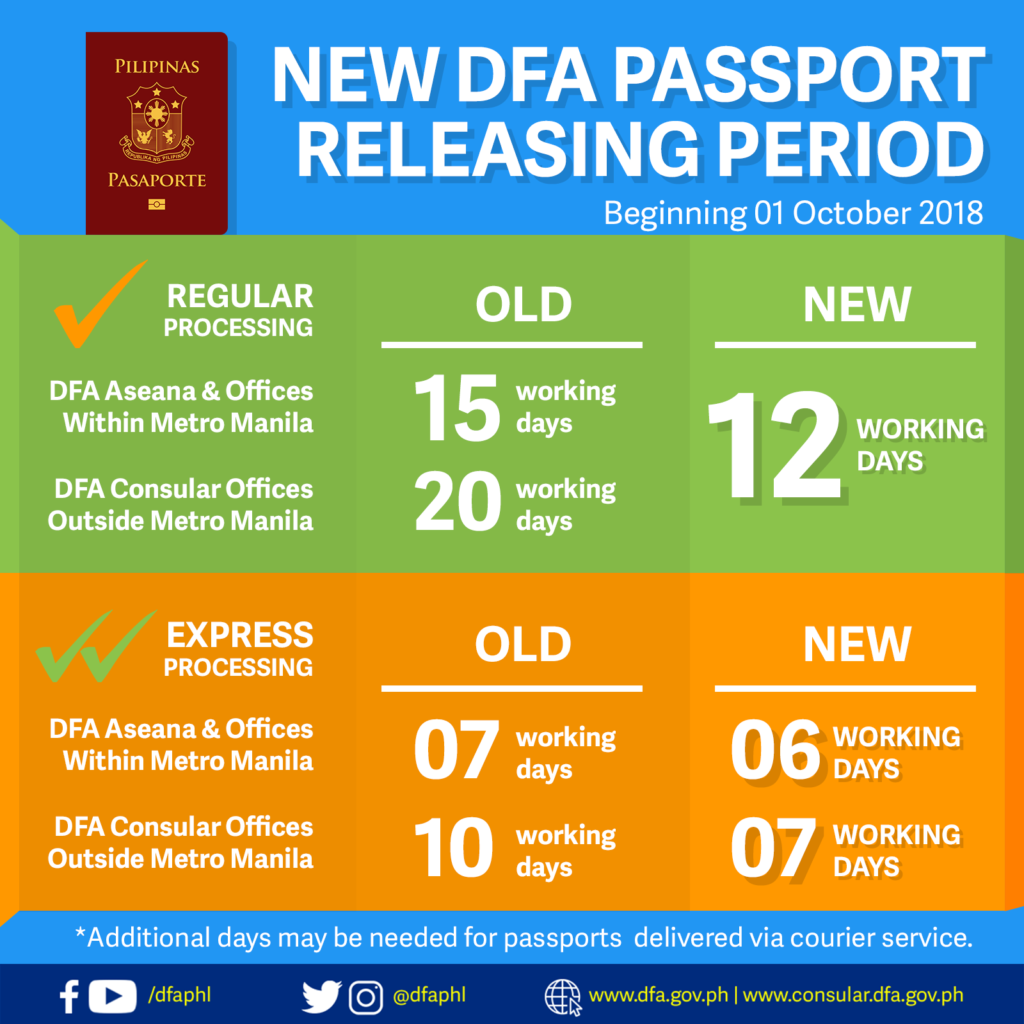 27 September 2018 — Passport applicants will no longer have to wait almost a month before they could get hold of their passports as these would be available in as early as six working days effective 1 October, the Department of Foreign Affairs (DFA) announced today.

“We made a promise to the President and to our kababayan that we will work hard to give them fast, efficient, and secure passport services,” Foreign Affairs Secretary Alan Peter S. Cayetano said in a statement from New York where he is attending the 73rd Session of the United Nations General Assembly.

“Shortening the length of time our kababayan would have to wait before they could receive their passports is part of that promise,” Secretary Cayetano said in announcing the new passport releasing schedules.

Secretary Cayetano said the DFA is also currently working on reducing the waiting time for passport applications filed at Philippine Embassies and Consulates General around the world that currently takes as long as two months.

Aside from reducing the processing time for passport applications, the Secretary said the DFA has also been able to shorten the waiting time of applicants in securing online appointment slots to as early as two weeks to one month compared to as long as two to three months last year.

The Secretary said this was the result of reforms that have been initiated since last year that included efforts to increase the capacity of the DFA to absorb the surge in passport applications such as the e-payment and the opening of at least 10,000 slots at 12 noon and 9 pm, Monday to Saturday, except holiday.

“From the 9,500 passports that were being processed daily in May last year, we have increased our capacity to almost 20,000 passports a day.  We endeavor to increase this number to 30,000 by the end of the year,” the Secretary said.

“Providing better passport services is at the heart of our work at the DFA,” Secretary Cayetano said in assuring the public that the agency will continue to work hard to further improve the delivery of passport services to them so they can study, work and travel abroad as they may desire.

Over 400,000 overseas Filipinos have returned to the Philippines