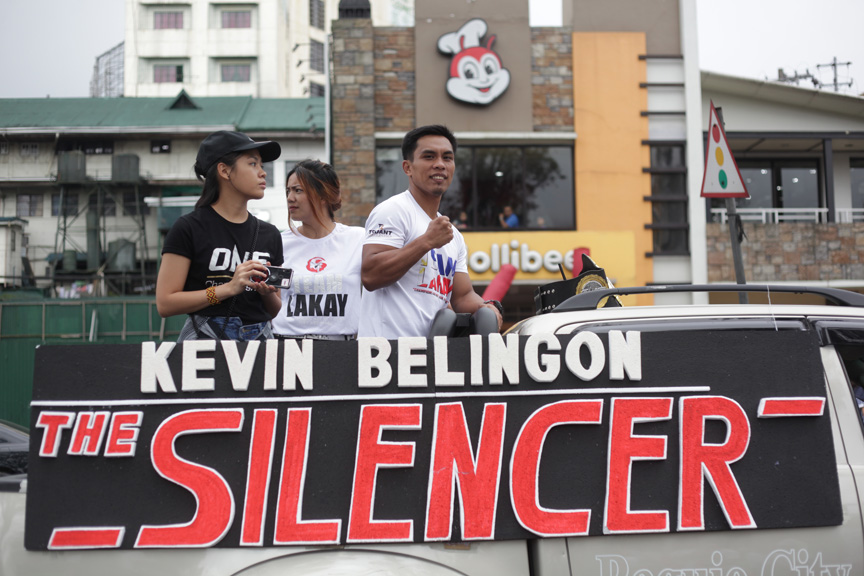 03 September 2018 – Baguio City, Philippines: The city government of Baguio organized a vibrant parade for the 109th annual Baguio City Day last Saturday, 1 September, to celebrate the town’s feat as the first Philippine city to make it to the prestigious global creative circle and highlight Baguio City’s outstanding personalities, including the members of the legendary martial arts group Team Lakay. 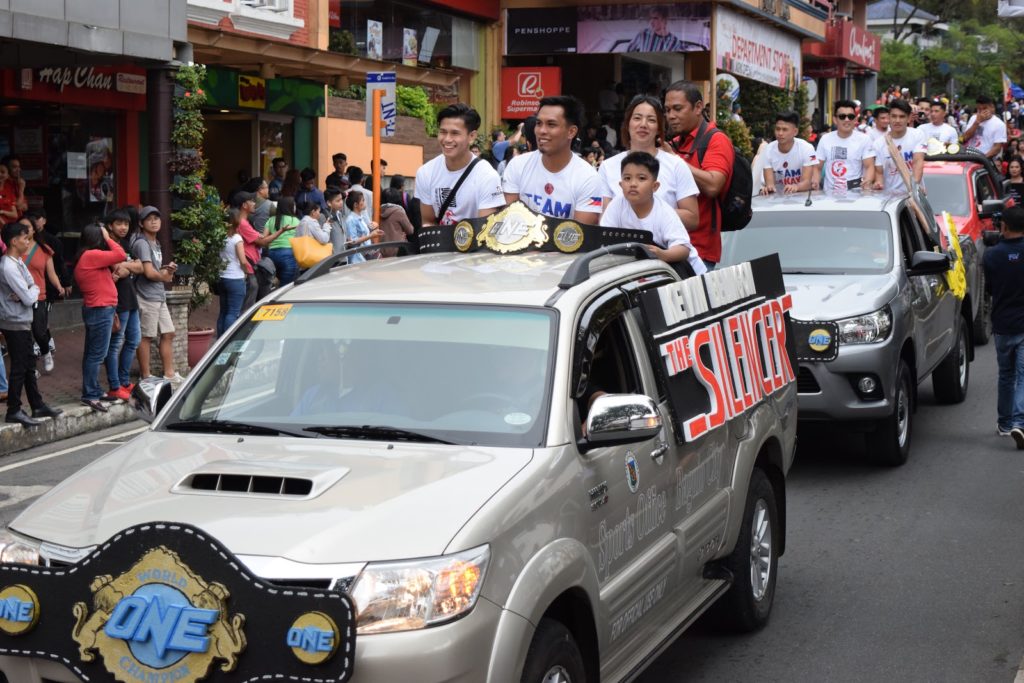 Kevin “The Silencer” Belingon, who captured the ONE Interim Bantamweight World Championship against two-division titleholder Martin Nguyen last July, was the centerpiece of the parade as he received cheers and adulation from the crowd. 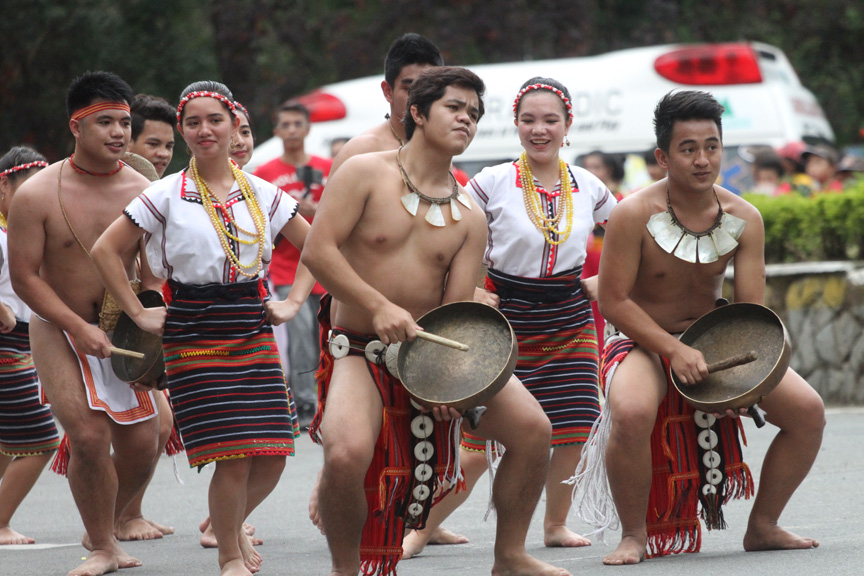 The parade featured performers in traditional Igorot garb native to the province of Benguet and its neighbors in the Cordillera region as they rode a pick-up truck along Session Road bearing a mock display of the ONE World Championship belt attached to the vehicle’s bullbar. Belingon and his Team Lakay comrades waved to fans as the parade traversed down the city’s most populous areas. 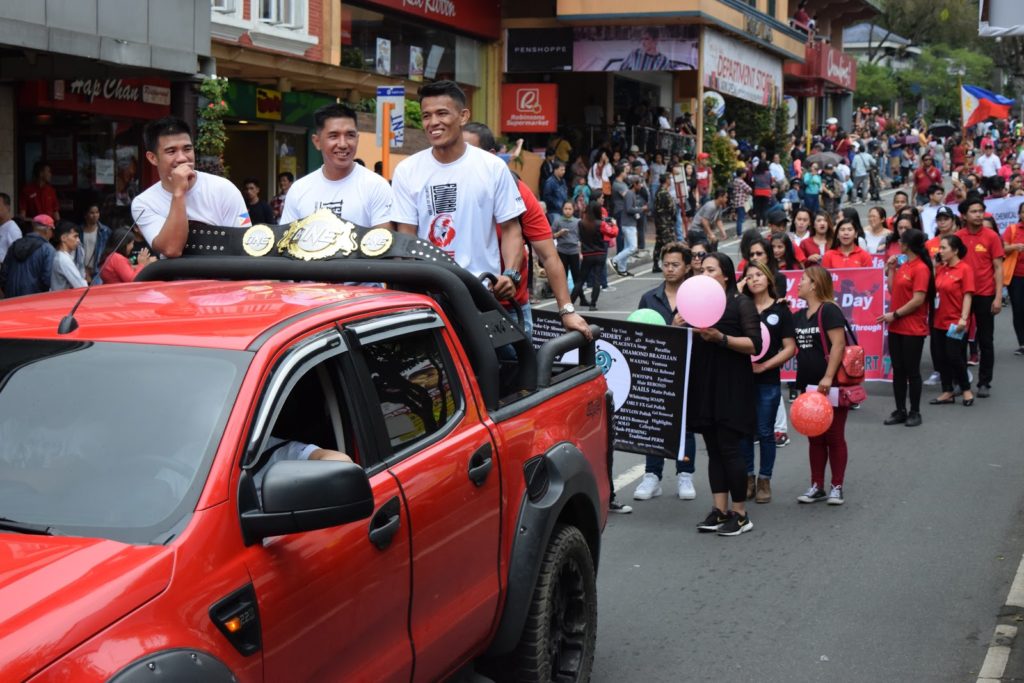 Locals likewise lined up to see Geje “Gravity” Eustaquio, who became the undisputed ONE Flyweight World Champion by defeating Brazil’s Adriano Moraes in a rematch this past June. Joining Eustaquio during the motorcade were fellow ONE Championship athlete Edward “The Ferocious” Kelly and Team Lakay member Jon Chris Corton. 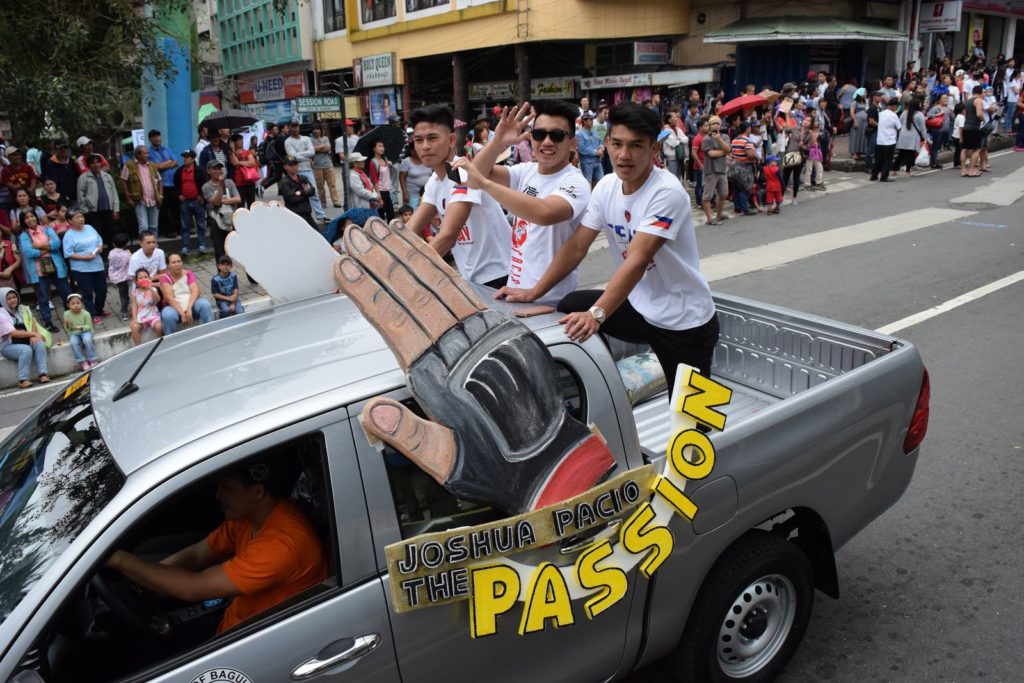