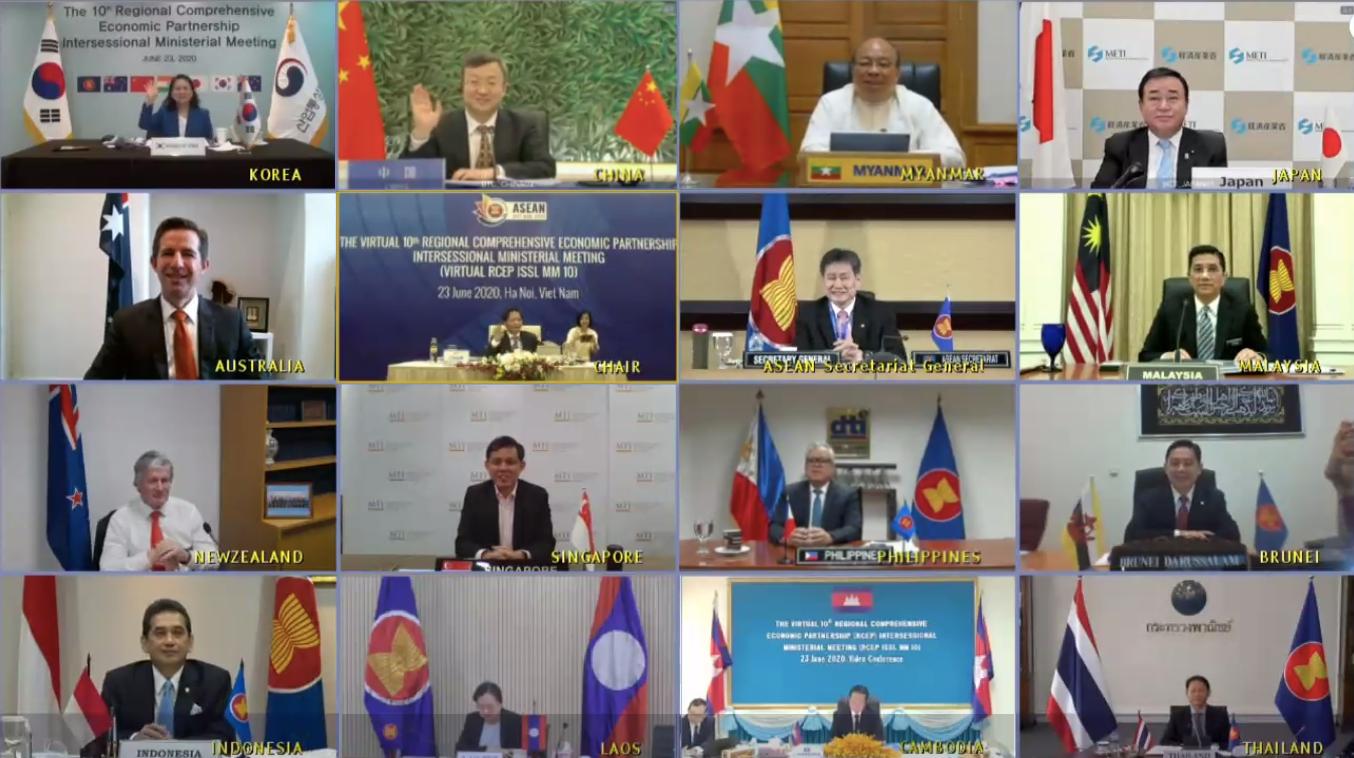 The conclusion of the RCEP Agreement gains more importance as there is a need to strengthen and enhance economic cooperation in the region, as well as to mitigate disruptions and usher in post-recovery plans for the COVID-19 pandemic.

During the meeting, Department of Trade and Industry (DTI) Secretary Ramon Lopez joined his fellow trade ministers in confirming the Philippines’ commitment to sign the RCEP Agreement in 2020.

“Together, let us send a strong signal that we continue to deepen our economic partnership despite the challenges and uncertainties in the global trade environment. RCEP remains crucial in restoring business confidence and maintaining a positive outlook in the region.” Sec. Lopez said.

Along with this, the Ministers recognized India’s important role in progressing the region’s economic integration efforts and said they would welcome the said country back in RCEP.

It can be recalled that during the 3rd RCEP Summit in November of last year, Indian Prime Minister Narendra Modi announced the country’s withdrawal from the RCEP free trade deal, stating that the current version of the Agreement does not satisfactorily address the concerns of India.

Noting the progress of the negotiation, Sec. Lopez also praised ASEAN Economic Meeting (AEM) Chair H.E. Tran Tuan Anh and negotiators, and emphasized that the Philippines stands ready to engage with all RCEP Participating Countries (RPC) in resolving remaining issues in a mutually satisfactory way to meet our Leaders’ mandate and finalize the agreement for signing.

Once entered into force, the regional pact is poised to be the world’s largest trade deal by population and gross domestic product (GDP). The RCEP Agreement is expected to boost the economic environment in the region through enhanced market access for goods as well as services, and by providing stability and predictability on trade rules and regulations.

The trade pact will provide a wider platform to source materials and export products at a preferential rate in bigger markets while at the same time encourage investments in manufacturing, energy, and technology-based industries. PH exports to RCEP members are also expected to expand in sectors such as construction, transport, and machinery equipment, among others.

In an earlier pronouncement, Sec. Lopez also emphasized that the Philippines with its strategic location in the region can also serve as a vital link to various economies in the world, from East to West, from the northern and southern Americas, and into the Asian countries and vice versa.

Foreign reserves of the Philippines reaches record-high of $93.3 Billion

DTI-EMB to hold webinar on import processes for exporters

DTI gears up for a virtual celebration of Consumer Welfare Month