Overseas Filipino personal remittances rises by 5.3%—mainly from the USA and Singapore 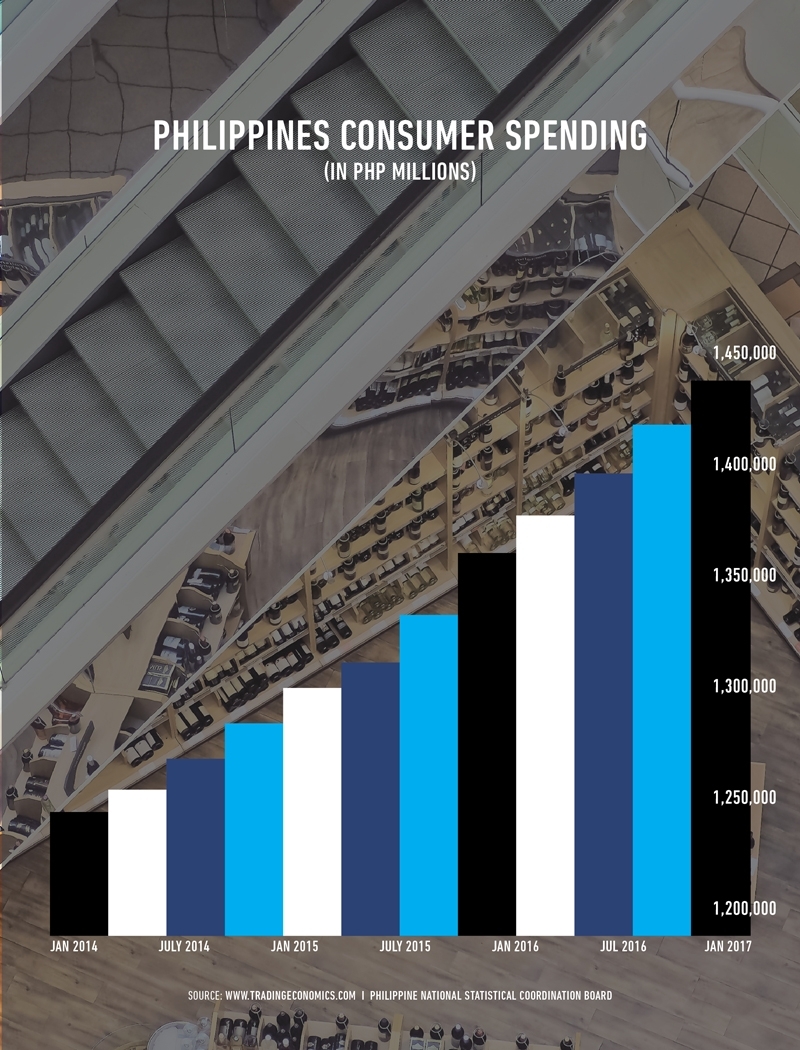 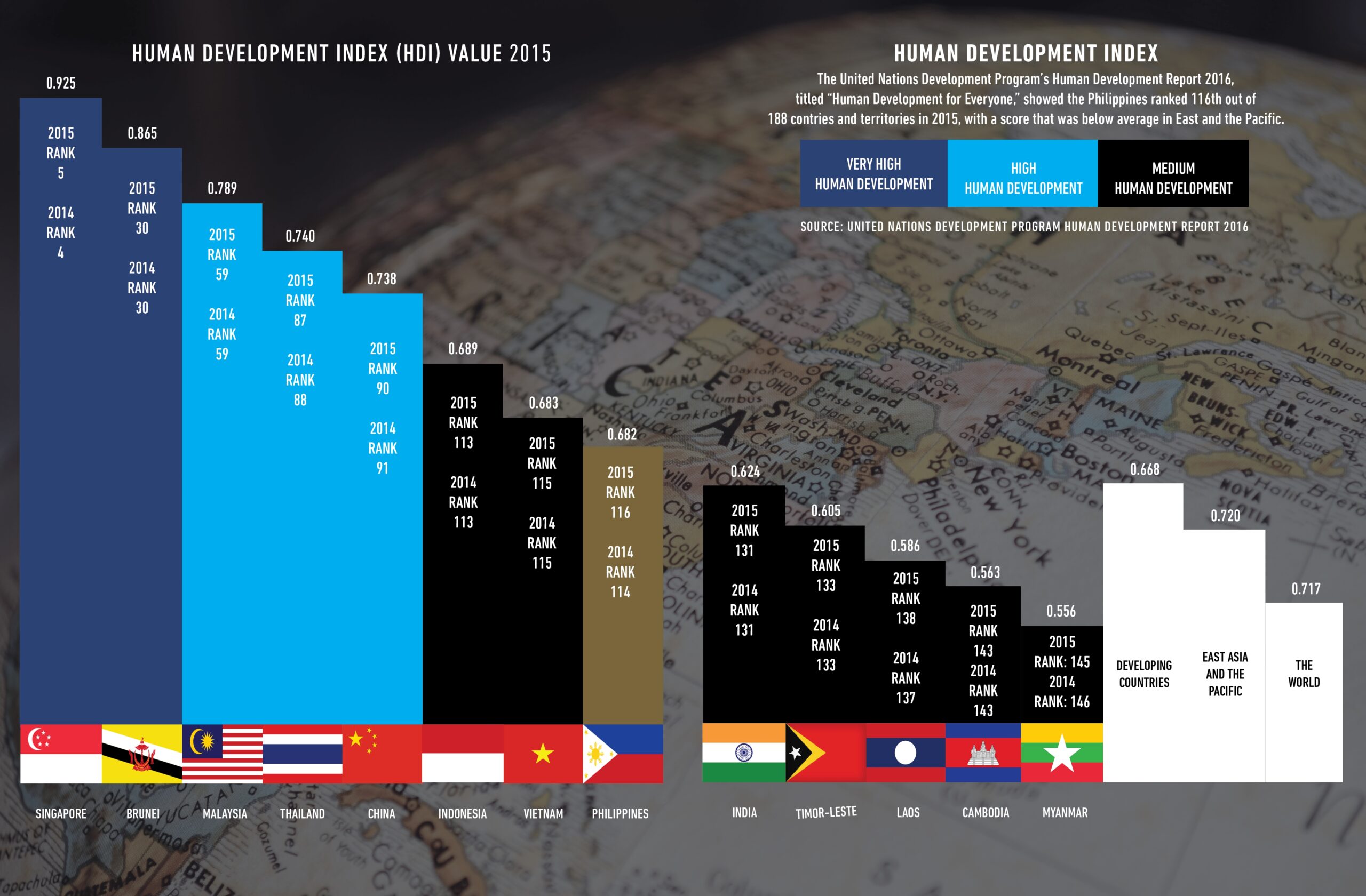 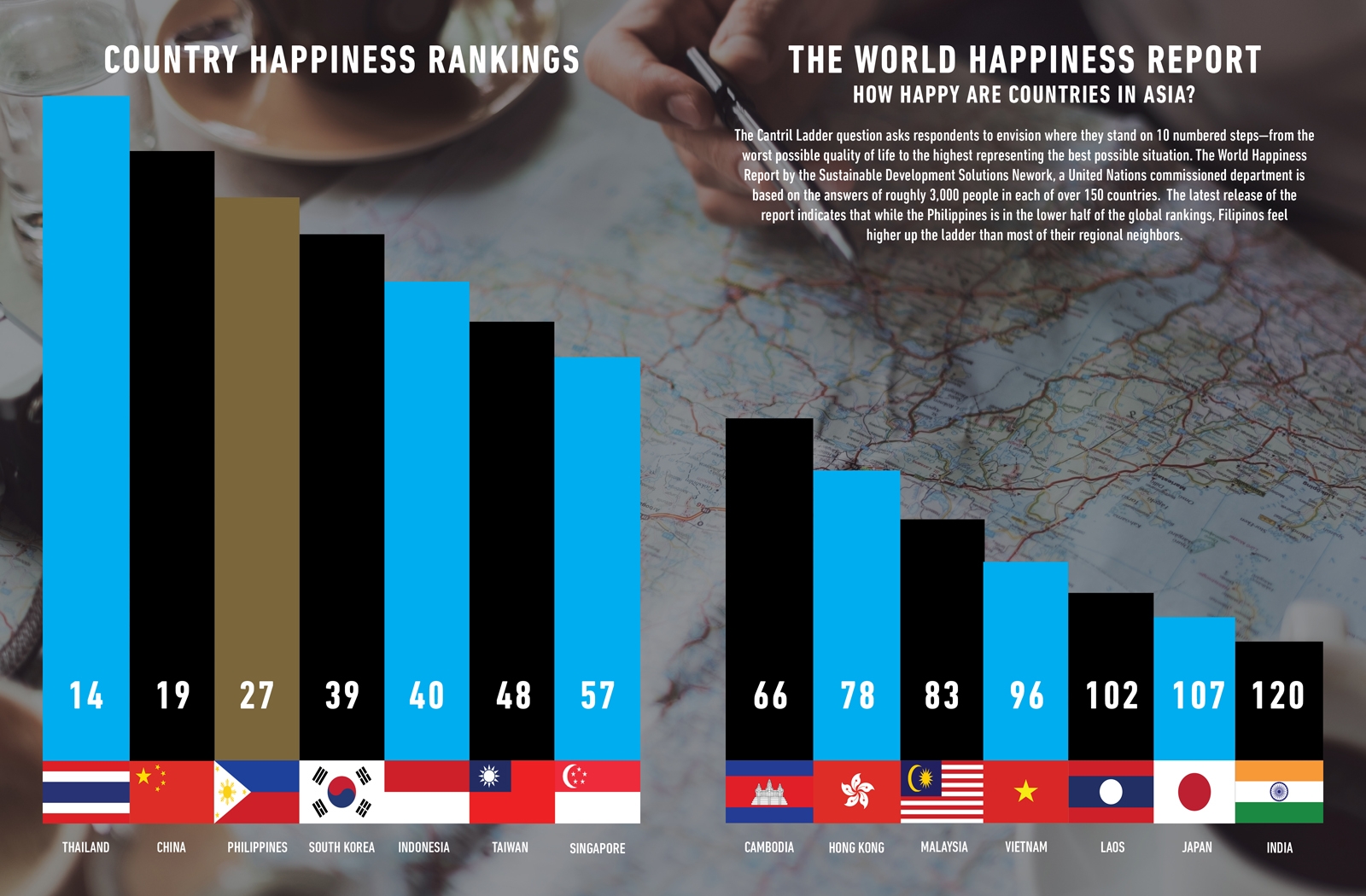 Modernity is not limited to a country’s proficiency in speaking English—although it does pose an advantage for the Philippines against its neighboring Asian countries—nor its echelon of commercial spaces and high-rise buildings. At its core, true modernization reflects a working balance among every aspect of change: from social mobility, adaptive culture change, merit-base success among its work force, and knowledge-intensive productivity using today’s ever-changing technology. It is an inevitable force that pushes a country to vie for a dominant position in the global economic ladder. And with the Philippines being one of the rising fulcrums of business startups and BPOs (Business Process Outsourcing), it faces a challenge of equity and consistency; as urbanization, consumer spending, and cost of living soar, the rest need to keep up with the tide.

Yours (Yes! You, millennial) and your parents’ Philippines
It is both proud and curious to know that the Philippines houses three out of the ten largest shopping malls on earth. Despite being one of the poorest in Asia, the country, from an outside perspective, reflects a rich foliage of business spaces, a mirage of modern landscapes, and a pandemonium of modern day rush—among other things. The urban landscape now is a far cry from a handful of isolated, rather specialty stores that once pioneered the “Western” influence some decades ago. The choices back then were either specific or limited, if not completely scant, which in many ways pose a certain degree of caliber and integrity—not that the case, currently, is otherwise, but one can argue that merchandise/services before the “global commercialization” were more, in a better sense, enduring.

Prior to the emergence of shopping malls, ubiquitously peeking out of every street corner, everywhere, the so-called Filipino lifestyle was adequate. Adequate in a sense that people live within one’s means and acquire only what is necessary resulting to a few spending outlets—or at least, as history states. Competition among local and international brands were subtly concentrated. Before SM (Shoe Mart) and Puregold, the biggest names dominating the consumer world were COD and Cherry Foodarama . It did not quite compete with the number of branches SM has now, but it did lead in local consumer spending. There weren’t as much foreign brands, which was a good indication of a high GDP (Gross Domestic Product) rate and that local brands were highly celebrated. In an economist’s point of view, the Philippines then was “manageable”: there were foreign investors, but there was local savings.

“There’s always a need for a new product,” shares Monique Recato, a Buyer of six years for a local supermarket chain. Sorting out dozens of ready-to-eat brands, she states that products need to keep up with the consumer’s changing lifestyle. After half a century of change, the on-the-go trend continues to pivot the market and food is not an exemption. Much like technology, there’s an increase in the demand for “portable” and “quick” food fix. From a home cooked packed lunch to an organic, high-fiber sub from a fancy deli, everything need to be fast, efficient, and trendy. But what do we make out of juxtaposing the then and the now? If anything, it shows that the word “change” is an understatement, as the latter stems from a cluster of things that make up a new whole, or sub-whole, or a completely different whole.

For the past decades, the country witnessed the rise and further rise of construction to supply the demand for business and residential spaces, and how supermarkets seem to be in the center of it all. Case in point: early this year, senators probe into the Department of Transportation’s 2.8 PHP Billion Metro Rail Transit (MRT)-Light Rail Transit (LRT) common station project (currently under TRO) and who will hold liability for the 200 PHP Million naming rights contract of SM Prime. Construction is expected to begin this December, while the target for commercial operations to begin in April 2019, but with its current “situation”, it may take longer than that.

Consumer spending, on the other hand, has averaged to 921746.54 PHP Million from 1998 until 2016 as global brands continue to infiltrate the local scene. As seen in the graph below (Philippine Consumer Spending), there was no evidence of fluctuation as the statistics continue to go up for the past eight years. Heads up to S&R, Landers, H&M, Pottery Barn, Uniqlo, and Zara.

–
Footnotes:
1 A popular department store in Cubao that sold both local and branded merchandise. First opened in Avenida in 1948 and opened a new branch in Cubao nine years after. The COD mall was the pioneer of Christmas On Display whose rights were recently bought by another group and is being showcased every year in Greenhills, San Juan.

2 Owned by the Ong family, Cherry Foodarama is considered as one of the pioneers in the retail industry. To date, after about six decades in business, SM’s SY Group has acquired three of the remaining Cherry Foodarama.

3 Figures sourced from the Philippine National Statistical Coordination and comparison taken from tradingeconomics.com.

4 A project of the DOTr and private companies to provide 3 essential components: 1. Area A were the platform and concourse for LRT1 and MRT3 are located 2. Area B where two concourses connecting Areas A and C are located. 3. Area C where the platform for MRT7 is located. 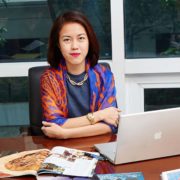 Mary May Portez was born and raised in Manila. She graduated from Miriam College with a Bachelor's Degree in Communication Arts and has been working in the media industry ever since. A former Managing Editor of Balikbayan magazine, she now act as its Independent Editorial Consultant. She currently resides in Perth, pursuing her Masters Degree at UWA.

Privileges for Senior Citizens & Retirees in the Philippines

Discovery of new species proves PH is haven for biodiversity

Clark authorities to transform Parade Grounds to a multi-sports area