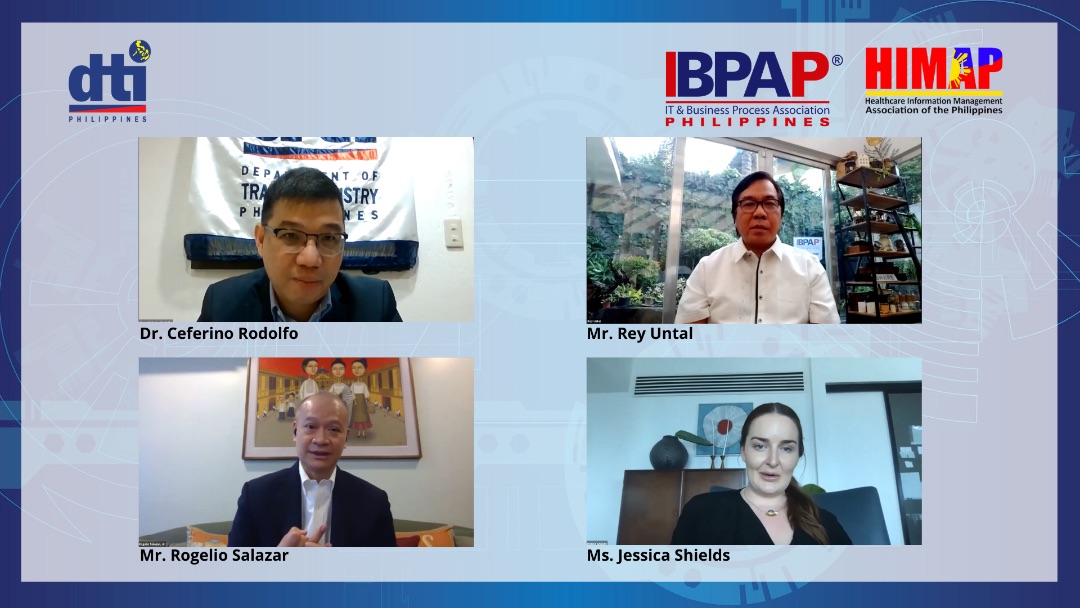 Manila, Philippines — DTI Undersecretary and Board of Investments (BOI) Managing Head, Dr. Ceferino Rodolfo, and key officials of the Philippine IT and Business Process Management (IT-BPM) industry reached out Wednesday, 01 July 2020, to stakeholders in the Americas region, highlighting projected growth and expanded opportunities, and citing the industry’s resilience during the COVID-19 pandemic.

During the webinar organized by the Philippine Trade and Investment Centers in Washington DC, New York, San Francisco, Los Angeles, Toronto and Mexico City, jointly with the Manila-based Foreign Trade Service Corps, the Export Marketing Bureau and the Board of Investments, Undersecretary Rodolfo and the private sector representatives tackled how the Philippine IT-BPM industry, capably continued supporting the IT-enabled back-office requirements of overseas businesses in North America. During the imposition of the Enhanced Community Quarantine (ECQ) in the country, the IT-BPM sector provided virtually uninterrupted support to global clients, especially those in the healthcare sector, which operated at a 90% capacity.

Undersecretary Rodolfo credited the Philippines’ solid economic fundamentals for cushioning the impact of the pandemic on the country’s recovery efforts. He shared that the Philippines recorded strong pre-Covid economic growth performance averaging at 6.6 percent and posted a relatively low average inflation rate of 3 percent from 2016 to 2019, and a strong fiscal position with a highest revenue-to-GDP ratio revenue (16.1 percent) and lowest debt-to-GDP ratio of (39.6 percent) since 1997 for 2019. The prospects for Philippine growth show a sharp V-shaped recovery by 2021, with a growth range of 7.1 to 8.1 percent and expanded opportunities for the IT-BPM sector. 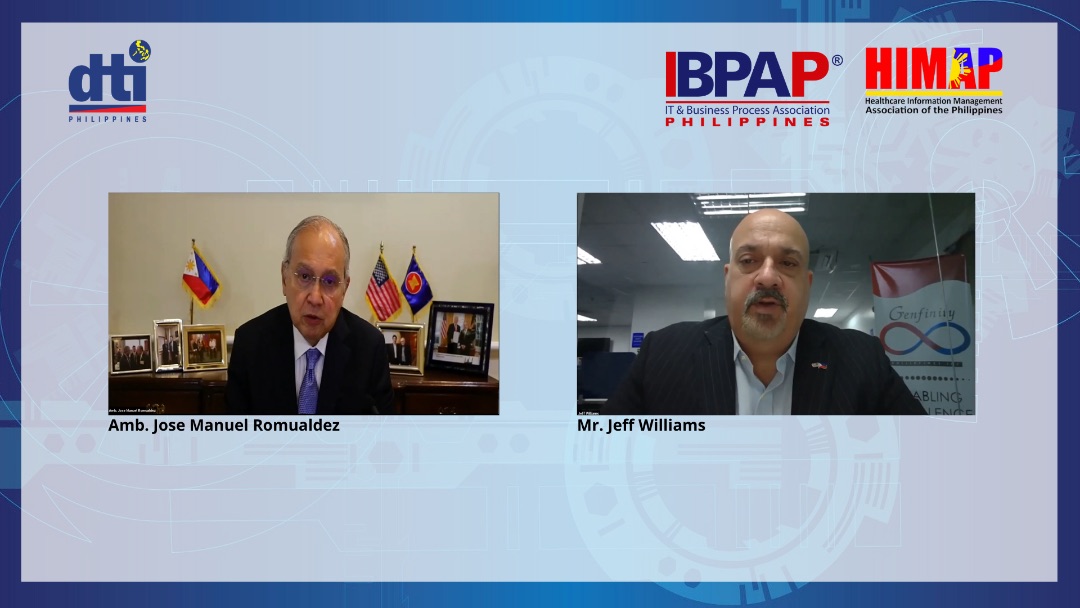 IT & Business Process Association of the Philippines (IBPAP) President and CEO Rey Untal highlighted that 2019 was a strong year for the IT-BPM industry, growing by 5.8 percent in Full-time Equivalent (FTE) headcount and 7.1 percent in revenues, despite the challenges brought about by geo-political developments and disruptive technologies such as Artificial Intelligence/Intelligent Automation.

“Growth in 2019 was driven, in part, by incumbent third-party operators that continued to expand. We saw a bit of expansion in healthcare,” he added. “Likewise, we saw a number of multinational global in-house centers (GICs) investing and/or expanding in the Philippines. Lastly, if we look at the creative sectors, specifically animation and gaming, they’ve had their fair share of growth as well.”

Mr. Untal credited the government, including the DTI, BOI, and Philippine Economic Zone Authority (PEZA), for including the BPO sector as among those recognized by the government’s COVID-19 Inter-Agency Task Force as essential businesses that were allowed exemptions during the ECQ period. “That allowed us to operationalize two work streams: the on-site skeletal model, as well as the work-from-home capability,” he said.

Mr. Salazar also said that the HIMS (health information management services) segment of the IT-BPM industry is expected to post the highest revenue and FTE headcount growth range for 2019 to 2022, showing its strength as a high-value contributor to the national economy. “Over the next few years, we foresee the HIMS sector in the Philippines continuing to grow at a much faster rate than the IT-BPM industry as a whole. That growth will primarily be led not only by third-party players but also more GICs looking at the Philippines for redundancy, scalability and adaptability in their operations,” he added.

Jessica Shields, head of International Business Operations of Dexcom Philippines, Inc., cited talent availability, labor arbitrage, and cultural fit as factors in Dexcoms’s decision to establish operations in the Philippines. She also highlighted the strategic partnership between industry and the government, enabling the sector to thrive even during the pandemic. Dexcom, headquartered in Silicon Valley, California, invested in GIC operations in Taguig in January 2019, and is one of the world leaders in diabetes care technology.

Ninety-five participants from North America and other parts of the world attended the webinar, while the Facebook Live video garnered almost 5,000 views as of this writing.