On behalf of the Filipino-American community in Southern California, Philippine Consul General to Los Angeles Adelio Angelito S. Cruz conveyed his sincerest appreciation to local government officials who have joined in the celebration and recognized the importance of the month of October as the Filipino-American History Month (FAHM) on 28 October 2020.

Mayor Robert Garcia of the City of Long Beach issued a proclamation on 01 October 2020 honoring the celebration of FAHM in Long Beach. The Proclamation was issued to recognize the month of October as a time to promote and reflect on Philippine history and culture, as well as to provide the American people an opportunity to learn about and appreciate the contributions of Filipino-Americans in mainstream American society.

In Los Angeles, Mayor Eric Garcetti greeted the Filipino-American community on the occasion of FAHM, via a video message posted on his official Facebook page on 08 October 2020. Mayor Garcetti expressed his appreciation and gratitude for the remarkable contributions of the Fil-Am community, especially the countless Fil-Am health workers who are at the frontlines of combating the COVID-19.

Mayor Albert Robles and the Councilmembers of the City of Carson presented a proclamation recognizing the month of October as the FAHM during the virtual City Council Meeting held on 20 October 2020. The presentation was broadcast live on the City’s official website. 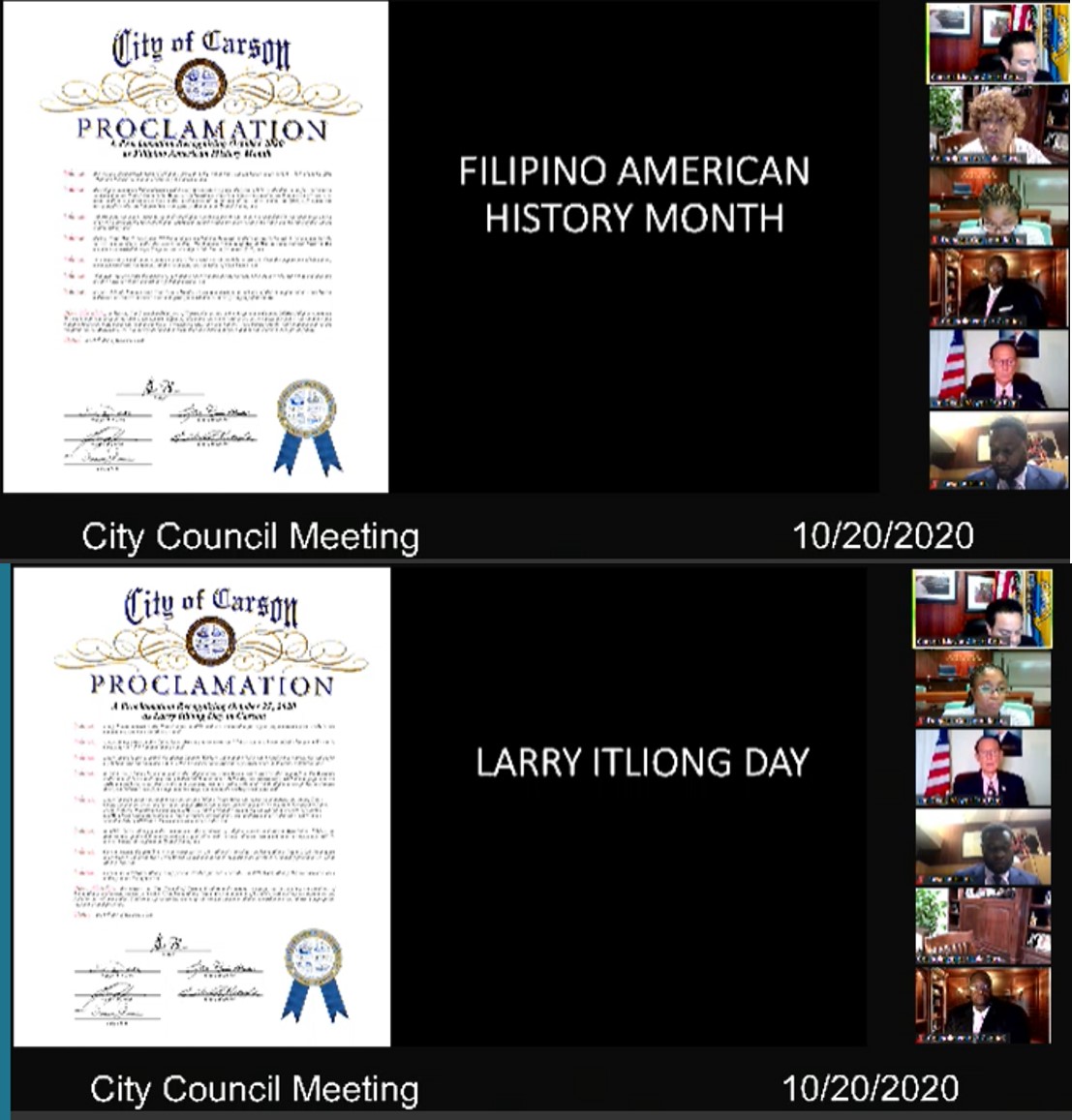 Said proclamation, which was read by Mayor Robles, acknowledged the immeasurable contributions of the Fil-Am community to the development of the political, economic and socio-cultural life of mainstream American society.

Mayor Robles and the councilmembers also presented a proclamation declaring 25 October 2020 as the “Larry Itliong Day” to honor the life and legacy of Filipino farmworker and labor rights leader, Larry D. Itliong.

The United States celebrates October as the Filipino-American History Month, marking the first historically-documented arrival of Filipinos in the North American continent in October 1587. The California State Assembly passed a resolution on 09 September 2009 adopting the annual celebration of FAHM every October.