An archipelago rich and brimming in biodiversity, culture, heritage, and history, the Philippines is indeed a place where amazing tourist destinations are around every corner.

For Wanda Teo, the newly appointed Tourism secretary, it was very difficult to endorse the Philippines 20 years ago. For instance, Mindanao is a very alluring place and yet before, she would sometimes hear people say ‘Oh not in Davao’ nor other places in Mindanao after hearing stories of terrorism. There was even a time when she traveled abroad and people would ask her: where is the Philippines?

“I would get a map and say ‘This is the Philippines’ and I would show them. ‘Where is Davao?’ and I would tell them ‘From Manila you have to fly to Davao’,” she expressed with laughter.

Prior to being appointed as the new Tourism Secretary, for many years, Teo was the President of the National Association of Independent Travel Agencies—the largest travel association in the country in addition to operating her own successful travel business, Mt. Apo Travel & Tours. She would often go out in the country, join sales missions and travel fares to promote the Philippines as a destination—making her an expert in the tourism industry. 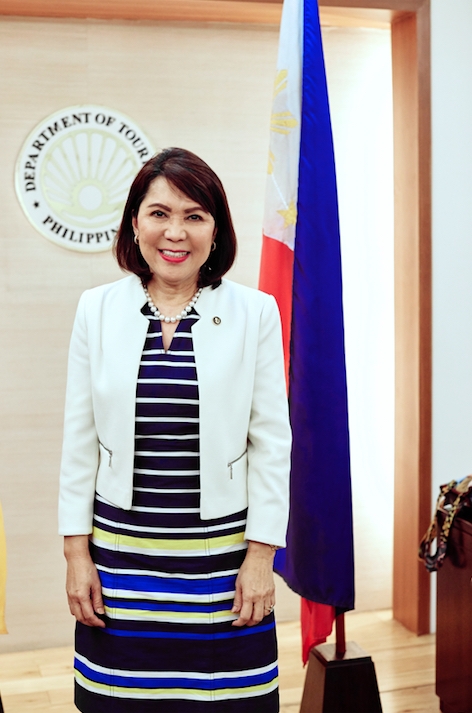 WORKING WITH PRESIDENT DUTERTE
Having been based in Davao, Secretary Teo has known President Duterte for more than 20 years and he saw firsthand her determination and drive to promote travel to and within the Philippines. “And that was the time when the president saw I was really doing my best selling the destinations in the Philippines. That is where I started to see him. I would invite him whenever we had travel fares, we have this gathering, I would invite him and he saw that. That’s the reason he selected me as the Secretary of Tourism.”

Right now, Teo is very proud to say that there’s been lot of transformation in the Philippines and more are to be expected during President Rodrigo Duterte’s administration. As President Duterte continues to rid the ills that have plagued the country for so many years, these efforts should further grow tourist arrivals especially since safety is on the minds of the billions of global tourists that travel each and every year.

“I would say if they would come to the Philippines, they would be safe here because you could say that the president is doing well in the first few-—actually it’s less than a month. He’s doing well. His ratings went up and people change. And in fact we were told by the president to really make an impact with the lives of the people-—that we should be the example. No corruption.”

To fulfill their duties, Teo and her department would like to focus on improving and building infrastructures such as airports, roads, and bridges that connect to underdeveloped destinations throughout the country as well as promoting hidden, untapped destinations. Another main agenda of the department is to sell destinations to both the local and foreign market.

“President Duterte has been saying ‘Change has to come’ so we expect more tourists to come. Especially the Balikbayans, we would like them to come to the Philippines and to see how the Philippines really is now,” she said.

Last July 28, 2016, Secretary Teo made an announcement that the grand Miss Universe Beauty Pageant will be held in the Philippines on January 30, 2017, making it a strategic opportunity to promote tourism in the Philippines.

And now as the new Tourism secretary, Teo would like to personally invite everyone to come and visit the Philippines, especially the Balikbayans and the second and third generation of Filipinos who have never been to the country because she fully understands and appreciates the importance of the Global Filipino market is for driving and igniting tourism in the Philippines. Afterall, if Filipinos aren’t enthusiastic to visit their own homeland, how can they expect foreigners to come?

“It’s different if you come back and see for yourself that this is where I came from, this is where you come from. We have lots of beautiful places to see in the Philippines. So I would like you to come.”
–
Photographed by Noel Ty 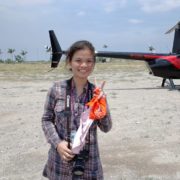 Capitol Commons: Ortigas & Co.’s re-imagination of what lifestyle destinations should be