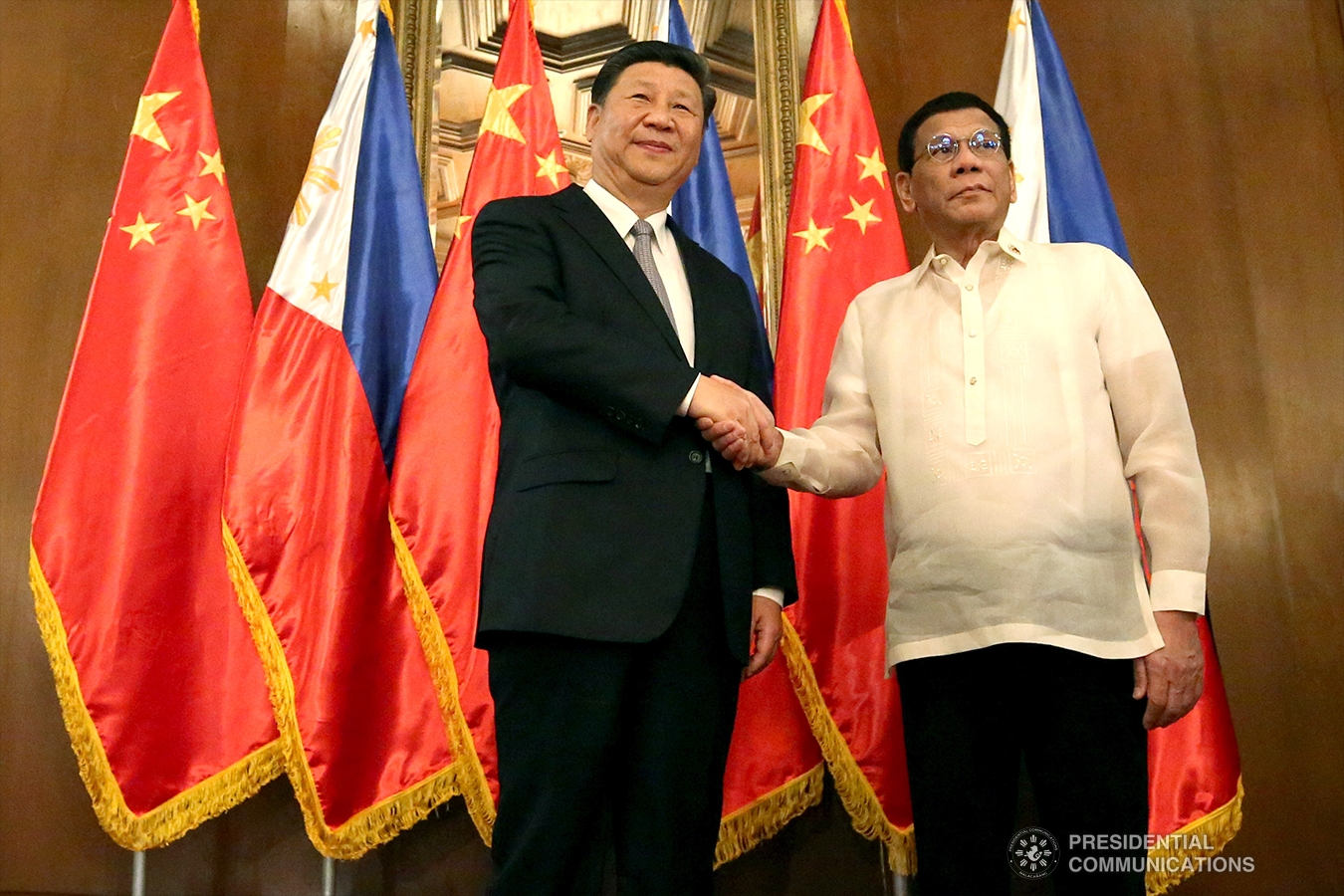 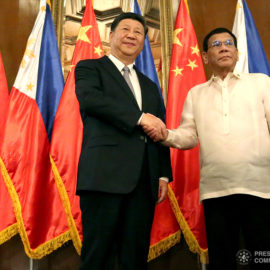 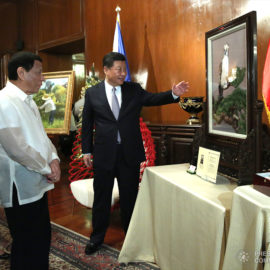 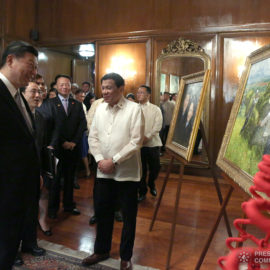 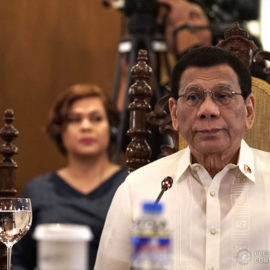 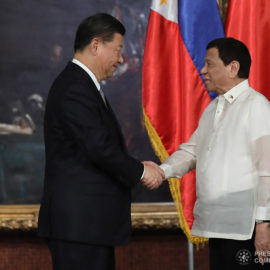 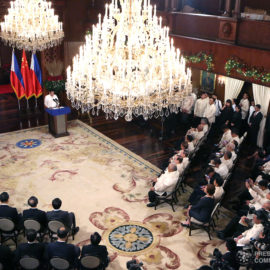 President Rodrigo Roa Duterte and President Xi Jinping of People's Republic of China pose for a photo prior to their expanded bilateral meeting at the Malacañan Palace on November 20, 2018. RICHARD MADELO/PRESIDENTIAL PHOTO 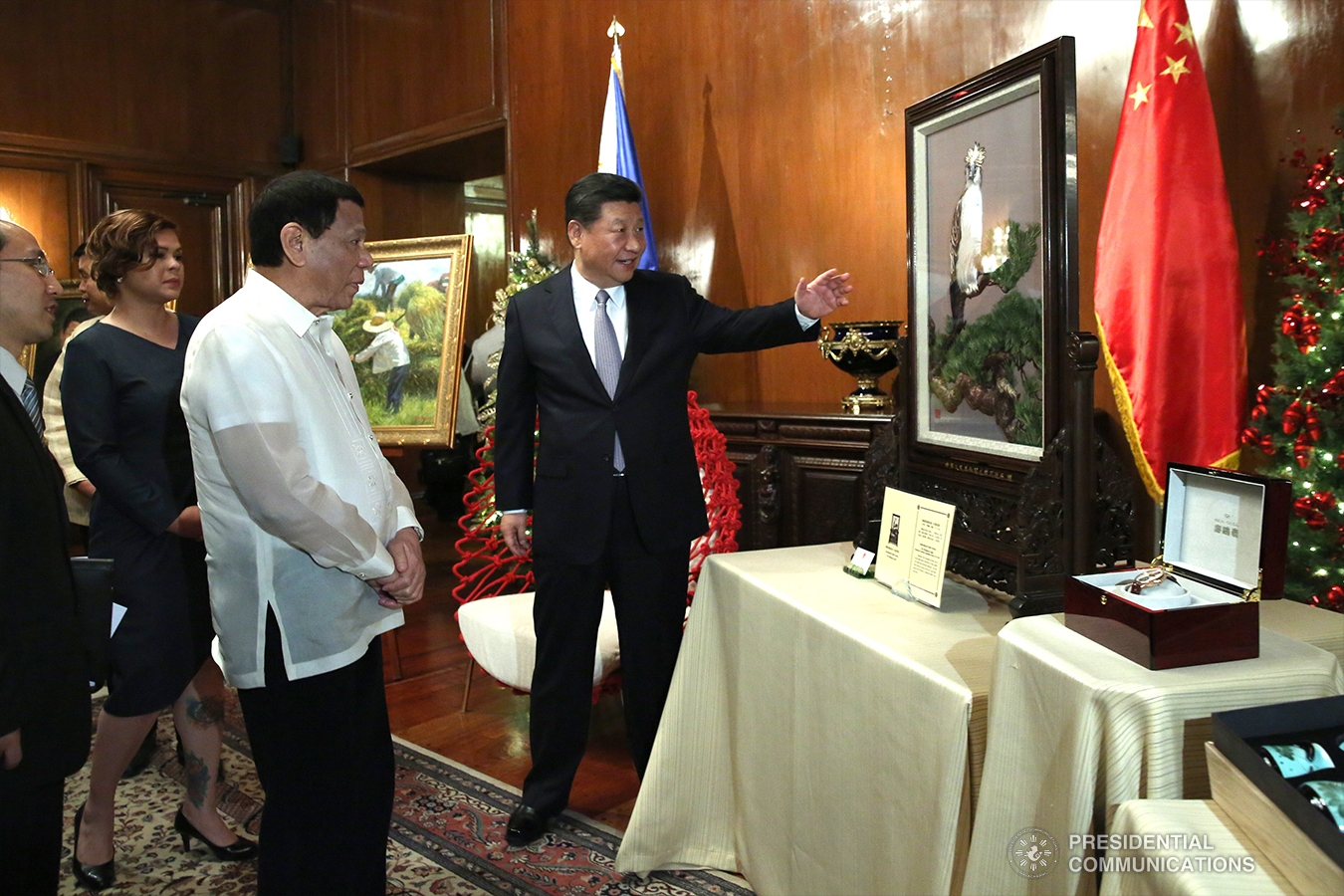 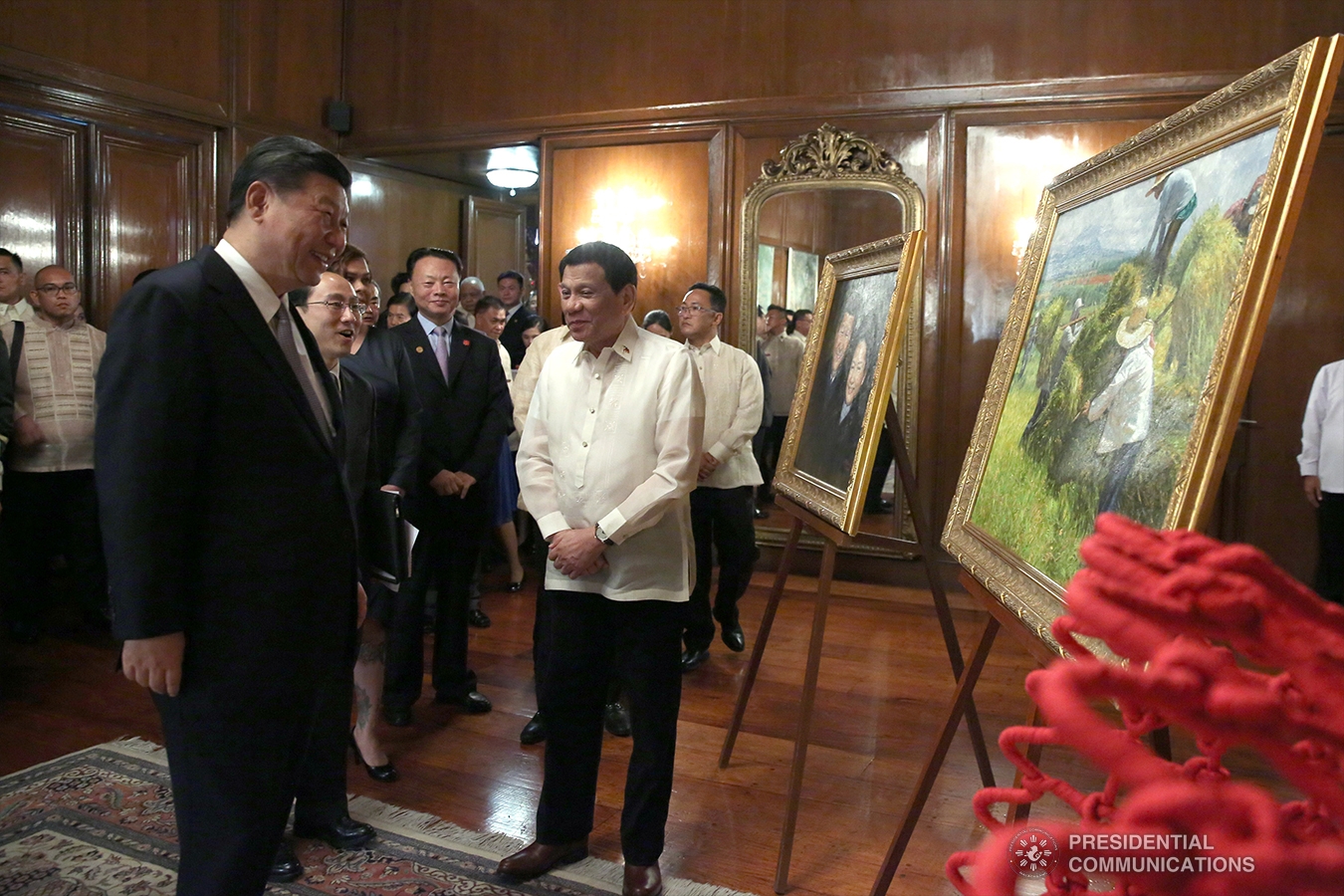 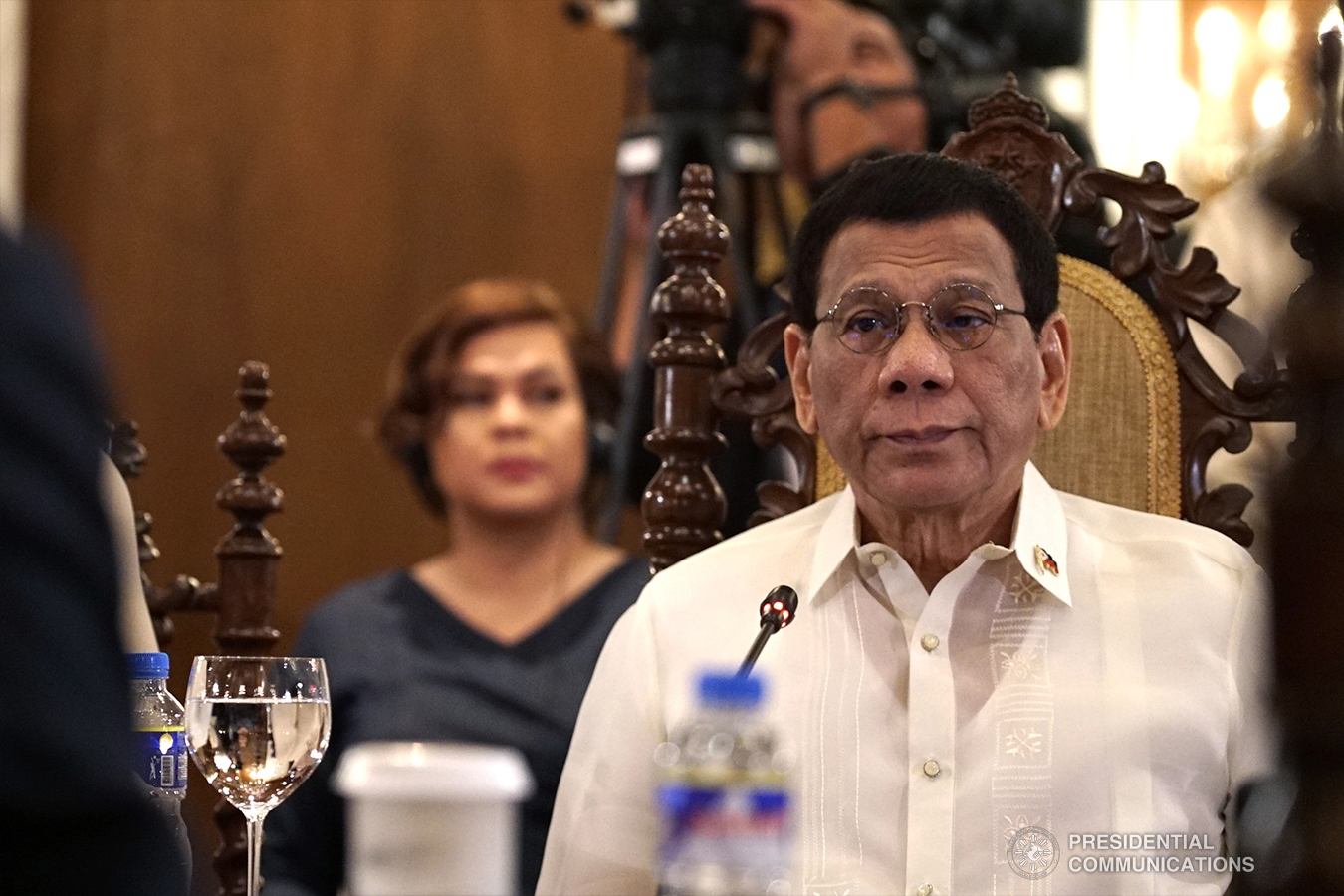 President Rodrigo Roa Duterte listens to the discussions during the expanded bilateral meeting with President Xi Jinping of People's Republic of China and other Chinese officials at the Malacañan Palace on November 20, 2018. KING RODRIGUEZ/PRESIDENTIAL PHOTO 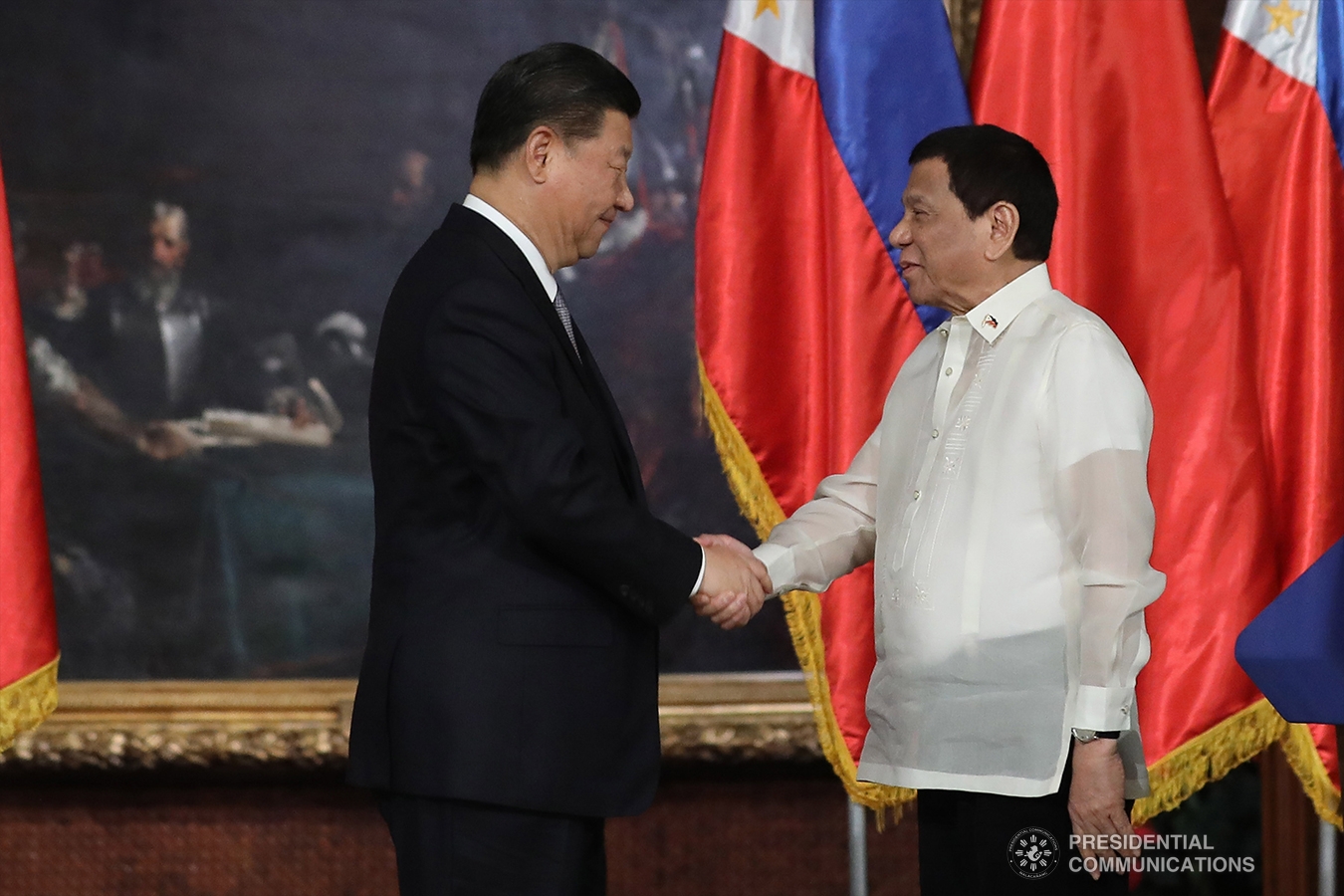 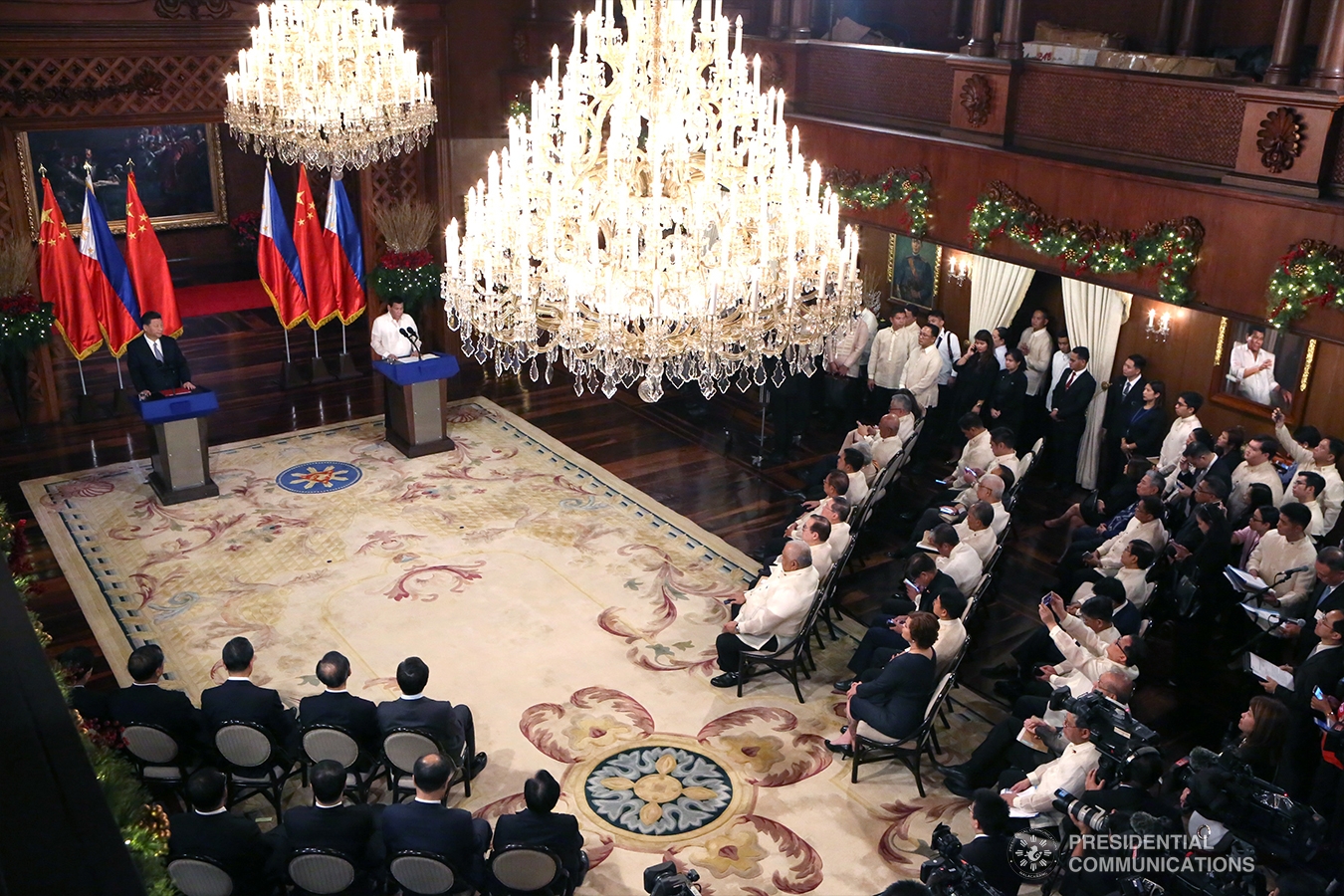 MALACAÑANG — President Rodrigo Roa Duterte on Tuesday night, November 20, said that he and Chinese President Xi Jinping are committed to forging a new legacy of friendship and cooperation while working together to further consolidate the close ties between the Philippines and the People’s Republic of China.

The Chief Executive noted that the Philippines-China friendship is bound by centuries of trade and interaction, overcoming challenges through bilateral dialogues and positive engagements.

“I stand here optimistic that we will sustain the momentum in moving our relationship even further, and that the friendship between our countries will continue to flourish in the years to come,” President Duterte said at Rizal Hall during the state banquet he hosted for President Xi.

“I am hopeful that through our cooperation, opportunities for greater collaboration will further promote the prosperity and success of our nations, and contribute to lasting peace and stability in the region,” he added.

President Duterte also quoted a Chinese proverb “One generation plants the tree, another gets the shade” in depicting the efforts both governments are exerting in order to advance the Philippines-China’s friendship and cooperation for the future generation.

On the other hand, Chinese President Xi Jinping reciprocated President Duterte’s desire to enhance the bilateral ties between the neighboring countries.

“Some of you may not know that his [Dr. Jose Rizal] ancestry could be traced back to Jinjiang City in China’s Fujian Province where there is also a monument dedicated to him and where his heroism is widely known. Jose Rizal is not only the father of this nation but also a symbol of fraternal relations between the Philippines and China,” President Xi said.

“Indeed, our fraternity goes back over a thousand years. I’m talking about the splendid Maritime Silk Road that linked our two nations. Chinese merchants sailing to your shores and trading Chinese silk, porcelain, and tea for your pearls and sea products. History has shown that ours has always been a relationship between equals, a relationship between two good neighbors,” he continued.

The Chinese leader also noted that since President Duterte took office, both of them worked together to place the Philippines-China relations in the right trajectory.

He then lauded President Duterte for his commitment to promote an “independent Philippines.”

“Earlier today, the President and I agreed to elevate our relationship to one of comprehensive strategic cooperation. This decision, which will mark a new milestone in our relations, speaks to our shared determination to be good friends and good neighbors. We are truly pleased with this decision,” Xi said.

“Let us unite as one and create a better tomorrow for both of our countries,” he added.

PH Represented in Global Forum of Young Diplomats in Russia