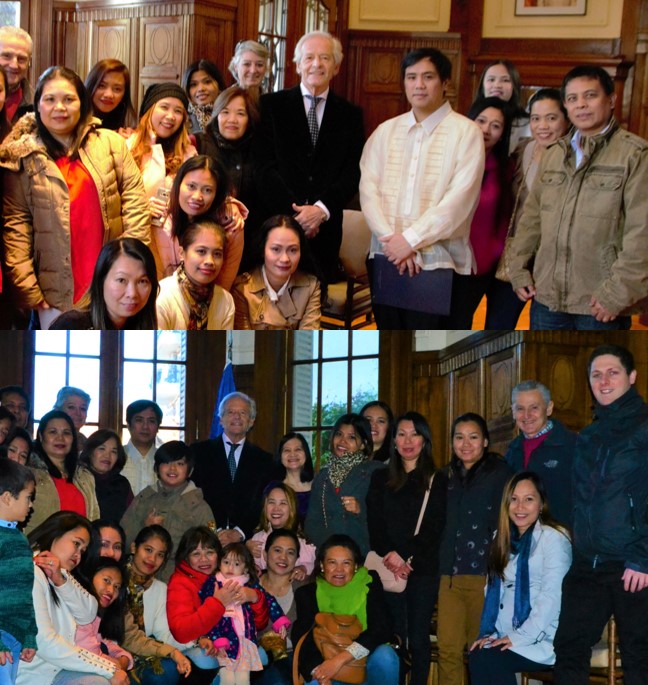 BUENOS AIRES 28 June 2018 – The Philippine Embassy in Buenos Aires, Argentina celebrated the 120th anniversary of the proclamation of Philippine independence with a solemn flag-raising ceremony at the Embassy grounds on 24 June 2018.

Officials of the Embassy were joined by members of the Filipino community and the new Argentine Ambassador to the Philippines Jose Nestor Ureta, who all extended their warm felicitations.

Chargé d’affaires, a.i. Lolita B. Capco, in her remarks, highlighted the contributions of Philippine foreign policy of friendship and international cooperation to the national development, and reminded everyone of Filipino heroes’ quest for a free and democratic Philippines.

The Embassy remains faithful in continuing the Kalayaan celebration tradition as an occasion of pride and honor to the Filipino Community, who bring their foreign spouse and friends to share the unique Filipino way of honouring Philippine Independence Day.

Vice Consul Miguel Carlo Hornilla then led the Filipinos in renewing their oath of fidelity to the Philippines, which was followed by a lunch catered by Chef Christina Sunae of Sunae Asian Cantina, the authority on Filipino and Southeast Asian food in Buenos Aires.