With the new year now in full swing and optimism at an all-time high in the Philippines, the 2017 National Budget is now in place as the government and its agencies are all set to take the country to its journey towards real change.

The 2017 National Budget, also called the People’s Budget—was created in conjunction with the Duterte Administration’s 10-Point Socioeconomic Agenda. The annual budget is highly focused on generating strong, sustained, and inclusive economic growth. Development will not be focused on the stable, wealthy regions, cities, and select wealth elite alone, but rather will strive to fully embrace lagging regions, poor towns, and the poor majority.

The predominant forces that continues to restrict economic growth nationwide are poor infrastructure, the high cost of doing business due to inadequate governance, and the uncompetitive and inefficient tax system. As such, the Duterte administrations will look to address these limitations aggressively and with fervor.

However, in order to make growth significantly inclusive and transcendent, it will aspire to create as many life changing jobs as possible. The government plans to fully invest in the country’s most significant asset—its people, especially the growing rise of today’s youth in order to ensure that they become an agile, competent, and healthy workforce in the near and extended future.

The 2017 National Budget was strategically crafted in order to make the Philippines not only an attractive economy for both domestic and foreign investors, but more importantly, a serious economy that provides higher incomes, solid jobs, and creates a higher standard of living for all Filipinos.

The DPWH is set to spend Php 216.9 billion on road network services, allowing for the construction, maintenance, and rehabilitation of national roads in order to procure the  traffic congestion which hopes to drastically improve and spark commerce.  An additional 3,102 kilometers of national roads and 26,786 kilometers of bridges will better connect markets and link lagging regions with the leading regions. The Mindanao Logistics Infrastructure Network (MLIN), which is allocated with Php 31.5 billion for 2017, is a testament to this action.

The DOTr will utilize its allocation to finance various transport initiatives. The Light Rail Transit Authority (LRTA) projects are given Php 6.8 billion for the LRT lines 1 and 2 extension projects. In combined total, railway systems are allocated Php 16.3 billion. Airports and navigation facilities will receive Php 6.8 billion. And the port systems will be given Php 1.4 billion.

Investing in the Country’s Future

One the top priorities of President Duterte’s Administration is to develop and empower the most important asset of the country, the Filipino people. As such, the Philippines will make enormous investments in education, health, and school welfare.

Forty percent of government expenditures will finance social services ranging from education, healthcare, and housing to social protection, land distribution, and employment. This means that more than Php 1.3 trillion will be spent on programs that will provide safety nets to Filipinos and equip them with the necessary tools to be productive members of society.

For 2017, the Department of Education (DepEd) will receive the highest budgetary allocation among all agencies with Php 543.2 billion. This amount will fund the government’s objectives of universal basic education for Filipinos. It will also raise the quality of learning received by Filipinos, especially with the full implementation of the K-12 Program. With increased demands on building up the basic education system, Php 55.1 billion is allotted for the creation and filling up of teaching and non-teaching positions.

State Universities and Colleges (SUCs) will receive Php 58.7 billion in order to allow deserving, but impoverished students access to tertiary education. This is on top of the Commission on Higher Education (CHED) allocation of Php 18.7 billion that will grant financial assistance, incentives and scholarships to qualified Filipinos. Technical Education and Skills Development Authority (TESDA)  will get Php 6.7 billion  in order to develop workforce competencies and promote technical-vocational education.

The government will invest heavily in basic health care. The DOH will be provided with Php 95.3 billion for robust access to safe and effective health care services. Indigent patients will be prioritized as Php 4.0 billion is set aside for financial assistance to poor beneficiaries. Php 18.0 billion is also earmarked for the purchase and allocation of drugs, medicines, and vaccines for distribution to government healthcare facilities, particularly provinces with high levels of poverty incidence rates.

In addition, the Philippine Health Insurance Corporation (PhilHealth) will receive Php 53.2 billion for social health insurance services, with the aim of 100 percent coverage to all Filipinos nationwide.

The Health Facilities Enhancement Program under the Department of Health is set to spend Php 12.7 billion on infrastructure programs involving barangay health stations, rural health units, public hospitals, drug rehabilitation and treatment facilities. On the other hand, the Department of Education will spend Php 118.8 billion on basic education facilities such as public school buildings, technical vocational laboratories, and sanitation units.

Social protection that empowers the poor and shields them from societal and economic shocks is provided with Php 128.1 billion through the DSWD. The Conditional Cash Transfer Program is allotted Php 78.2 billion to support poverty reduction efforts while increasing human capital investments for beneficiaries. This year, a monthly rice allowance has been added on top of the cash grants.

Next, Php 17.9 billion is allocated as social pension for indigent senior citizens, allowing them a monthly stipend of Php 500. KALAHI-CIDDS, an anti-poverty community-driven development program is given Php 10.2 billion. The Sustainable Livelihood Program is also given Php 9.1 billion to aid Filipinos in micro-enterprise development and employment facilitation.  Finally, the Supplemental Feeding Program is given Php 4.4 billion to nourish eligible day-care children.

The focus on human capital development will enable our young men and women to develop into an agile, productive, and competent workforce that will boost economic growth in the future.

_
The People’s Budget: Pro-Poor and Pro-Growth
The 2017 National Budget is anchored on economic inclusivity. It hopes to facilitate growth in the Philippines which is already one of the fastest growing emerging economies not just in Asia but throughout the World, and unlock the potential of key industries throughout the archipelago. Combined with policies that lower the cost of doing business, such as the tax reform package, and peace and order efforts to ensure safer communities, the 2017 Budget will spur development that will concretely translate to superior quality of life for all Filipinos. 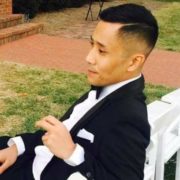 Born in Los Angeles, educated in San Francisco, in/out of New York and Manila—RJ is the Editor-in-Chief of Balikbayan Magazine in addition to serving as the Chief Business Development Officer of the Asian Journal Media Group.

Country Living in the South of the Metro