Hammered by natural disasters and the COVID-19 pandemic, the Philippine economy is projected to contract by 1.9 percent in 2020. But there are good chances that the country can bounce back in the next two years, according to the World Bank’s latest Philippines Economic Update, released today.

The eruption of Taal Volcano and, most importantly, the global outbreak of COVID-19 including the strict containment measures against the pandemic have led to severe disruptions in manufacturing, agriculture, tourism, construction, and trade, according to the report, titled Braving the New Normal.

Affecting millions of households nationwide as well as overseas Filipinos, the cumulative impact of these events on the economy has been broad-based, steep, and deep, halting investment activity, and leading to the lowest consumption growth in three decades. Private consumption growth fell to 0.2 percent in the first quarter of 2020 from 6.2 percent last year. The hotel and restaurant industry suffered the most, contracting by 15.4 percent.

The economic contraction in 2020 will likely cause an increase in poverty. Containment measures have cut off income streams from seasonal wage earners and those engaged in entrepreneurial activities in non-agricultural activities and low-end service jobs, which were the drivers of poverty reduction in recent years.

“During these difficult times, strengthening the capacity of the health care system to control the outbreak while protecting poor and vulnerable households remains an urgent task for the country,” said Achim Fock, World Bank Acting Country Director for Brunei, Malaysia, Philippines and Thailand. “Similarly, financial support to affected firms, especially small and medium enterprises, to prevent job losses and bankruptcy, can help ensure that the recent shocks do not cause permanent damage to the country’s productive capacity and human capital.”

According to a rapid survey conducted by the government, 77 percent of micro and small firms and 62 percent of medium-sized firms had to close due to the enhanced community quarantines. Those that remained open suffered a 66.5 percent drop in sales.

The growth forecast for 2020 assumes that the containment measures will gradually ease in the second half of the year, and economic activities return in some sectors of the economy. Given income losses and heightened uncertainty, household consumption and private investment are expected to remain weak.

However, economic growth prospects and poverty figures are expected to improve in succeeding years driven by a rebound in consumption, a stronger push in public investment, supportive fiscal and monetary policies, and the recovery of global growth. Economic growth is projected to return to above 6 percent in 2021 and 7 percent in 2022. Increased economic activity surrounding national elections will also boost growth in 2022.

The Philippines’ strong fundamentals, built over decades of structural reforms, has helped the economy to cope with the COVID-19 pandemic. The Philippines has abundant external reserves and the lowest public external debt in the East Asia and the Pacific Region. Also, the country has the highest reserve ratio in the region, indicating that monetary policy has plenty of room to inject liquidity into the economy and help boost growth.

Measures that restrict mobility, regulate physical contact, and limit business activity have forced more businesses and families to use the internet for transactions,” said Qian. “This change in consumer behavior and firm operations is expected to continue even after quarantines end. To take full advantage of this situation and help the economy in recovering from the losses it has suffered due to the lockdown, the country must ramp up its efforts to accelerate the digitalization of the economy.” 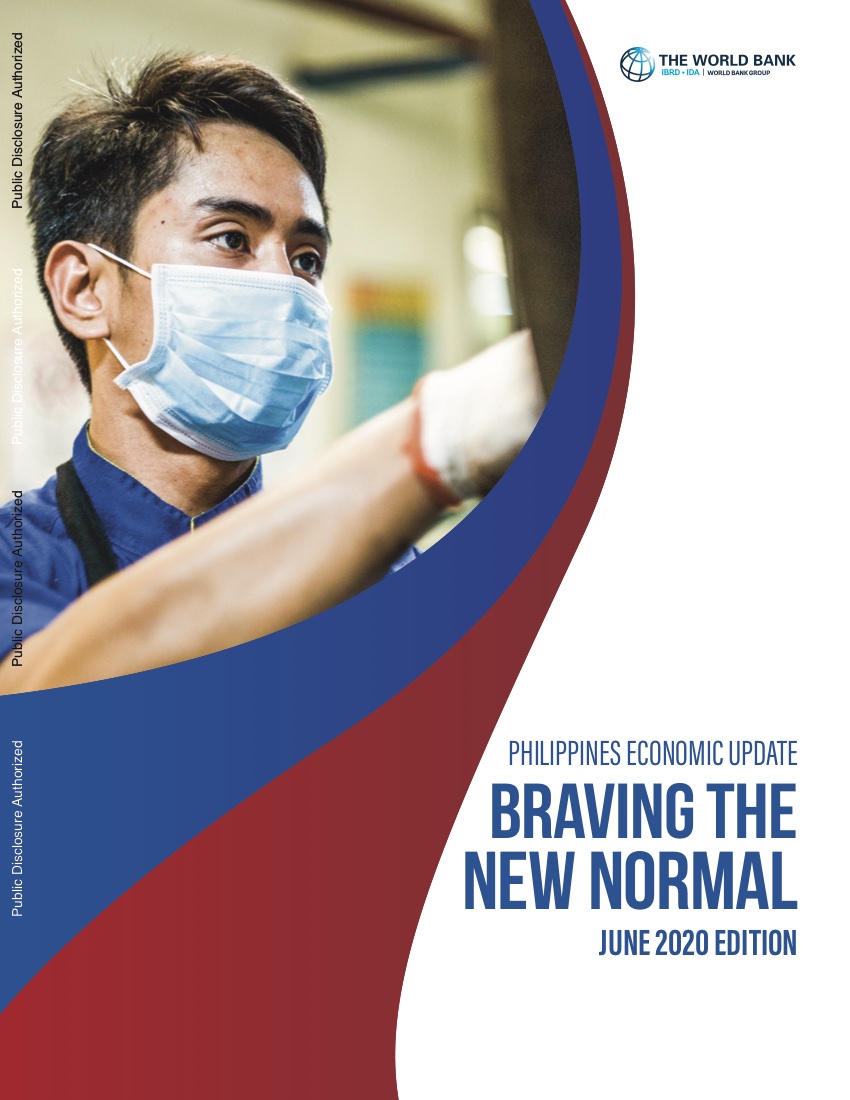