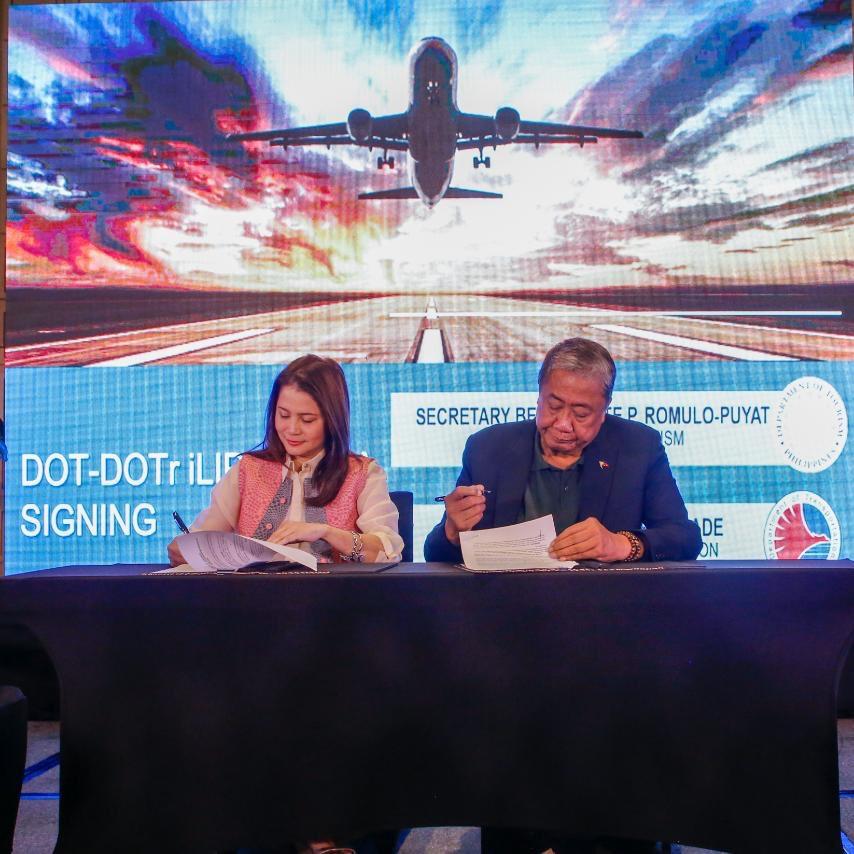 In her opening remarks, the tourism chief announced  that the  Tourism Infrastructure and Enterprise Zone Authority, or TIEZA, the implementing agency and infrastructure arm of the Department of Tourism (DOT), is currently working with the Department of Transportation (DOTr) on the possibility of funding several airports in the country to equip them with night-rating capabilities. “Funding amounting to Php 1 billion is set for approval by the TIEZA Board in their next board meeting. We must make sure that it’s not only more fun in the Philippines, but much safer too.”

In his remarks, DOTr Secretary Tugade expressed his full support and commitment to work with the DOT.

“I would like to thank the Department of Tourism. This gesture is very encouraging, because believe it or not, the capacity of all commercially-operating airports in the Philippines has and have to be night-rated in order that they make sense and the efficiency desired can be achieved,” stressed Secretary Tugade.

Meanwhile, Puyat added that, “Tourism and Connectivity will be closely linked in the next two decades, in the same way the Convergence Approach today enables mutually beneficial cooperation between the DOT with different agencies and the private sector.  It is the sort of cooperation that will help ensure the success of one of our latest projects, the DOT’s Transforming Communities Towards Resilient, Inclusive, and Sustainable Tourism (TouRIST) Program”.

Sec. Puyat noted that the convergence program leverages on the existing convergence between DOT and the Department of Public Works and Highways (DPWH) for tourism roads, DPWH-DOTr for access roads to airports and partnerships with other agencies and the private sector. The convergence program is an implementation of Section 34 of RA9593 or the Tourism Act of 2009 and the National Tourism Development Program for 2016-2022.

She also cited the near completion of a new terminal at the Clark International Airport, just 30 minutes away from New Clark, Tarlac, the main site of the country’s triumphant hosting of the recent 30th Southeast Asian Games (SEAG).

Under strict protocols, domestic tourism in the Philippines to be re-opened

World-renowned “Filipino brand of service” provided by the Department of Tourism—assisting over 35,000 tourists amidst COVID-19 pandemic