Now on its 17th year, the Philippine Building and Construction Expo Cebu or simply PHILBEX Cebu is back with a daring vision to usher in “A World Built Bolder” with another trailblazing trade show presentation. To officially open its doors, a grand opening ceremony was held last September 12 at the venue lobby. Present during the momentous affair were Vice Mayor Michael Rama and BM Glenn Anthony Soco, who represented Governor Gwendolyn F. Garcia along with Worldbex Services International’s Founding Chairman, Mr. Joseph Ang and Managing Director, Ms. Jill Aithnie Ang.

Recognizing the plight of the Visayan construction industry to sustain its foothold as a formidable economic powerhouse, PHILBEX 2019 is committed to serve as a platform where industry professionals can uncover new and unprecedented B2B opportunities, establish meaningful networks, and gain relevant industry knowledge. Meanwhile, its extensive and diverse product presentations and exciting pocket events are expected to offer construction and design enthusiasts with a truly fun and compelling trade show experience.

Nearly two decades since its debut, PHILBEX Cebu remains at the top of its game as the region’s most premiere construction and design expo. A testament to this is its consistent ability to fill the sprawling exhibition space of the SM City Cebu Trade Hall with no less than the most impressive construction and design products and services from top regional and international players alike. To be exact, over 70 local and international exhibitors alongside various associations and government partners collectively make up the 120 booths that are presenting at this year’s show. 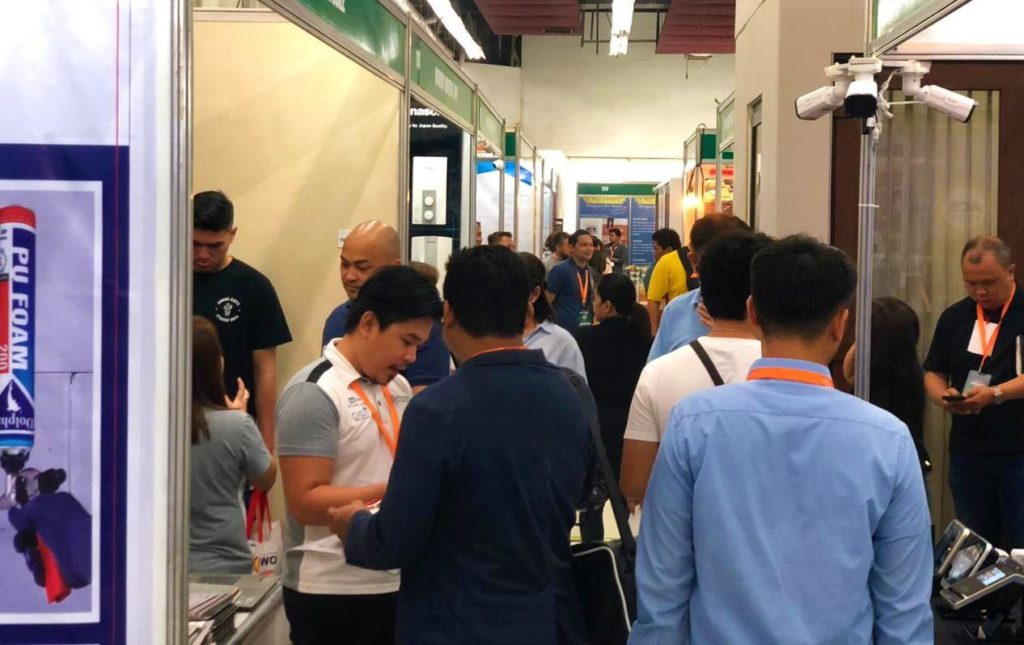 Moving beyond the conventions of a typical trade show, PHILBEX Cebu is also known for actively supporting innovative industry players who are elevating and redefining our spaces through their artistic visions. True enough, PHILBEX Cebu once again invites show attendees to take a peek into the future of construction and design with the Architects Gallery and the Interior Designers Gallery. Also making a comeback at this year’s show is the City of Tomorrow scale model exhibit.

Apart from offering an extensive product selection alongside interesting focal points, another thing that sets PHILBEX Cebu apart from its contemporaries is its sheer dedication to offer accessible knowledge spaces as well as venues where eager young talents may showcase their skills. As it returns with this year’s edition of PHILBEX MiniCons and the Projéto Design Competition, PHILBEX Cebu is looking forward to the gains and achievements that will emerge out of these endeavors.

With its unparalleled commitment to excellence and development, PHILBEX Cebu has solidified its role as an instrumental force that is undoubtedly leading the Visayan construction and design industry to greater heights.

Organized by Worldbex Services International, the 17th Philippine Building and Construction Exposition or PHILBEX Cebu 2019 is ongoing until September 15 from 10am to 8pm at the SM City Cebu Trade Hall. Admission is free. For more information, call (02) 656-92-39, email inquire@worldbexevents.com, or follow @worldbex on Facebook and Instagram.

Be Ready To Get Wired This weekend

Under MGCQ, meetings, conventions, and exhibitions to be allowed at 50% capacity