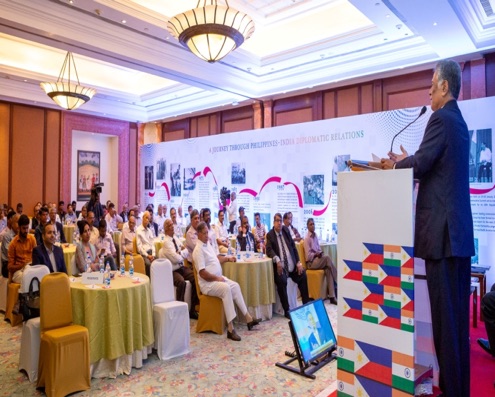 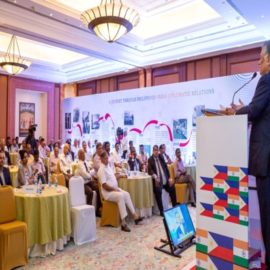 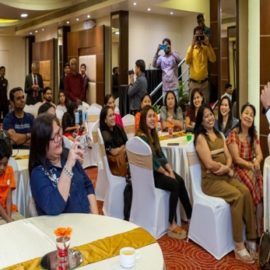 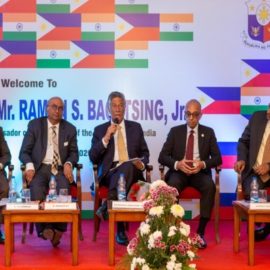 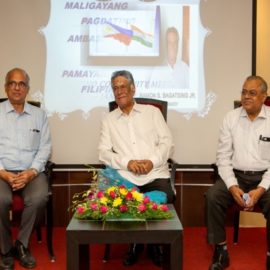 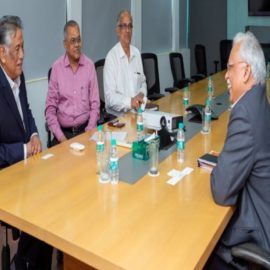 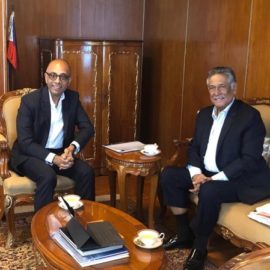 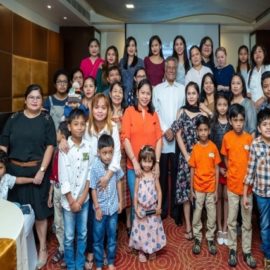 Philippine Ambassador to New Delhi Ramon S. Bagatsing, Jr. delivers his address before the audience. On his left, is the journey wall of the 70th anniversary of the Philippine-India diplomatic relations. (New Delhi PE photo) 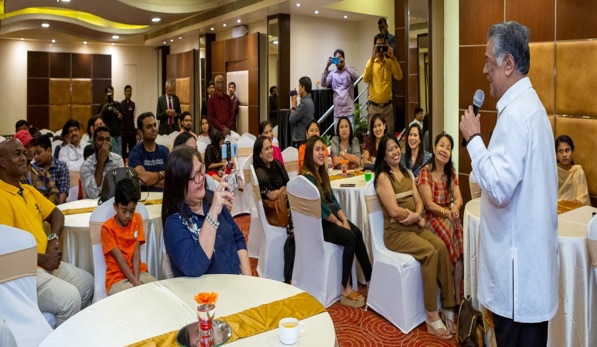 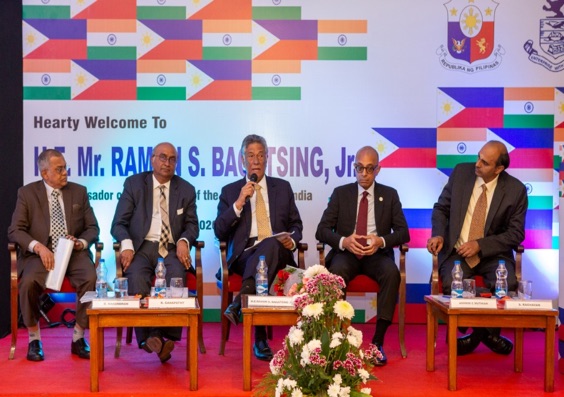 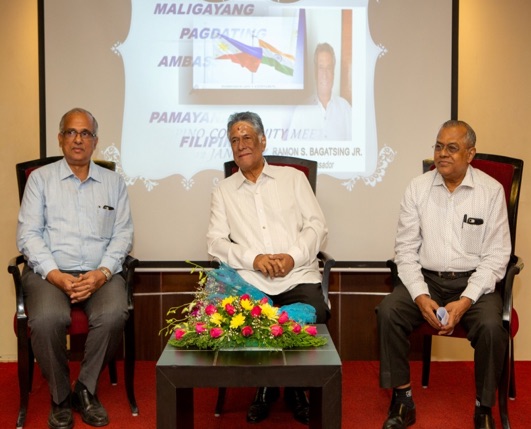 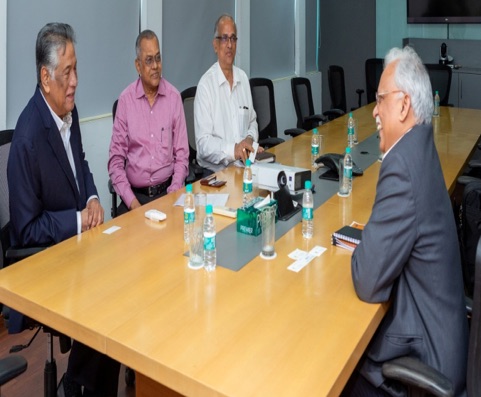 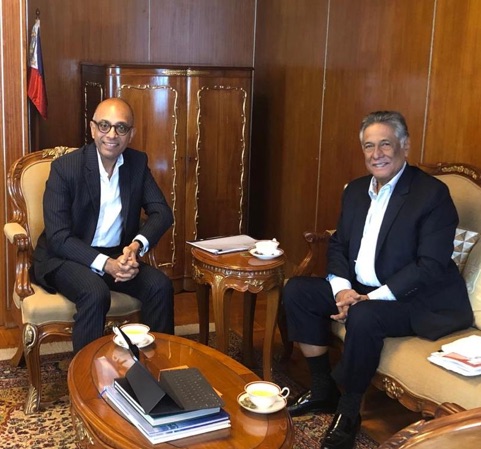 PHOTO: Philippine Ambassador to New Delhi Ramon S. Bagatsing Jr. (right) met with Philippine Honorary Consul General to Chennai Mr. Ashwin Muthiah (left) on 13 January 2020 to discuss future activities and endeavors to strength the Philippine-India relations after recently celebrating the 70 years anniversary of diplomatic relations.The Ambassador, on behalf of the Philippine Government, expressed his appreciation and support to the Philippine Consulate General in its efforts in assisting the Filipinos in distress aside from the visa services it renders to the public. (New Delhi PE photo) 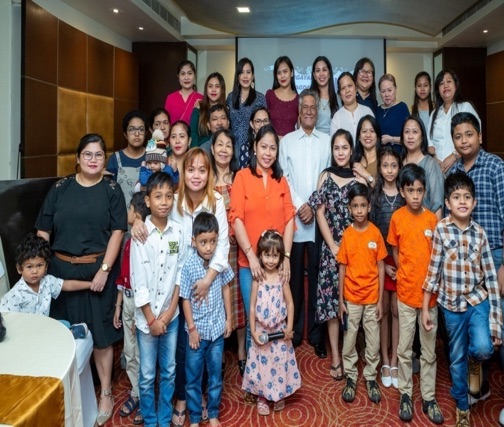 Philippine Ambassador to New Delhi Ramon S. Bagatsing, Jr. together with the members of the Filipino community in Chennai. (New Delhi PE photo)

Chennai – To support the economic diplomacy initiatives of the Philippine Embassy, Philippine Ambassador to New Delhi Ramon S. Bagatsing, Jr. delivered his address during the interactive session on Trade and Business Opportunities of the Southern India Chamber and Commerce and Industry (SICCI) which was held at Welcome Hotel, Chennai on 14 January 2020.

At the sidelines of his visit in Chennai, the Ambassador together with Honorary Consul B. Narendran and Honorary Vice Consul E.N. Rangaswami met with Atlantic Gulf and Pacific Co. (AG&P) Managing Director PPG Sharma to discuss concerns in doing business in India and sought the company’s support in promoting the Philippines as trade and investment hub.

AG&P is a 119-year old oil gas and gas infrastructure company with specialization in gas and LNG logistics, distribution and applications with Global Headquarters in Singapore. AG&P has presence in India, Korea, United States, and the Philippines. The Philippines is the AG&P’s Headquarters for Construction Services, Shared Services, Engineering Services team (supporting Korea office), international recruitment office, and has two manufacturing yards in Batangas covering 150 hectares.

The Philippine Ambassador also met the members of the Filipino community during a “get together program” organized by the Philippine Consulate General in Chennai which was held at Hotel Residency, GN Chetty Road, Chennai on 12 January 2020.

The gathering gave the Ambassador an opportunity to introduce himself and to personally meet the Filipinos in Chennai. The Ambassador had an interactive session with at least 60 members of the Filipino community to apprise them of the developments of the Philippine-India relations, as well as to discuss their concerns particularly the immigration problems and issues of Indian nationals married to Filipinos. The Filipino community rendered chorus songs to add a festive mood during the event.

60 Filipinos arrive home from India, repatriated by the Department of Foreign Affairs

Answer the call of the wild with these exotic getaways

Tribute Portfolio Debuts in Kochi, South India, With the Opening of Port Muziris