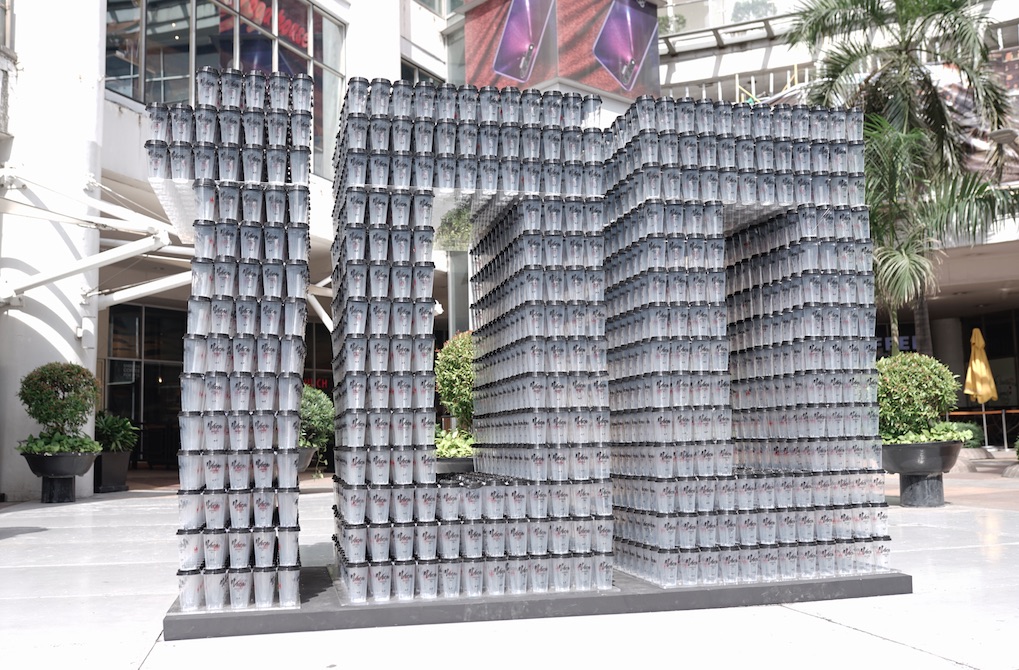 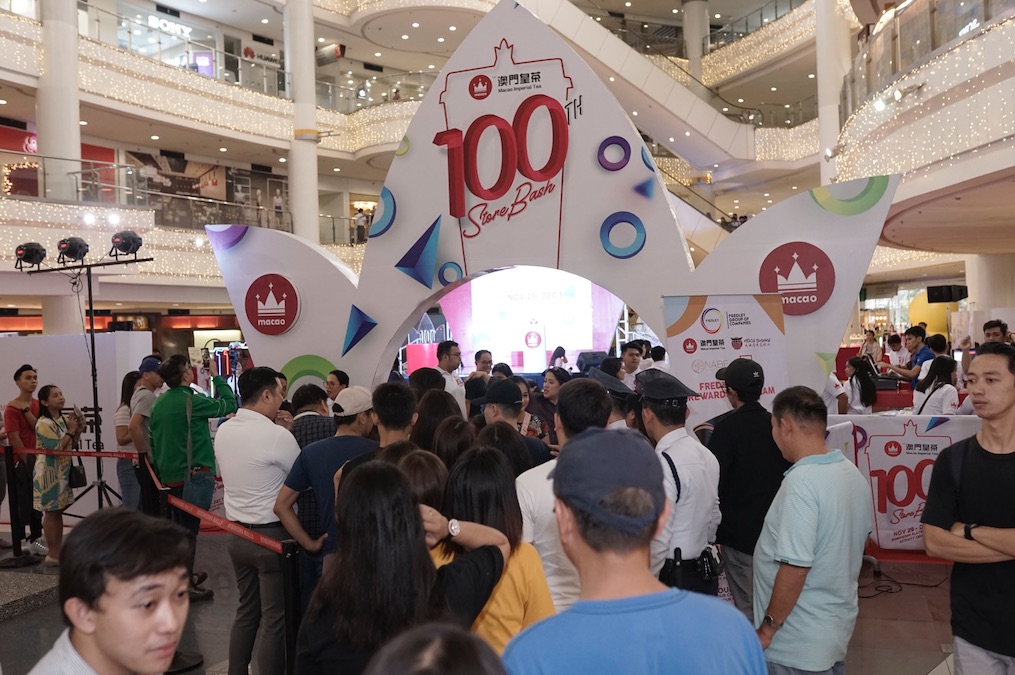 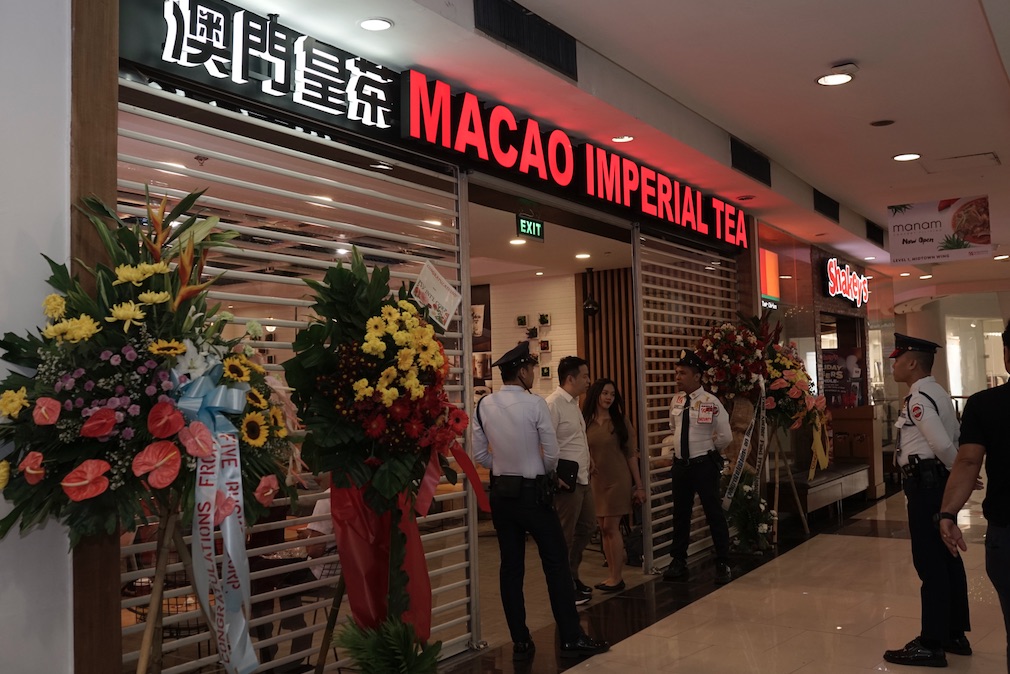 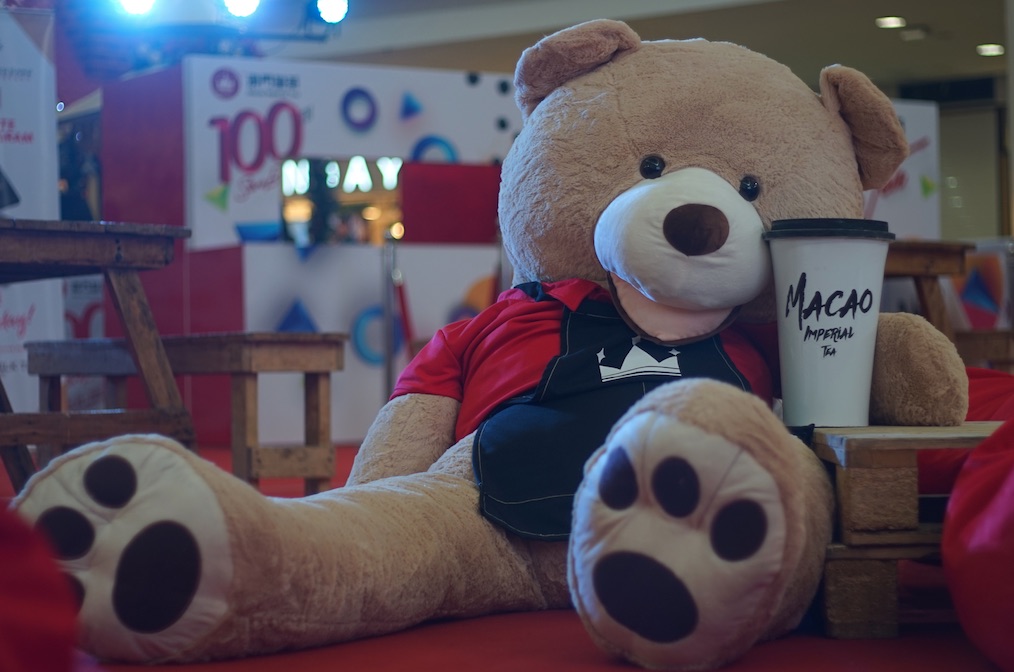 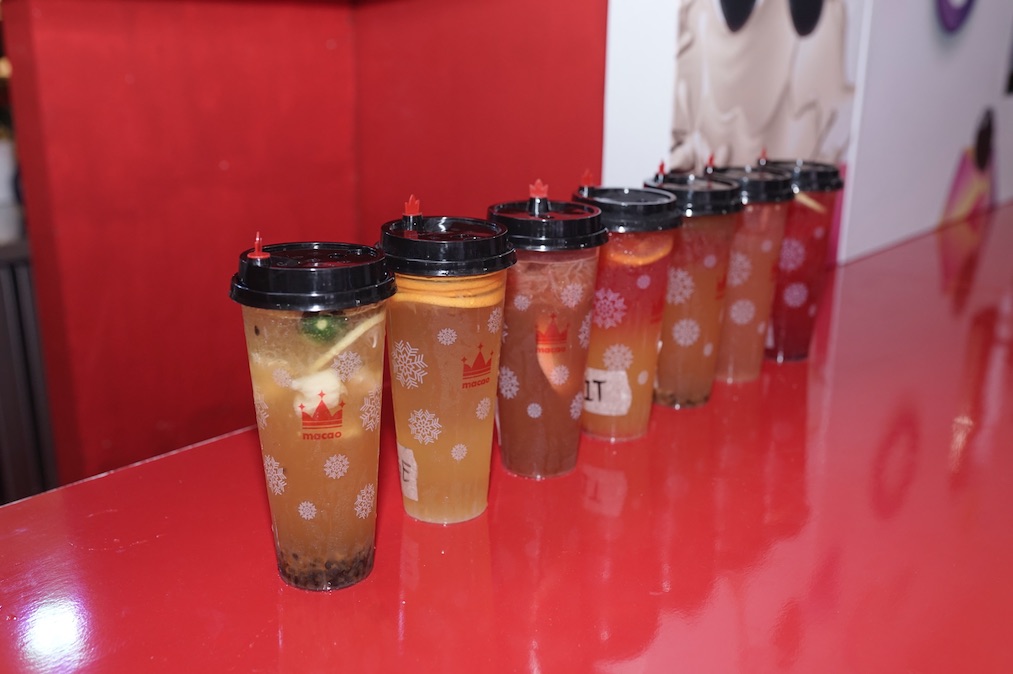 Fans were also treated to a glimpse of the Macao Imperial Tea’s Fruit Series which will be available soon. 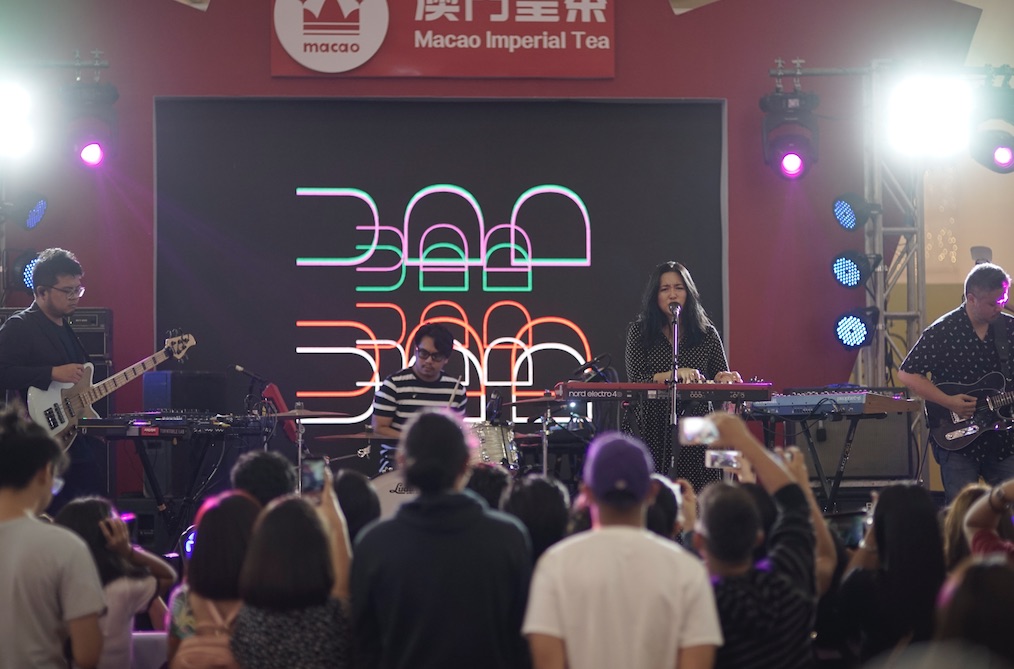 Indie favourite UDD hypes up at the crowd during their performance at the Macao Imperial Tea: 100th Store Bash. 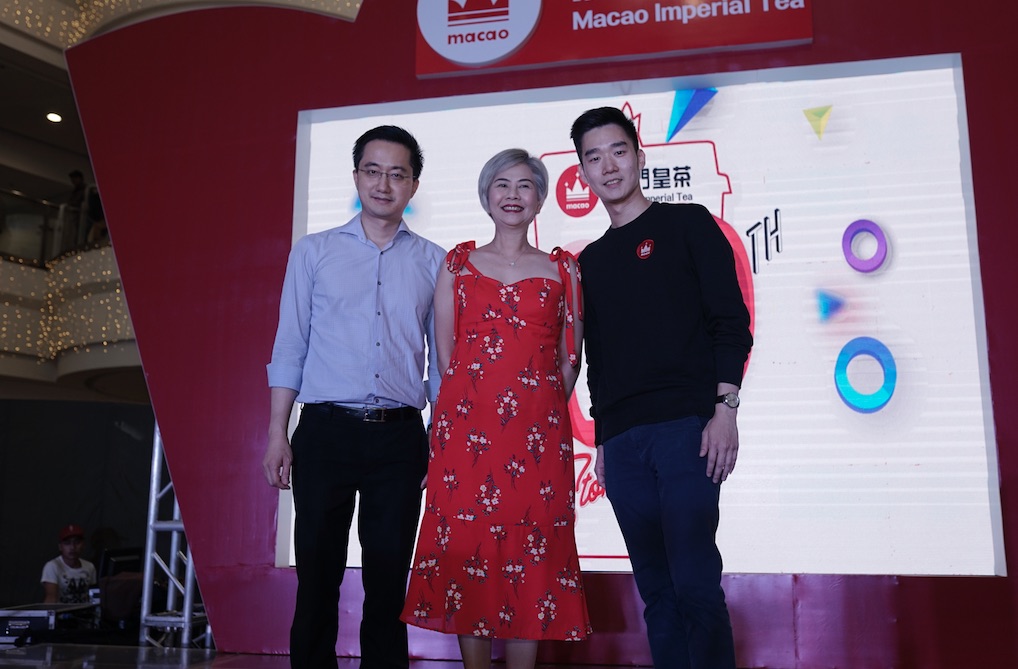 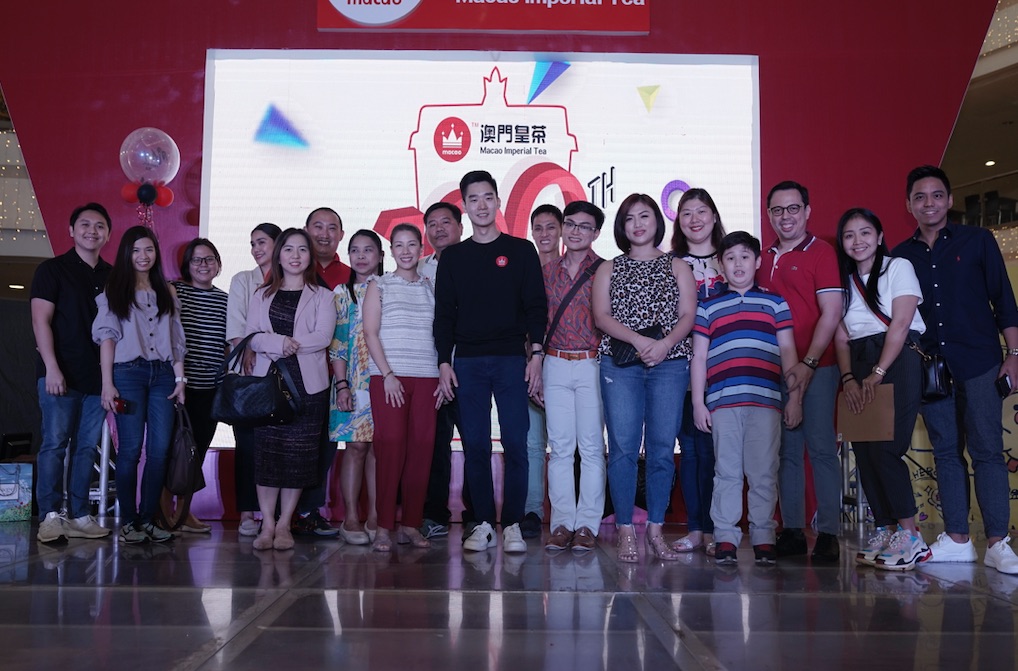 Macao Imperial Tea franchisees pose with Fredley Group of Companies CEO Avin Ong as they join in on the fun. 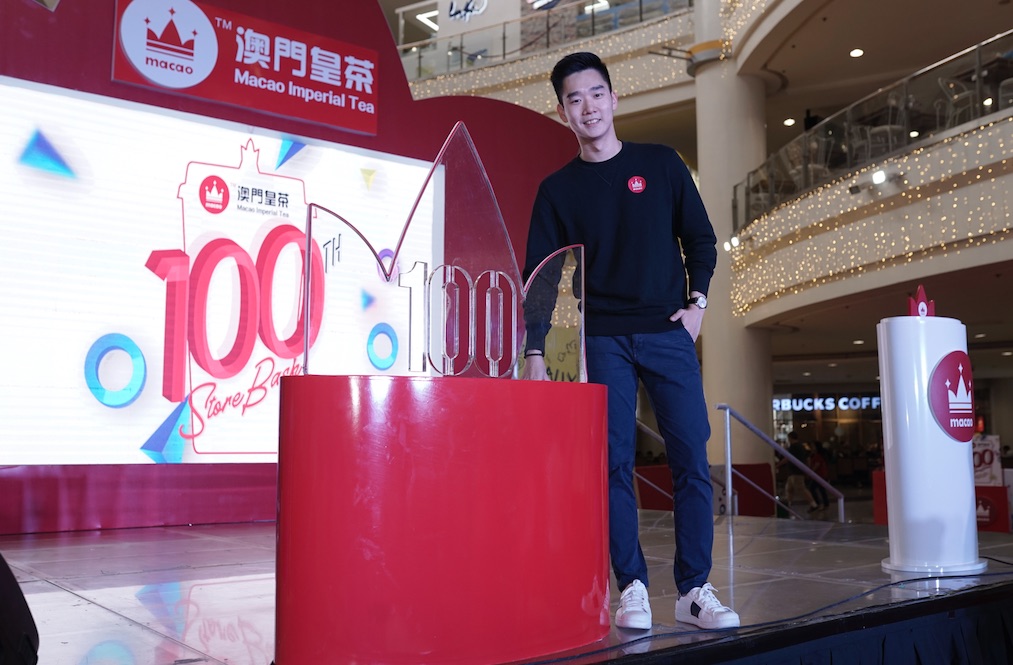 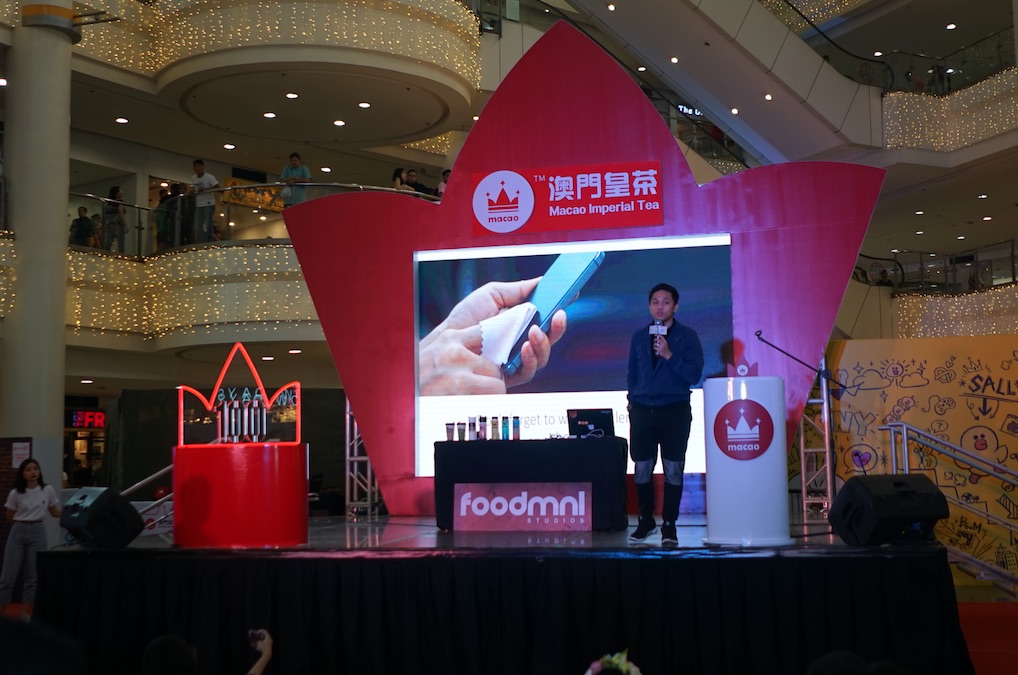 A creative workshop on food photography by FoodMNL was another highlight during the jampacked weekend. 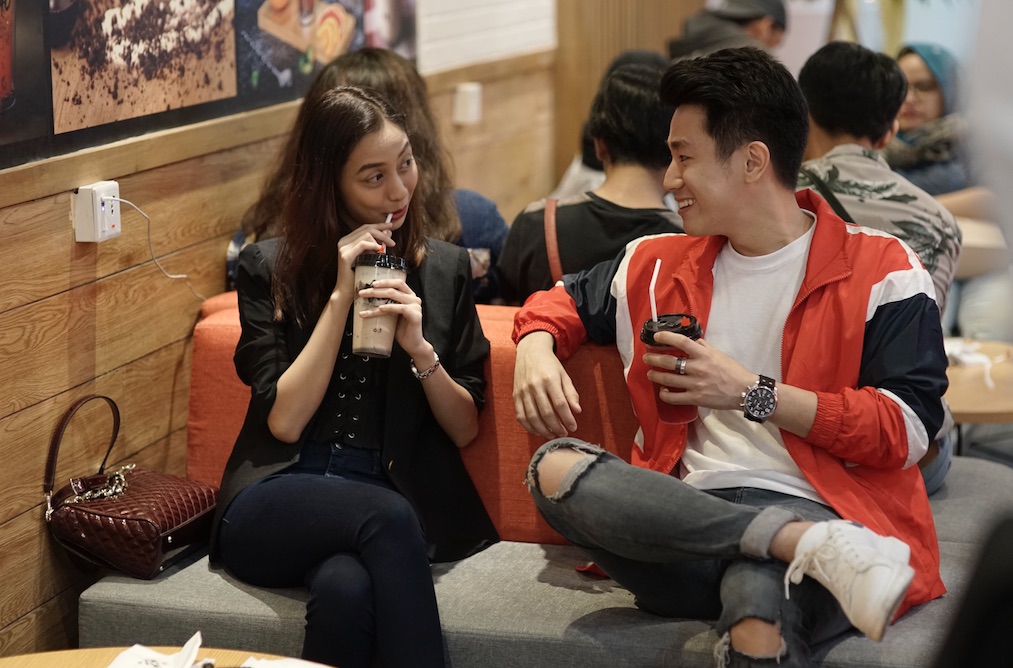 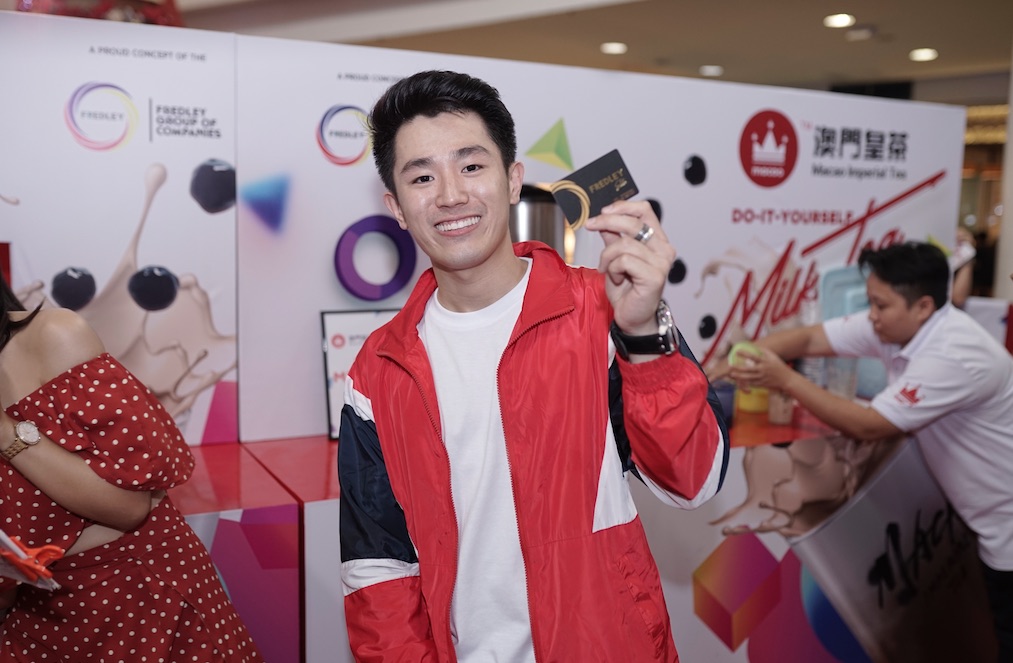 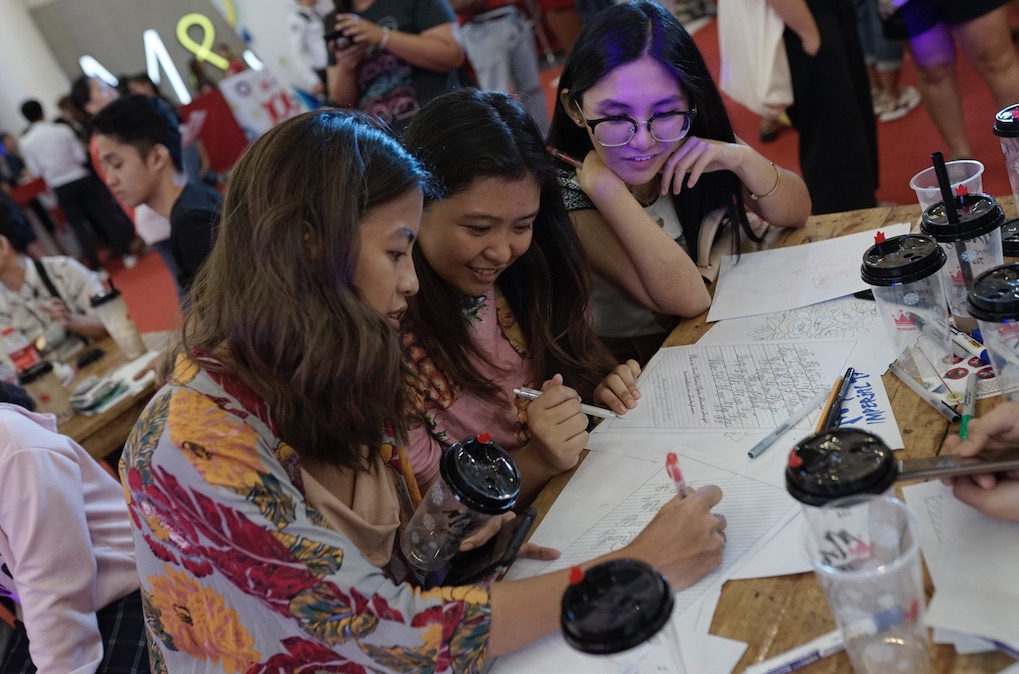 Calligraphy artist The Fozzy Book shares the basics of the art form at one of the creative workshops at the Macao Imperial Tea: 100th Store Bash. 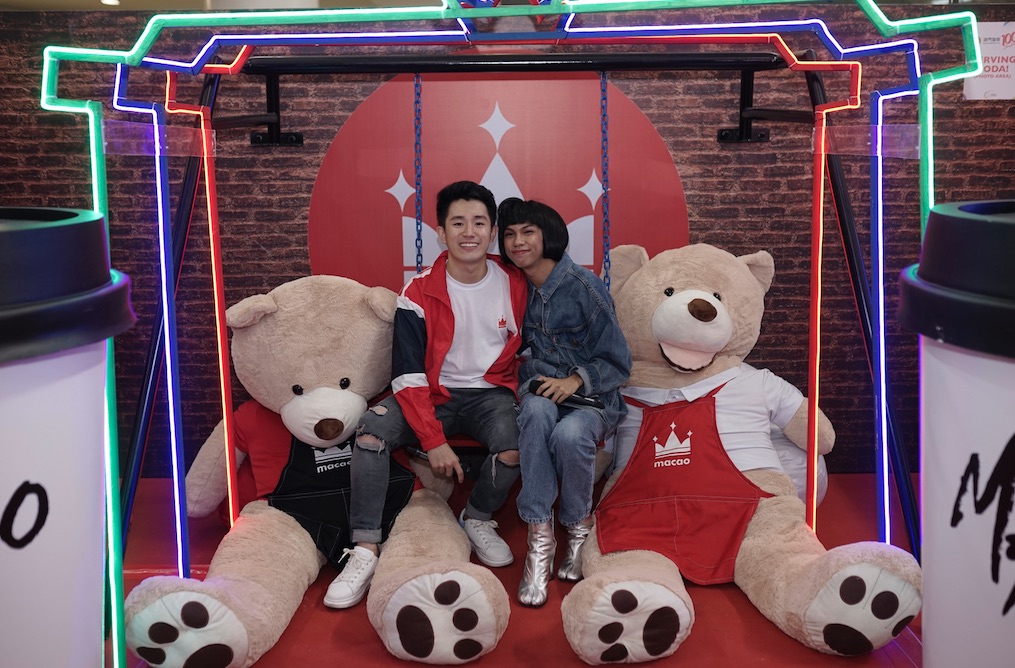 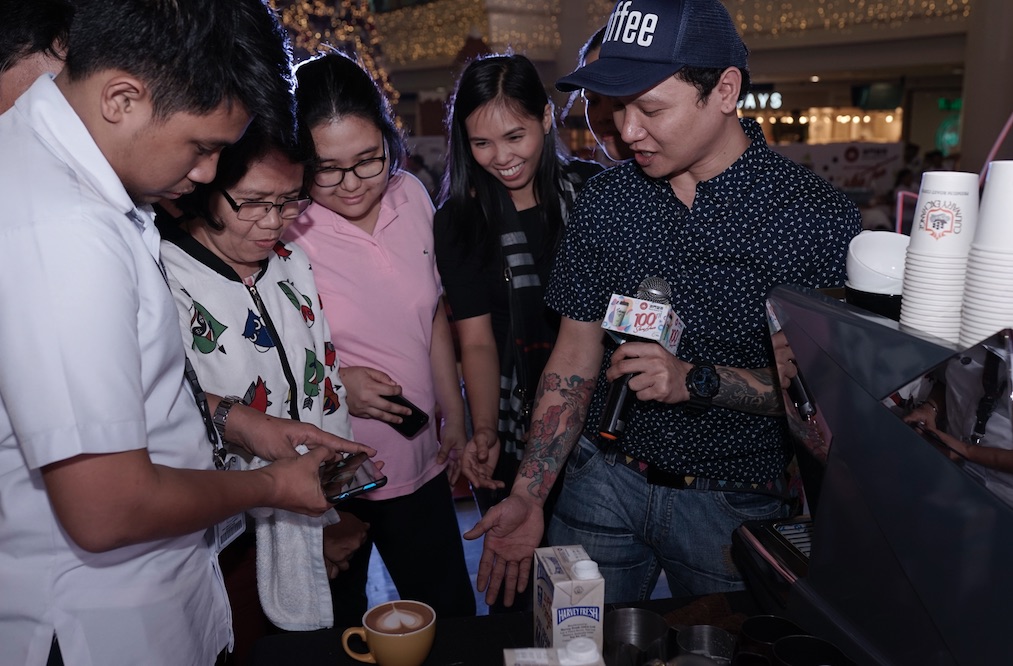 The award-winning baristas from Culinary Exchange talked about how to make the perfect coffee art during the Latte Art Workshop.

“This is not only a way to thank the public for their strong support. This celebration is also our way of looking back and moving forward towards even greater heights,” said Avin Ong, CEO of Fredley Group of Companies which handles Macao Imperial Tea here in the Philippines.

After opening its first branch in Banawe, Quezon City last 2017, Macao Imperial Tea has displayed unprecedented growth.After just a couple of years, the brand has aggressively expanded and has now opened its 100th branch at Robinsons Place Manila, which was the highlight of the event.

The weekend was also loaded with exclusive creative workshops such as Latte Art by Culinary Exchange, Food Photography by FoodMNL, and Calligraphy by The Fozzy Book. The event received even more fanfare as it was capped off by a captivating performance from renowned OPM band UDD.

Rising vloggers Mimiyuuuh and Benedict Cua were also in attendance adding layers of fun to the celebrations.

Best of all, Macao Imperial Tea also gave out special prizes to a couple of its loyal followers. Through a special raffle, the brand gave out a one-month supply and a year-round supply coupon of free milk tea.

According to Ong, Macao Imperial Tea is brewing even better things for the future.

“We are preparing for a stronger 2020 by the 3rd quarter, we’re set to open at least 200 branches nationwide. This target sets the tone on where we want to take the brand in the next couple of years,” Ong added.

To keep up the momentum, Macao Imperial Tea is working on new items on the menu as well as exciting brand collaborations.

Their rewards program, The Fredley Elite Card, was also launched during the Macao Imperial Tea: 100th Store Bash. The card grants its users exclusive freebies and discounts when they dine at brands under the Fredley Group of Companies.

Established in 2014, the Fredley Group of Companies owns and manages a variety of international and homegrown food and beverage brands. Currently, it handles Macao Imperial Tea, Mitasu Yakiniku, Nabe Japanese Izakaya and Hotpot as well as 107 Co-Working by Macao Imperial Tea. More exciting brands are about to be added to its portfolio in 2020.